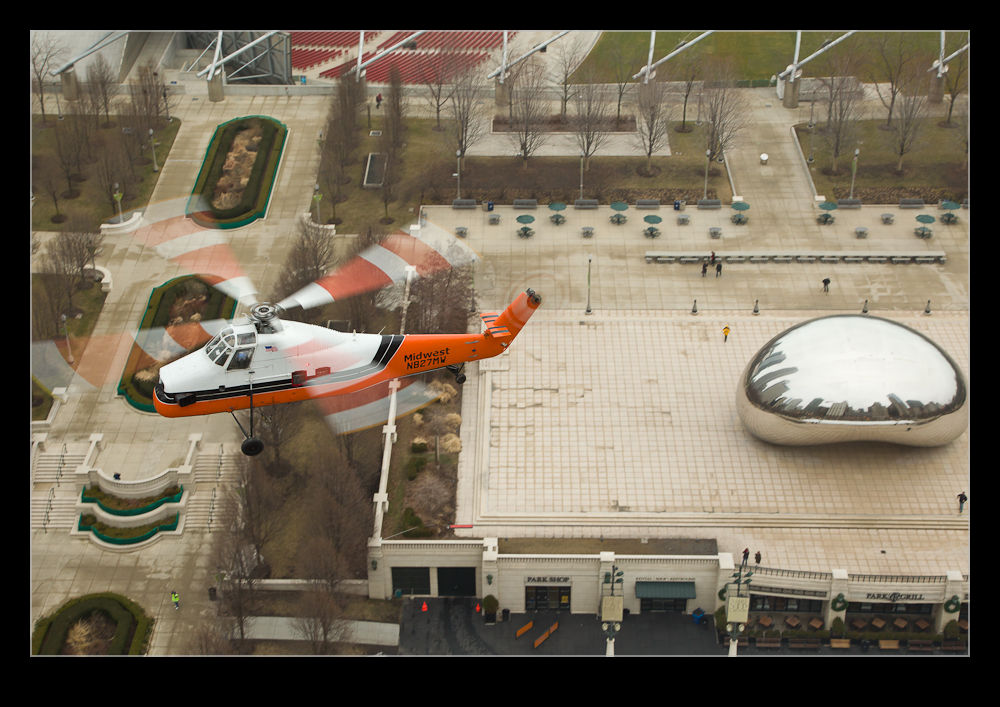 The good folks at Midwest Helicopters were recently undertaking another lift in downtown Chicago and invited me to come along.  This one required two goes since the date of the first attempt awoke to find cloud base down amongst the buildings – not ideal conditions for a flight of any sort let alone one that requires weaving between the buildings downtown. 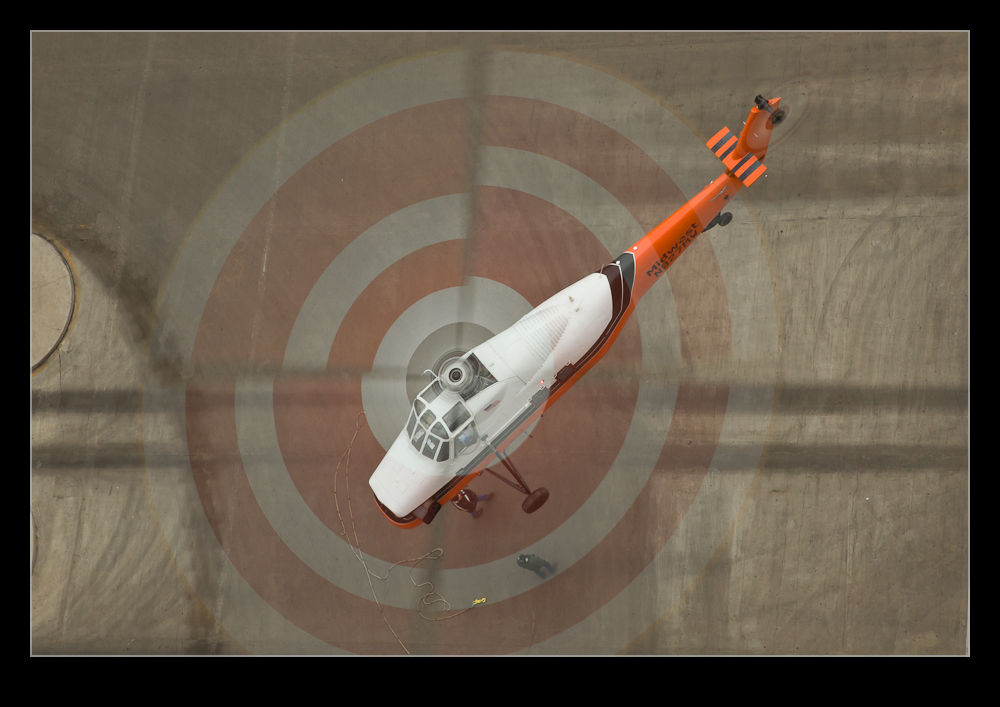 The forecast for the second attempt was considerably better.  In the end it didn’t quite turn out that way with a slightly grey and overcast morning for the lift.  This was a mixed blessing really.  I was going to be facing east so would have had some awkward lighting angles if the sun had been strong.  However, cloudy skies are not a great backdrop.  This limits some of what you can get but, in this case that wasn’t too much of a problem. 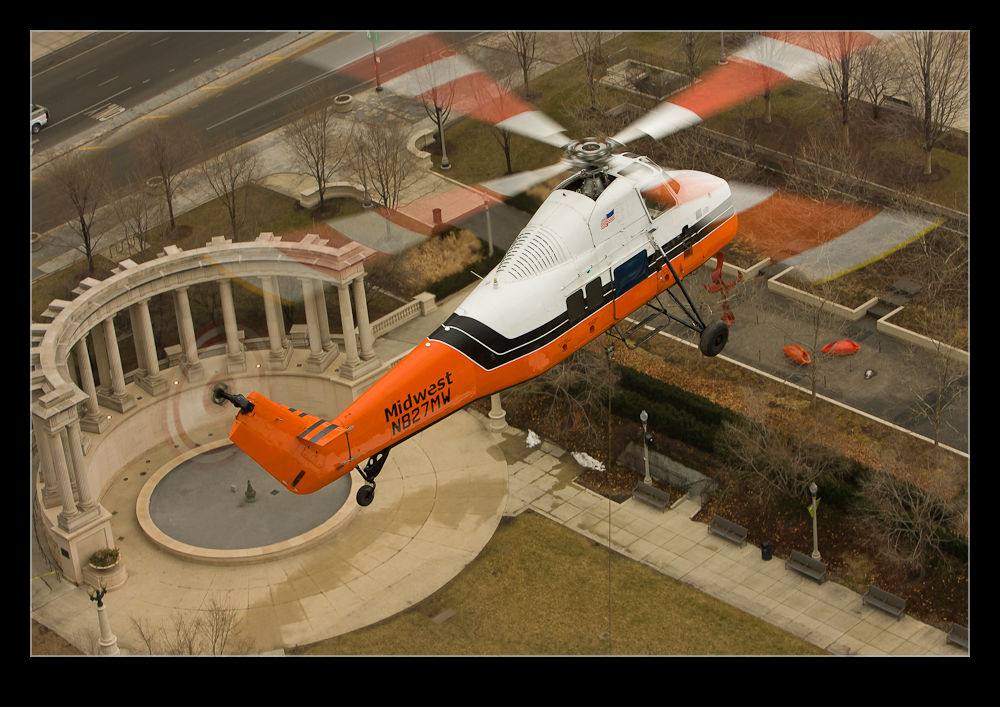 Cloudy skies also soften the light in total which can avoid some of the harsher contrasts that you can get shooting aircraft.  Since Midwest’s fleet are painted orange and white, this contrast on the airframe alone can sometimes be a problem.  Moreover, I have a lot of pictures of their fleet.  Shots against a blue sky are not terribly new but something that brings in the different backgrounds in which the work is being done are a lot more interesting. 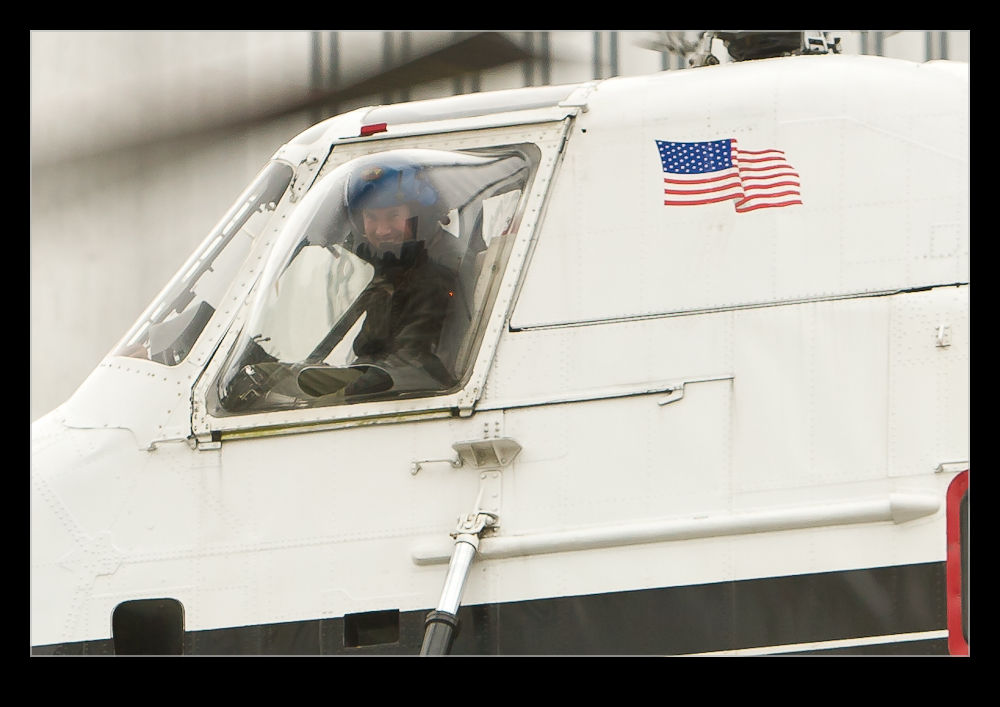 The location for the lift was a building directly across from Millennium Park.  This should be a photogenic location.  In advance of the job I was pondering where a good spot to shoot from would be.  Involving the Bean would be a good feature.  However, if I shot from near there, I would basically have one shot and miss the rest.  Getting a reflection in the Bean was another idea.  However, the shape of the Bean acts as a very wide angle viewer which means getting anything specific reflected in it – especially something not too large like a helicopter – is problematic.  The idea seems good but it is hard to make it happen.  If we had a second lift, I would certainly give it a go but I had to make this one count. 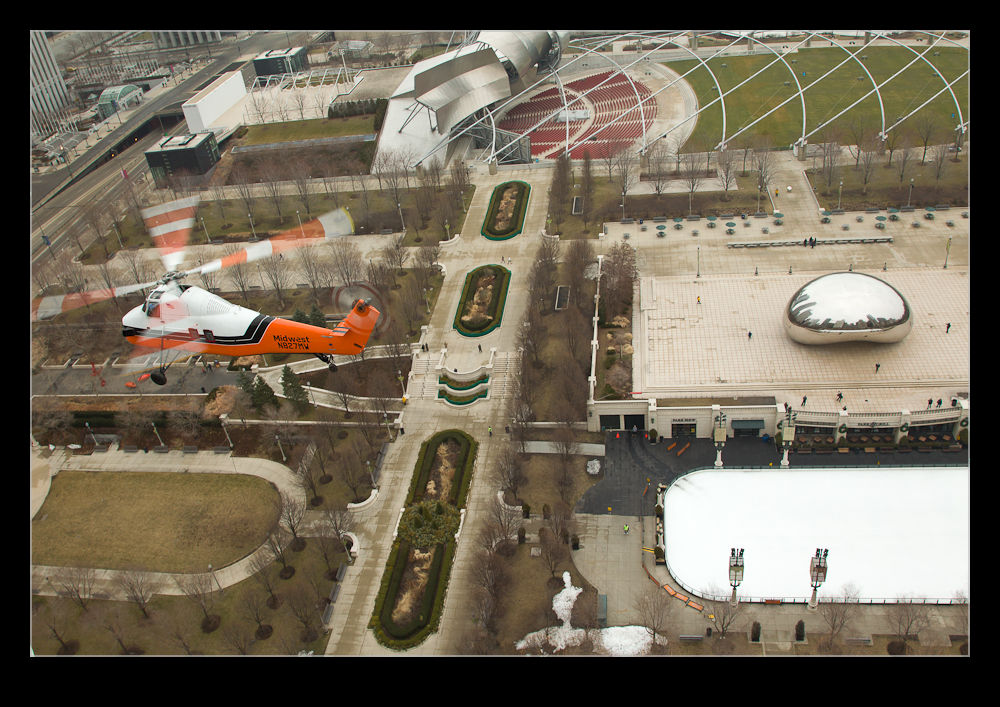 The roof was going to be the location of choice again.  This way I can get the aircraft with the park in the background, have it flying in front of other buildings, look down on it while it is low to the ground and also get some of what is happening on the roof as the load is set.  This was a little more tricky since I was actually operating mainly from a slightly lower section of roof than that on which the loads were being delivered.  I also had to make sure to keep myself out from underneath the path of the loads as they came up. 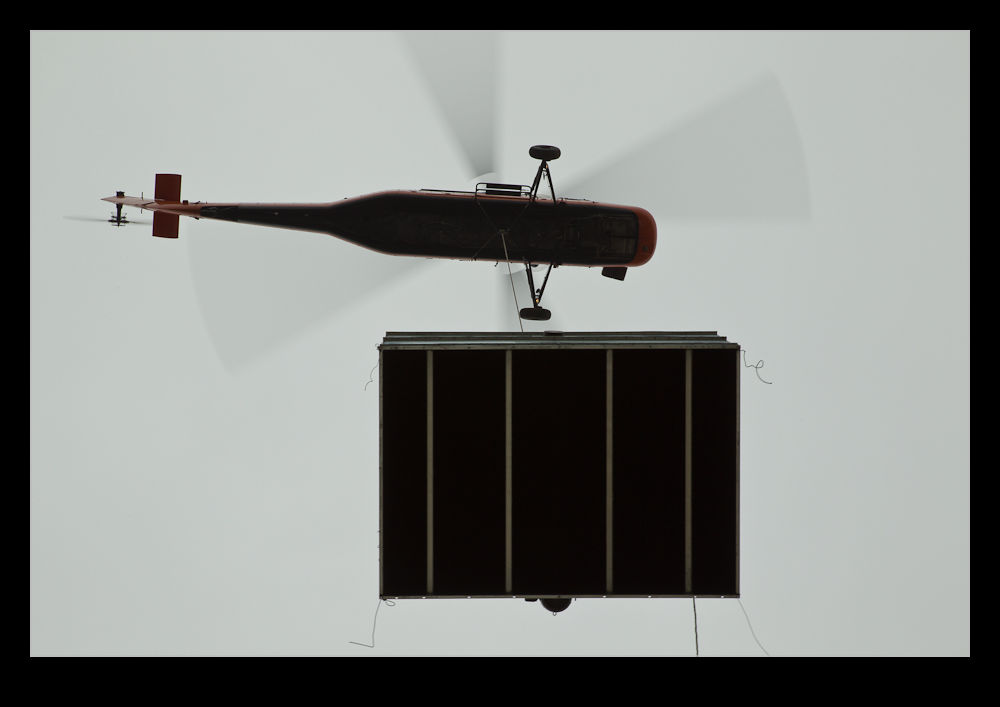 All in all, it went pretty well.  I got some good shots and most of what I was hoping for.  Sometimes you wish you could instruct the crew where to fly for the benefit of the shot but that isn’t why they are there!  However, it was funny at one point to look at the images and notice that Jim, the pilot, must have just spotted me as he brought a load up since he is briefly looking directly at me and grinning!  A couple of frames later and the grin is gone and he is back focused on the task – a task that requires quite a bit of concentration! 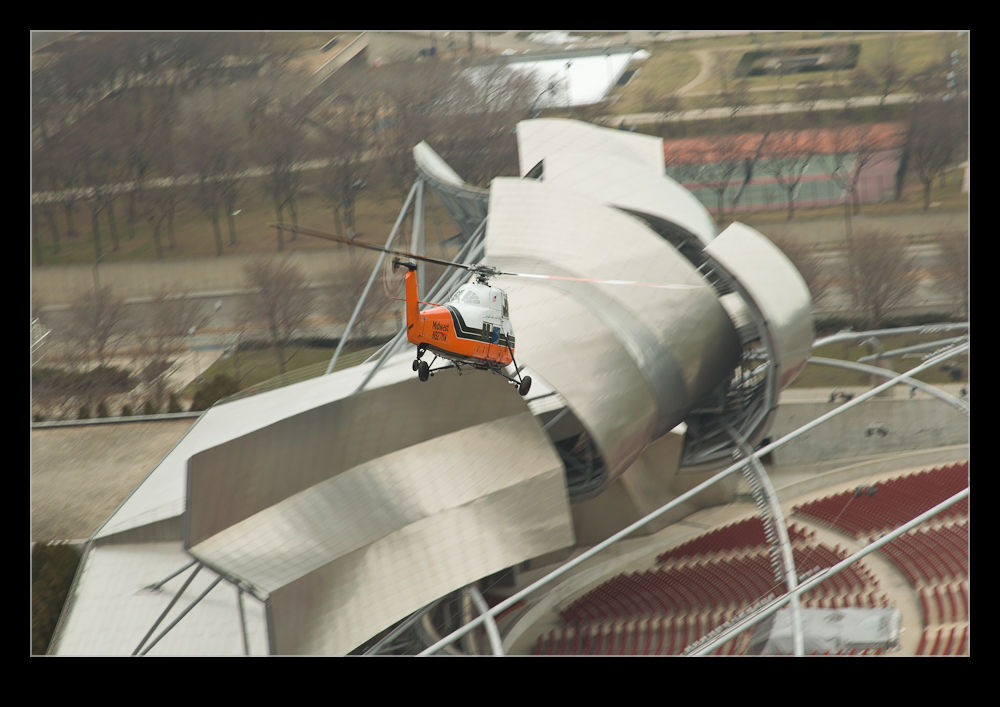 1 thought on “Millennium Park and a Helicopter? Result!”