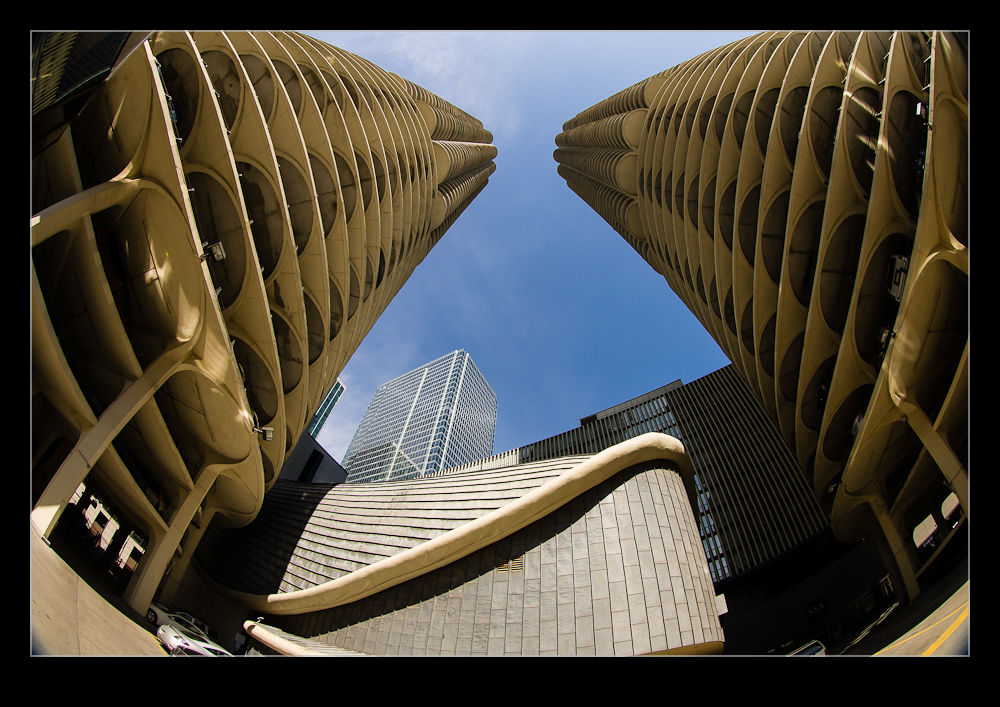 When you live in a city that has a bunch of recognizable landmarks, you start out by taking a lot of pictures of them.  After a while, you figure that you have done all of that and move on.  However, you have never done everything you could and so, every once in a while, it is worth trying again with something familiar in case you come up with something new. 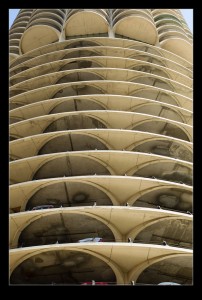 So it has proved to be with Marina City.  These two towers (also colloquially known as the corn cobs) are just a couple of blocks from where we live.  When we first moved here I certainly shot them a lot.  Recently, I was wandering back along the river and decided to pay them a quick visit.  I was going for a couple of shots when I got there.  One is to crop in close on the structures to turn them into something more abstract.  The other was to get between them and shoot straight up to turn them into something different. 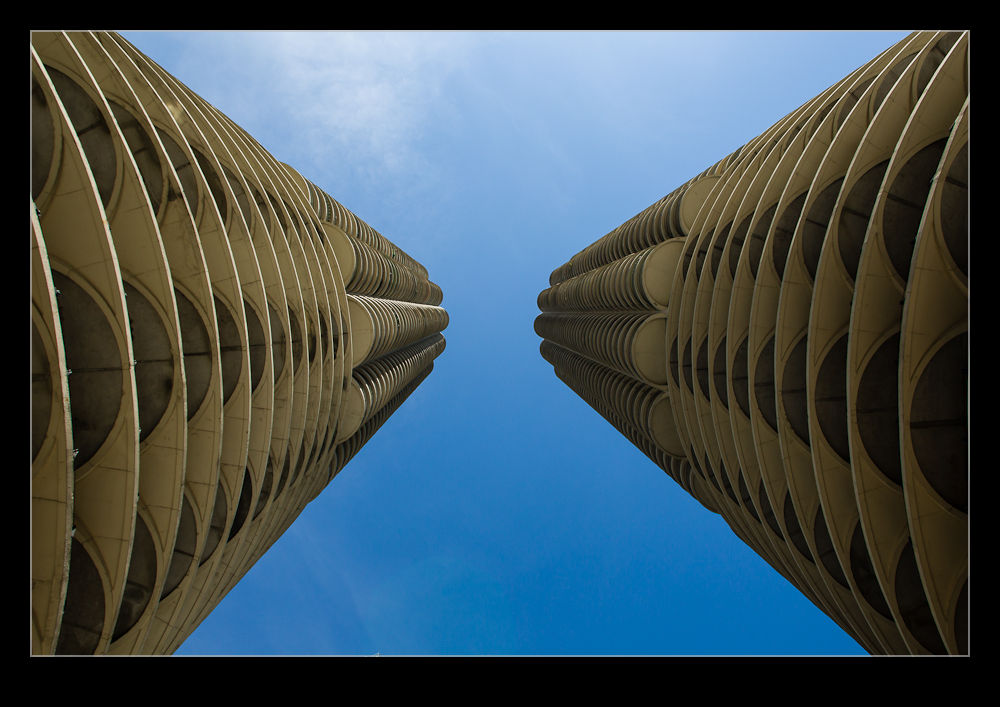 I had a wide angle zoom and a fish-eye with me, both of which can have advantages with these types of shots.  The access to the buildings is very good so I had a lot of opportunity to mess around with variations on the theme.  In the end, the ones you see here are some of those that I liked the most from the effort.  I shall now ponder for a while whether there is something different I should try next time. 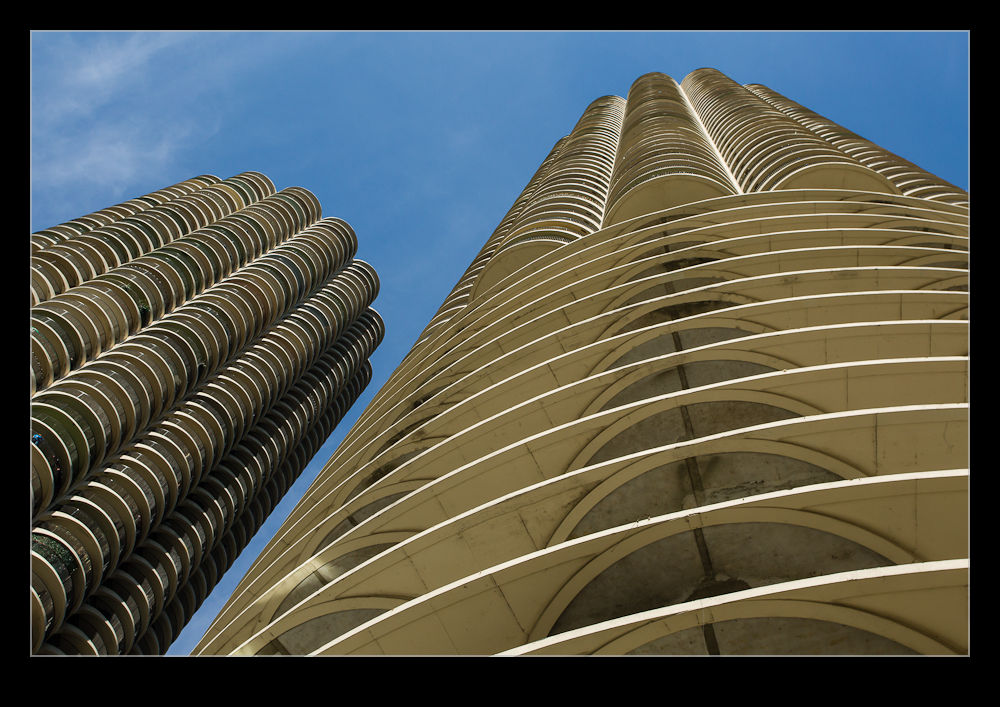