Living in a high rise in the city, I have a lot of chances to shoot things that I can only see through the windows.  This has been a tricky thing to deal with over time and I have come up with various solutions with varying success.  A couple of times I have thought about making something myself to be the solution but have never got around to it. 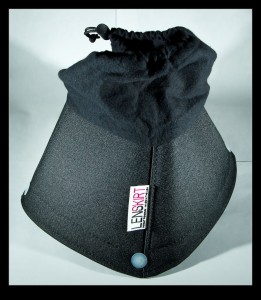 Now someone has made something that pretty much does what I want.  It is called the Lenskirt.  It is a black squared funnel that has a fabric sock at the base which cinches around the barrel of your lens.  I has four suckers at the four corners that will attach it to glass.  The idea is that it blocks any light coming in from the side and reflecting off the glass and back into the lens.

I love this idea.  However, the $49 price seemed a little steep for what it is.  However, i did buy one and it has just arrived.  Overall, I am quite pleased with it.  My suspicions about it being a bit overpriced seem valid but it does do what I want.  Moreover, it handles my widest lens (the 17mm) without any problem.  It allows flexibility of placement so you can shoot at an angle without seeing the skirt.  Therefore, while it is a bit pricey, the alternative is something I have never bothered to do so it is probably worth it to me. 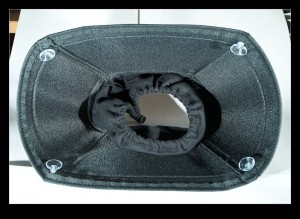 This could have other applications other than shooting through normal windows.  It might be useful in an aircraft when you can’t open a window to shoot out as well.  I am never a fan of shooting through something since the surface is often of poor quality but sometimes you have no choice.

Could it be improved?  Yes.  I would have made the rim stitched to sit flat to a surface when attached rather than having to bend out.  Also, I might consider a slightly more rectangular shape given the format of shooting (although that would impact on the ability to fold it flat).  It is slightly wider than deeper but given the need to look sideways sometimes, a little more width might be good.  (The shot above makes it look a lot wider than it really is by the way!)  I might also have gone for a less reflective black material  just in case.  As I try it more, we shall see if other issues come up.  However, so far, a welcome addition to my bag.