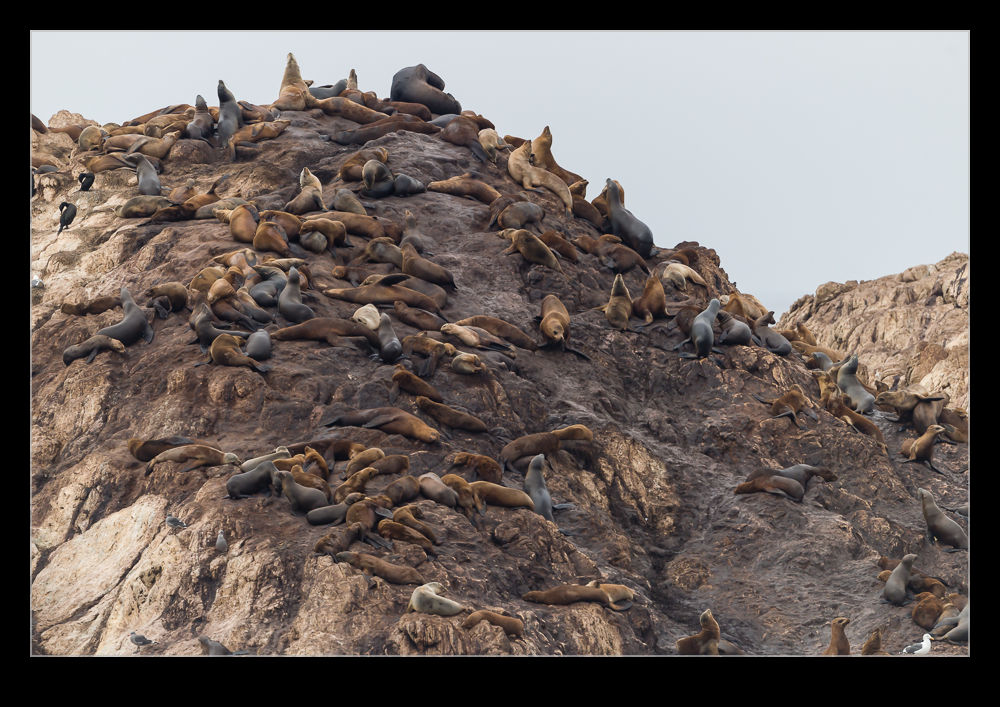 There are more sea lions along the coast of 17 Mile Drive than you can shake a stick at. The rocks just offshore are covered in them and the water surrounding the rocks is also pretty full. One thing I hadn’t seen before was just how much the sea lions seemed to enjoy leaping from the water. I have no idea whether they do this for fun or it is practice for something more important – avoiding sharks perhaps? Either way, it was pretty neat. 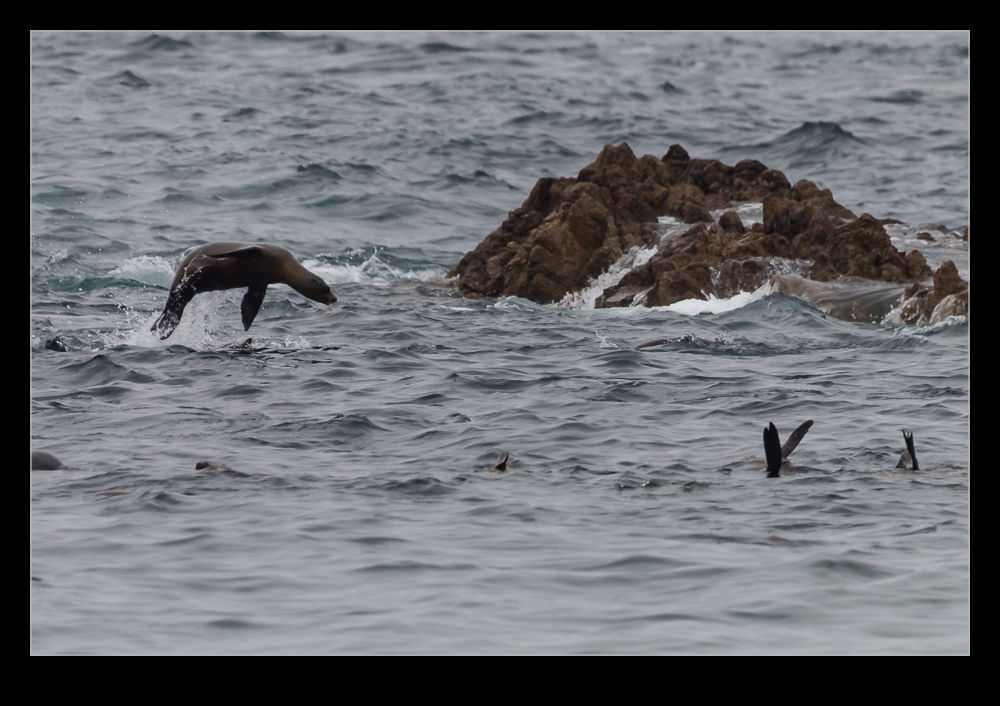 Unfortunately, they don’t give you a warning about where and when they are going to jump. Consequently, getting a shot was tricky. I got plenty where they were in the frame somewhere but not when I had focus. Consequently, they are a blurry shape off to one side. However, a few times I was pointing in the right direction and managed to catch them while airborne. In the best traditions of fishermen’s tales, the ones I didn’t get were far more dramatic with them further out of the water. You will just have to take my word for it unless you want to go there yourself to see.

I figured a bit of animation was probably worthwhile for some of these too so here is a GIF of one of the leaps.