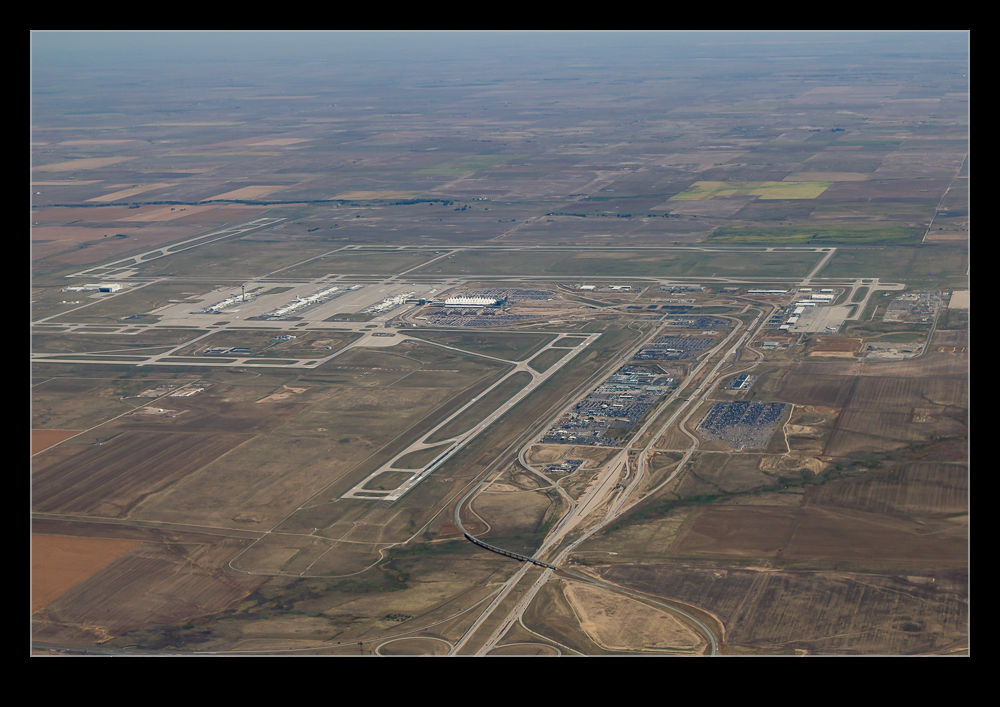 I had some shots on a previous post of Denver International Airport. I was back there again after that visit and we flew an approach that brought us past the airport before circling back in to land. I got some shots of the field as we came by. They give some idea of the size of the airport as well as its ability to expand in the future. The layout of the runways also shows up well. This is an example of what you get if you design an airport from scratch rather than expand one you already have with development encroaching upon it. 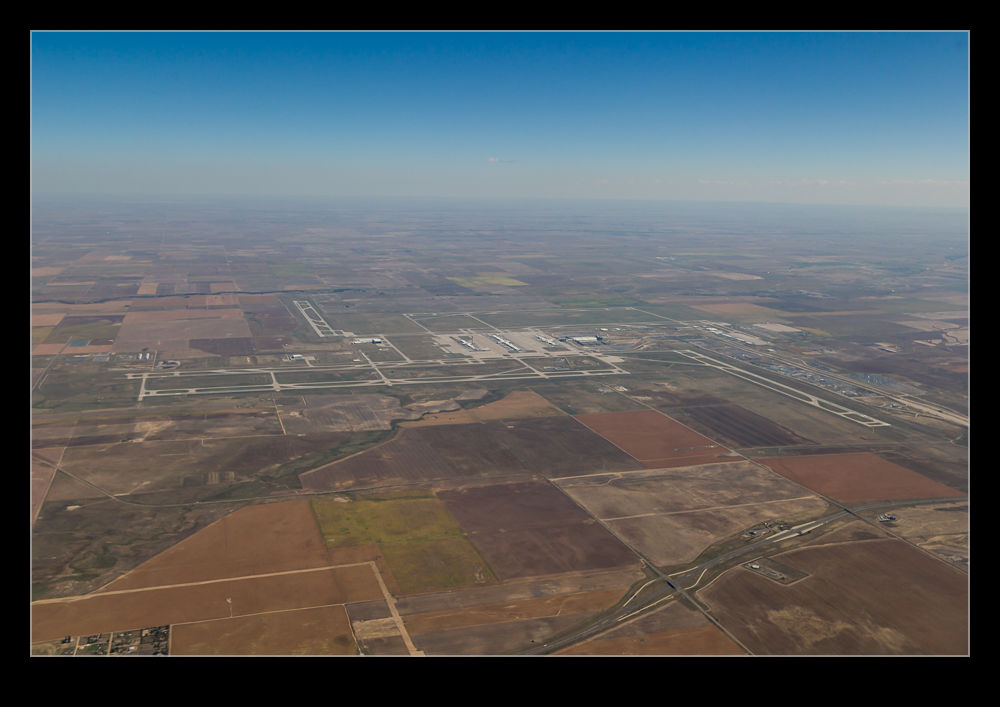 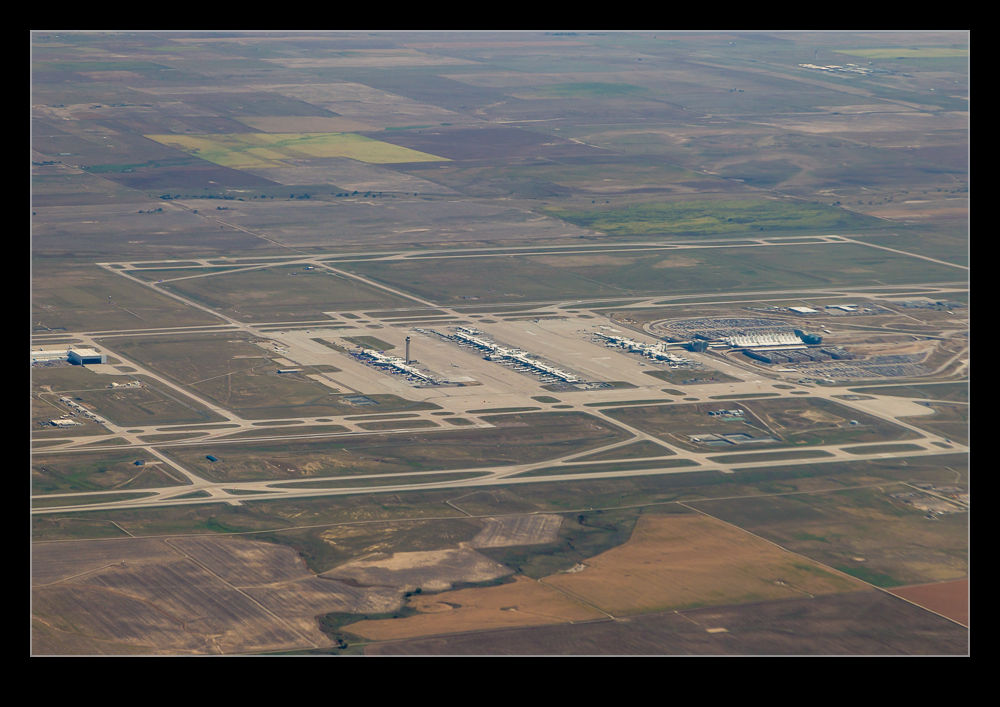