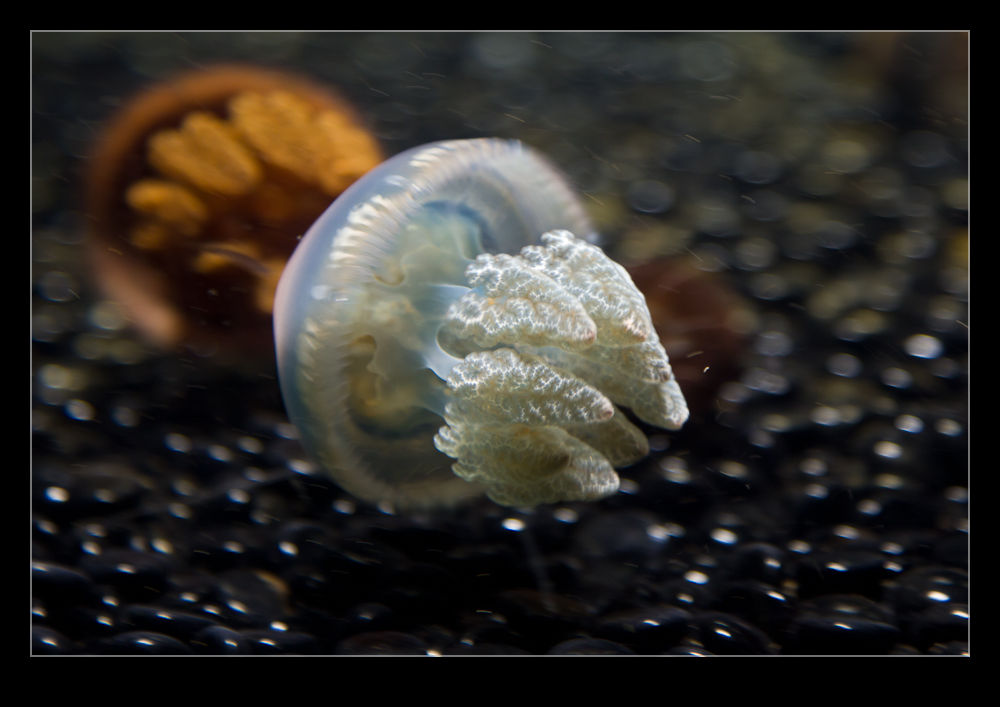 If you want an example of how long it can take me to get around to something, how about the jellyfish exhibit at the Shedd Aquarium.  This has been going on for ages – I think we talked about taking my Mum there in August and it had been around for a while – but we have finally got around to seeing it.  Actually, we thought January would be a really good time to go since it wasn’t peak season. 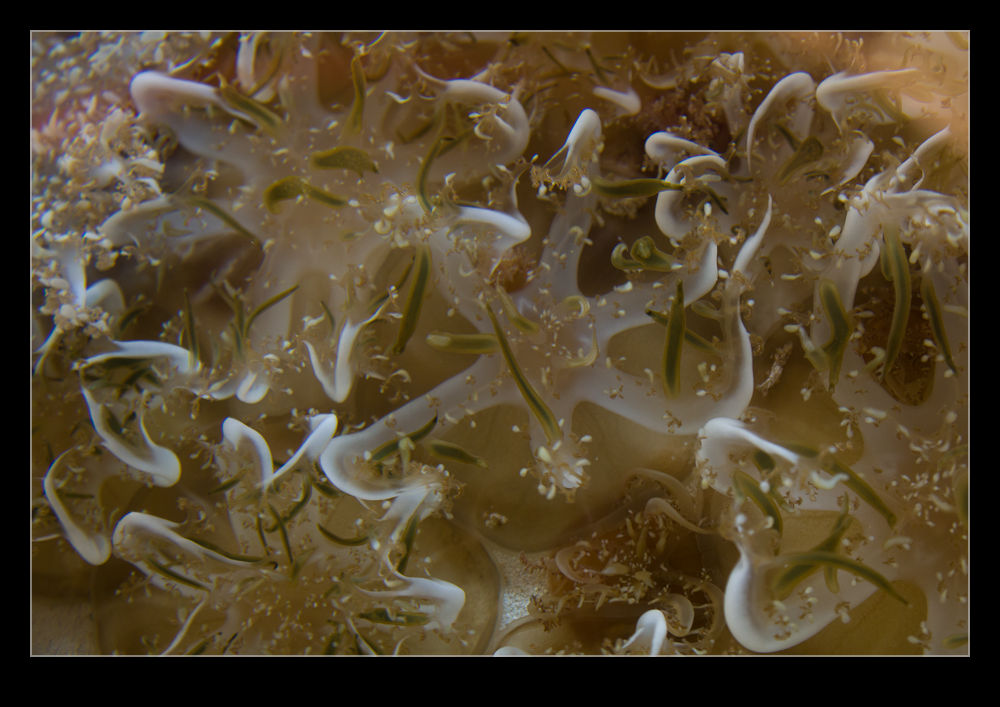 In the summer, the line to get into the Shedd can stretch quite a way and on a sunny and hot day, it can be a touch uncomfortable.  A January day seemed like it was far more likely to be quiet.  What we hadn’t counted on was that they were running a promotion for Illinois residents.  They had the basic admission price waived and any more expensive tickets had the same amount discounted.  This appealed to a lot of people judging by the line. 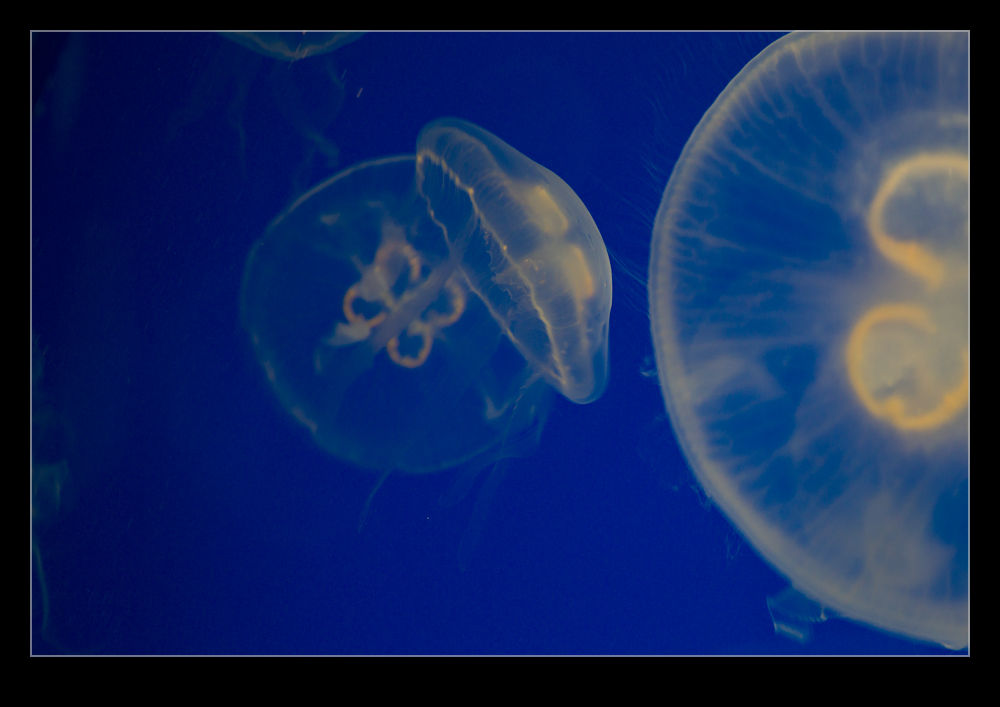 At least we got the discount too so we stuck it out and made our way in to the building.  Since the jellyfish were the main reason for being there, we did that first.  It was a neat exhibit.  They had some really informative stuff about jellyfish, how they live and what they do – not a complex life you understand, just eat, reproduce and die – but some interesting stuff all the same.  They had a variety of different species floating around in their tanks. 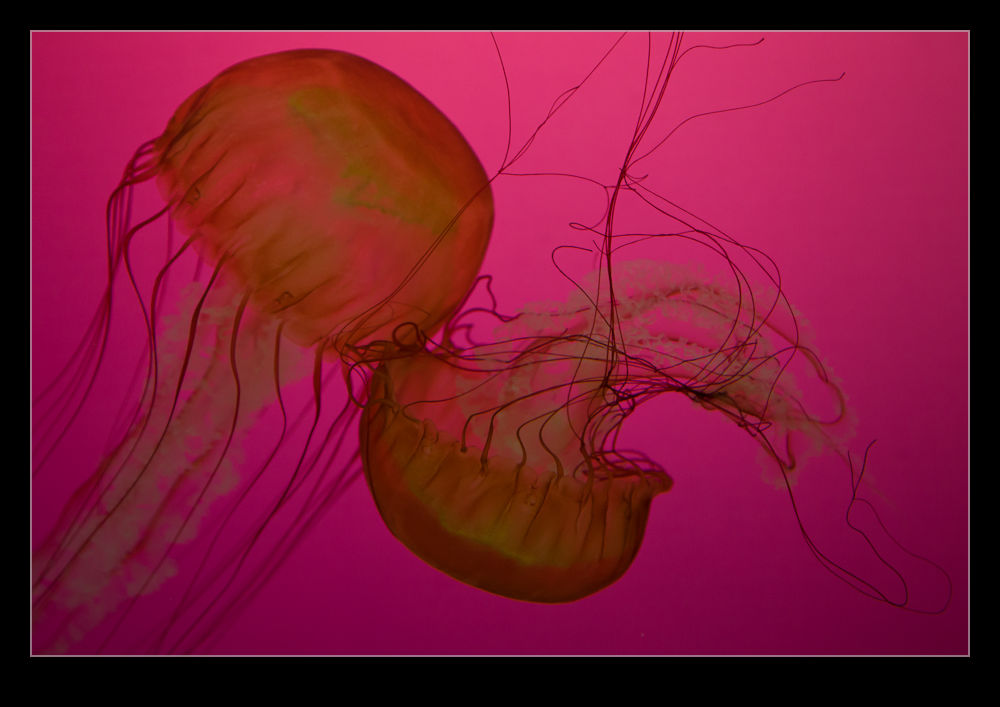 I had gone equipped with a remote flash to think about shooting them but the Shedd is a flash free environment.  Instead, I was glad to have the MkIV since I was able to crank up the ISO quite a lot.  At the really high ISOs the noise does become apparent but at least you get the shot and if you aren’t pixel peeping, it is not too big a problem.  Besides, you are shooting through thick tank walls so how good can the images really be? 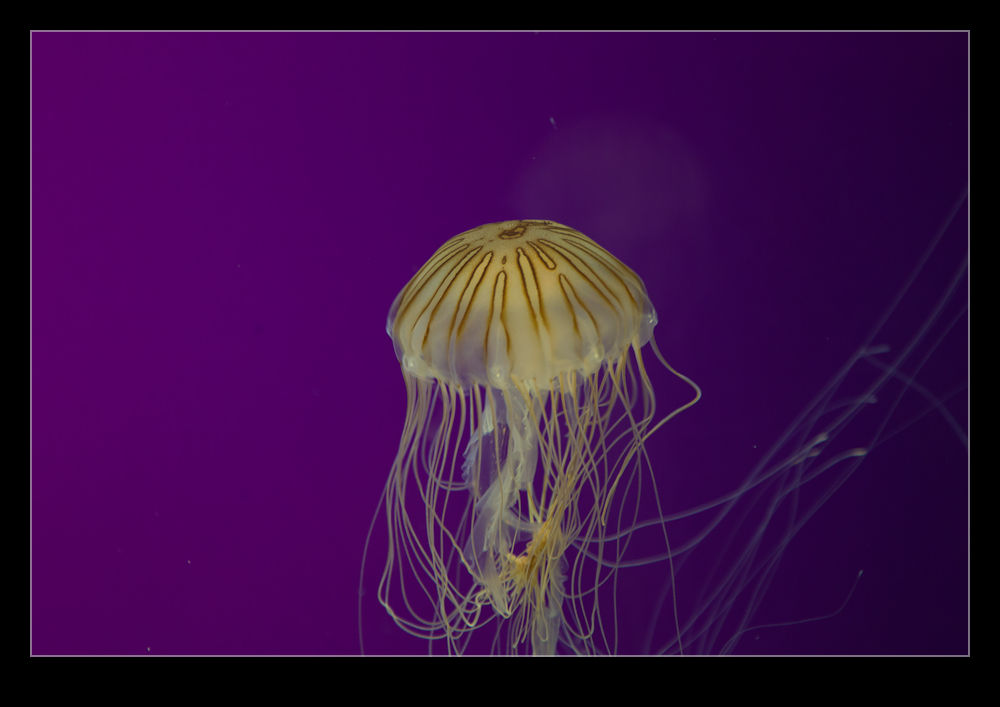