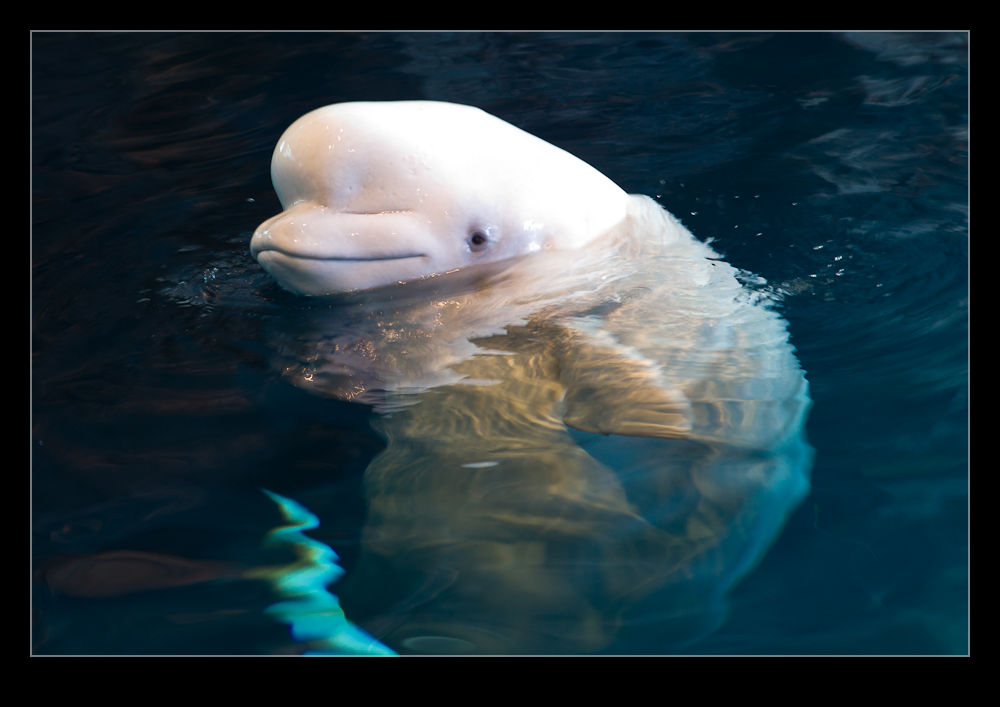 Since we were at the aquarium and had paid the entrance fee, we weren’t only going to look at the jellyfish.  We aren’t members of the Shedd so coming and going like we do at the zoo or the arboretum is not a practical solution.  Therefore, we had a list of things we also wanted to take a look at while we were there.  One of these was the Beluga Whales. 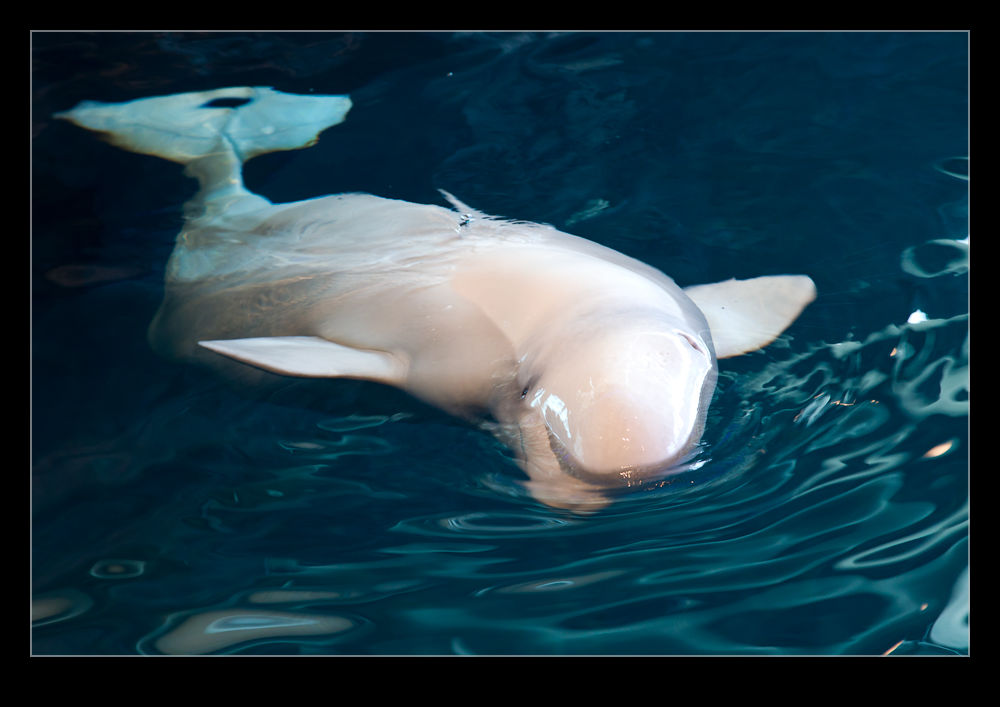 We both have a soft spot for the Belugas.  For Nancy’s birthday a few years ago, I bought her a Beluga Encounter where so got to stand in the tank with the whales while the trainers instructed them on how to work with them to do various activities.  She had a great time!  Anyway, they are a sweet looking creature and, since they are the only whale with a flexible neck, they have a way of appearing to be more human, even if it is only in your mind. 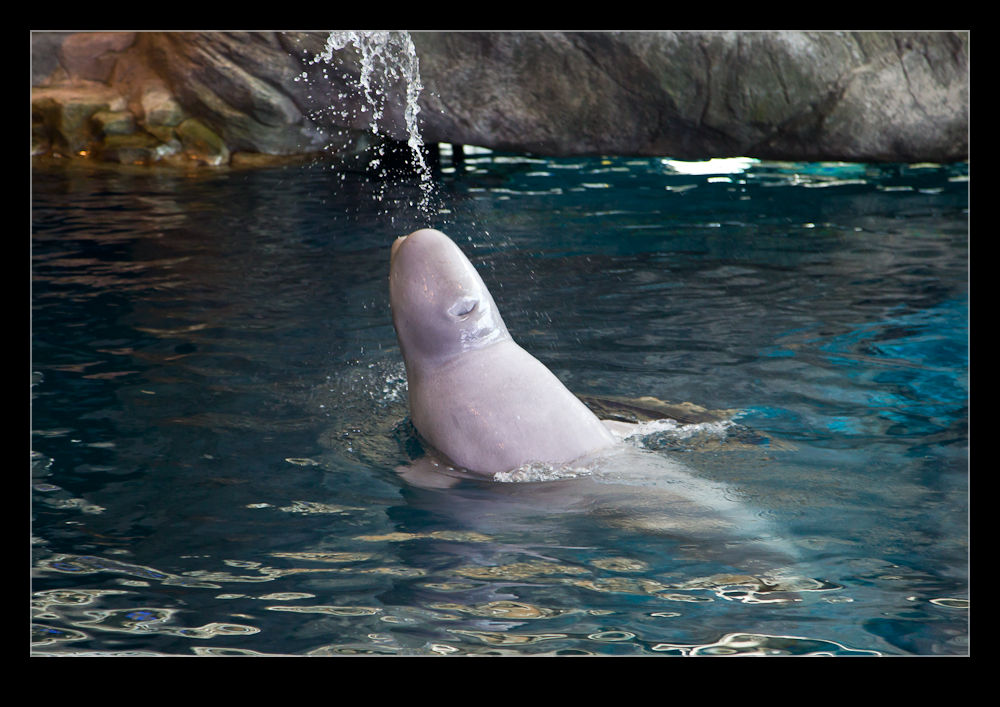 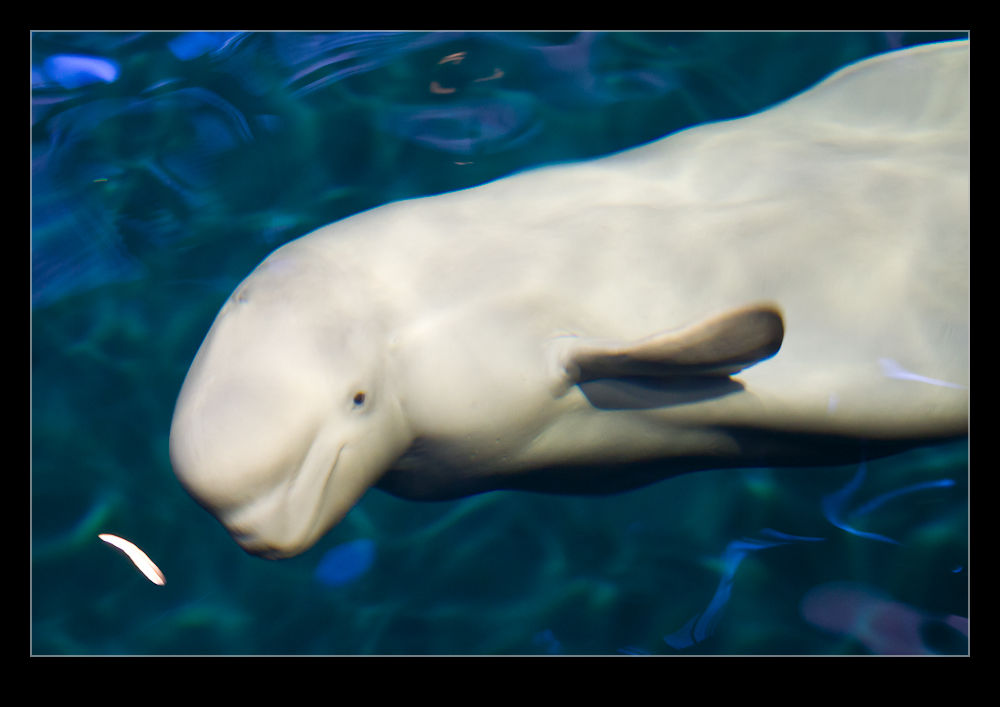 When the blinds are open on the windows, the whales can often be backlit.  However, there is still light.  They lower blinds for the shows.  The light becomes a lot softer at this point.  Of course, there is also a lot less of it.  More cranking up of the ISO! 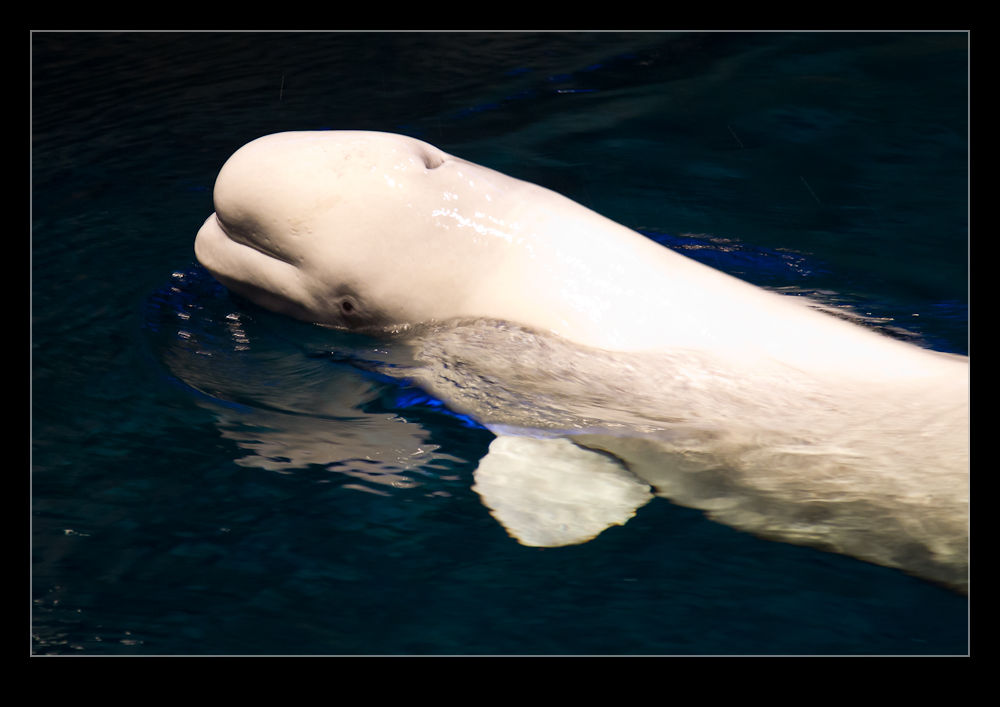