A previous post showed the time lapse video I created from me shot sequence on the Marin Headlands. I didn’t just sit and let the sequence go, though. I also had a second body and took shots with that. Unfortunately, I only took one tripod with me so the initial shots were handheld trying to make use of reasonable handholding technique combined with the benefits of image stabilization in the lenses. 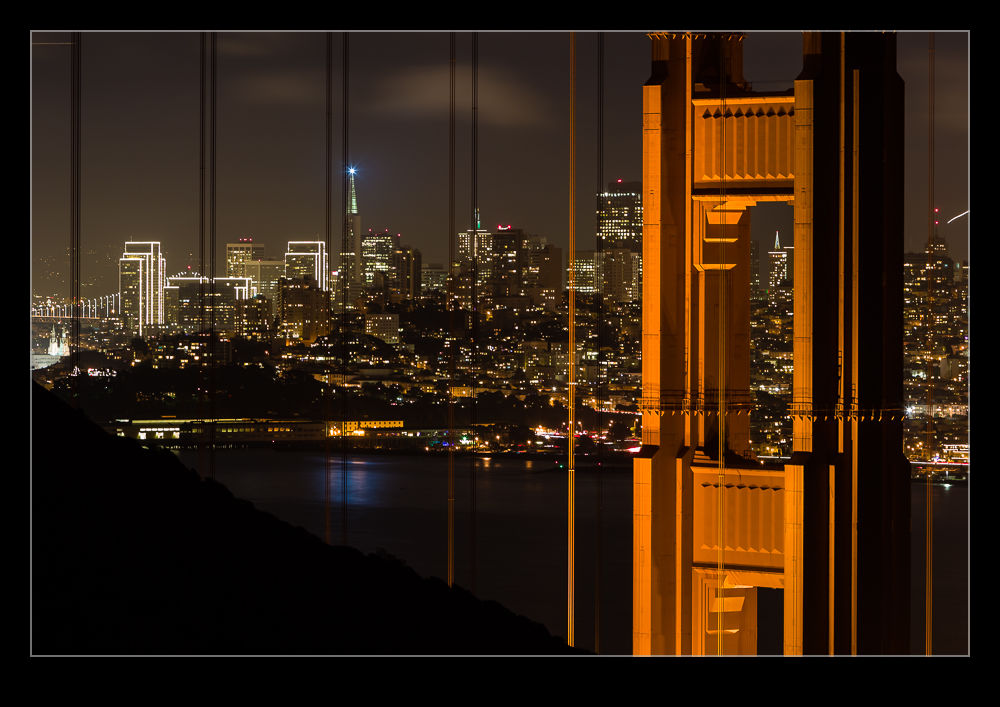 Once the time lapse sequence was done, I was able to use the tripod to get some shots in the dark. Cities always look cool at night. The proliferation of lights makes an interesting skyline look even better. Combine with that the motion of some elements and things get interesting. The motion can help or hinder. Streaking car lights are good but planes in the sky can be a distraction since they take on a significance that was never there when you saw the view. 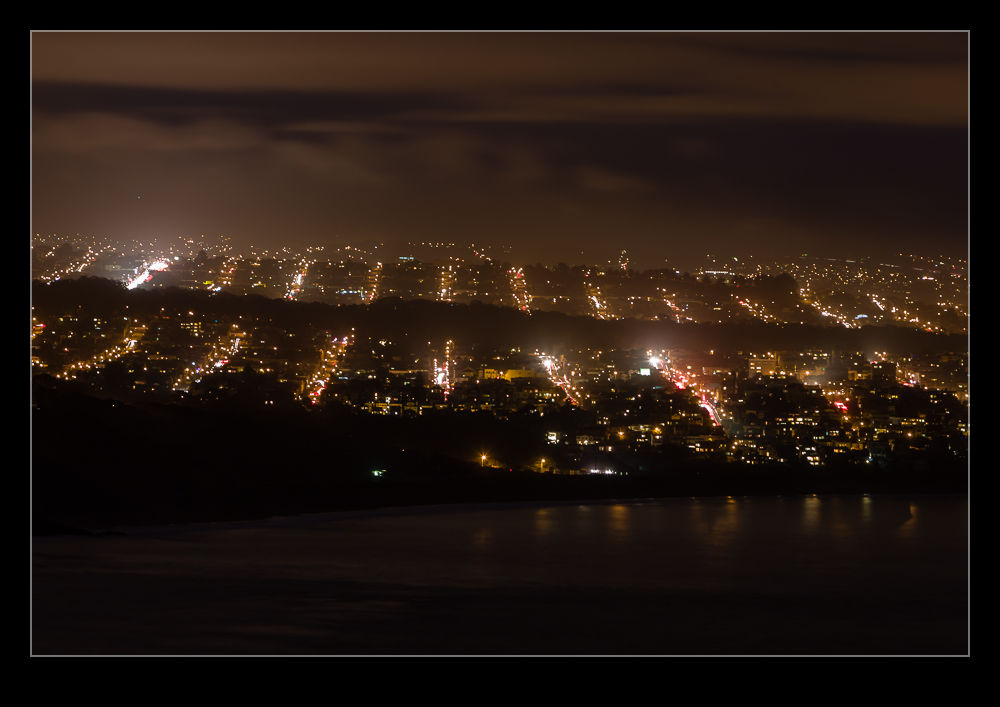 The Golden Gate Bridge is an interesting foreground element. I chose the spot I wanted, even though I couldn’t park there. I parked further up the hill and walked down. (The walk back in the pitch black was a touch more interesting since the path is narrow at points and drops away very steeply!) Getting the white balance right to show the bridge color as it appears at the time is tricky. Auto analysis is not much use and there are few things that you can sample to give an accurate gray. 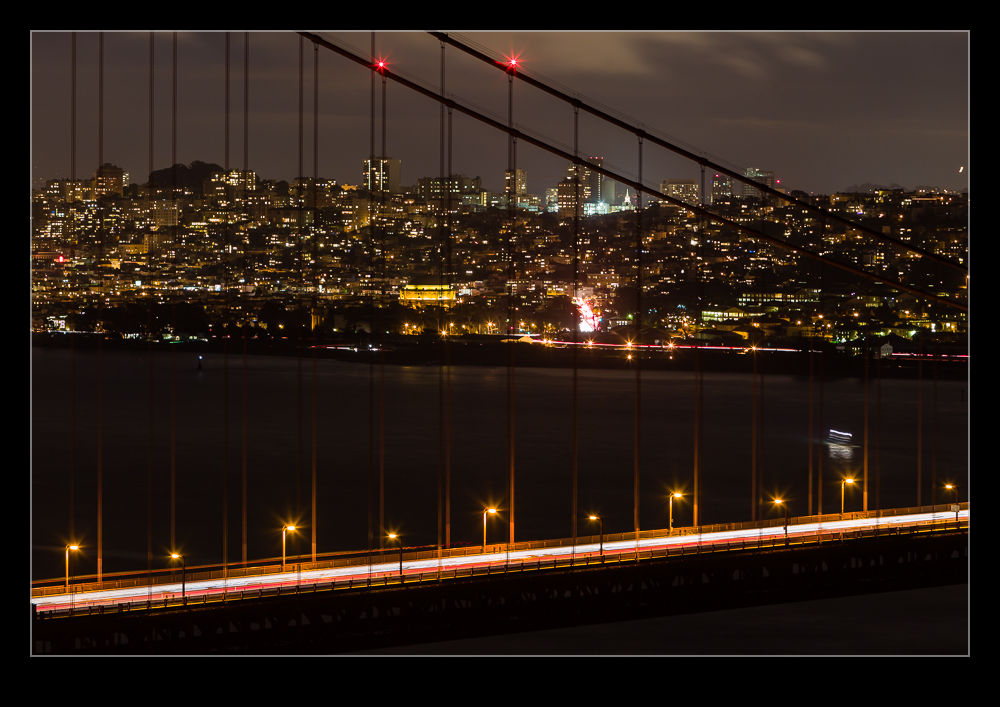 I have enjoyed night photography since I first started taking pictures. There is something quite peaceful about being out at night with your camera. However, this location probably doesn’t fit that mold. The place was busy the entire time. Meanwhile, I could watch numerous people taking pictures of themselves and the view struggling to understand why the camera “wasn’t working right”. I helped out a few but, after a while, I decided it was easier to just relax and let everyone do their thing. Without a tripod, there was only so much you could do to help. 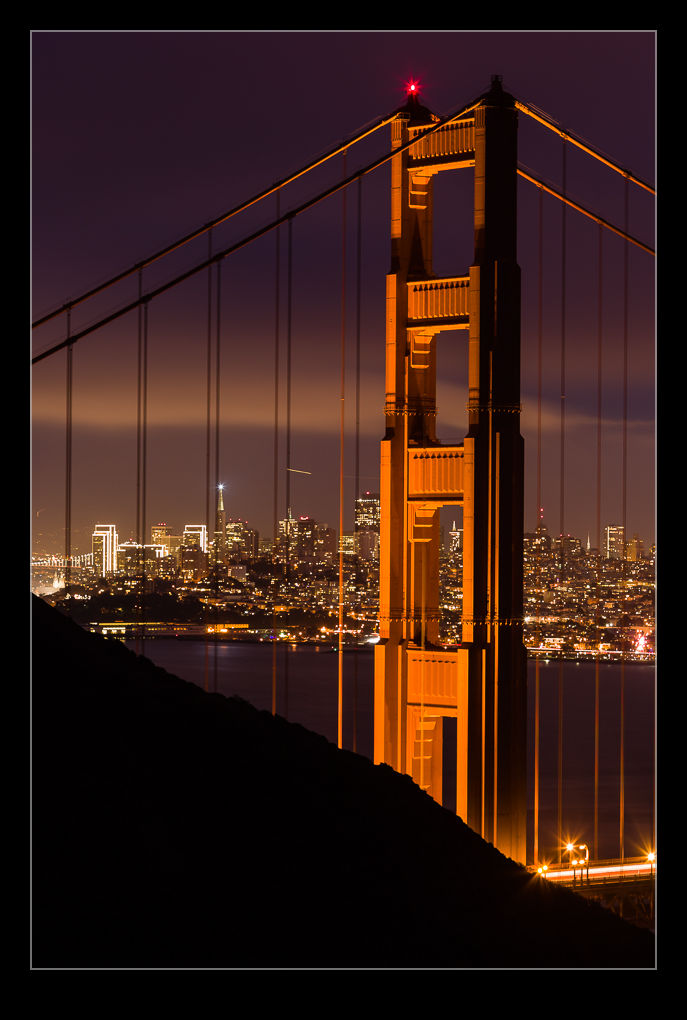