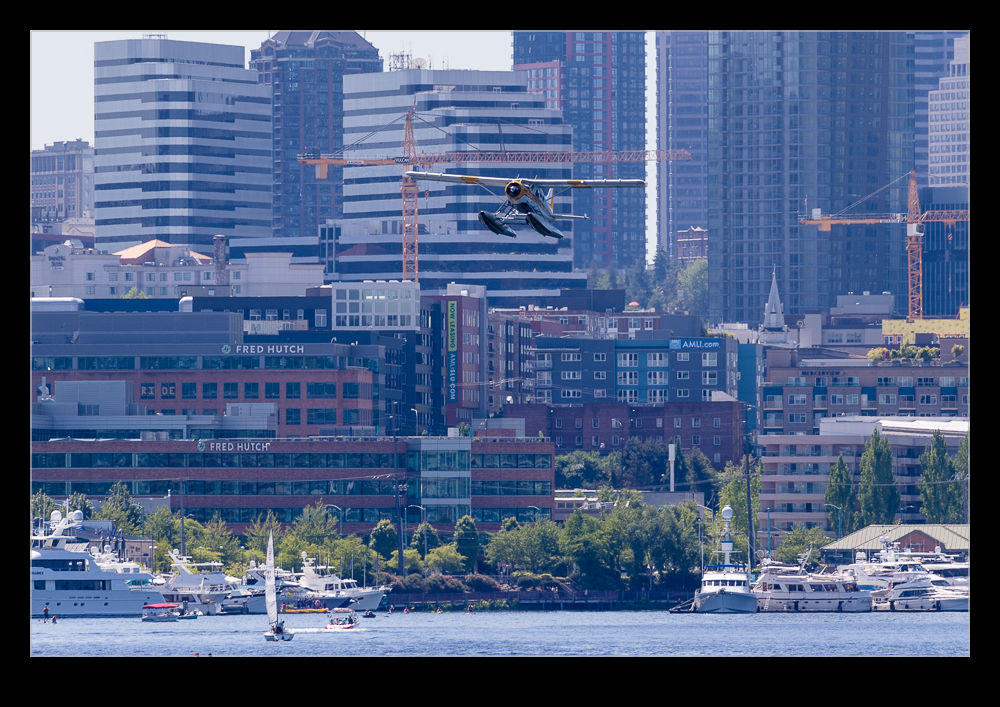 Standing in Gas Works Park, you have a view straight down Lake Union.  At the other end of Lake Union is one of the bases for Kenmore Air.  They operate floatplanes from there on a regular series of services as well as some sightseeing trips.  We got there just as a bunch of planes took off in close succession and I was a bit annoyed to miss out the chance to get some shots of them.  However, they are a busy company so we knew we would get some more flight before too long. 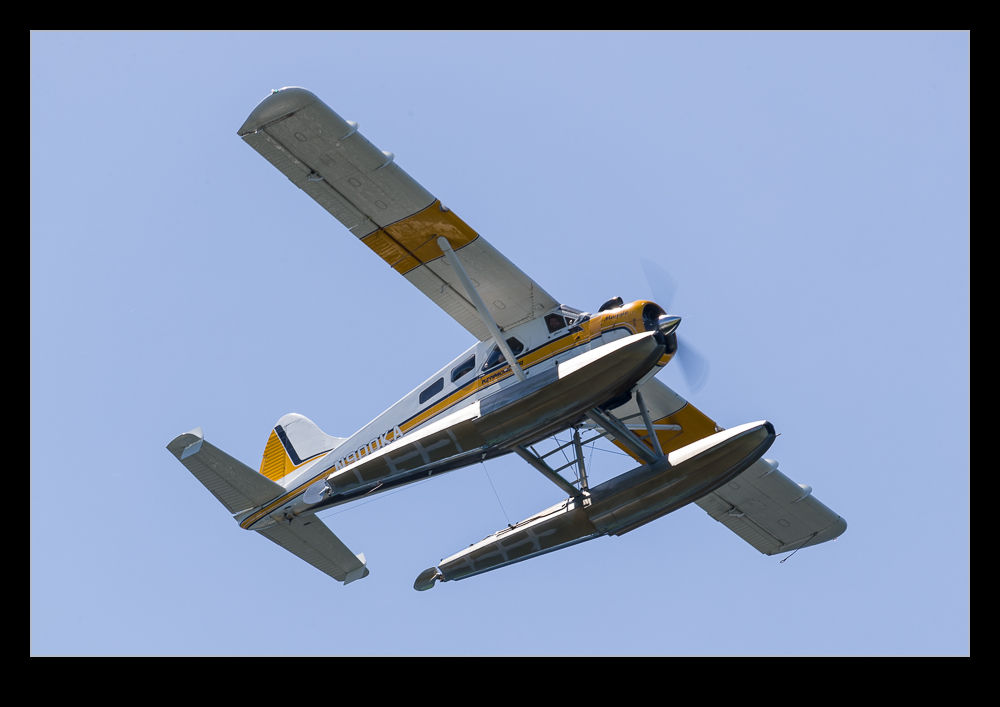 They start their takeoff run at the other end of the lake so they get airborne long before they reached us.  With so much clutter in the background and a lot of ambient noise, you didn’t always immediately pick out that a departure was coming your way.  Once they got airborne and a lot closer, they were easier to identify.  They would turn before they reached us and head off en route.  I could probably have spent a lot of time there watching the flights but Nancy is not quite so keen so we lingered a short while and then moved on. 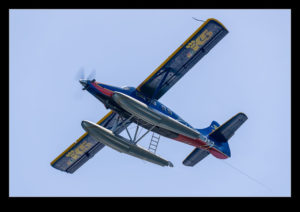 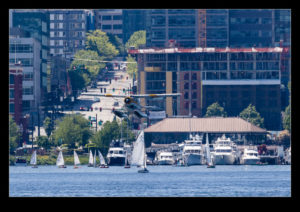