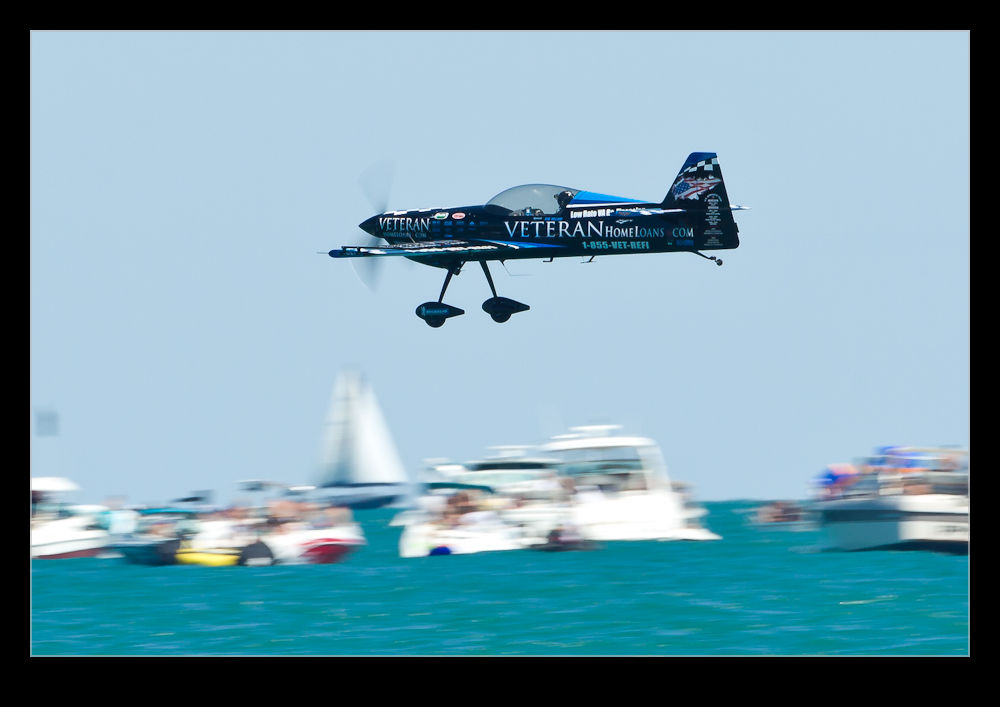 The Air and Water Show, here in Chicago, has been a regular for me since moving here – and why wouldn’t it be when I can actually walk to the show!?  This year, though, I was not so inspired.  The line up was not looking to be too diverse (at least as far as the things I like to shoot) and they had moved it an hour earlier which means more of the show is in the harsh lighting from a bad angle. 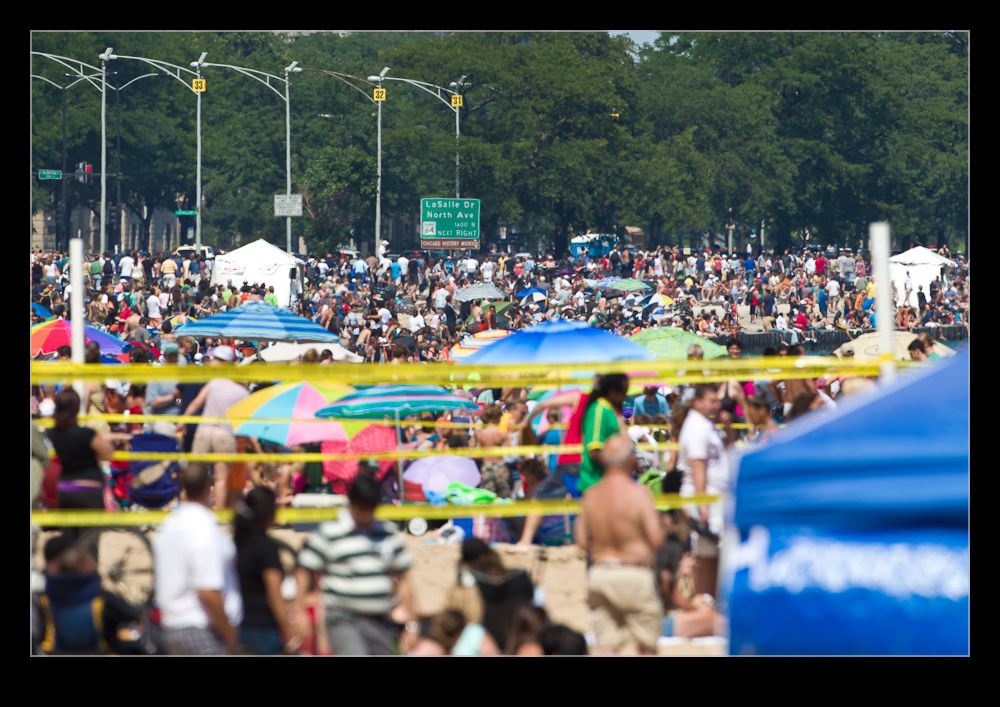 I skipped practice day and Saturday was almost rained out.  Sunday the weather was good and I eventually found I couldn’t quite quit cold turkey and grabbed one camera and one lens (plus a bottle of water) and decided to walk slowly up the lakefront.  This would give me a chance to take some shots from further away but looking more up the display line.  It also made the sun angles a bit better. 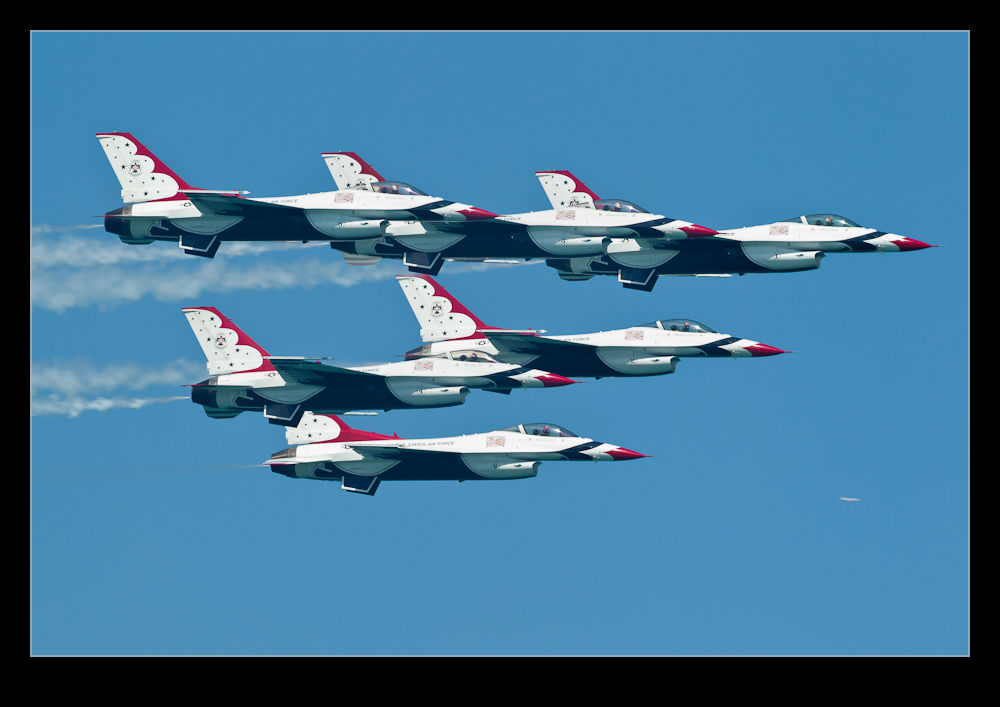 As the show progressed, I gradually drifted up the lakeshore until I got the North Avenue beach, around show center, just in time for the Thunderbirds display.  I should point out my timing was better than that of the Golden Knights and the Thunderbirds.  The Golden Knights had finished their jump and were lined up on the beach being introduced by their commentator.  Each member of the jump team was given a personal introduction and they were just getting to their special guest of the day who was getting the ceremonial baton when the Thunderbirds roared in from behind the crowd. 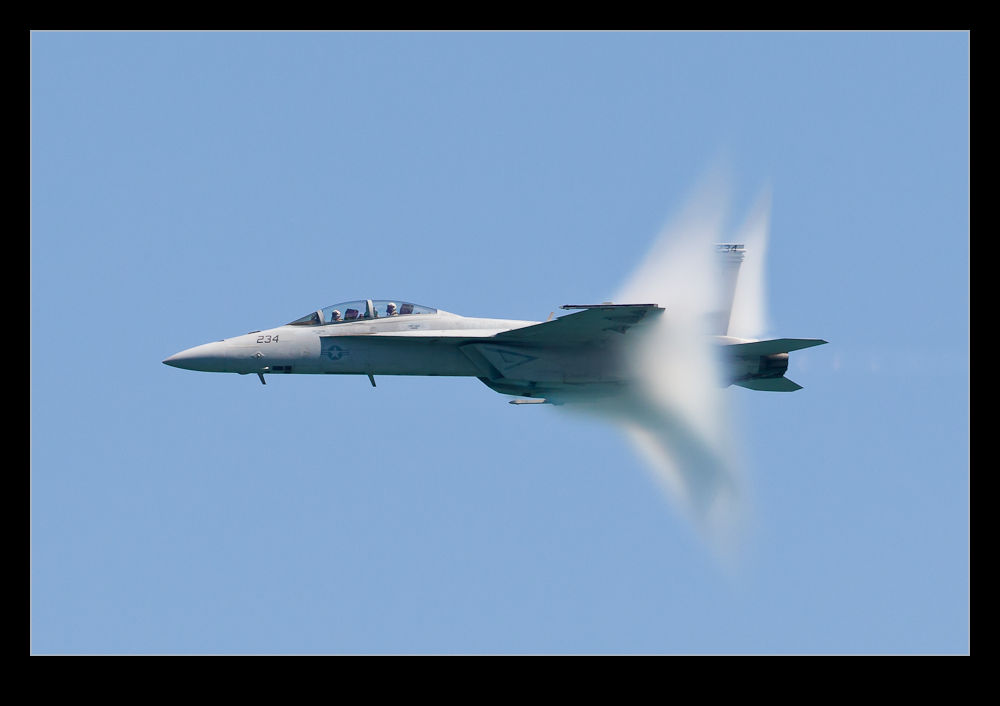 That was the end of the presentations as far as the majority of the crowd were concerned since the PA was switched over to the Thunderbirds commentary team who had probably been doing their introductions previously without knowing that no-one was hearing them.  Don’t know whether the Golden Knights were running late or the Thunderbirds were early but, either way, not a smooth handover.  The Golden Knights jump ship had been orbiting offshore awaiting its final pass but I guess they were told to make themselves scarce once the show box was handed over to the Thunderbirds! 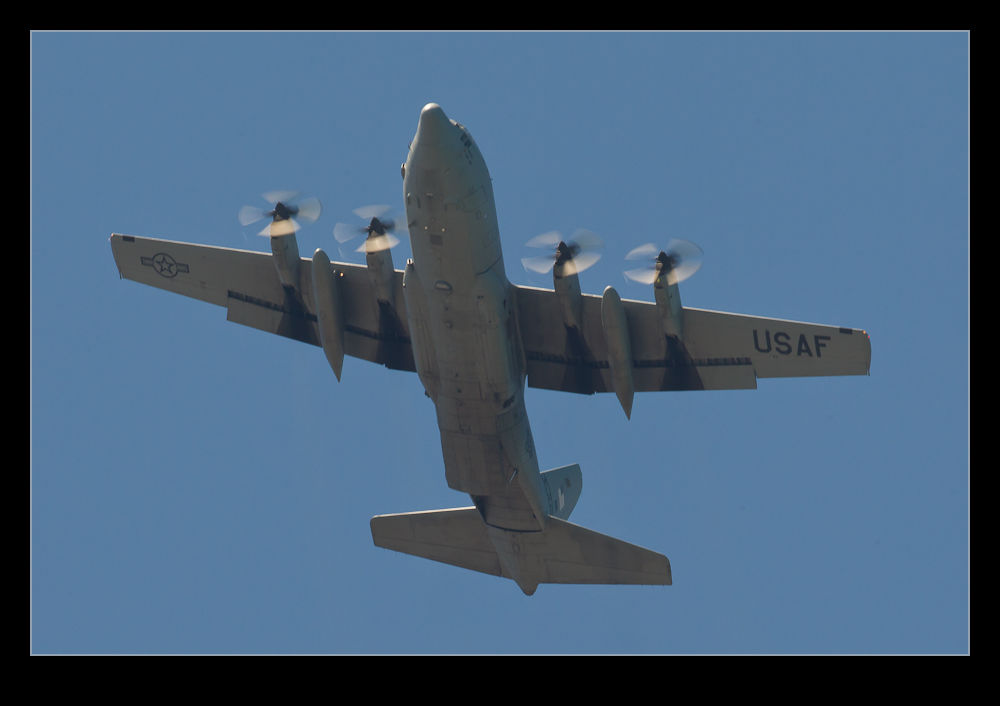 The show was not too bad.  I’m glad I went and I took the reverse stroll home which also worked pretty well.  I guess I can’t pass up an airshow on my doorstep, even if the schedule doesn’t get me too excited! 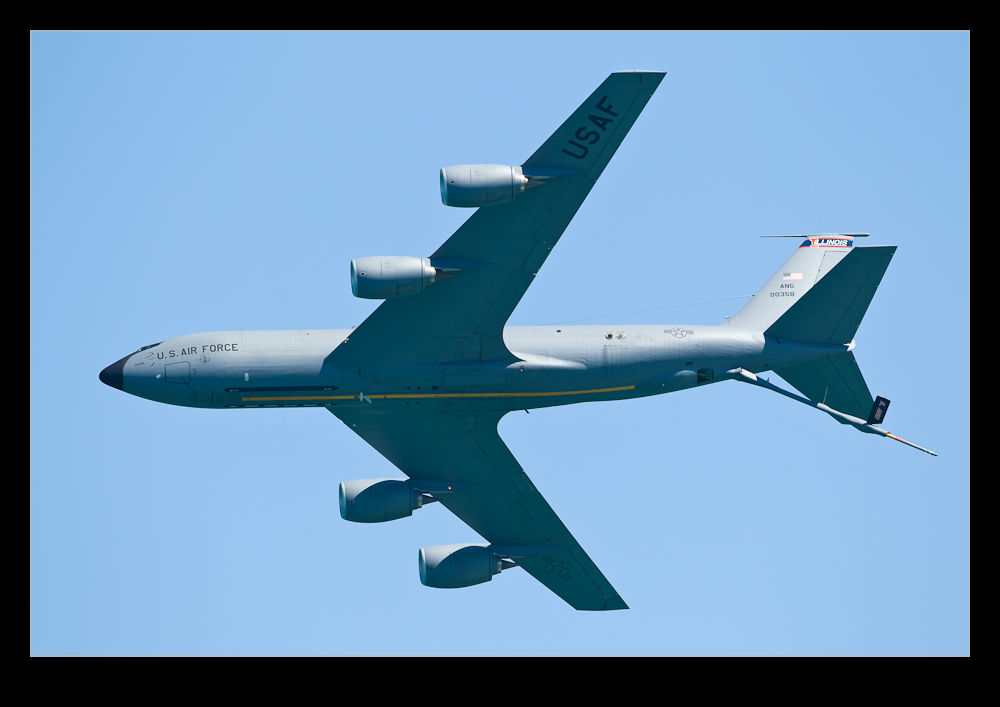 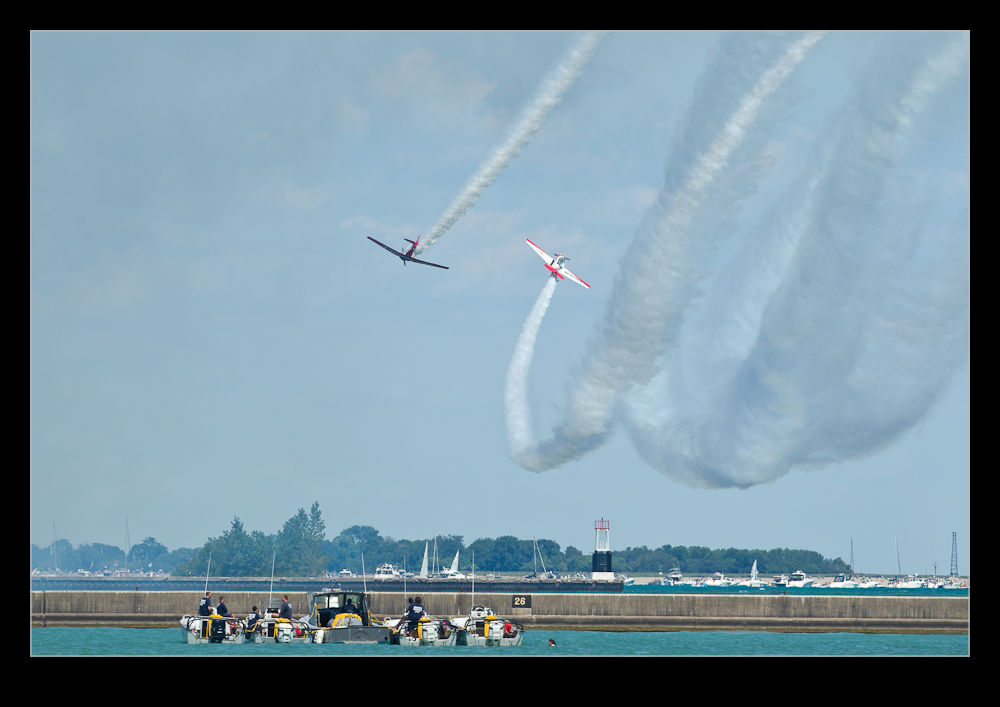