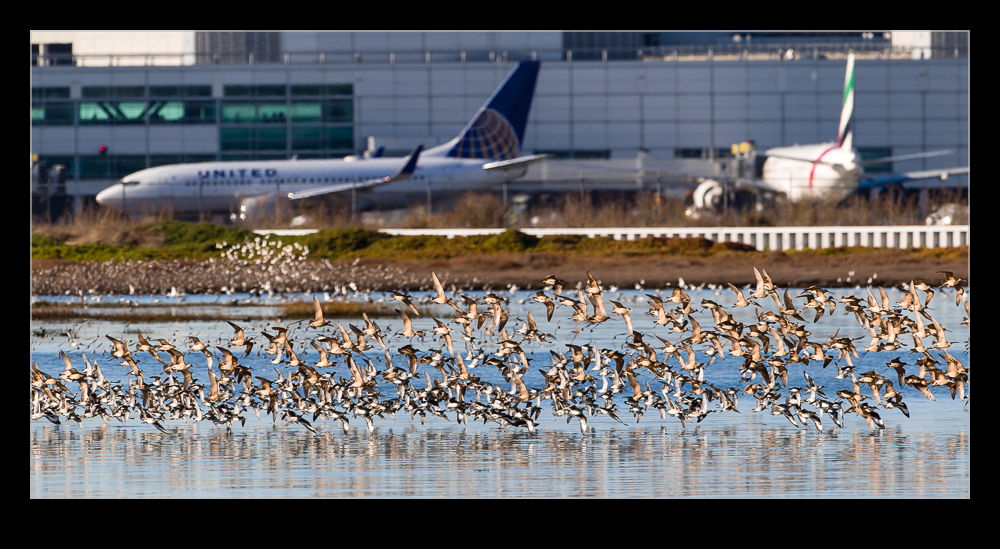 My recent trips to SFO have also allowed for the occasional bird to be photographed.  The bay is very popular with bird life so, in the times between interesting aircraft movements, you can get a few extra shots.  A lot of the birds are wading types wandering along the shore looking for life in the mud.  You also get some egrets and obviously plenty of gulls.  Some ducks life around the area and they can be seen diving for stuff on the bottom of the bay.  A few pelicans will sometimes show up and dive for fish a little off shore. 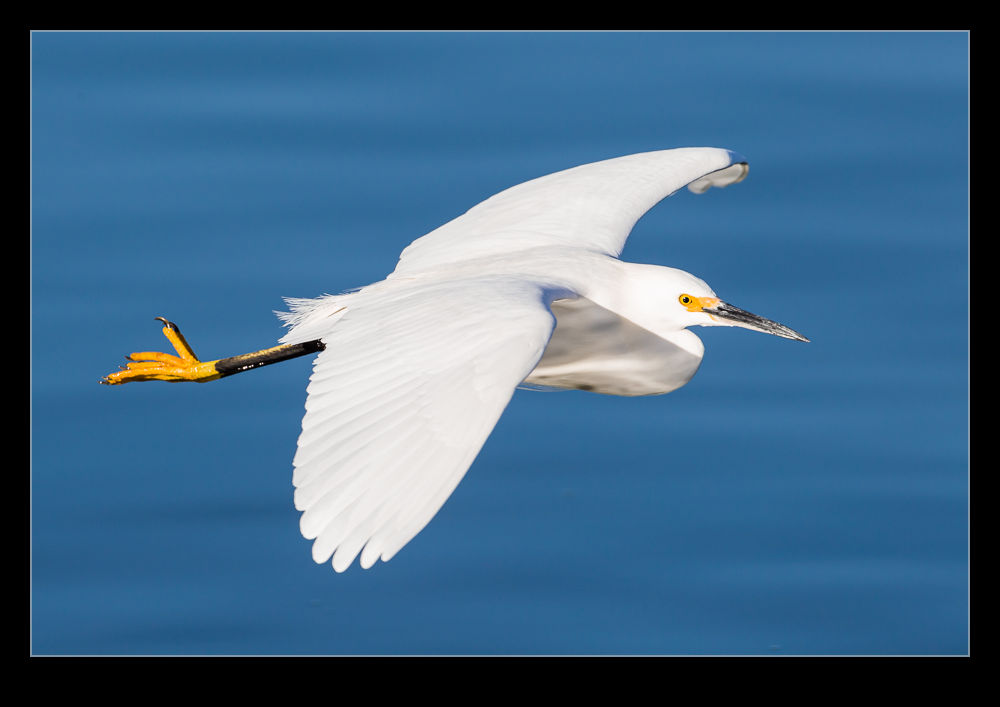 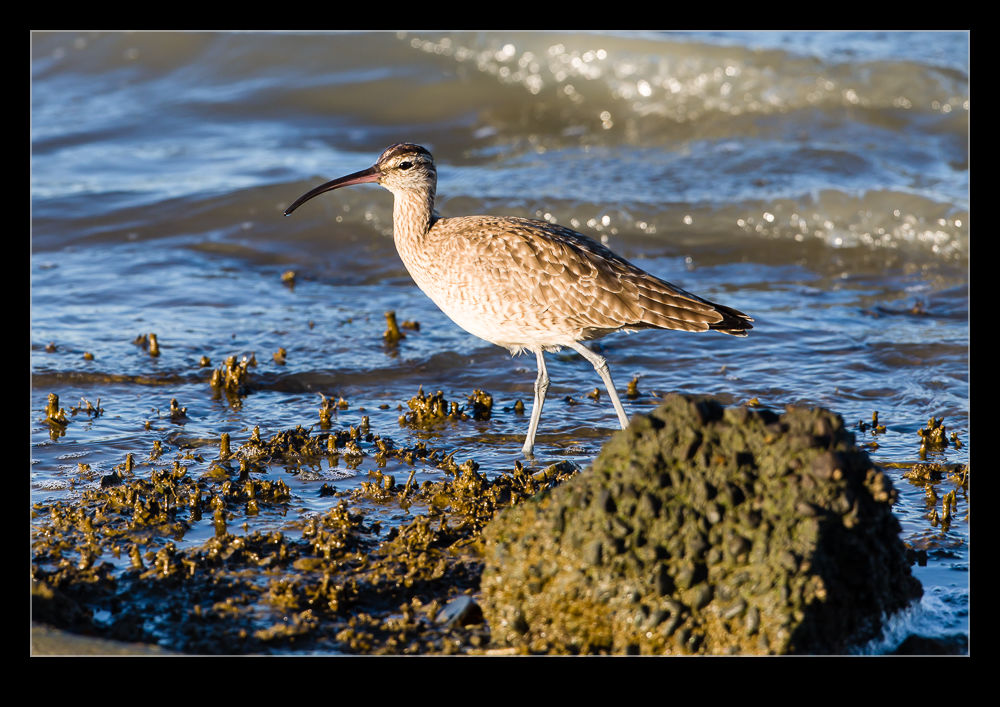 This time I even got lucky with an osprey flying overhead.  I haven’t seen one here before so was quite surprised.  I grabbed a few shots as it passed overhead and then it was gone.  Meanwhile, it was fun to watch some of the larger flocks flying together.  The way in which they move seemingly as one is really cool and, with the low sun angle, their changes of direction made them appear to flash as their undersides suddenly caught the light. 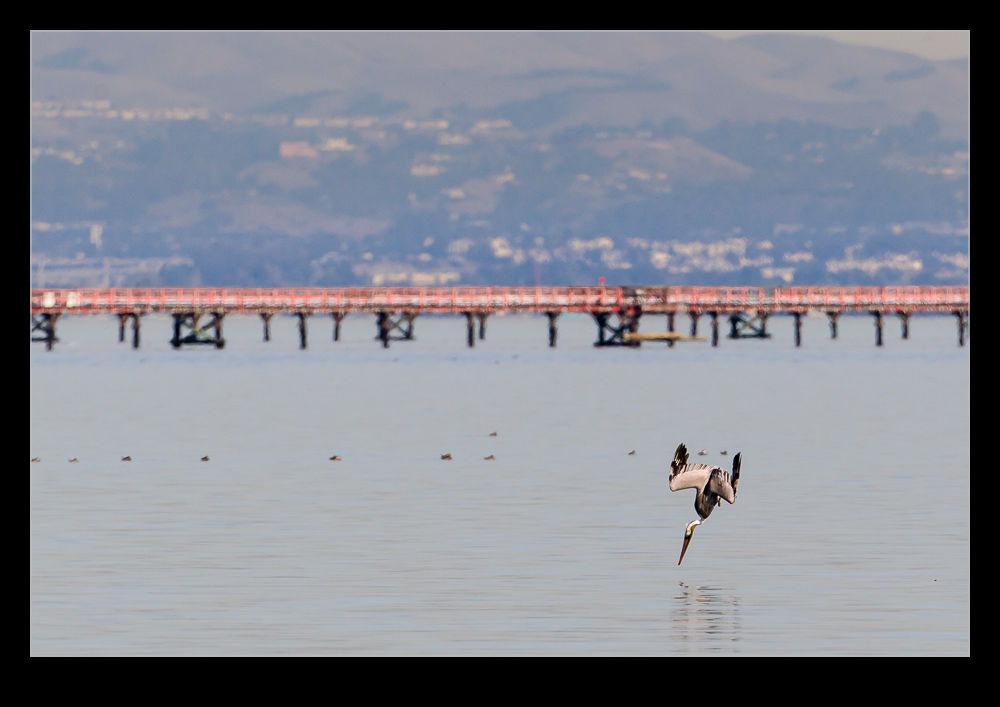 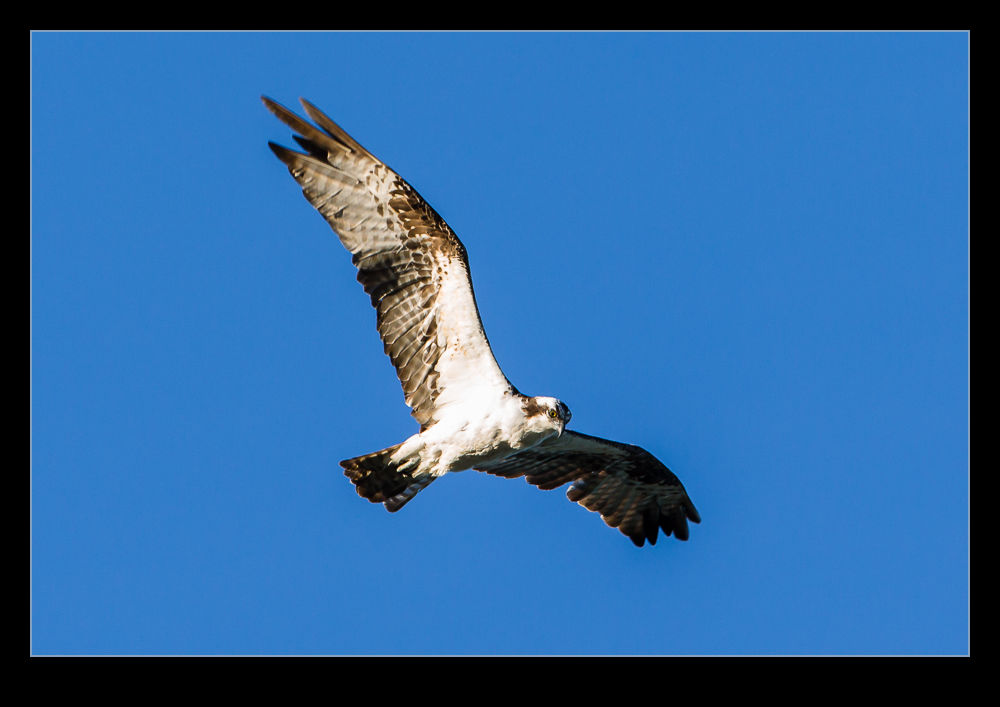