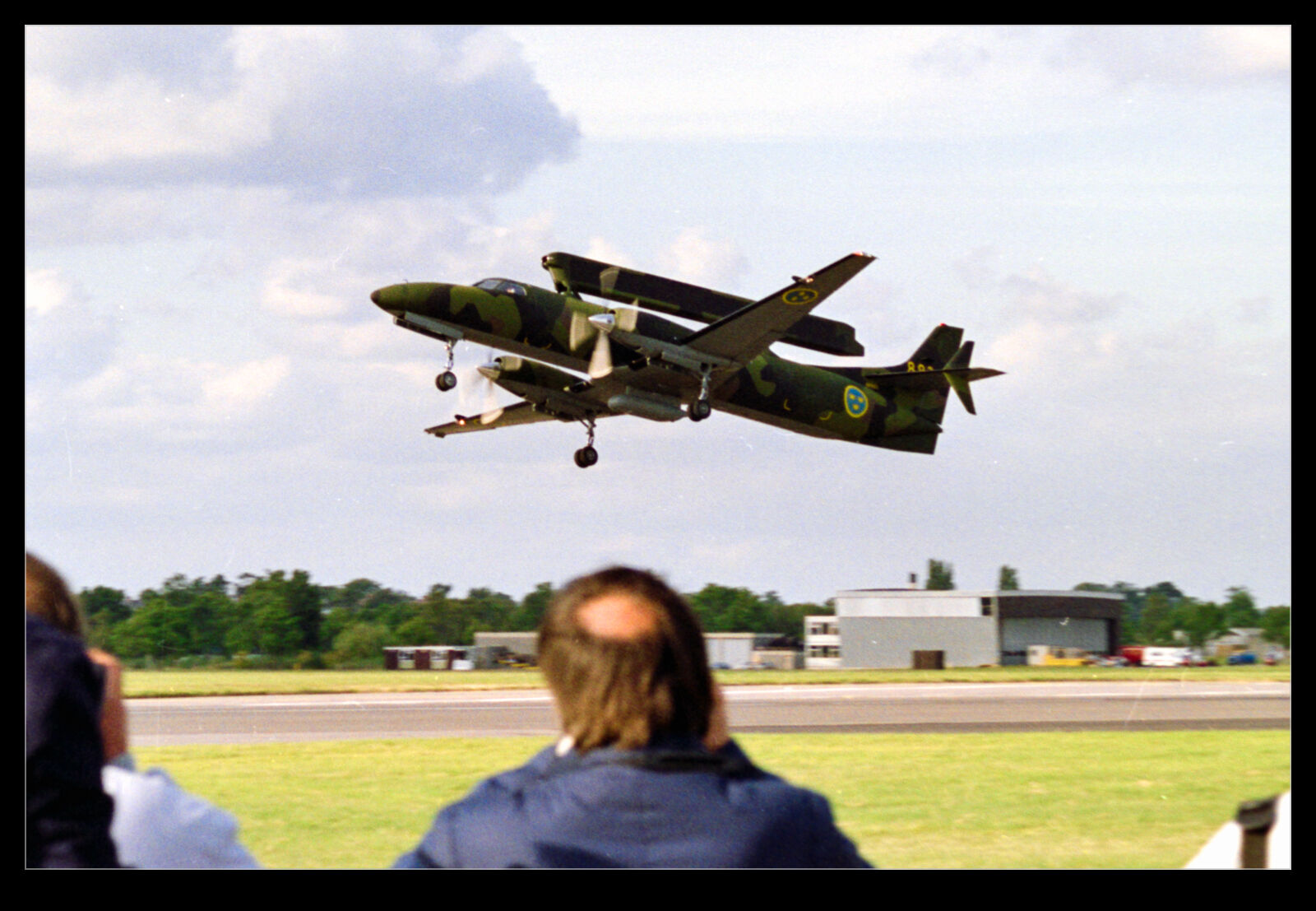 A number of different airframes have been used for airborne early warning requirements. The Boeing E-3 Sentry is the most well-known but there have been a number of other types over the years. SAAB developed a radar system that has been mounted on Embraer 145 jets, SAAB 340s and SAAB 2000s. The development of this system was started in the 1980s and a testbed was produced prior to the system appearing on a production airframe. This testbed was a Fairchild Metro turboprop. It made an appearance at the Farnborough airshow where I got some shots of it. It was camouflaged in what was then the standard Swedish camouflage scheme. This was a cool look for their planes and I do miss it. 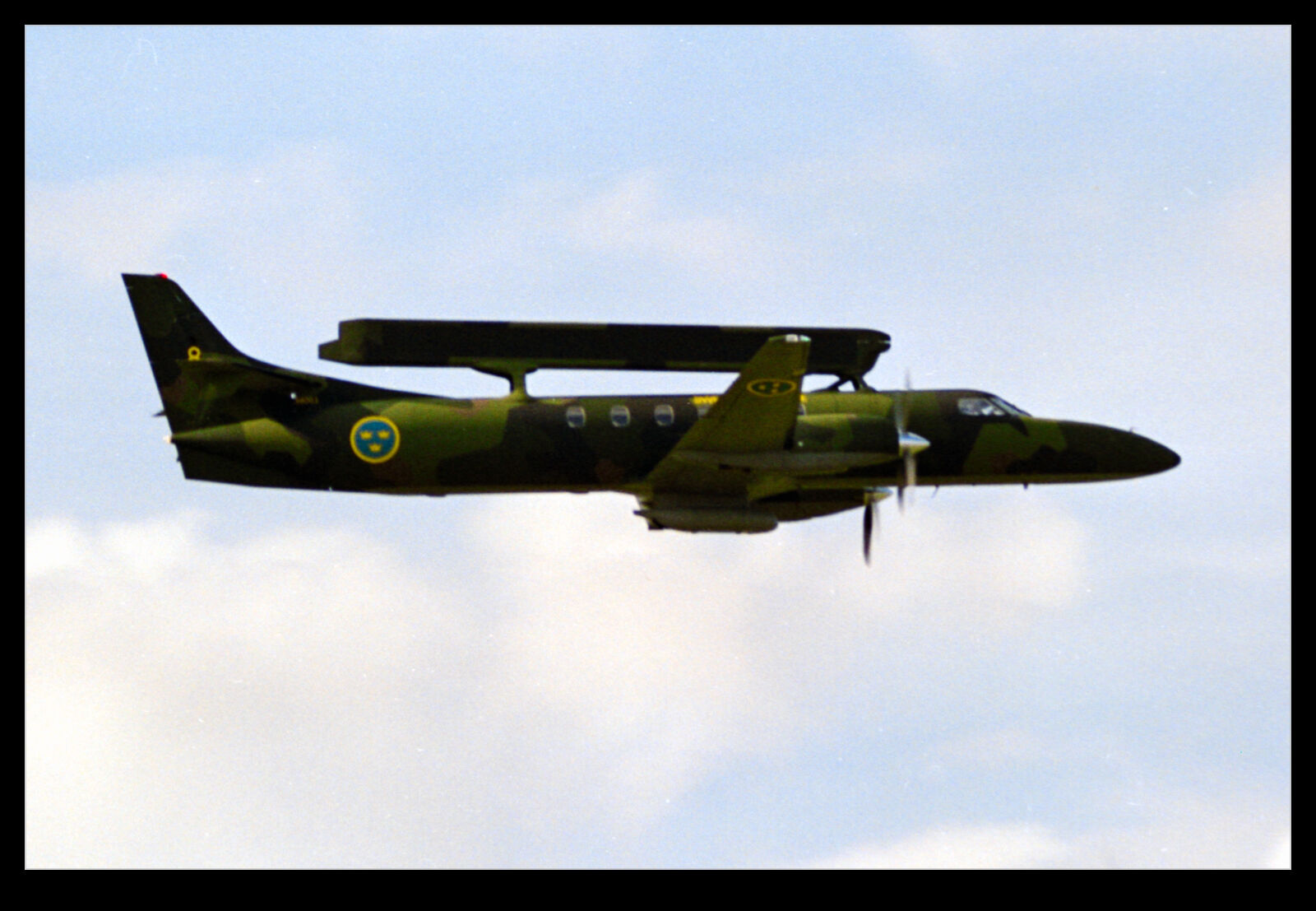