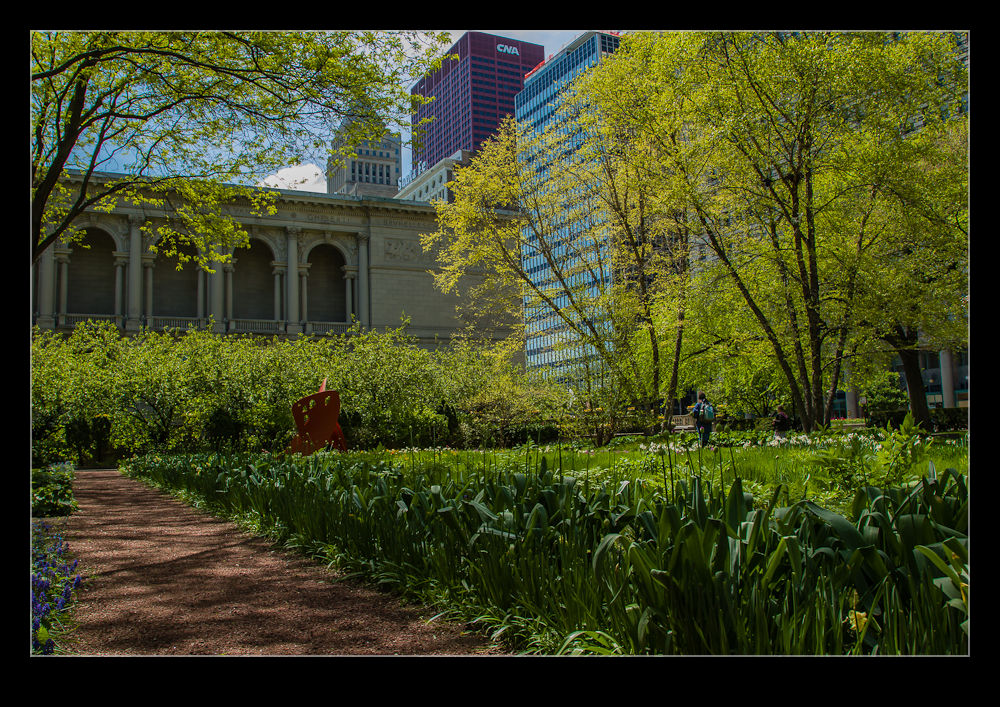 I recently had lunch with a friend down in the Loop.  We had finished eating and it was a glorious day so we decided to take a stroll out towards Grant Park.  As we crossed Michigan Avenue, we came to a garden attached to the Art Institute.  I admitted that I had never been in to this garden and my friend said exactly the same thing!  Neither of us could explain why that should be the case so we wandered in to have a look around. 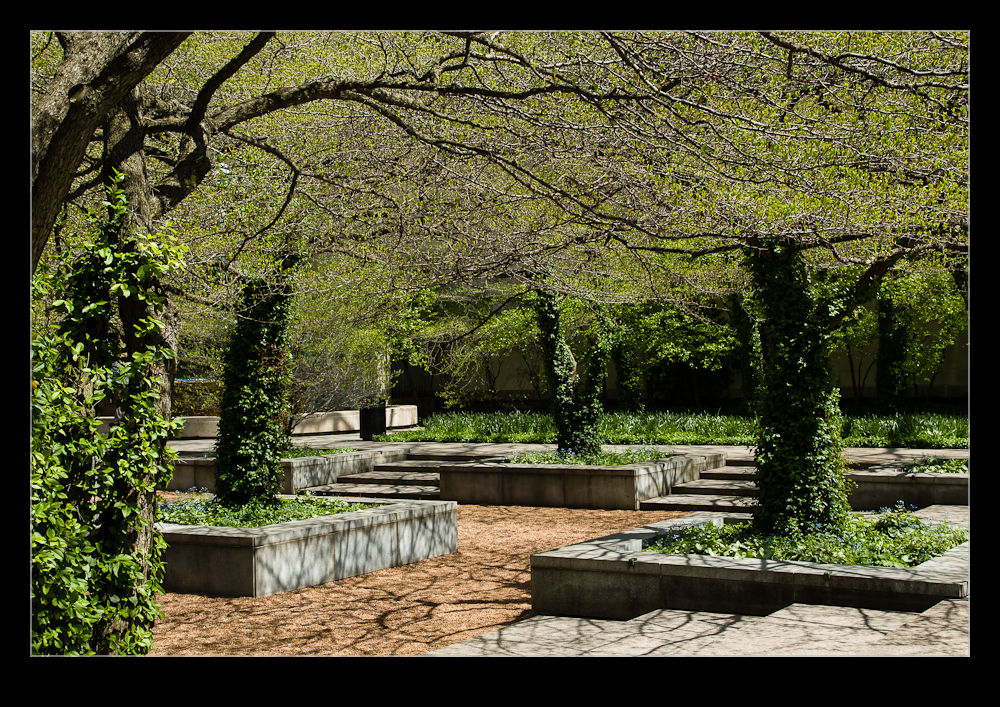 It was a very pleasant space and quite tranquil considering how close the bustle of Michigan Avenue was.  We strolled about and just had a nice stroll.  A few days later, when I had some visitors from out of town, I made the effort to go back so they could see this great spot as well.  Nancy hadn’t been there either so somehow a bunch of us had managed to miss this place for many years! 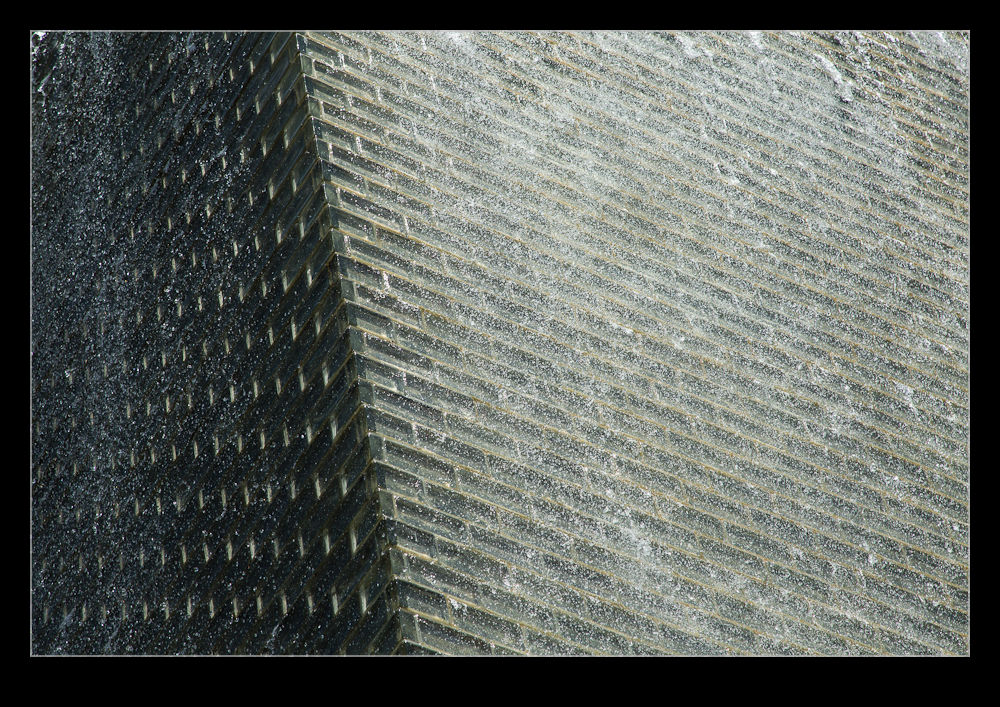 It was then a short walk to Millennium Park where the water features had been turned on for the first time this year.  Plenty of people were out enjoying the park although there weren’t any kids standing under the water as it fell.  I guess it isn’t quite that warm just yet!  It will be a while before that happens.  However, it was still good enough to attract the time of a lot of people, probably fresh from their visits to the Bean! 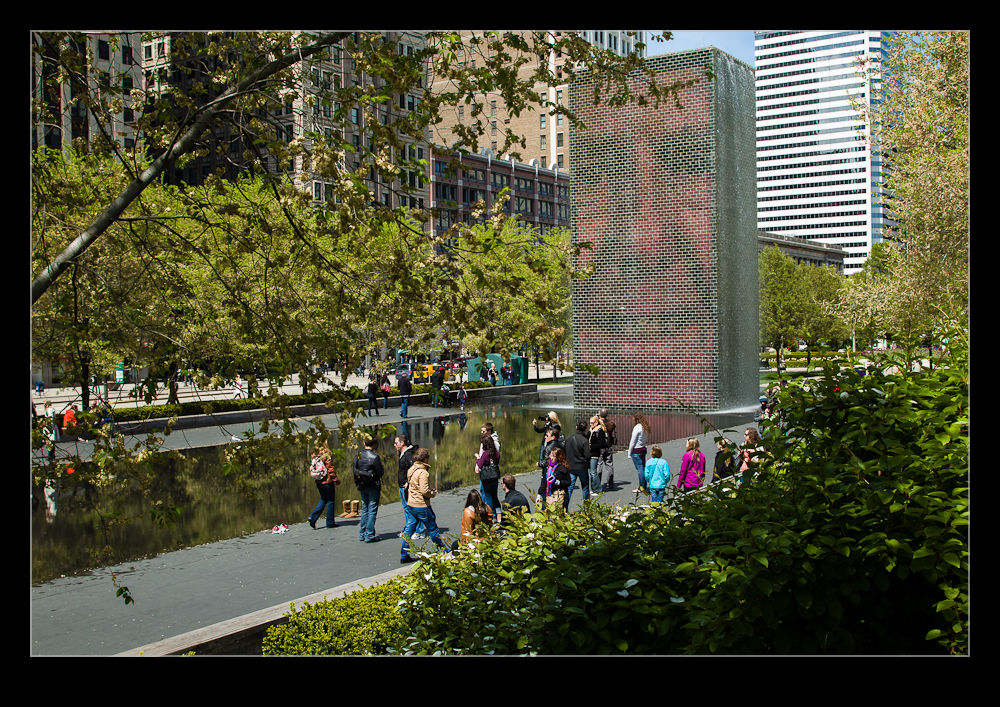