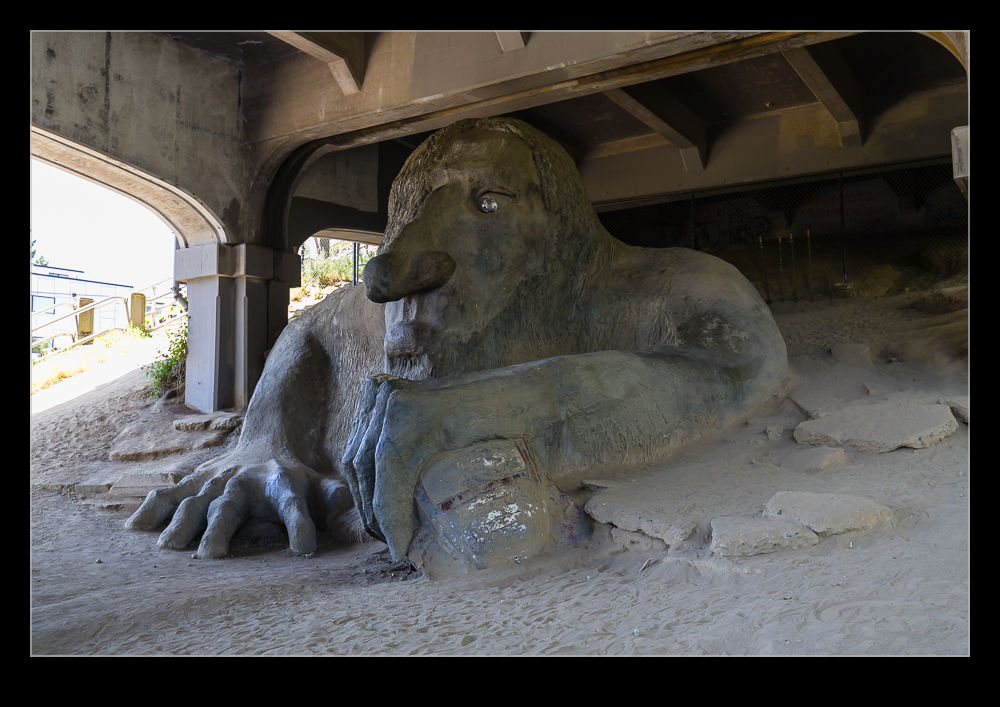 How many childhood stories included a troll?  I never even got to think what a troll really was.  They just seemed to live under bridges and take pleasure in making life miserable for anyone coming across the bridge.  When you think about how mean spirited they were, it isn’t difficult to see how the name has been co-opted for modern usage.  Fremont on the north side of Seattle has its own troll.  It probably has many of the modern version but this one is old school. 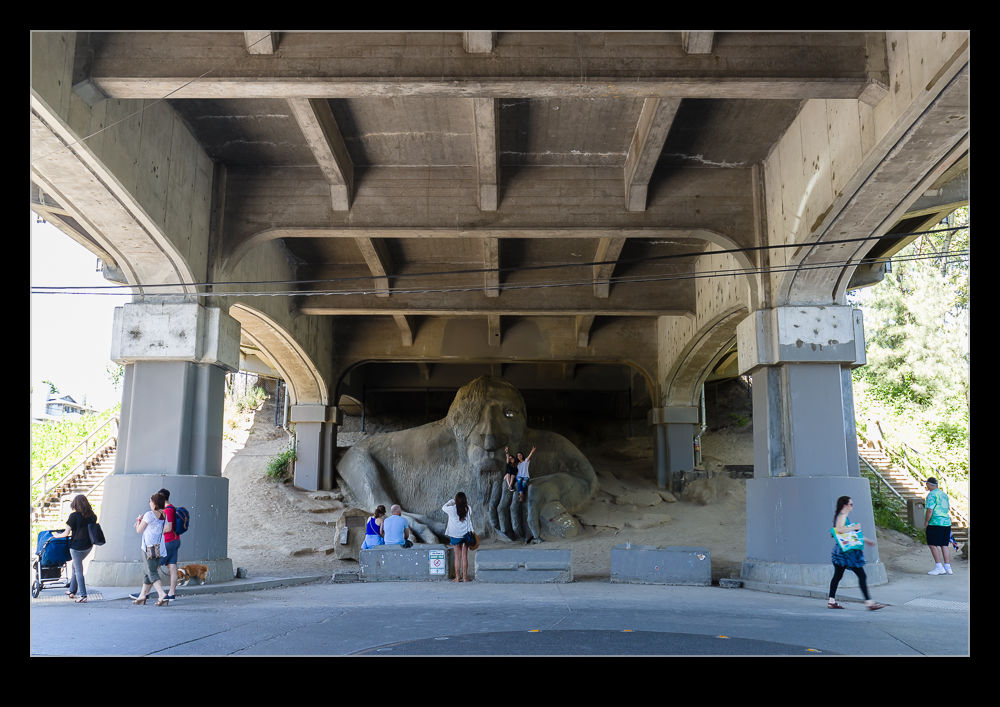 Situated under a bridge that takes the road down to the city center, the troll is rather large.  He has been sculpted out of the earth under the bridge and, I assume, some other building material.  He is a pretty grim looking fellow.  This doesn’t stop attracting a lot of people that come to check him out.  If you want to get some sense of the scale of him, he has a VW Bug under one hand.  That appears to be a genuine Beetle so you can see he is a pretty big chap.  I didn’t notice anyone having any trouble getting across the bridge so he either isn’t good at his job or else the propaganda about trolls was fake news! 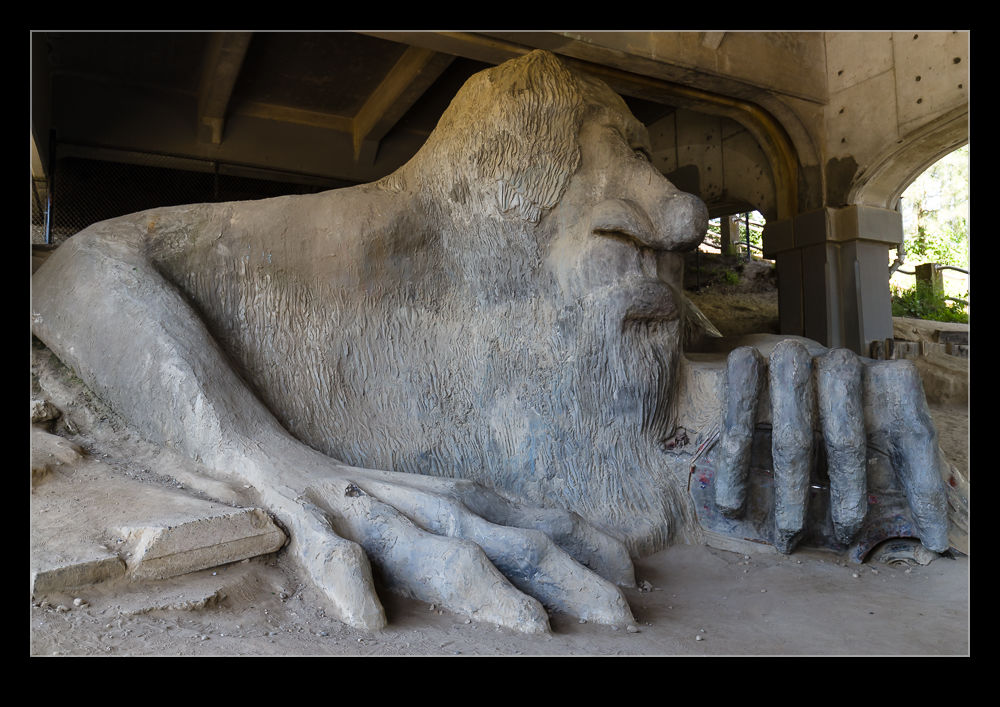