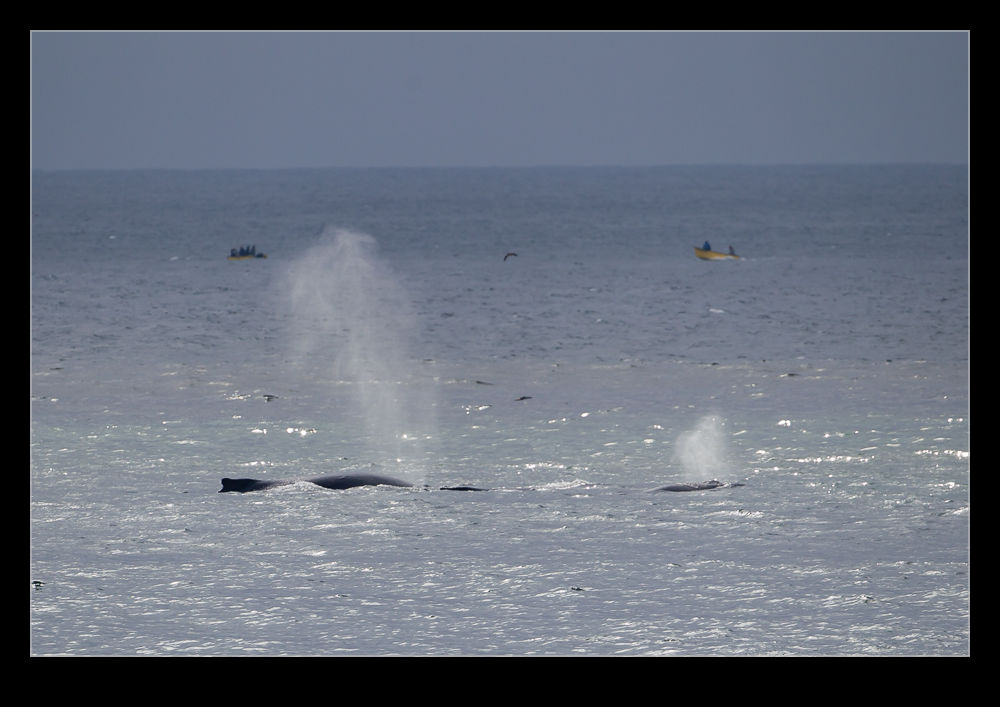 A short distance along the coast from our beach overlook we came to a lighthouse.  This seemed like a popular part of the shoreline on a Sunday, even though the weather wasn’t great.  I imagine on a sunny day, it is full of people along here.  We strolled along the shore and out towards the point on which the lighthouse was built.  The sea was looking very calm and out a distance we could see a number of kayakers in a loose group.  Initially we had no idea what they were up to and assumed it was just a nice place to be.  Then we saw something we had not expected. 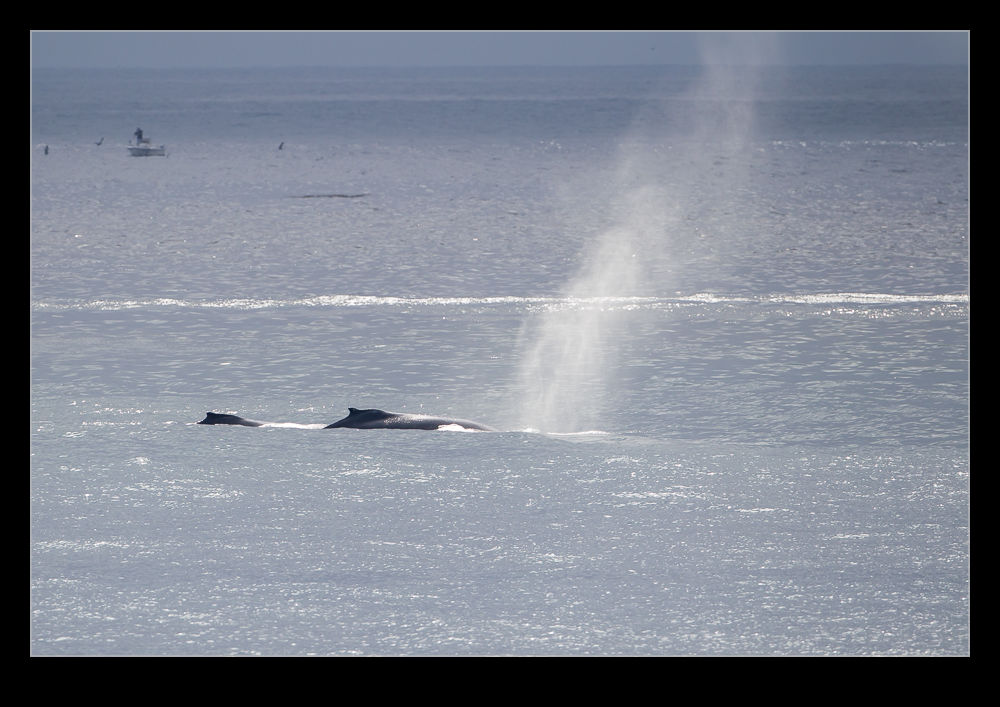 A plume of spray followed closely by another signaled the presence of some whales.  They were not far offshore and were coming in our general direction.  I don’t know how to recognize whales unless they are of a few distinct types but I know that they get grey whales along here so I am going to guess that this is what they were. 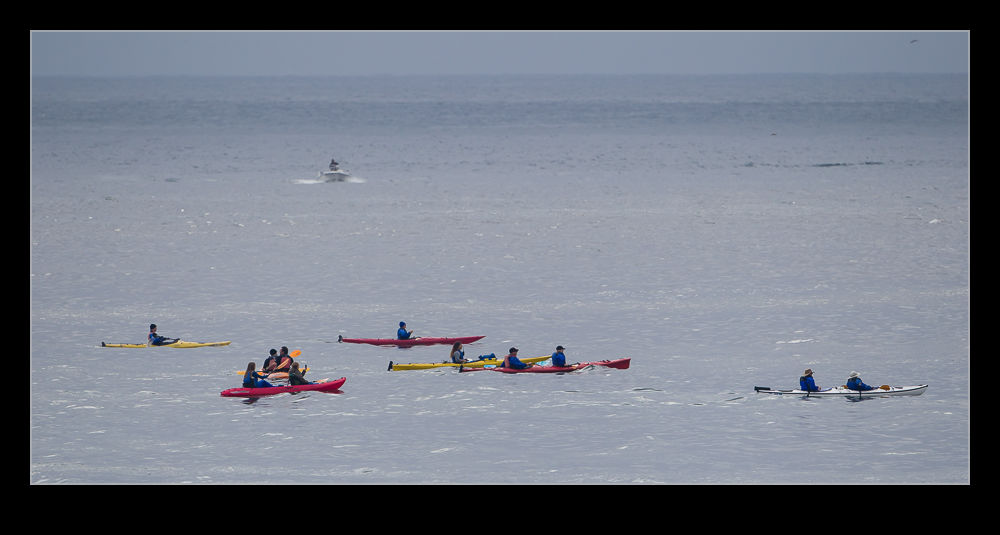 They made pretty good progress along the coast and the kayakers were following at a discrete distance.  I suspect for some that had been waiting ahead of the route, they got a pretty good view as the whales came through.  We tracked them for a while.  The problem with taking pictures of whales is that you don’t immediately know where they are.  The clear their blowholes and you get a nice plume but that is often the first sign and it is dissipating by the time you get the camera on it.  However, the shots are secondary in this compared to being there to see it.