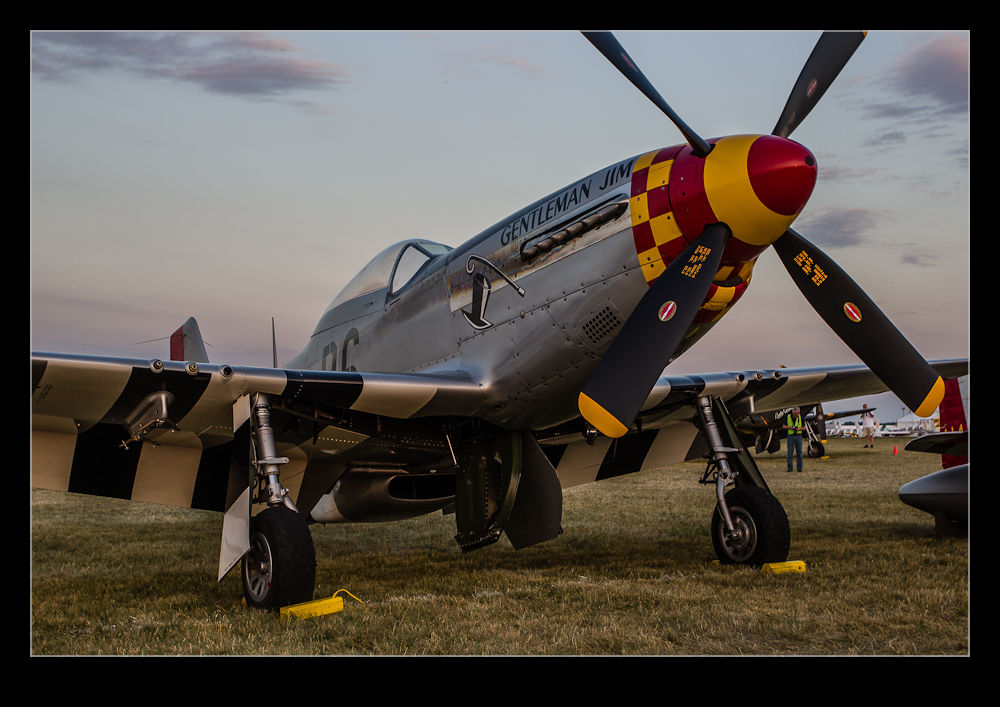 One group that always gets a lot of attention at Oshkosh is the warbirds.  A separate area is set aside for them where the aircraft can park but also where their people can camp.  It seems to be a well developed operation with its own marshaling and security arrangements.  I guess when the aircraft are valuable and in demand, they need a little extra attention.

Despite that, it is still a very relaxed area to visit.  The aircraft are parked up and you can walk freely in amongst them.  Often people are working on the planes and they fly quite frequently during the days (and more often the evenings when photo flights are common).  As they taxi in and out, the volunteers keep you just safely out of harms way but they are aware that everyone wants to get a picture.  A good balance exists. 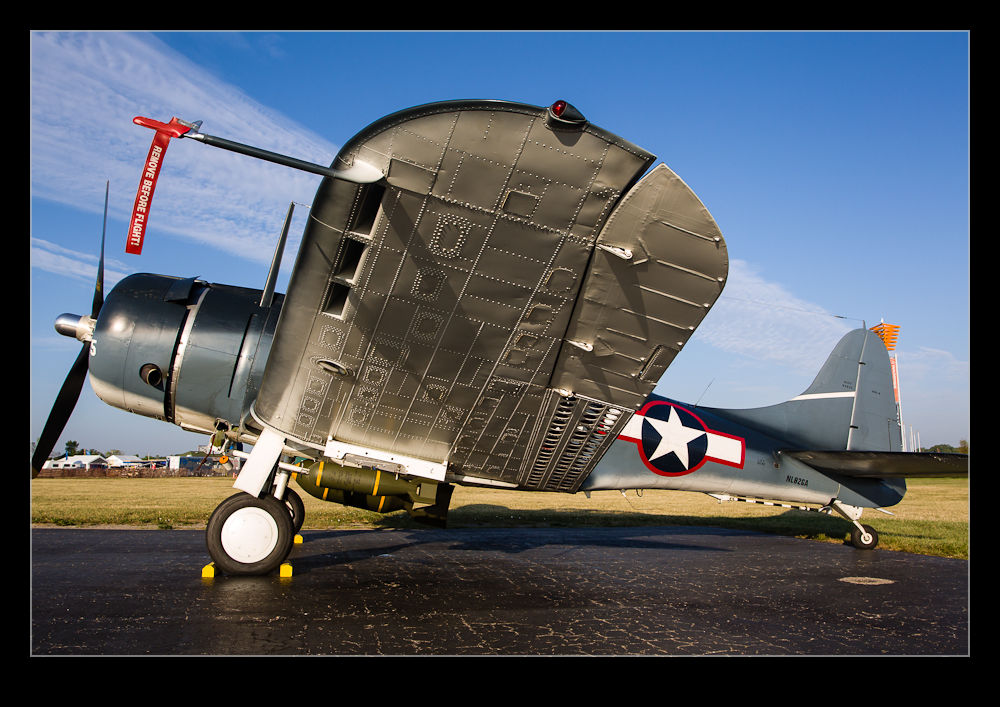 The best time to visit is either early in the morning or late in the evening.  Not only is the light better then, the number of visitors is much lower so you can have a lot of time to yourself and people are not in your shots most of the time.  It is worth making repeated visits.  My first trip across had a few aircraft around but it was noticeable how many spaces there were.  however, a couple of days later, the ranks of vintage aircraft had swelled and there was much to see that was new. 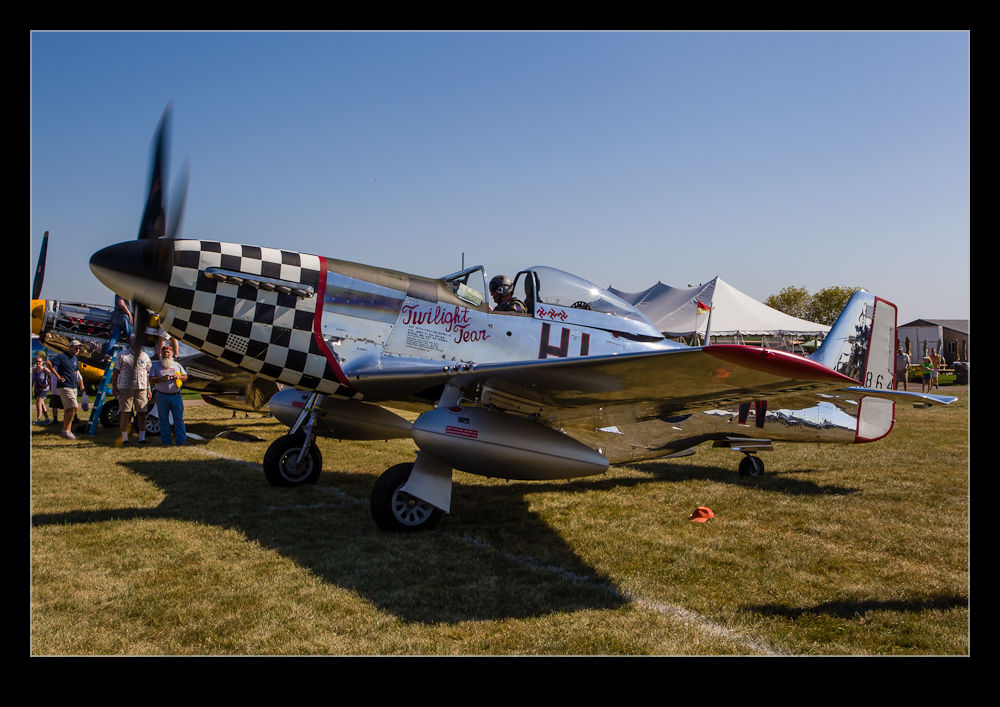