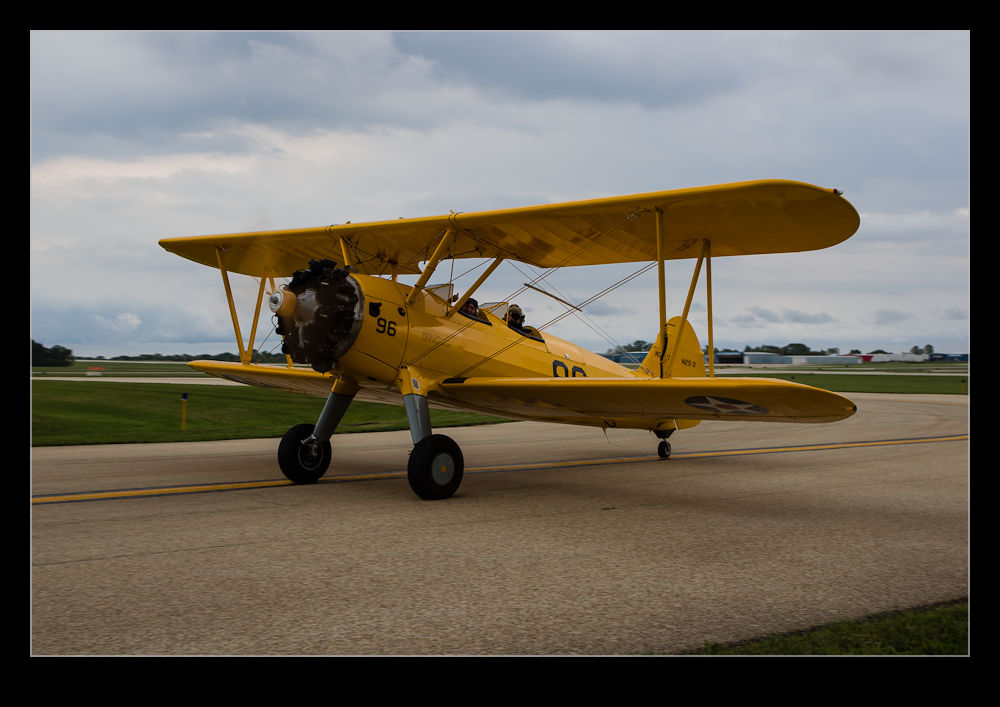 If you are not a fast jet pilot, you might think that being one is close to the pinnacle of flying excitement.  Everything else would seem rather tame by comparison.  However, you might just be wrong.  During the course of the Waukegan Airshow, Paul Wood of the Warbird Heritage Foundation hosted a number of the performers.  The A-10 and F/A-18 crews both paid I visit while I was there and they all took a chance to go flying. 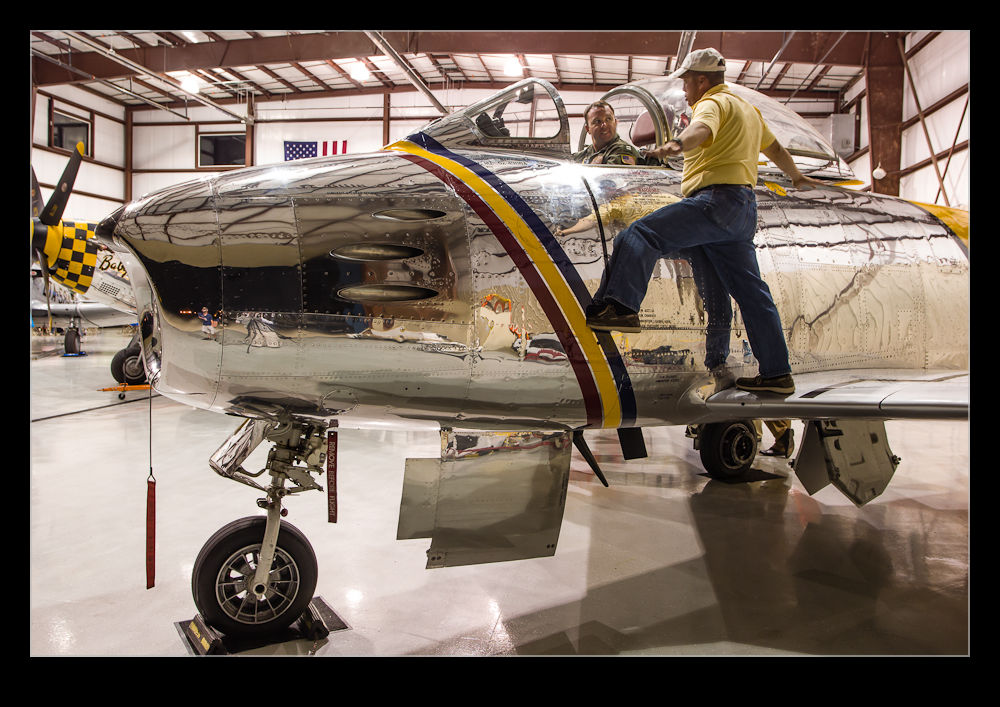 The aircraft of choice was the Boeing Stearman.  Sean took then flying (including his friend Russell – a local guy originally).  It is safe to say that everyone came back grinning like kids.  They had a bunch of fun playing around with something totally different – not least of which is the open cockpit. 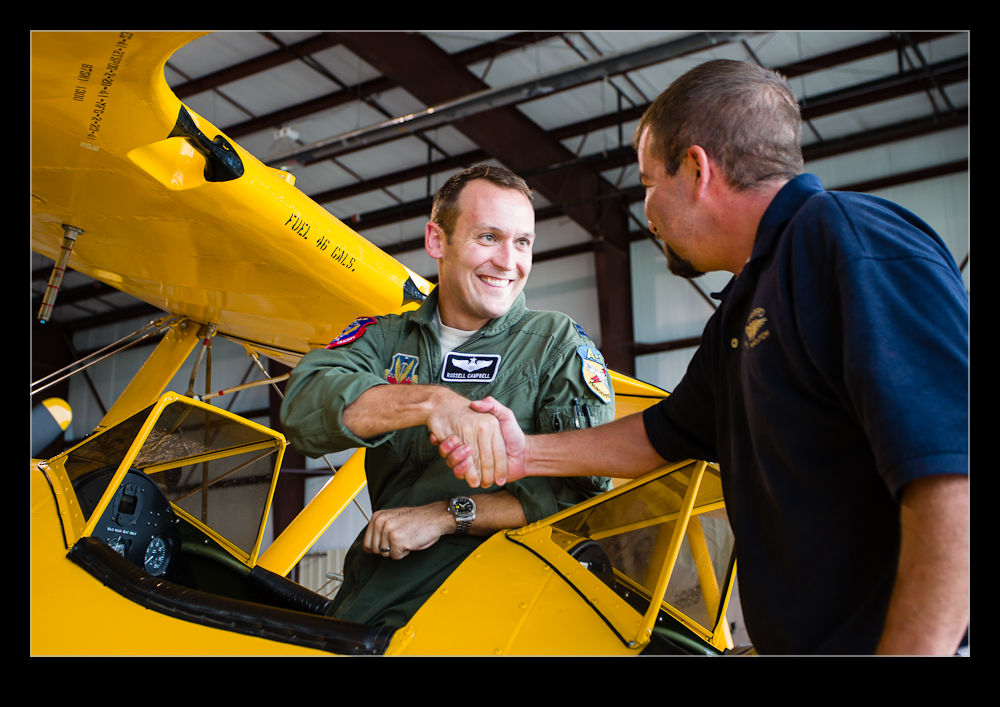 During the after show party, Stewie (who flies Hornets during the day) checked out a number of the collection’s other planes.  He certainly looked like he would have taken a lot of things home with him if he had the chance! 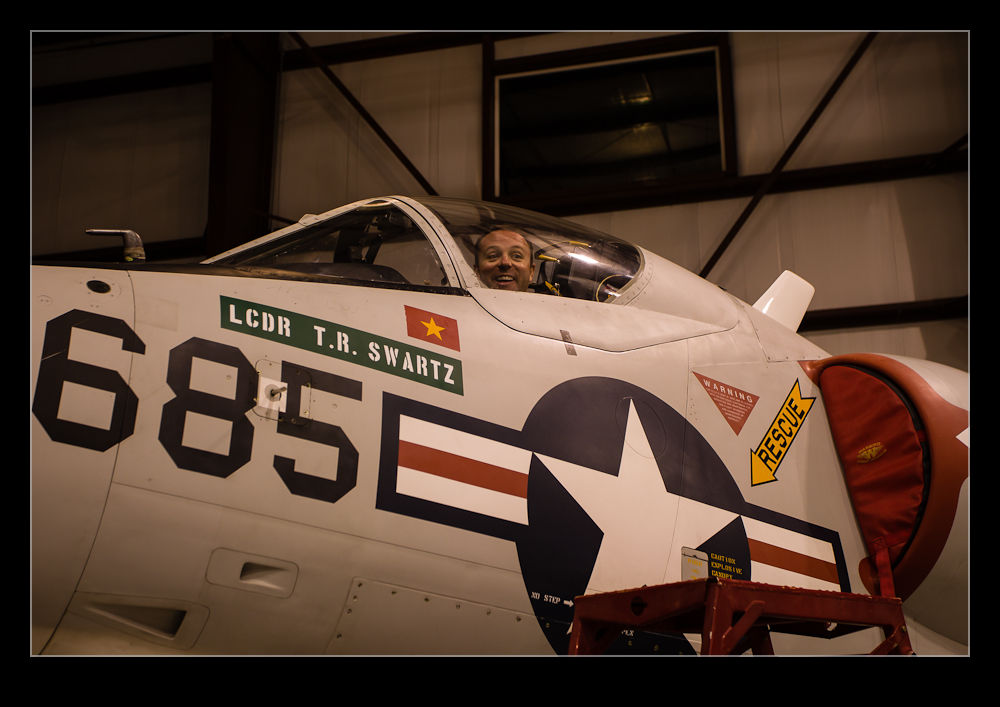