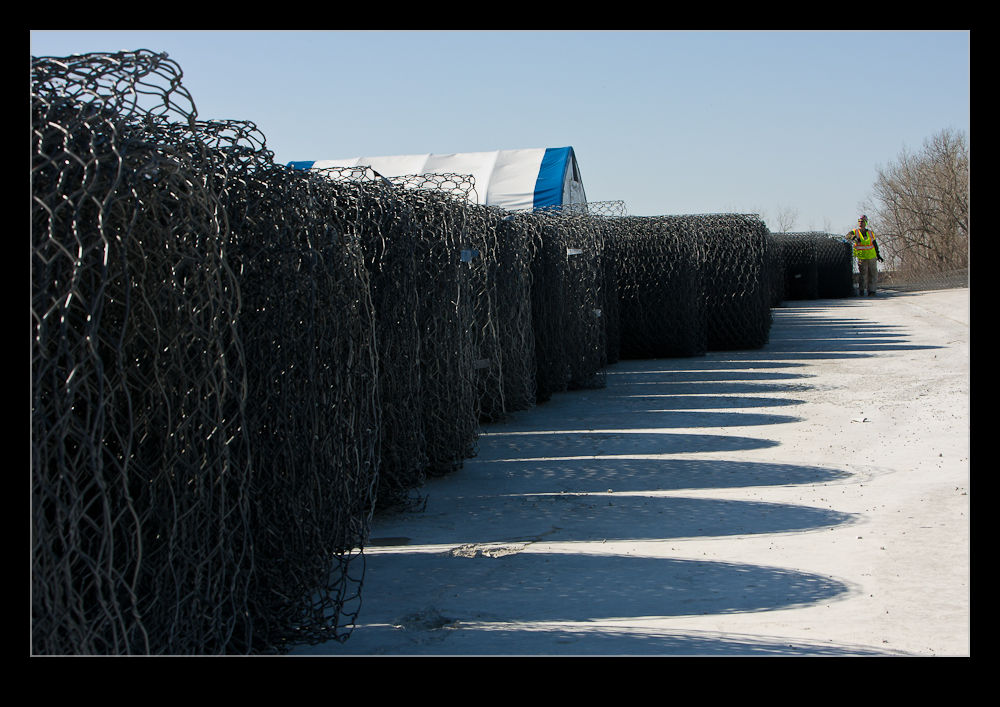 I mentioned before what the lift at the quarry involved.  However, I thought it was worth talking a little bit more about the work of the guys on the ground.  There was a good team spirit needed for this job and the guys worked hard throughout the day to get everything done.  With the many rolls of netting to put in place, there was plenty to do!  These were long rolls.  The later rolls were over 300′ long and they were hanging from 150′ of lifting line!  Also, it could be breezy and keeping the net under control was interesting! 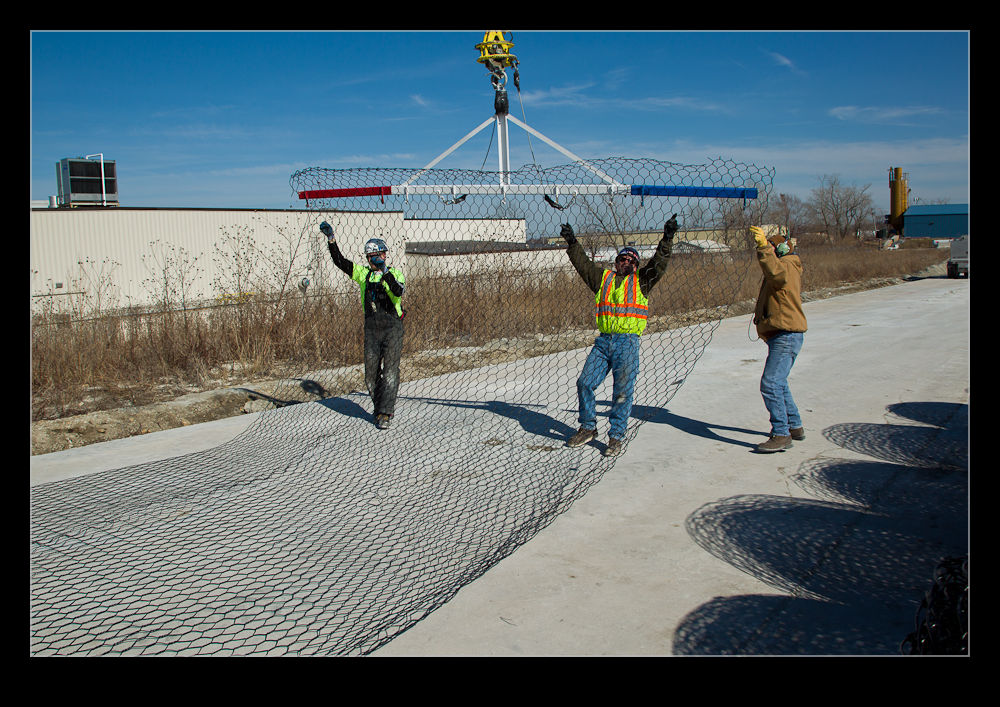 There was one group of guys at the top of the quarry who were responsible for hooking up the nets.  They would put the roll into place and unroll it along the roadway.  When the helicopter came in, it had a special fixture on the end of the line.  This was a spreader bar with hooks for the net.  The bar was attached at the bottom but a ring was placed into a hook to turn it up the other way.  This meant that the hooks would be the right way up to hold the net.  When the release was triggered on the hook, the spreader bar would flip over and the net would fall free.  Then the whole thing could be repeated. 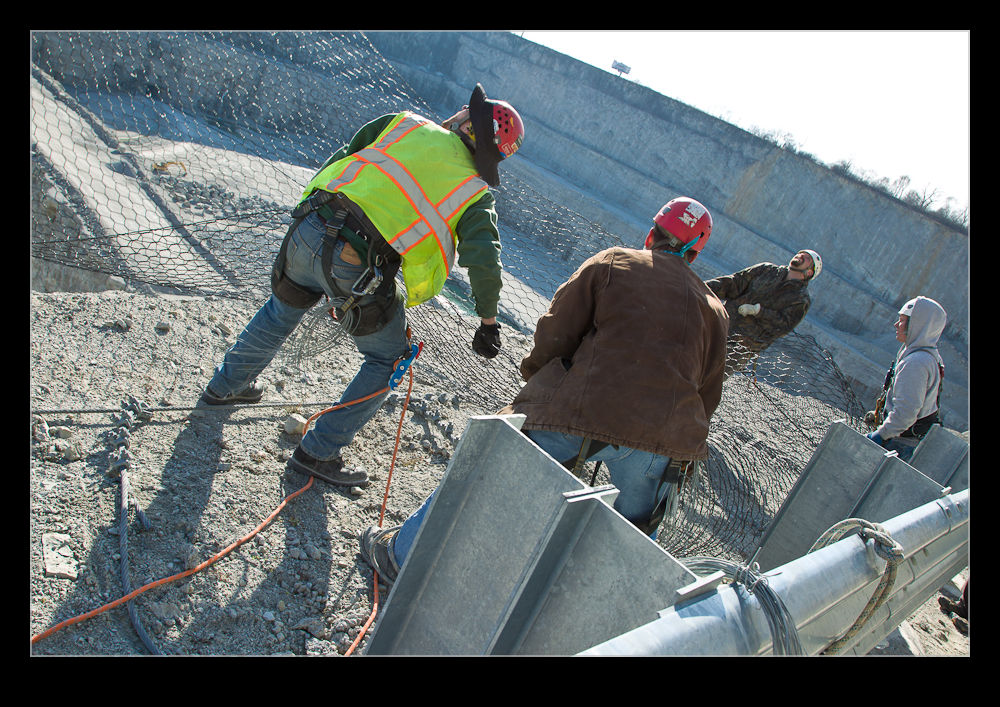 The other guys were on the top of the rock face ready to attach the net.  A wire line was rigged across the top of the rocks.  When the net came in, they guys had to grab the net, bring it into place and start wiring it to the line.  Two guys would be in harnesses and they would head over the edge as the net was lowered to ensure that it was aligned correctly and were it needed to be.  Joining each net down the rock face would follow another day. 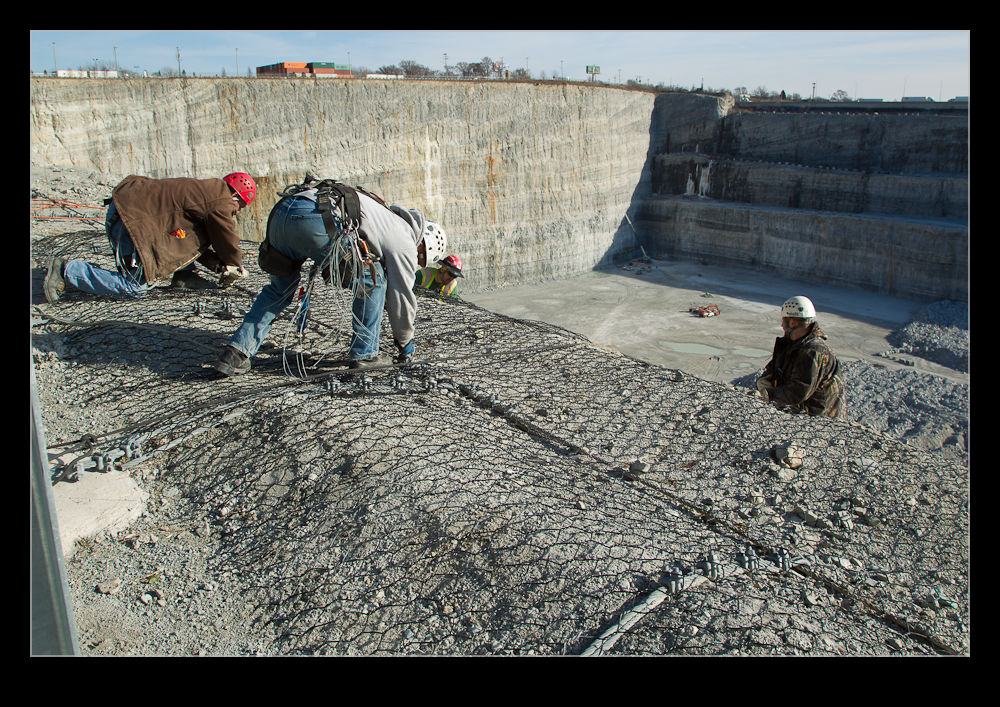 The guys worked well together handling the nets into place and making sure they weren’t aligned incorrectly.  If the wind twisted the net, they had some good techniques for getting them back around the right way.  The was vital since the release would not work if it was facing the wrong way!  Jim was flying during all of this with a very long load so he did a great job to stay focused. 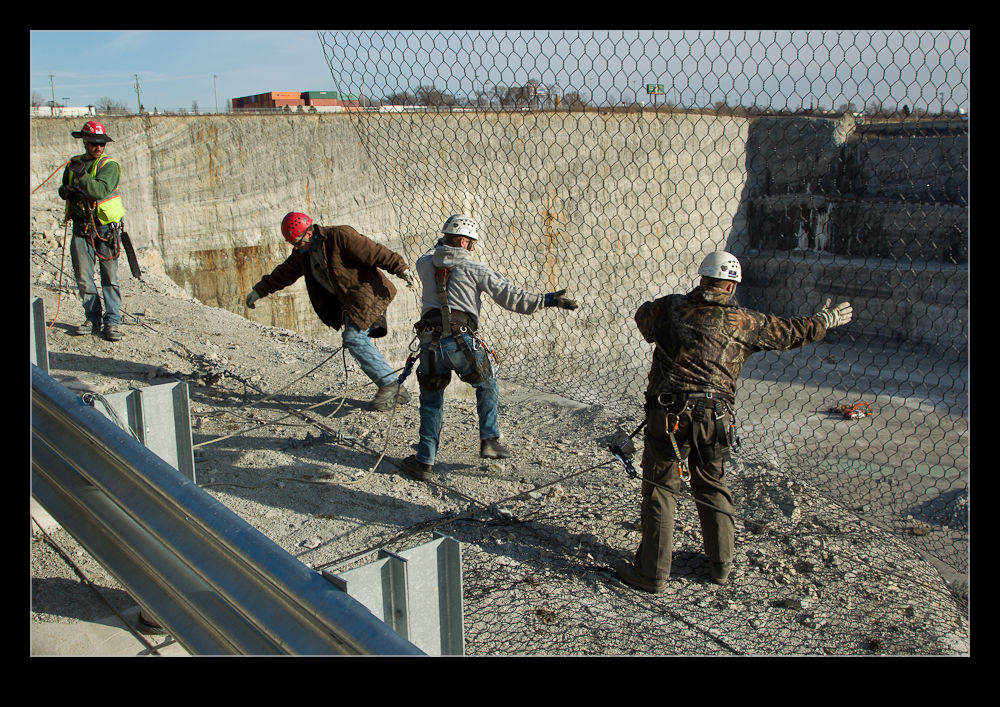