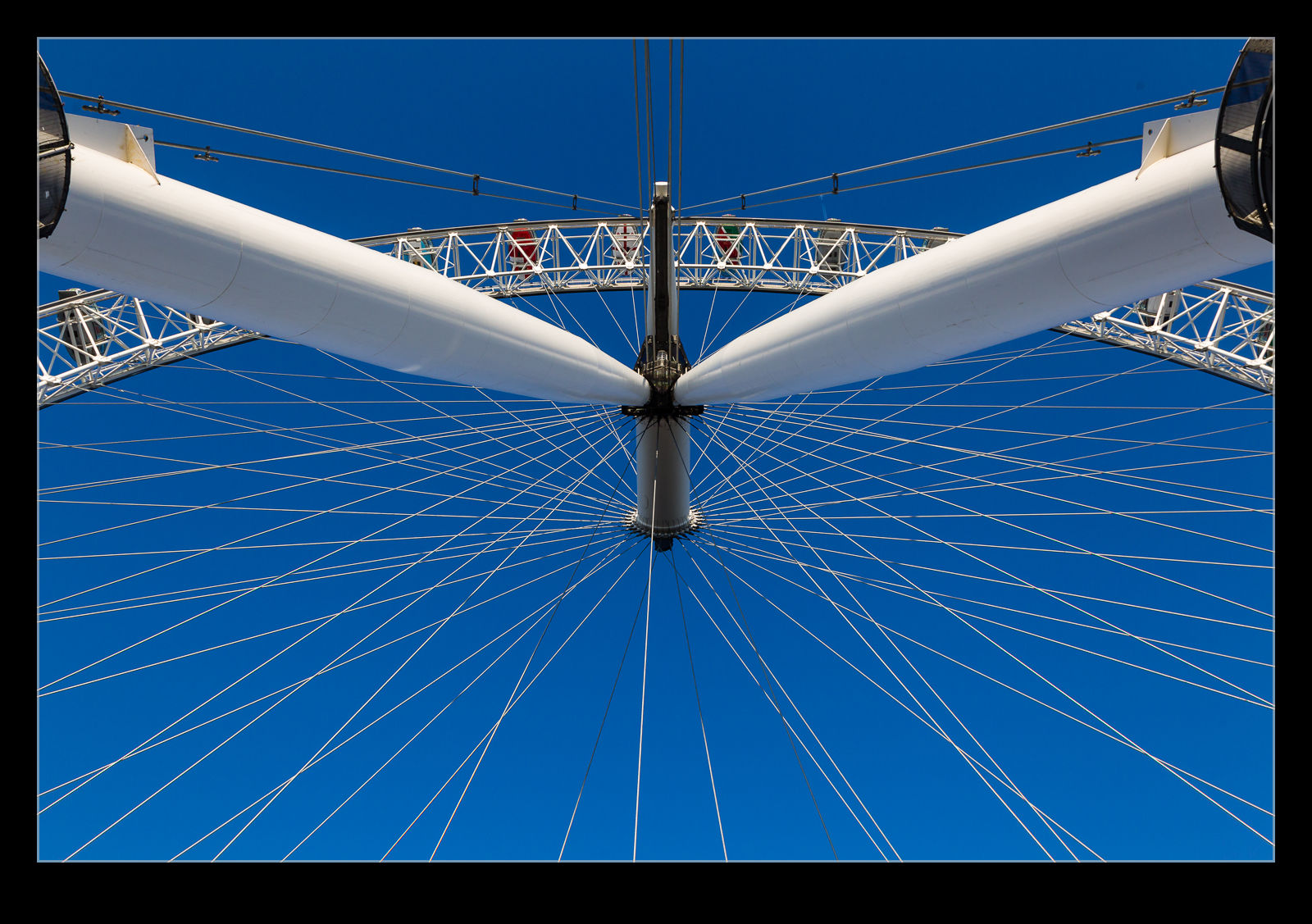 I had in mind to make a post about the London Eye a while back. This was going to be based on some old pictures I had taken when we lived and worked in London. Since then, we made a trip to the UK and ended up staying very close to the attraction. I remember when they were initially building it. The whole structure was laid out flat on the river and, only when it was complete, did they winch it up into the vertical position. 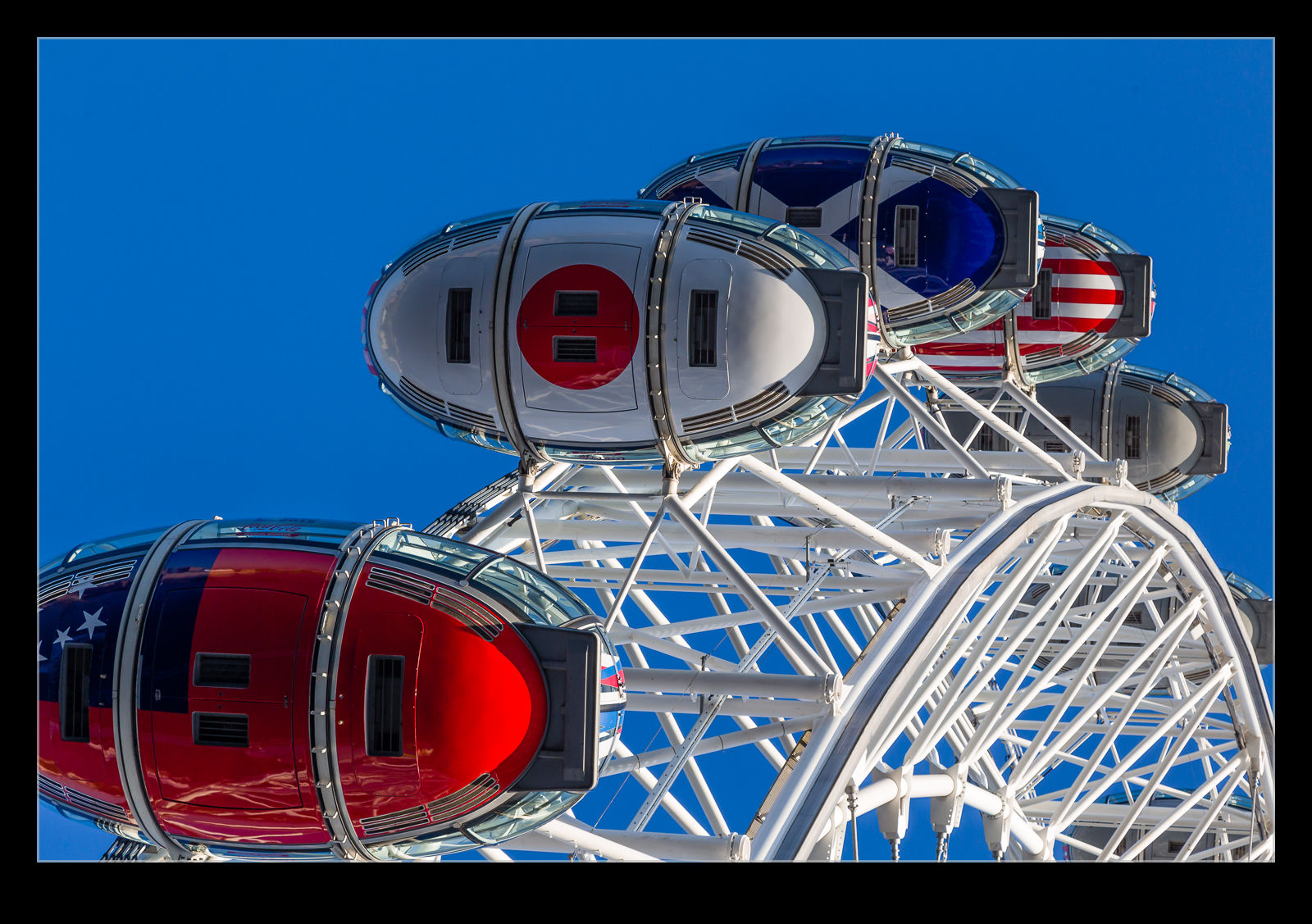 It was a huge hit when it opened and it remains so today. The opening of The Shard has provided a new location for people to get an elevated view of London but this hasn’t stopped the visitors lining up. While we were visiting, England was preparing for the start of the Rugby World Cup and the pods on the Eye had the flags of the competing nations applied to the undersides. This added some color to the structure. 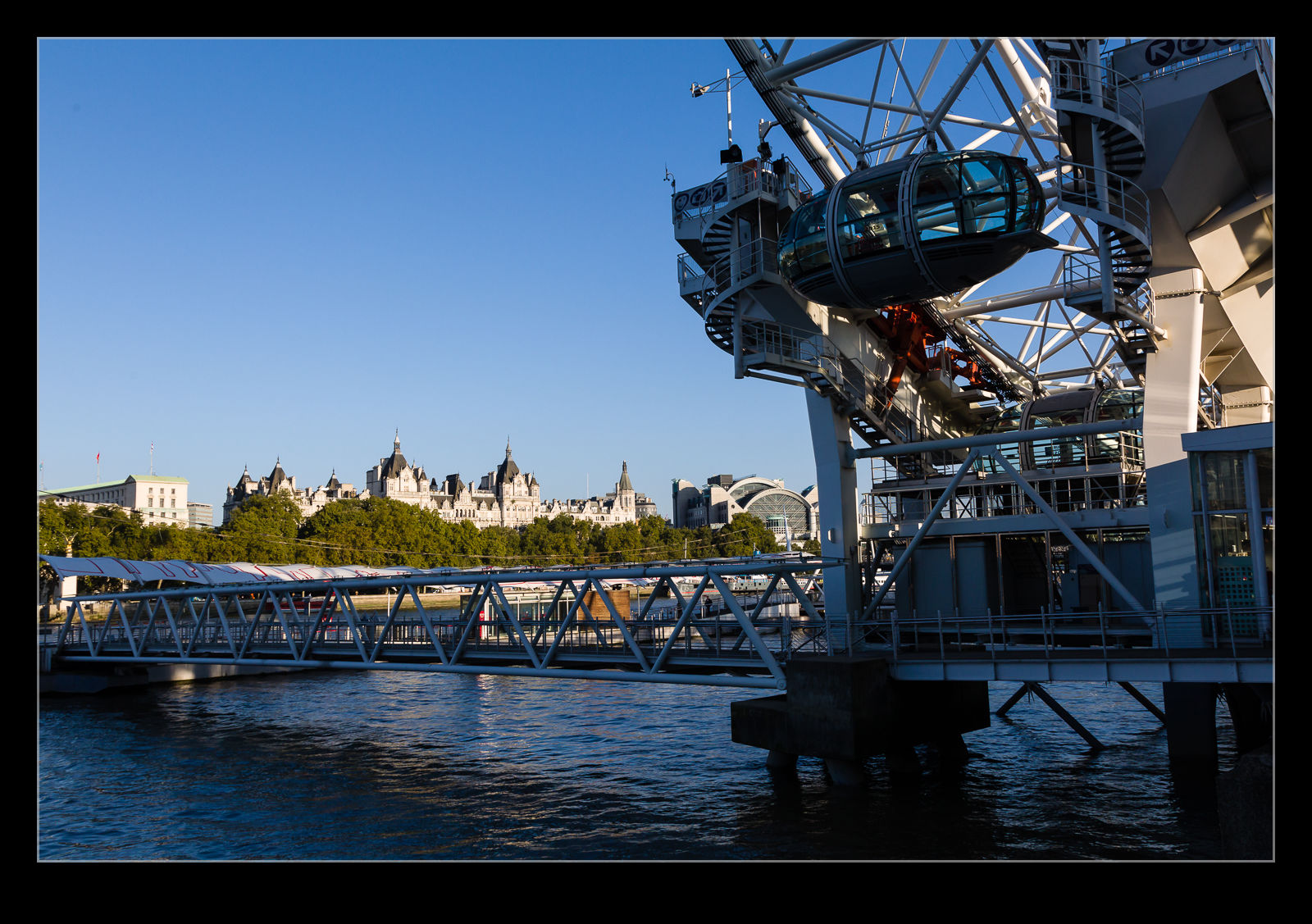 Shortly before we left London, I headed out early in the morning to get some shots of the Eye. It was interesting to see the different shapes it offers depending on where you view it from. It wasn’t in use at the time so things were being readied for the day with some of the mechanisms being tested and the pods were stationery. I didn’t get a chance to shoot it at night which was a shame but that wasn’t why I was there. However, it was nice to see it again and to see that it is going strong, long after its original out of service date has passed. I hope it will remain a feature for a long time to come. 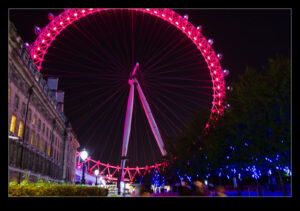 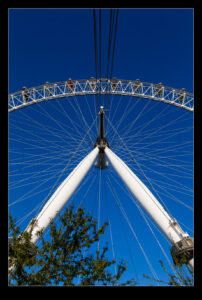 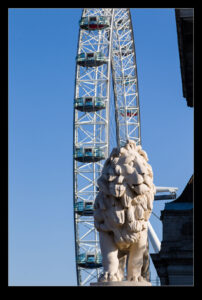 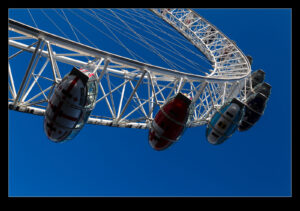