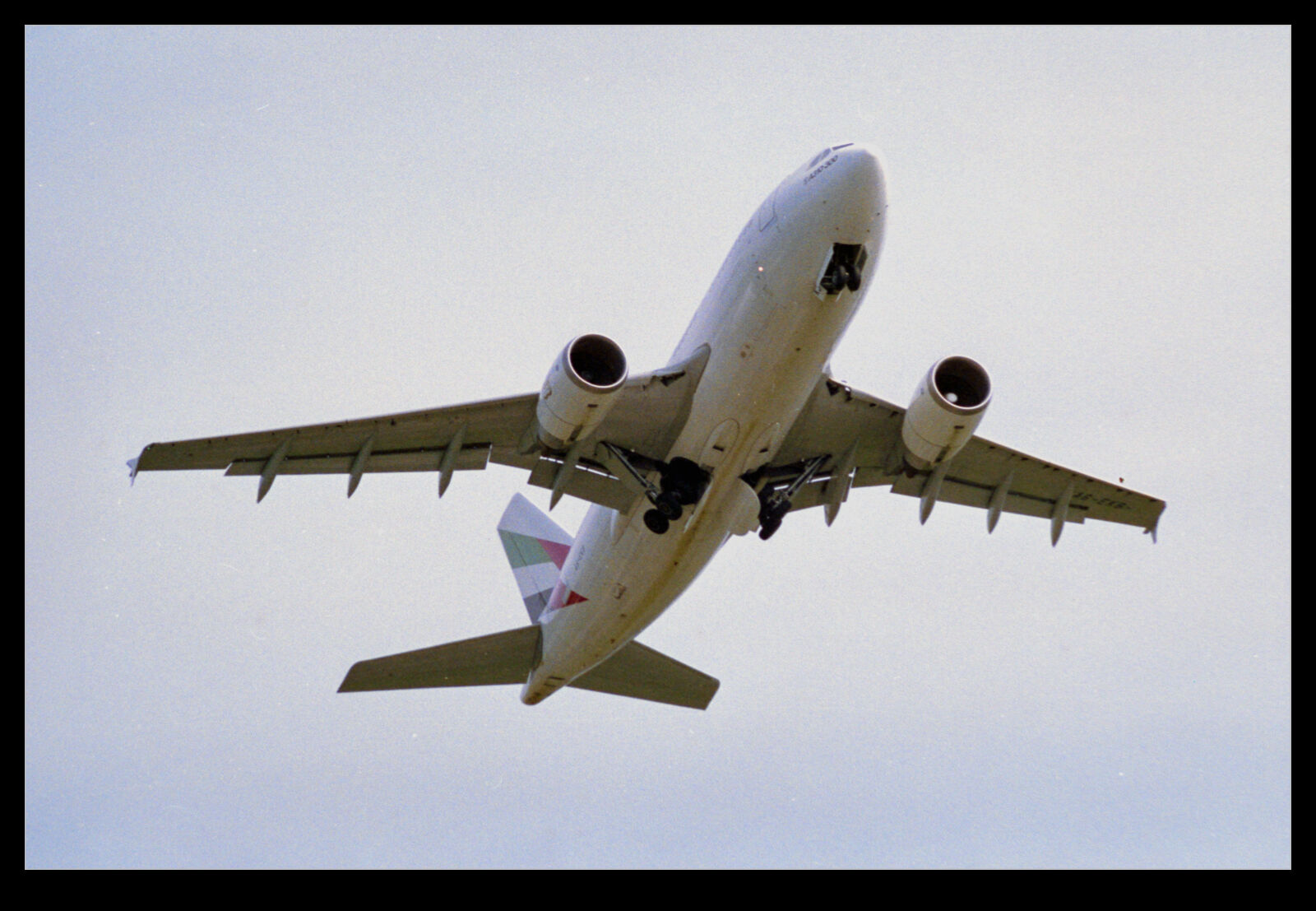 If you were to ask someone to name one of the dominant global airlines these days, it wouldn’t be long before the name Emirates came up.  The rapid growth and large fleet of wide-bodies makes Emirate a familiar sight around the world.  It is easy to forget that is was not always thus.  I first saw Emirates in 1988.  At the time, I had a small book of airliners around the world and it listed the planes that were potentially going to be seen in the UK.  It didn’t include short haul jets from the opposite side of the world but it did have something that could conceivably be seen.  At the time, Emirates were listed as having one A300 and two A310s.  A far cry from what they have now.

They used to fly in to Gatwick with the A310s.  While working for the CAA, I got to spend a bunch of time under the approach to Gatwick recording noise levels of the passing jets.  I did manage to get the occasional shot too!  Here is a scan of a slightly rough negative of an Emirates A310 passing the middle marker.  This plane would now be considered a bit too small for their regular operations!