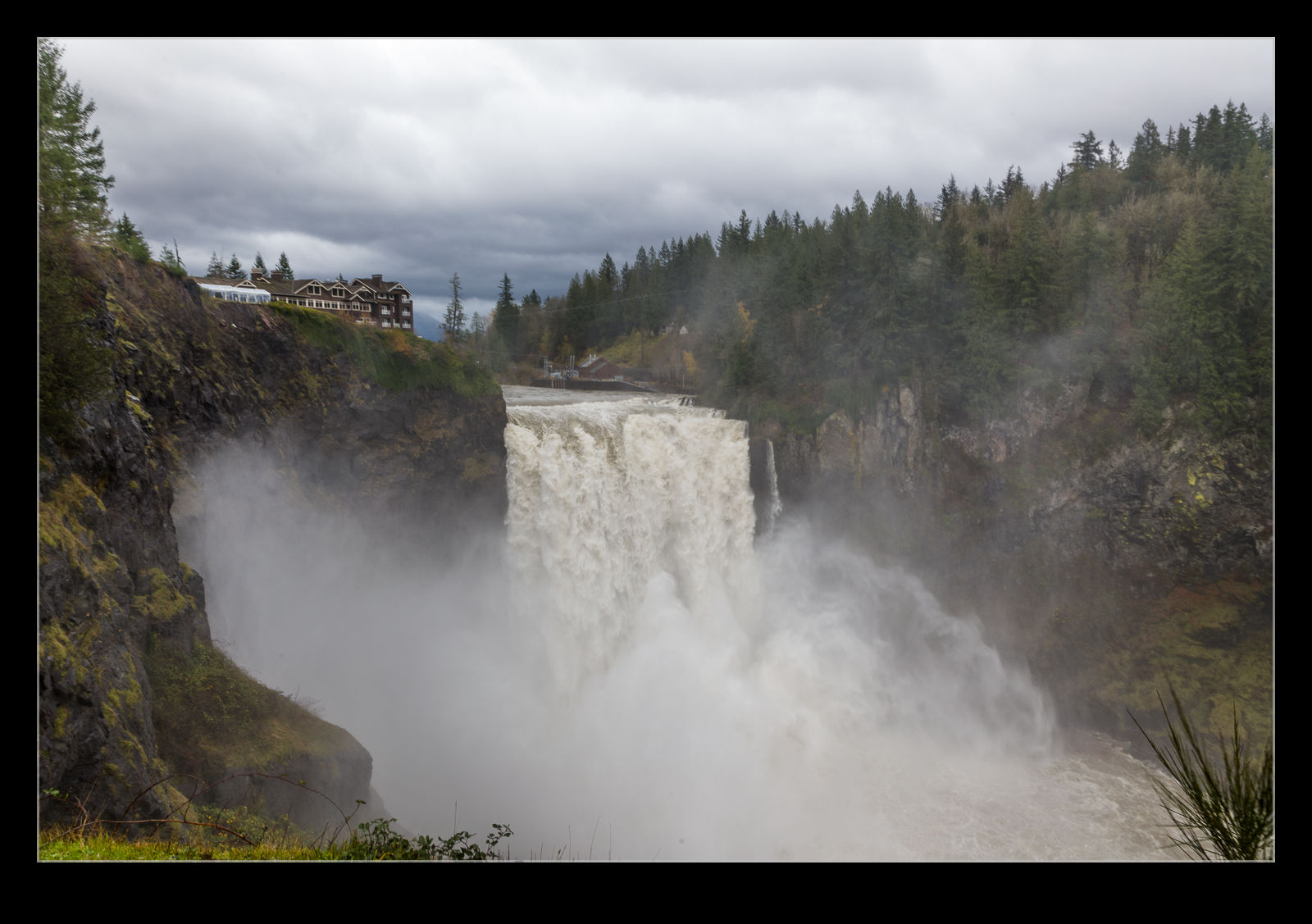 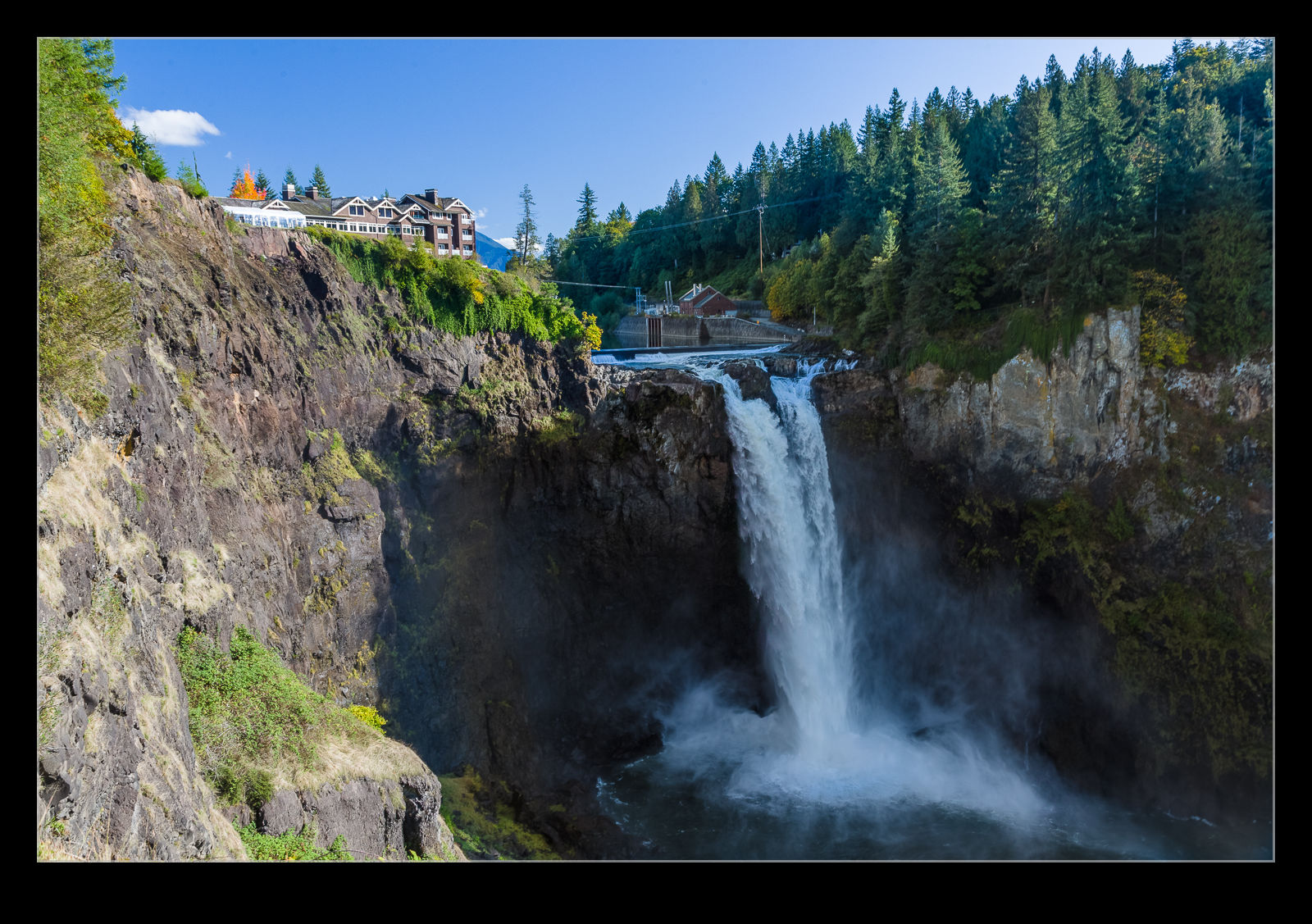 The recent months in the Pacific Northwest have been very wet.  It has felt like it was always raining and not just gentle rain but heavy rain on a regular basis.  This means that there is plenty of water in the mountains and the rivers coming out of the Cascades are heavy with flow.  I figured a trip up to Snoqualmie Falls was in order.  A few months back I had been up there when the flow over the falls was very low. 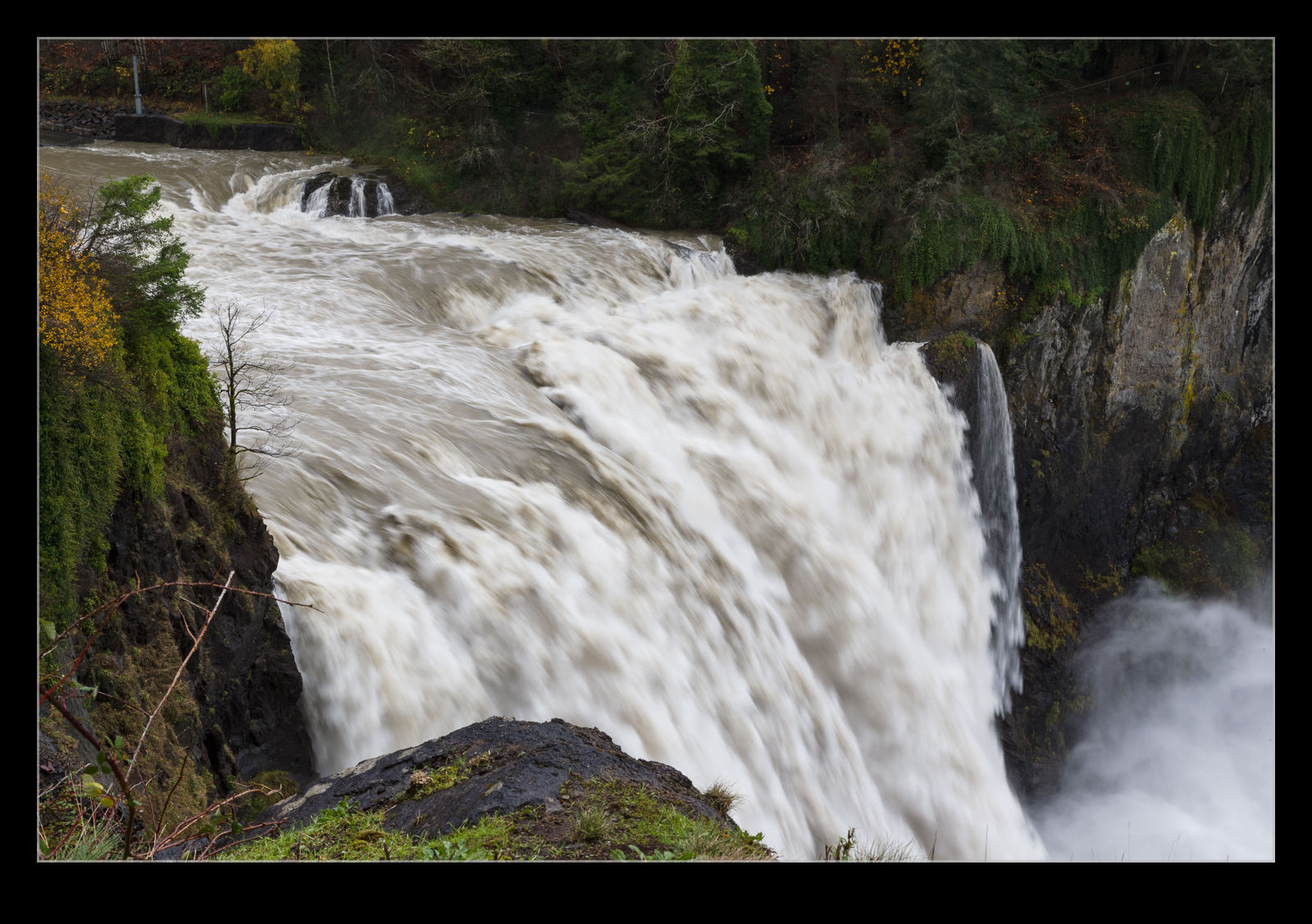 With the two power stations built in to the falls, the demands that they put on the water often mean that there is a lot less to go over the falls themselves.  Once the water levels get high, though, there is more than enough for everyone!  The falls were really raging.  The spray blowing up from the river was quite intense and, depending on which way the wind was blowing, you could either be quite dry or getting a deluge. 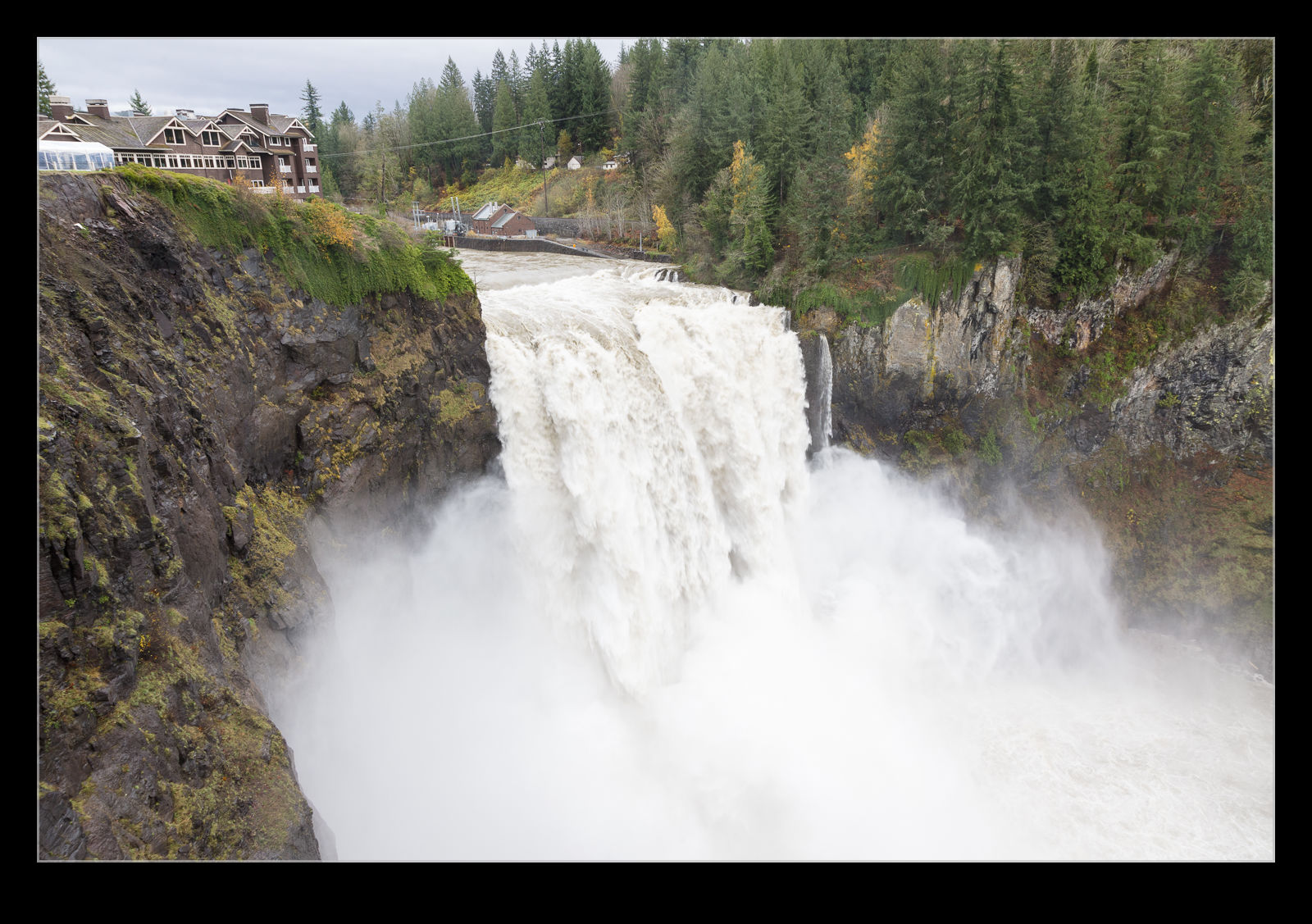 Since I made the visit, the weather hasn’t got any better.  I imagine that the falls have continued to be in full flow ever since.  Downstream, the river valleys have been in flood with the river levels all high.  Hopefully no one is suffering too much – those areas are prone to flooding anyway and they tend to be ready for it. 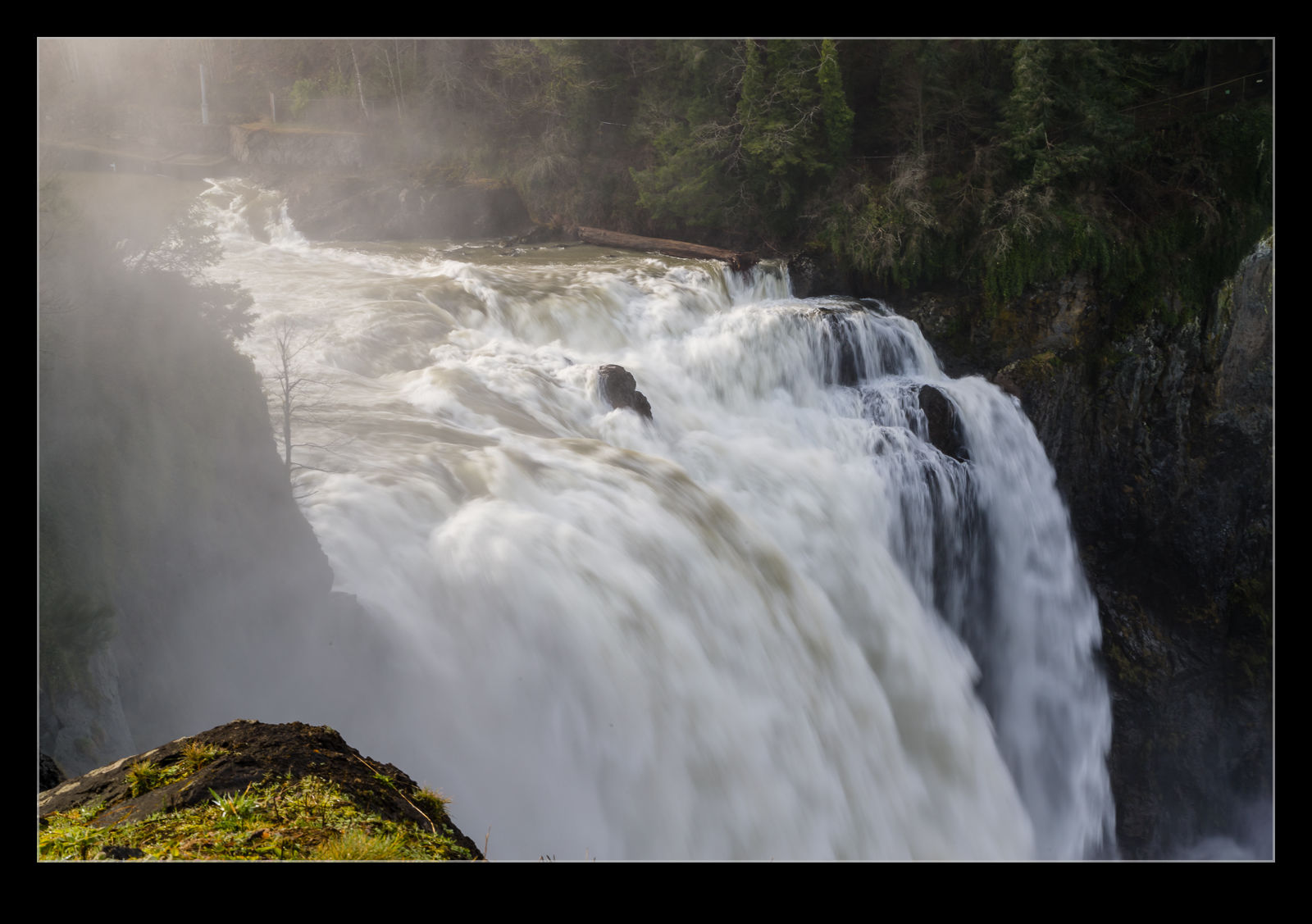 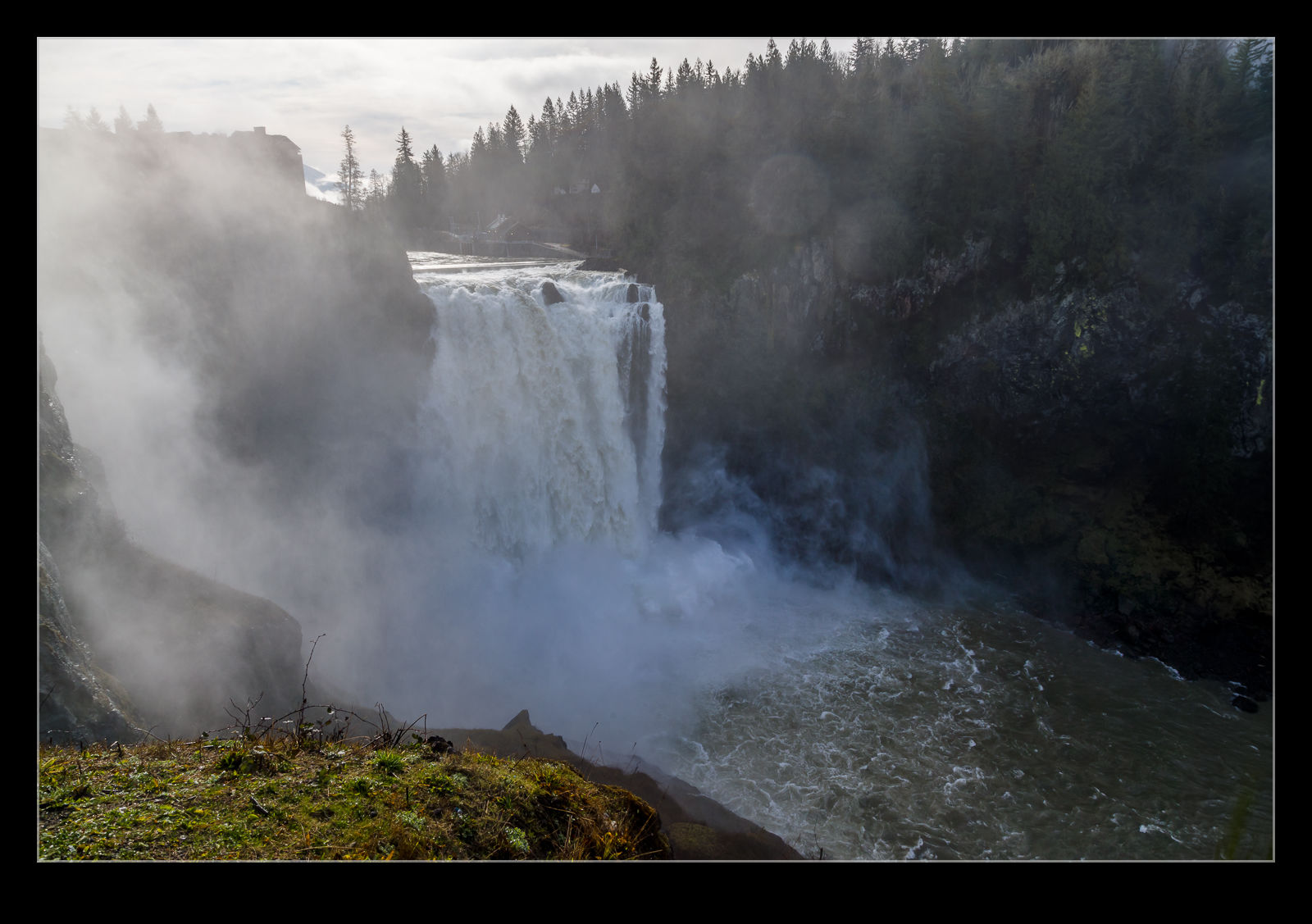 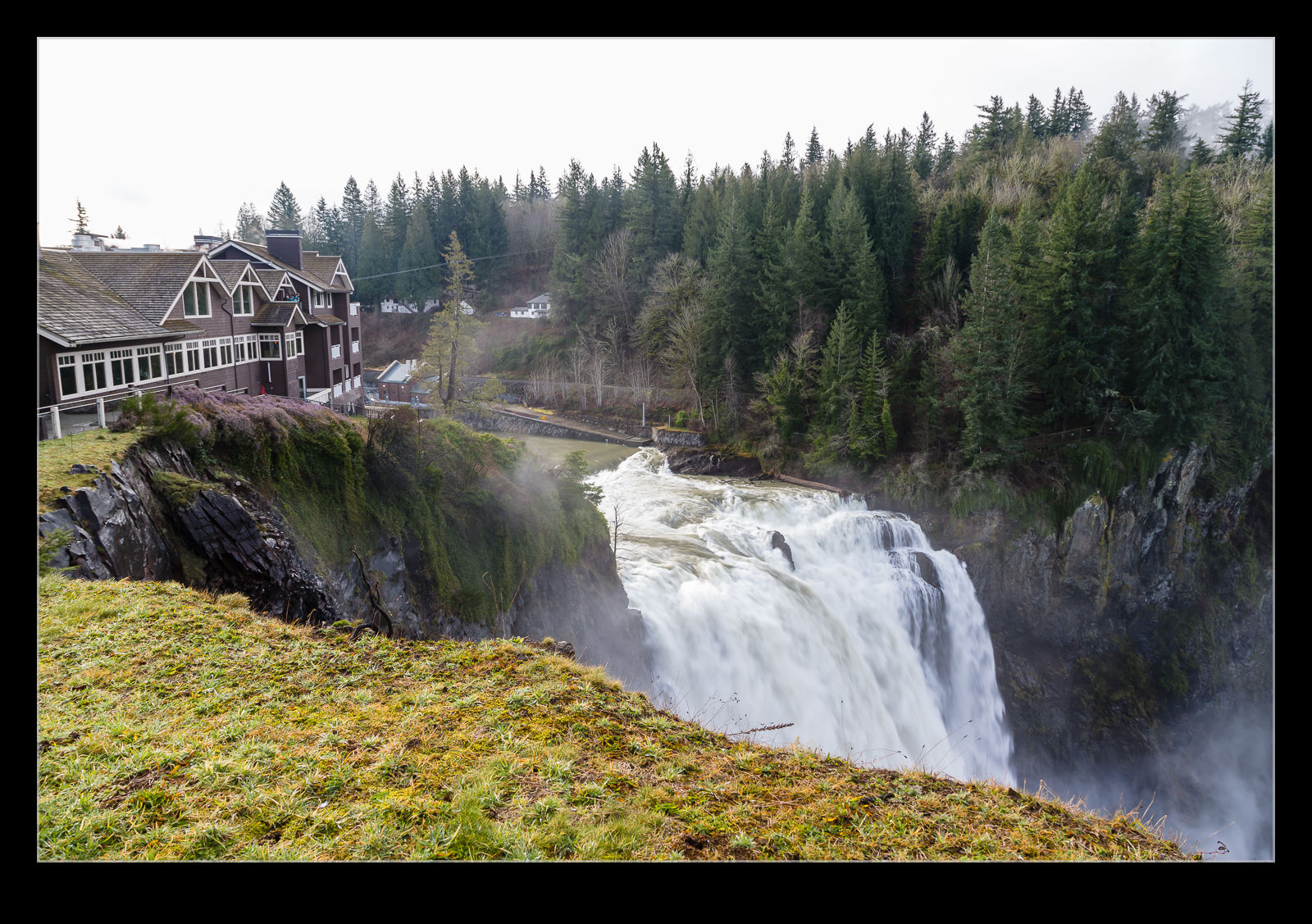 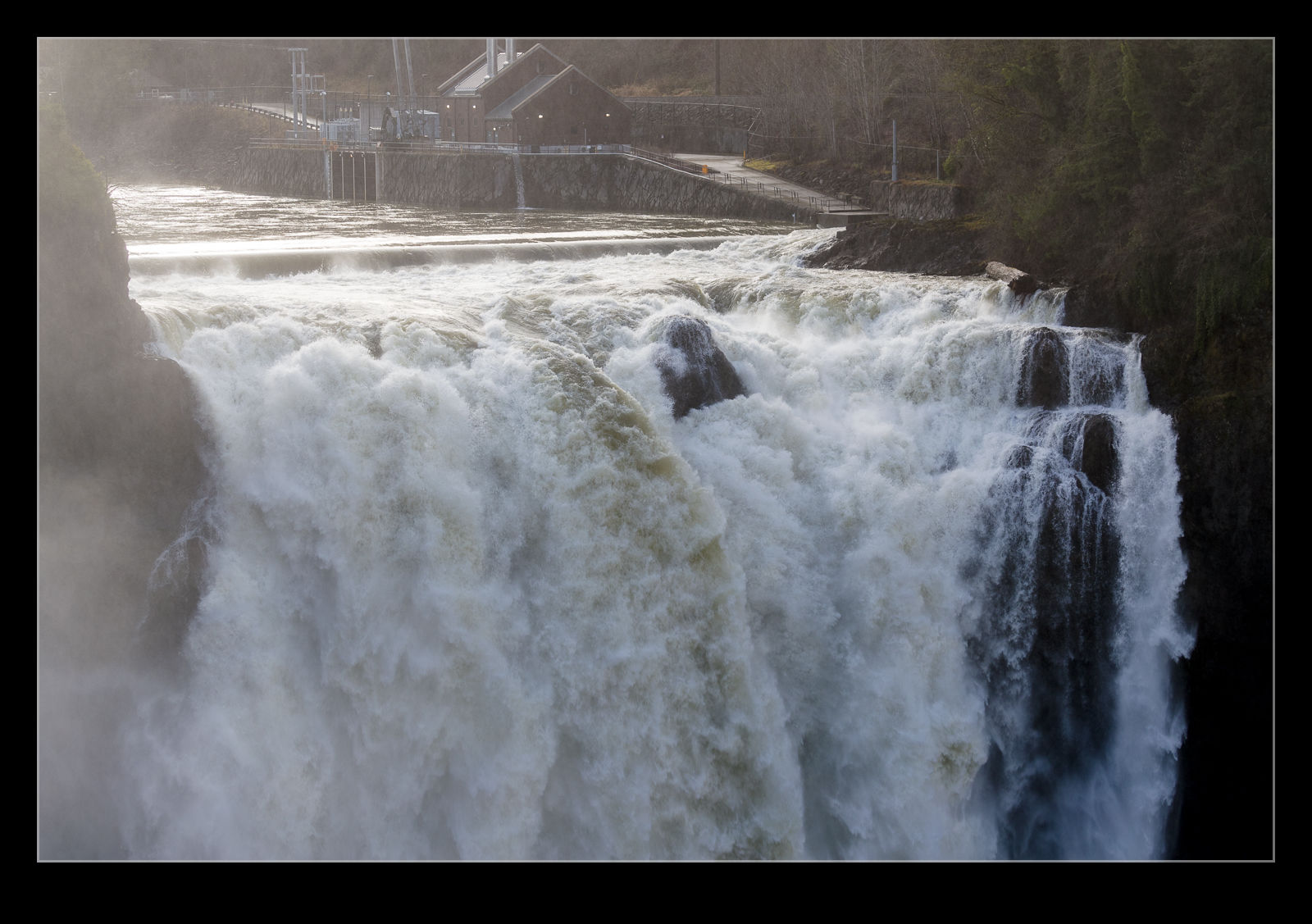 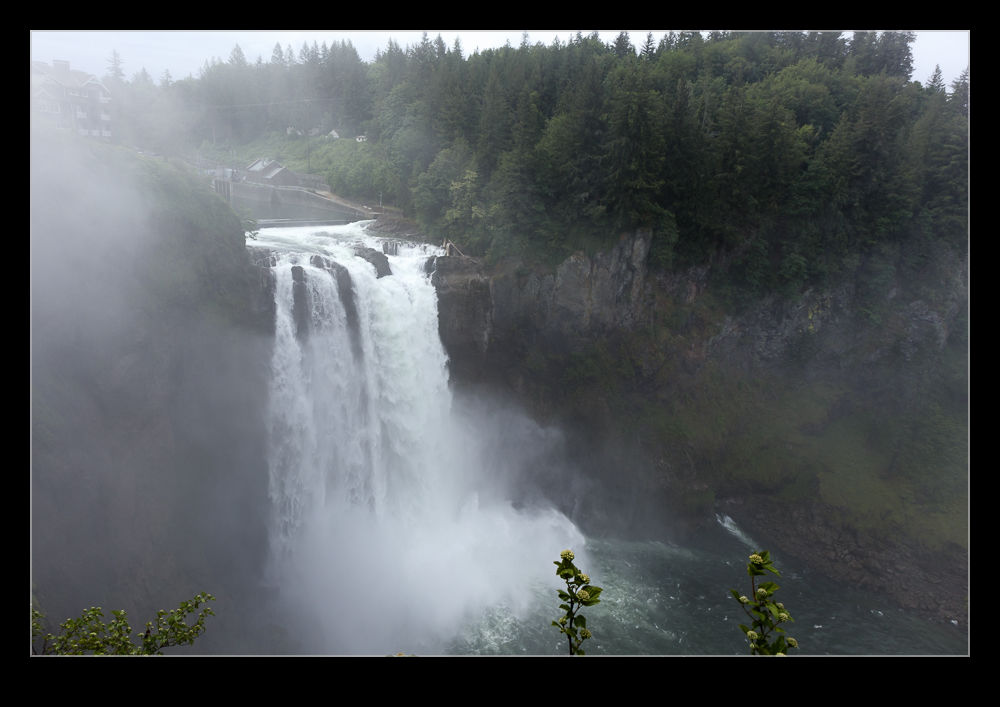 A trip to Snoqualmie Falls ended up being on a day that was not the greatest weather.  We were hoping that it wouldn’t rain.  When we got to the top of the Falls, it was getting pretty wet.  However, it wasn’t raining.  Instead, the spray from the glass was being driven up the cliff face towards us by the prevailing wind.  It was then dropping on us.  Head off down the trail a short way and we were dry again.  Of course, that was little compensation when you were getting drenched at the overlook points! 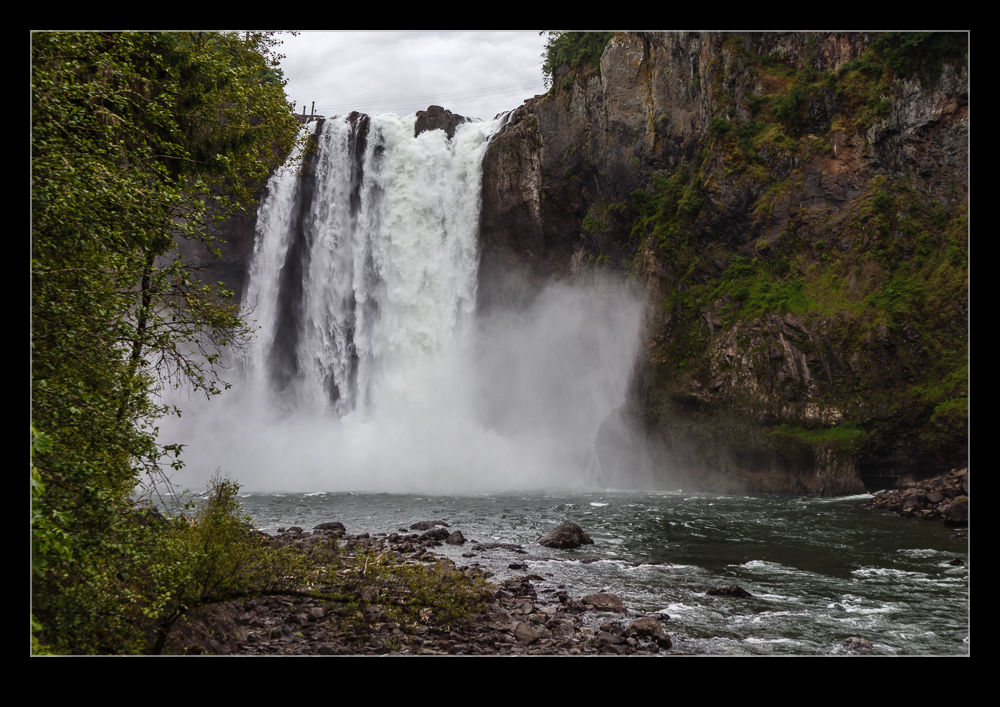 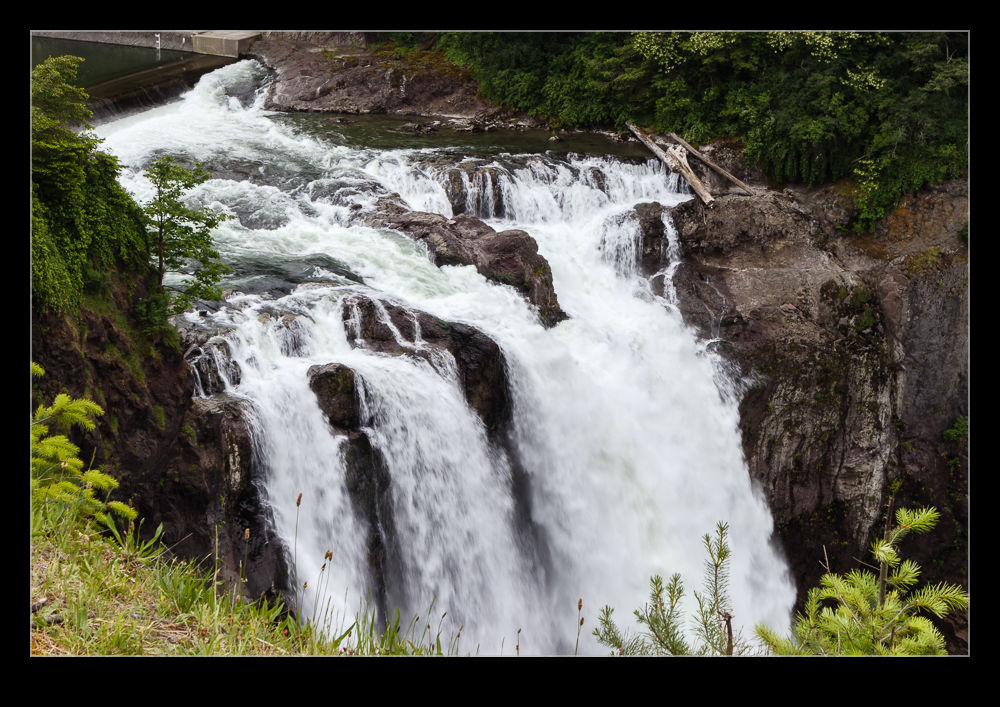 I shared some photos from our visit to Snoqualmie Falls in this post.  While I was there I did shoot a little video too.  Here is a sample of that video since, with something like flowing water, stills don’t always give you quite the sense of the flow and power of the falls. 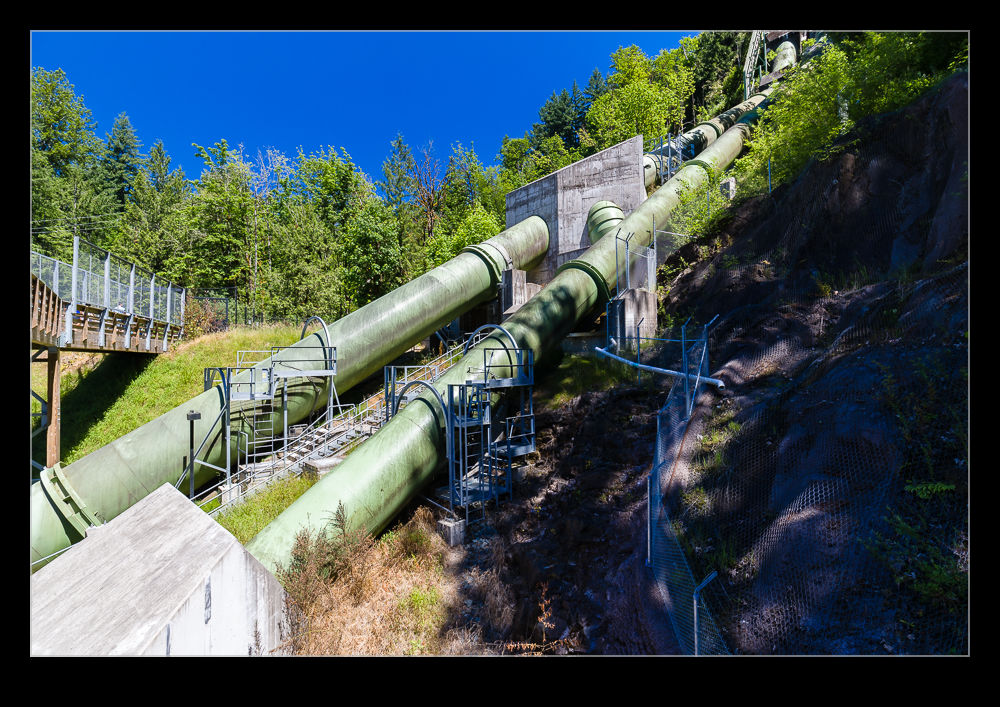 Snoqualmie Falls may be impressive but they would be even more so if there weren’t a diversion of a lot of the water.  There are two hydroelectric power stations at the Falls.  The original station is built into the Falls themselves.  Water is taken off at one side and drops down to some turbines before being ejected alongside the base of the falls.  The exiting water can be seen from above. 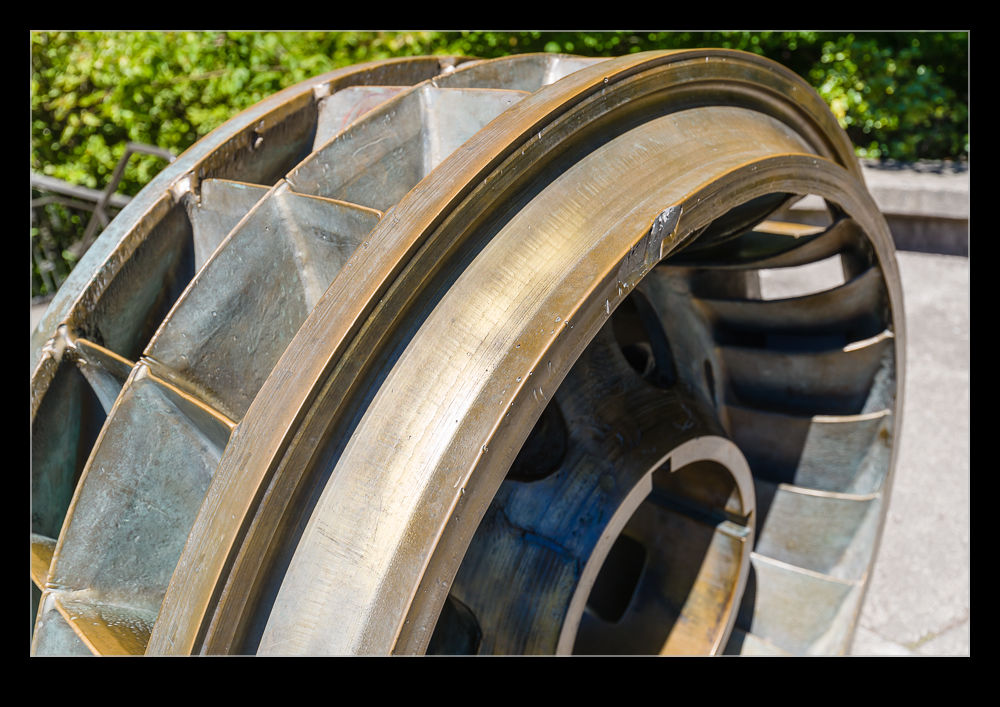 The second station was built a few years later and has been expanded since.  Water is ducted around the Falls to a holding pond where it then enters some pipes that run it down the side of the hill to a turbine hall.  The hall has been replaced and expanded relatively recently but the style has been kept in keeping with the original.  The pipes also look like they have been replaced because they looked quite new.  As we walked across them, it was hard to imagine just how much power was flowing within. 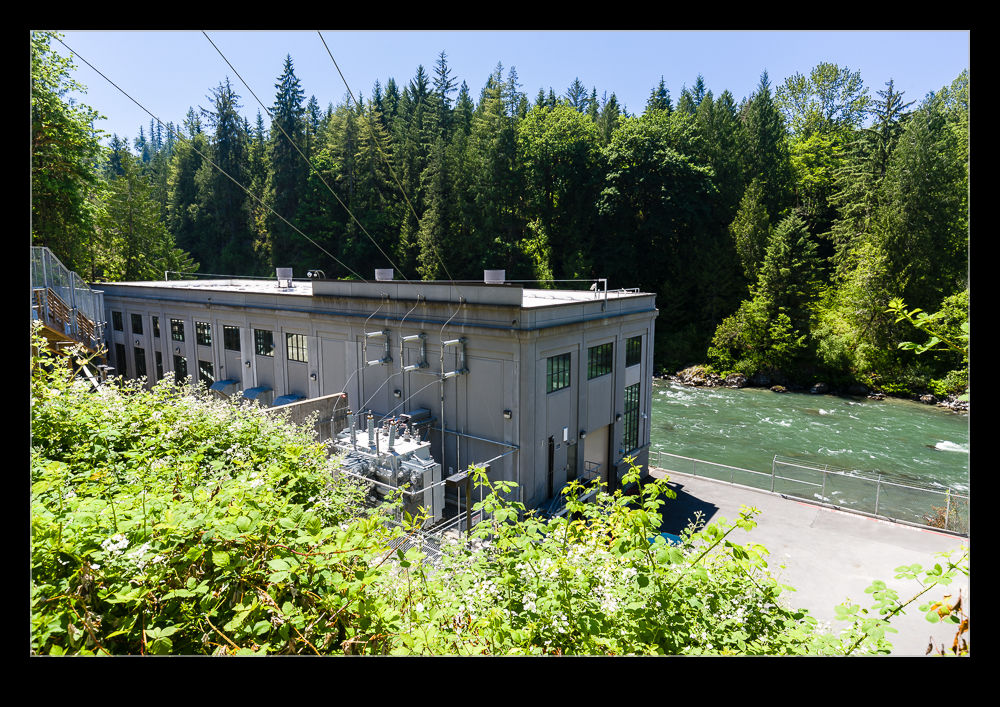 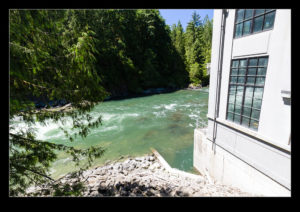 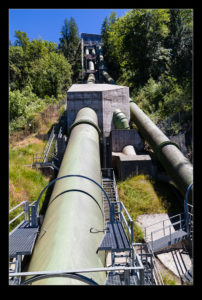 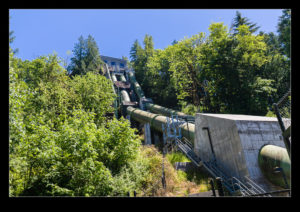 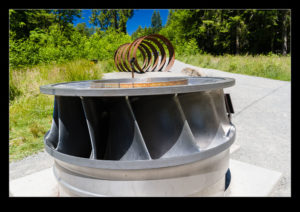 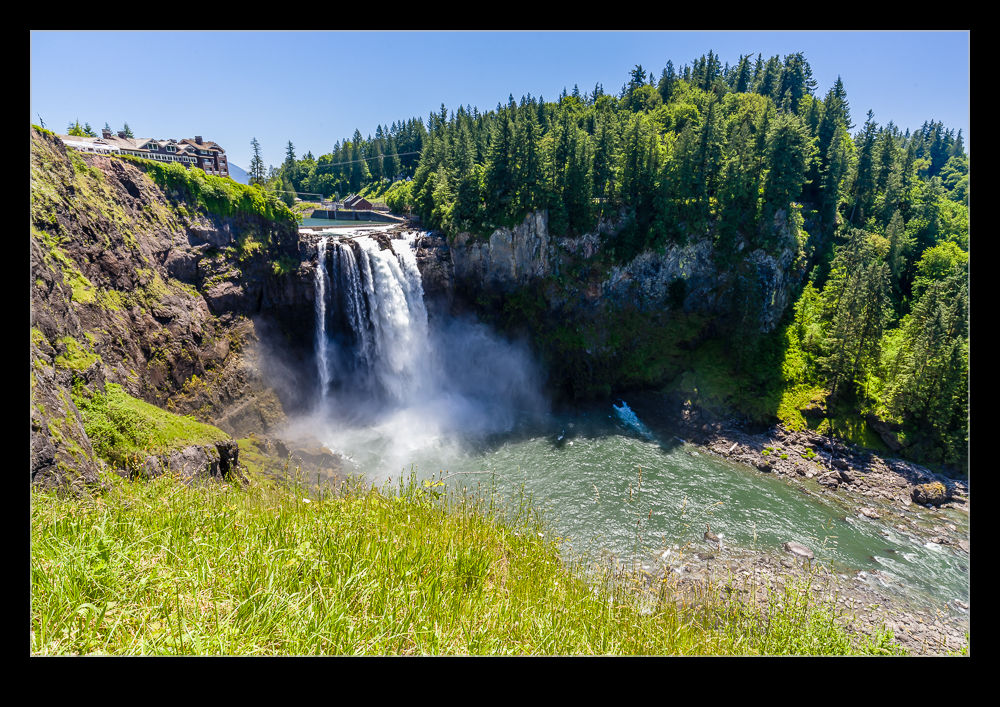 Our exploration of our new territory included a trip up into the foothills to see Snoqualmie Falls.  The town of Snoqualmie is quite a way from the top of the pass but it is still a nice increase in elevation from the more populated areas to the west.  The views are very nice from up there.  The water running off the mountains has already formed a pretty decent sized river by this time. 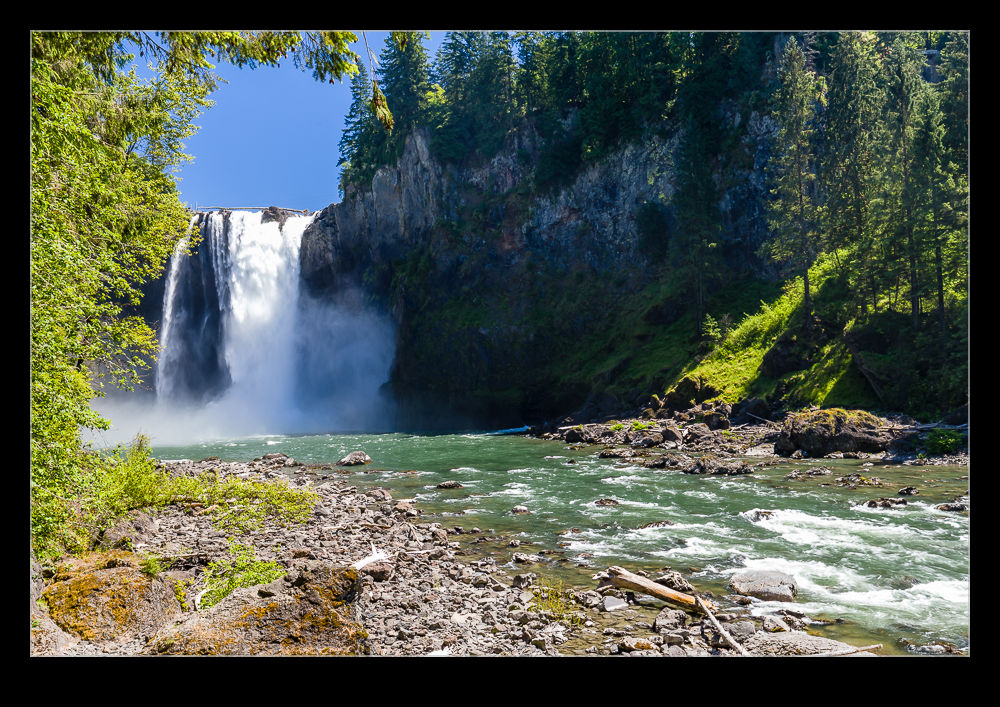 Because of the time of year, I was not expecting a very heavy flow over the Falls.  They provide a guide to when the flow is strong and when it is light and we were not visiting at a time of year when it is expected to cover much of the lip of the Falls.  However, some heavy rain in the preceding week had obviously resulted in some run off and things were actually looking pretty forceful.

We had lunch in the hotel overlooking the Falls and got a window seat that provided a great view.  Then we walked around the ridge to see the Falls from different angles before taking the trail down to the river level.  Things look very different when you are level with the base of the Falls and they feel far more powerful.  It was a warm day and the climb back up to the top made me feel rather toasty.  It was certainly worth it though. 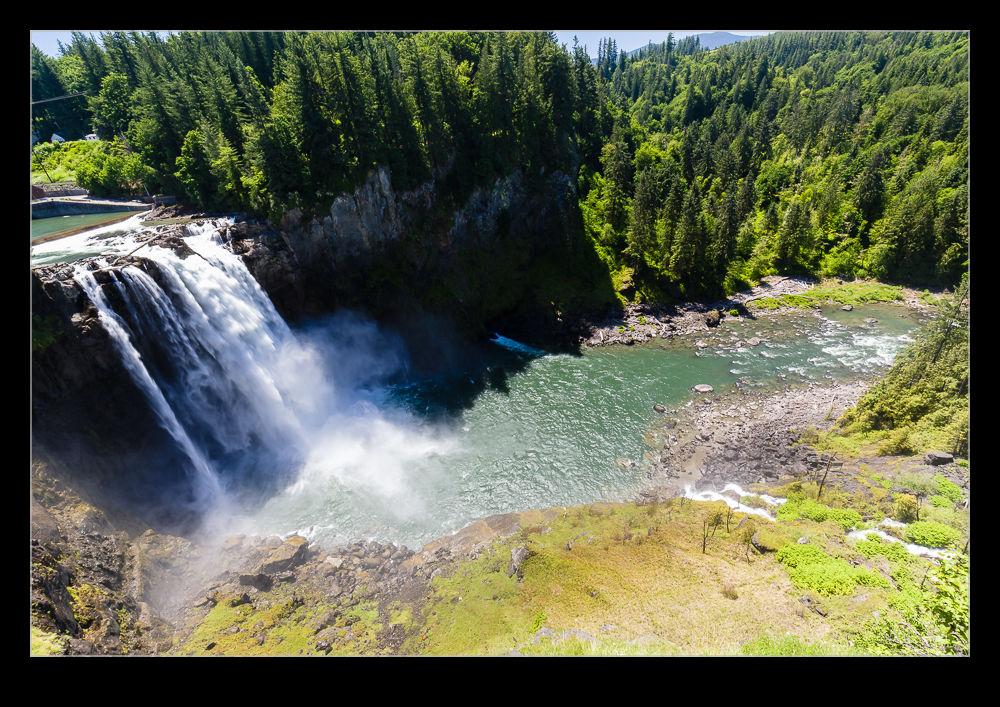 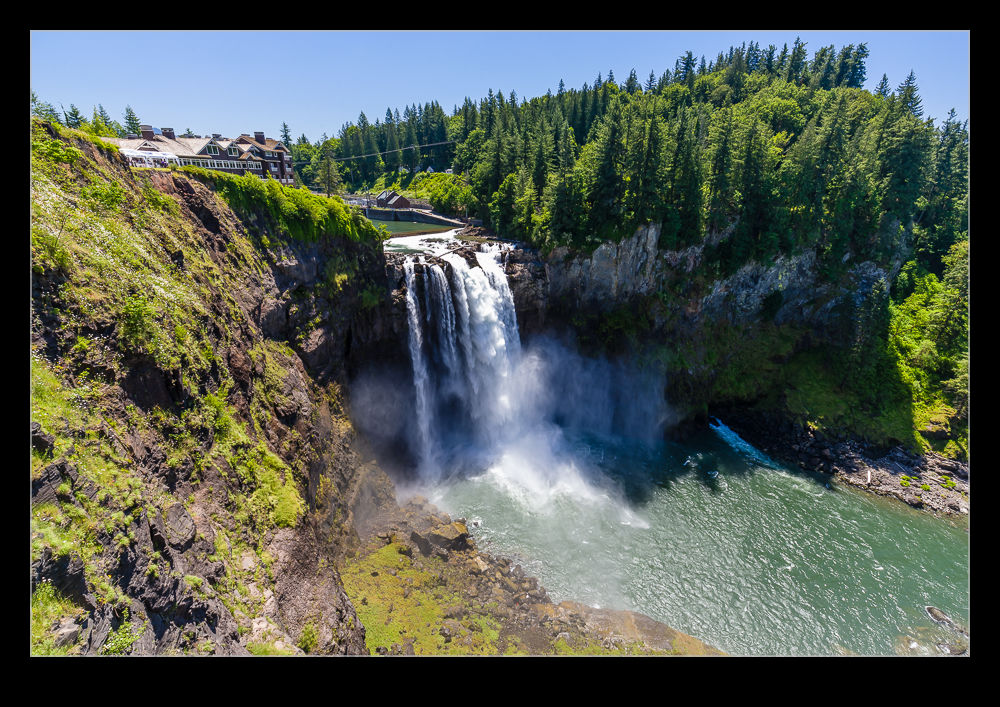