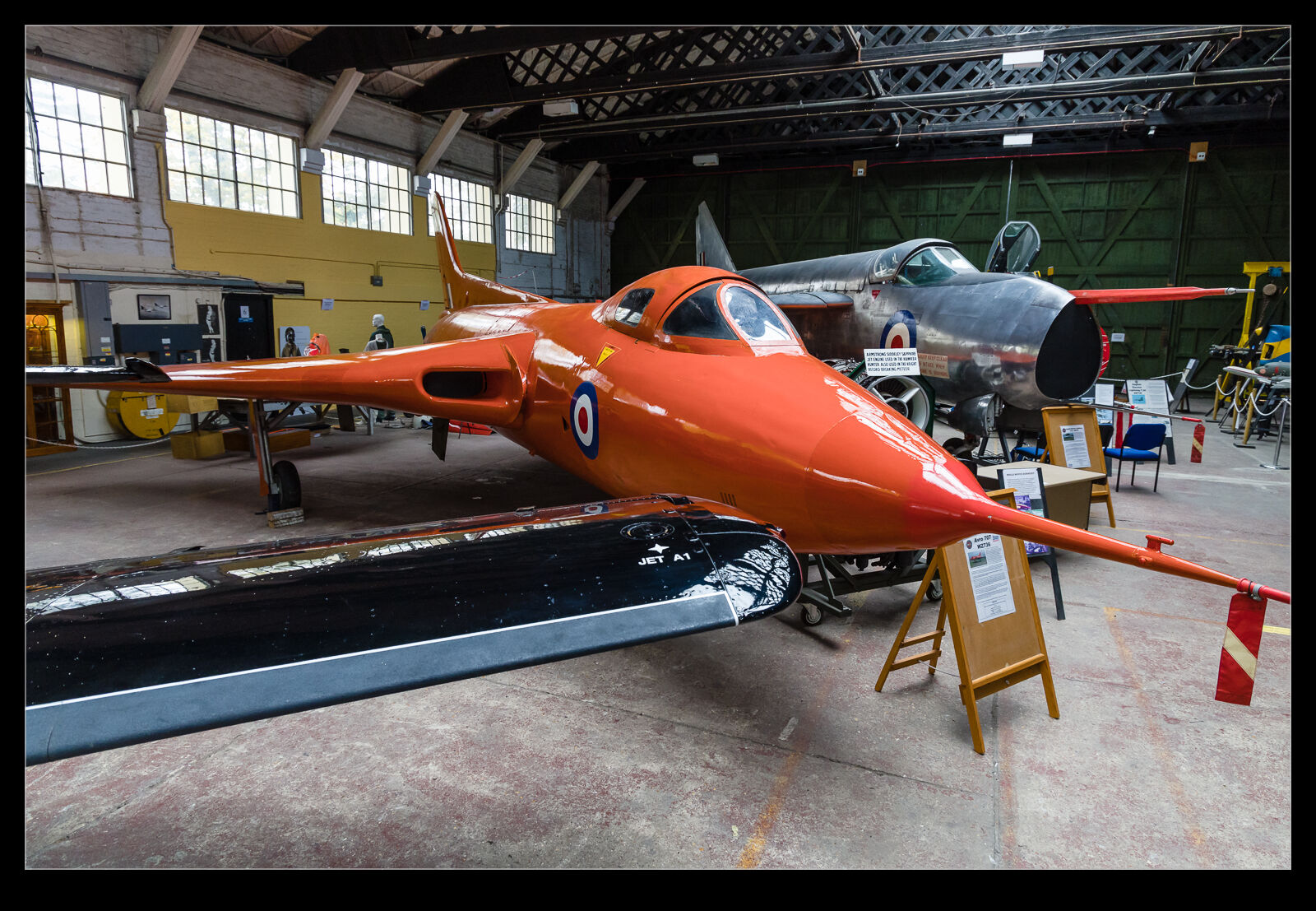 The development of the Vulcan required a lot of concept testing before the full size jets were built.  Avro built a series of smaller scale delta winged jets to work out some of the issues under the name Avro 707.  One of these lives at Old Sarum in the Boscombe Down Aviation Collection.  It is painted a bright orange color and, while tucked in a dark hangar, it still looks striking.  It would be great to get some elevation to show off the delta planform of the jet but still happy to have managed to see it.  I was rather close to it so needed to shoot a variety of shots to stitch together afterwards which only worked so well. 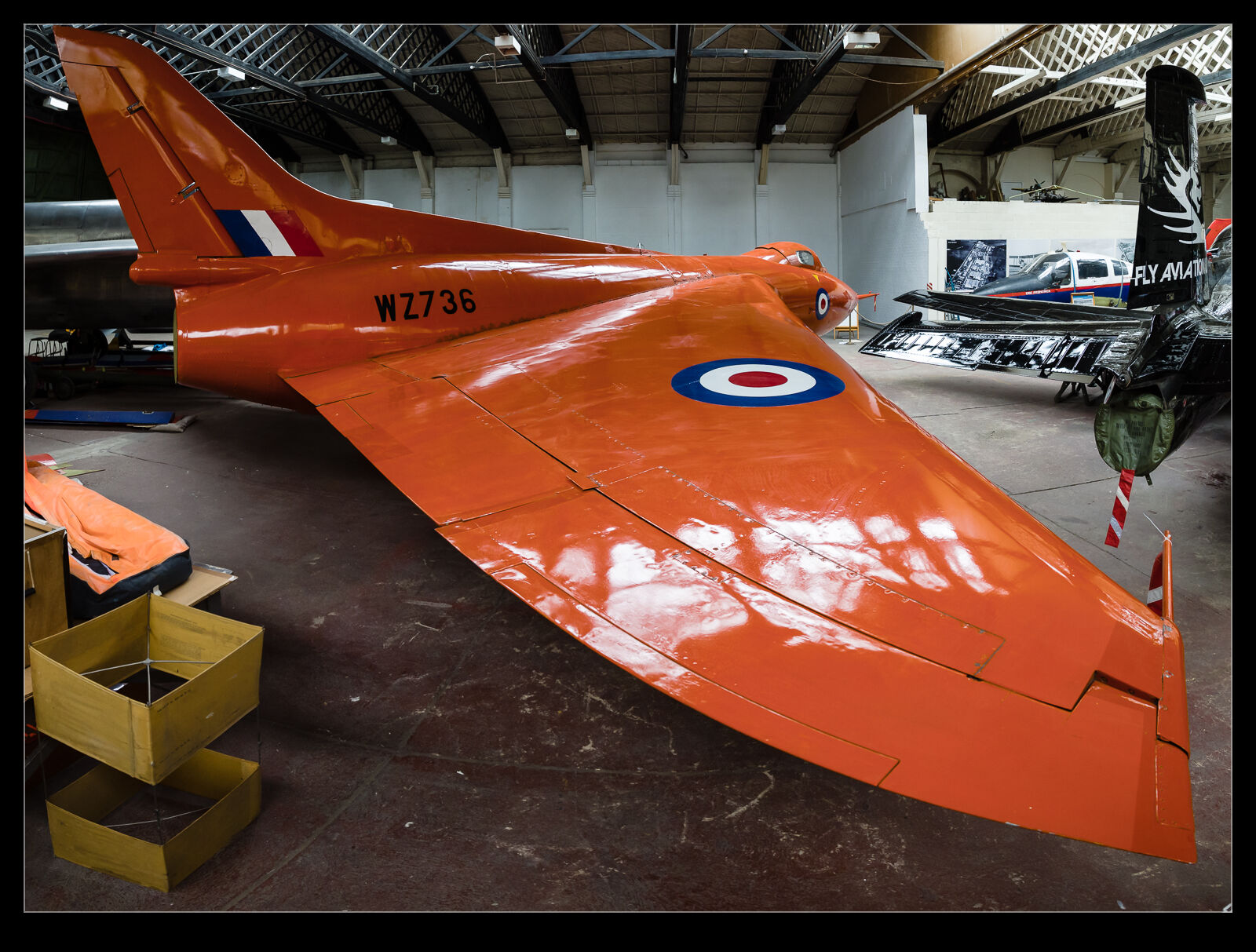 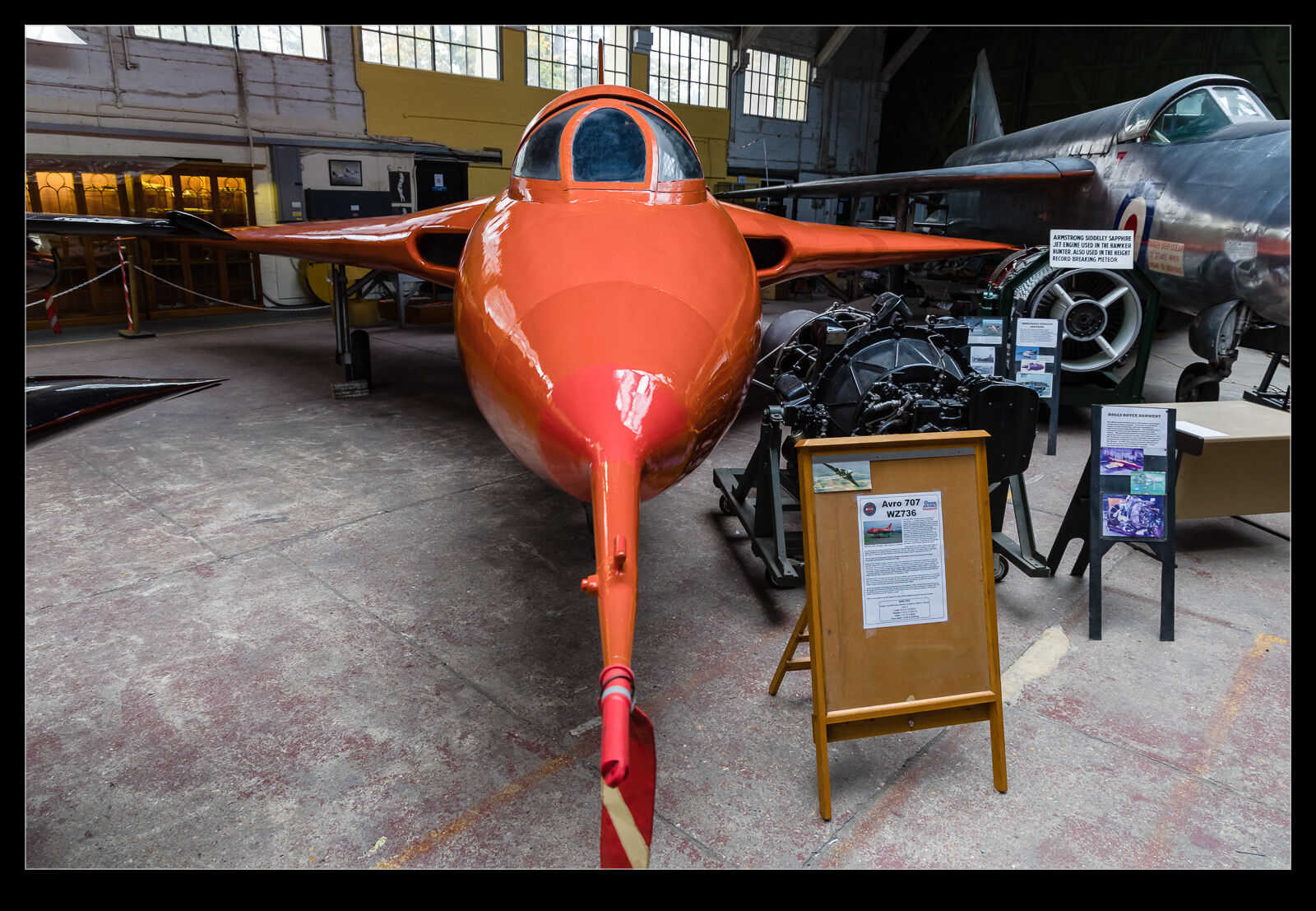