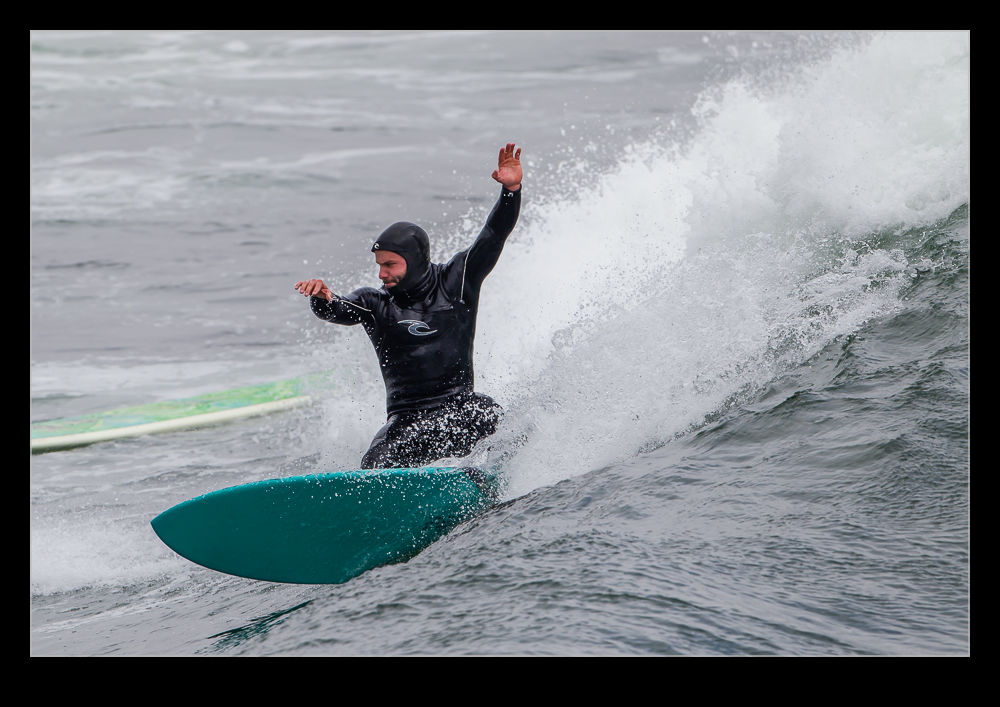 The bay in Santa Cruz was not only filled with wildlife.  It also had a fair number of surfers.  Since I was looking at a calm surface of water, I was not entirely sure what they were hoping for.  Then, all of a sudden and with no apparent warning, a wave blasted up the rock face below us sending spray above our level.  I was a touch surprised!  It seems that there are periodic waves that come in from offshore and funnel into the bay providing some surfable waves.  The guys were hanging around waiting for these. 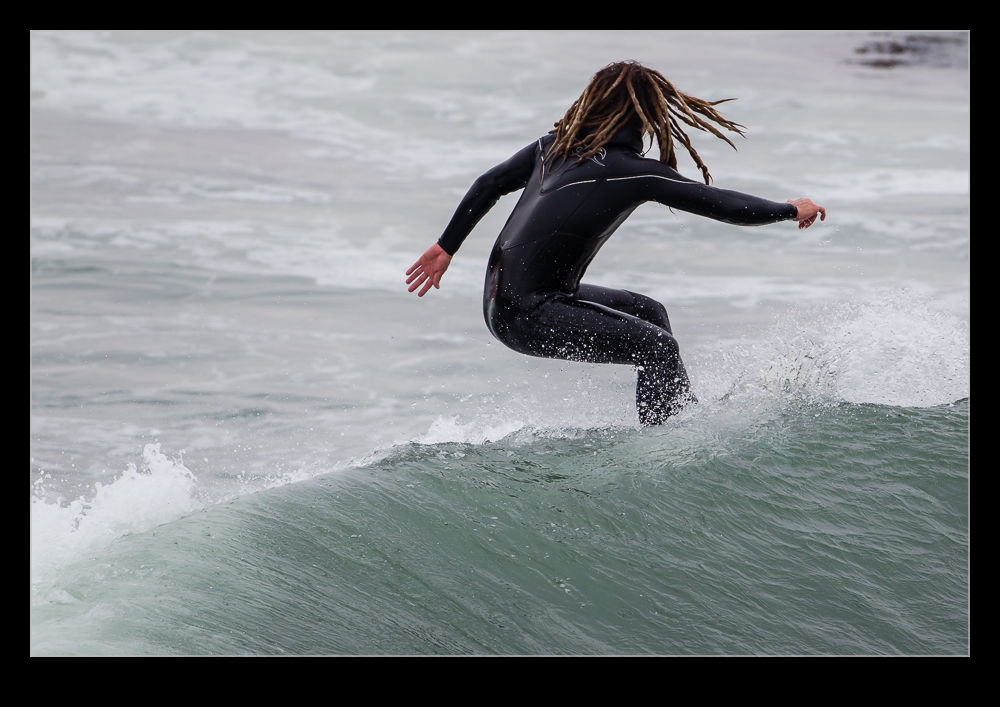 Since I was more focused on the wildlife, I wasn’t always paying attention to the surfers.  However, periodically I did see one of them getting ready to try and catch a wave and I switched my attention to them.  The angle often meant that they were getting obscured by the wave they were riding.  Some of them weren’t being too successful at catching a wave at all.  There were a few, though, who seemed to be a lot better at this and managed to get some decent rides in.  One even helped me out with a spectacular dismount!