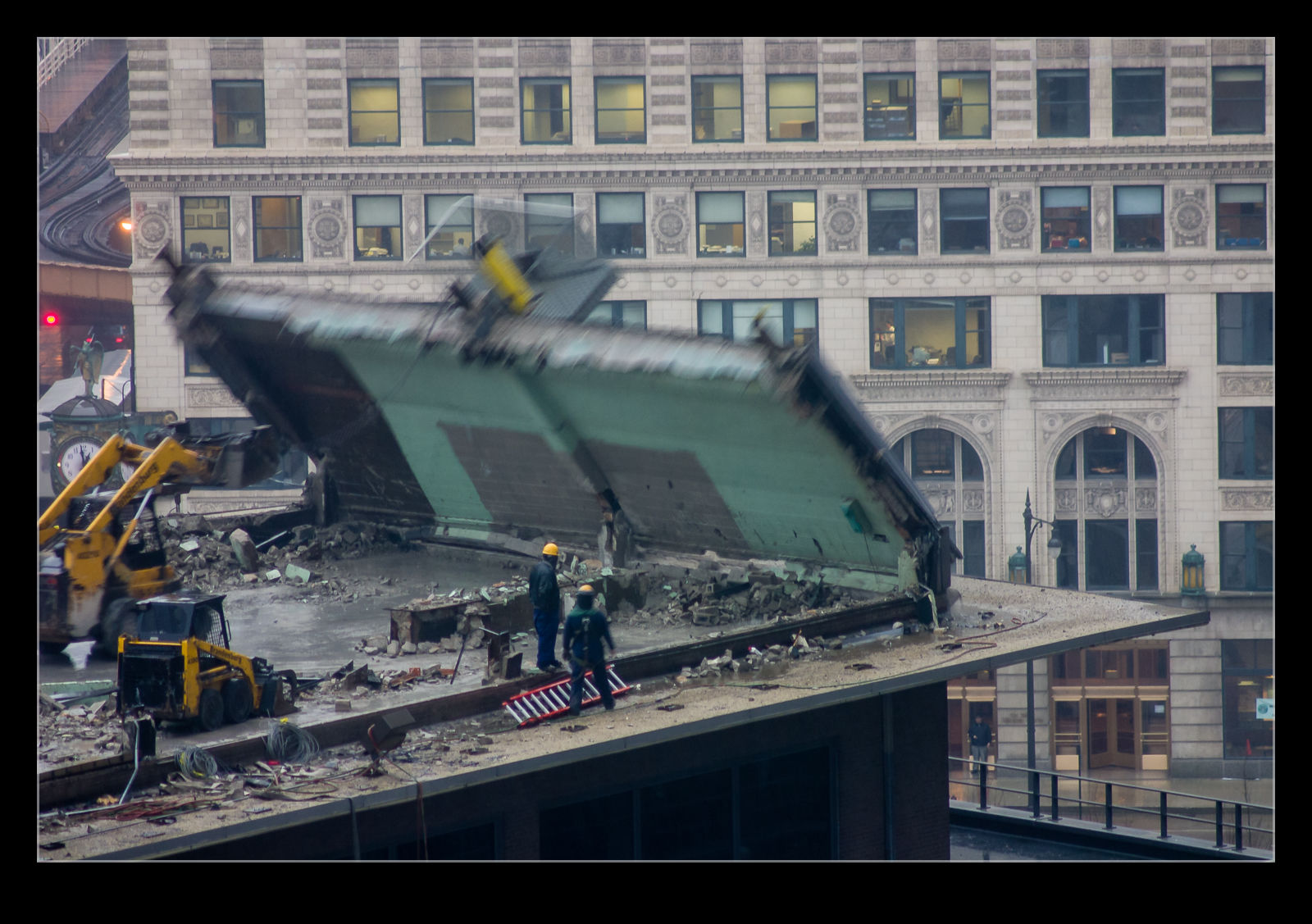 When we moved to Chicago, our apartment overlooked the Chicago Sun-Times building on Wabash Avenue alongside the Chicago River.  This plot was sold off for development with a large tower being built on its site.  The construction that followed will be another post but this one relates to the demolition process.  The view from our window provided a great view of the tearing down of the old building.  It didn’t hurt that much of it was done during the Chicago winter, but I could watch from the comfort of our living room. 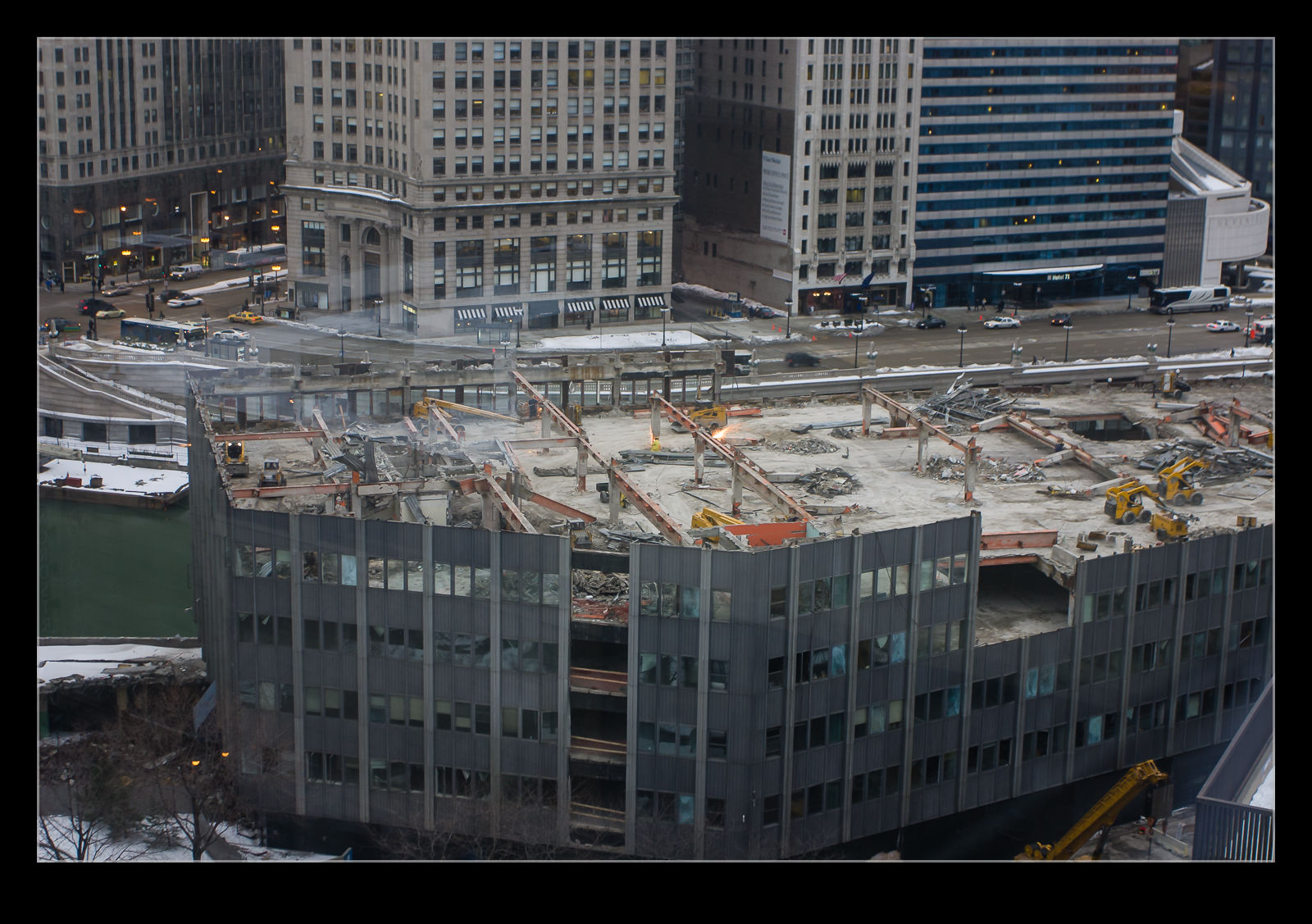 The building came down pretty quickly.  Crews were using jack hammers to drill out the concrete flooring of each level and the machines that these were mounted on could also pull over the wall sections once cutting torches had taken out key elements of them.  There was plenty of cutting going on with torches taken out structure and piping.  This didn’t always go smoothly with more than one occasion when the cutting set fire to something and the fire department came to deal with it.  A lot of water from the hoses would pour out of the spaces in the walls and, given the low temperatures, lots of icicles would result. 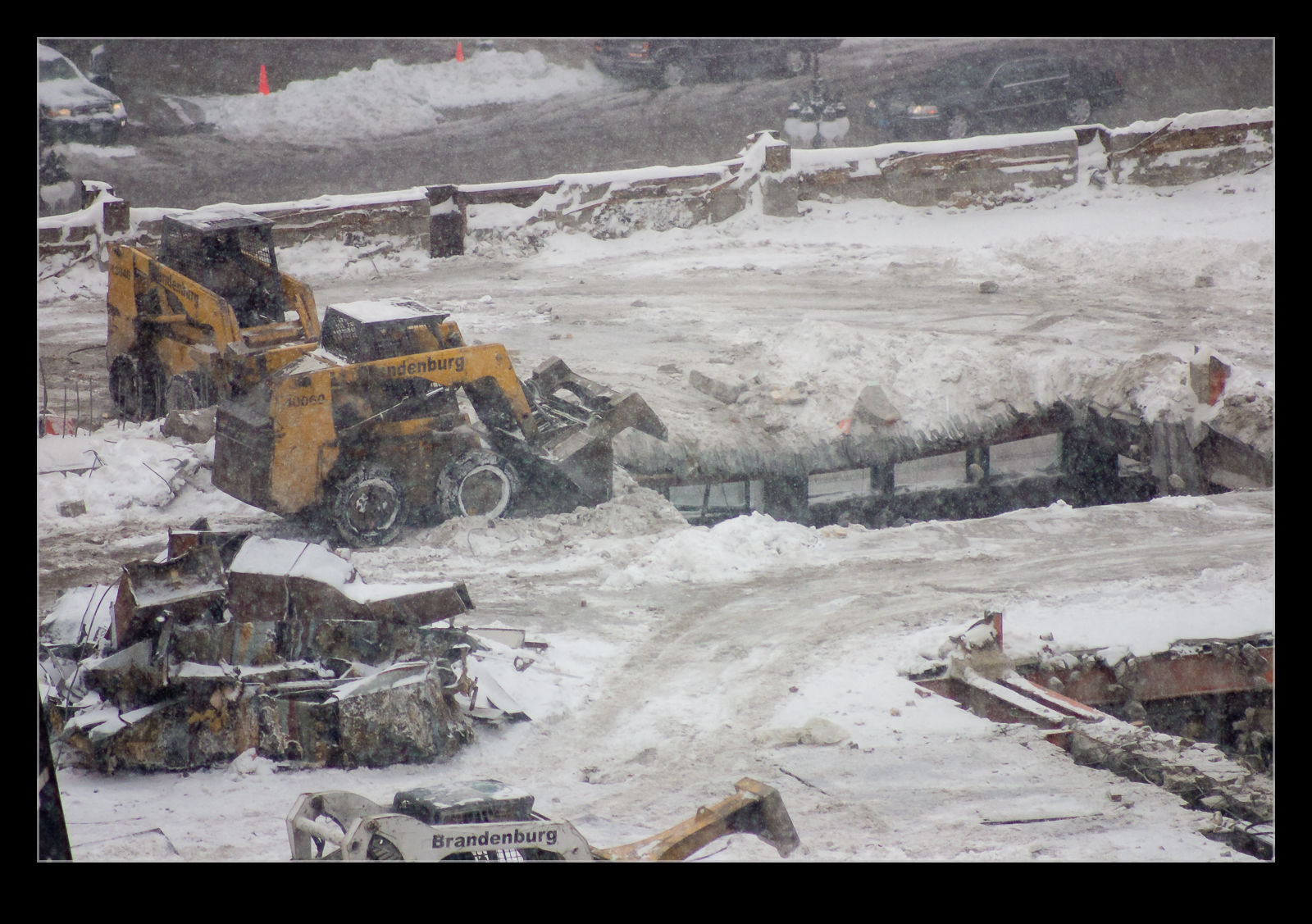 There weren’t too many floors in the building with the lowest levels being where the printing presses had once been.  The whole thing came down quickly.  It wasn’t an attractive structure so we weren’t so sad to see it go.  However, since it was low, it gave us a good view across the river.  The new building would be 92 floors tall and was going to take out a chunk of our view but such is the way of things when you live downtown in a city that is constantly evolving. 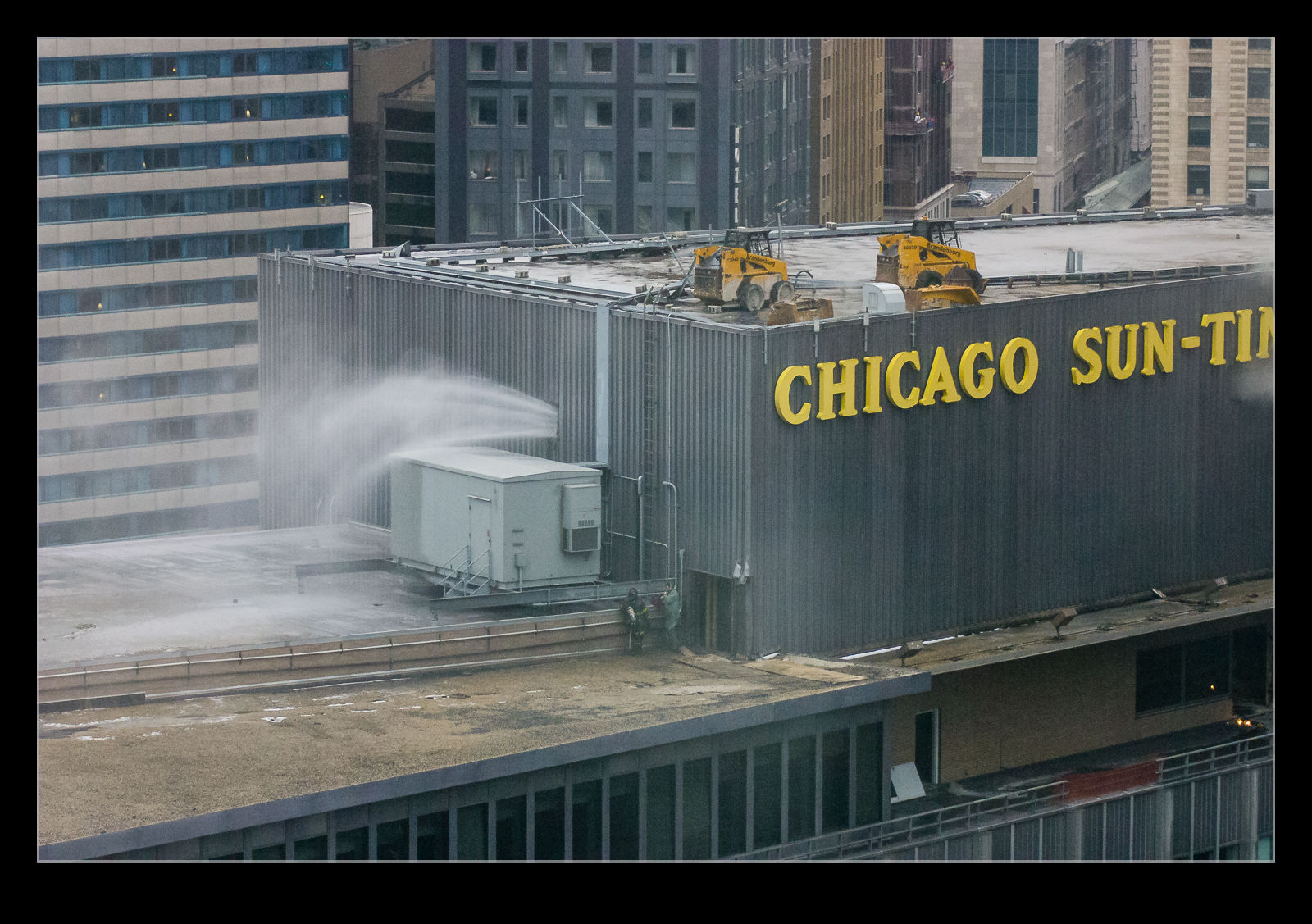 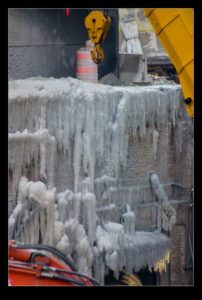 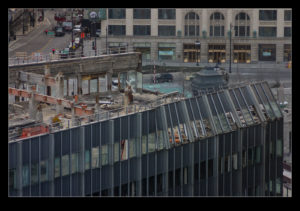 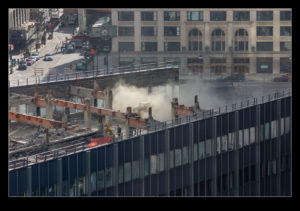 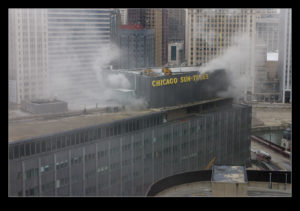