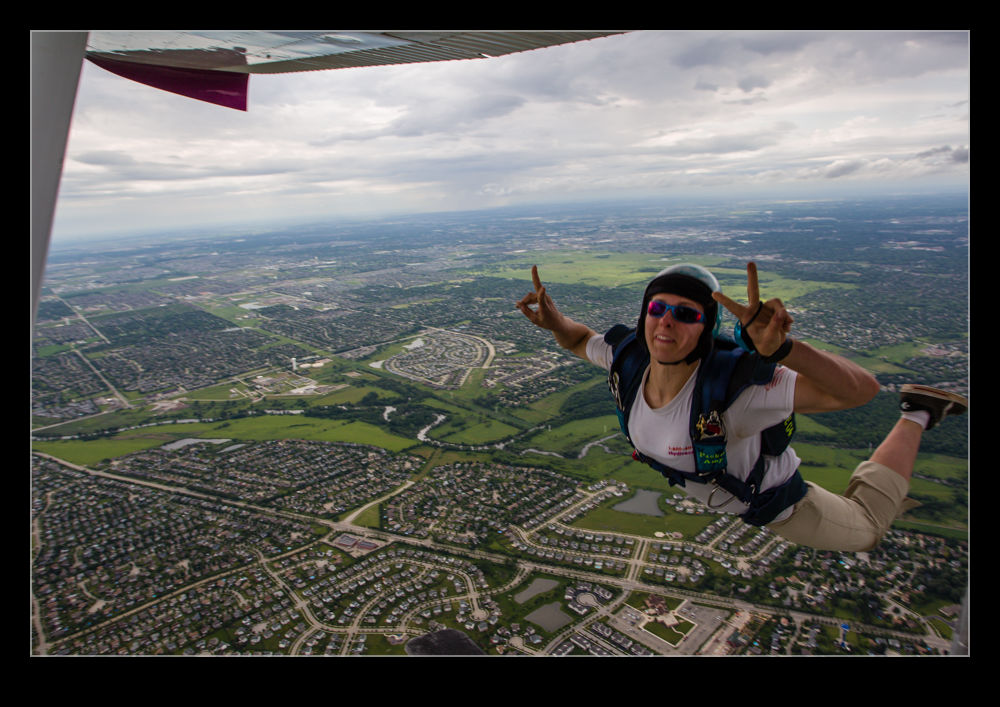 Another trip back in time today.  I seem to be coming across older shots when looking for something else and they trigger the idea that they would have been blog posts had I been writing a blog at that time.  Today, it is a bit of skydiving.  The Clow Cavalcade of Planes is a great event held by a local airfield southwest of Chicago.  I wrote a piece about this year’s Cavalcade previously and you can find that here if you want to check back. 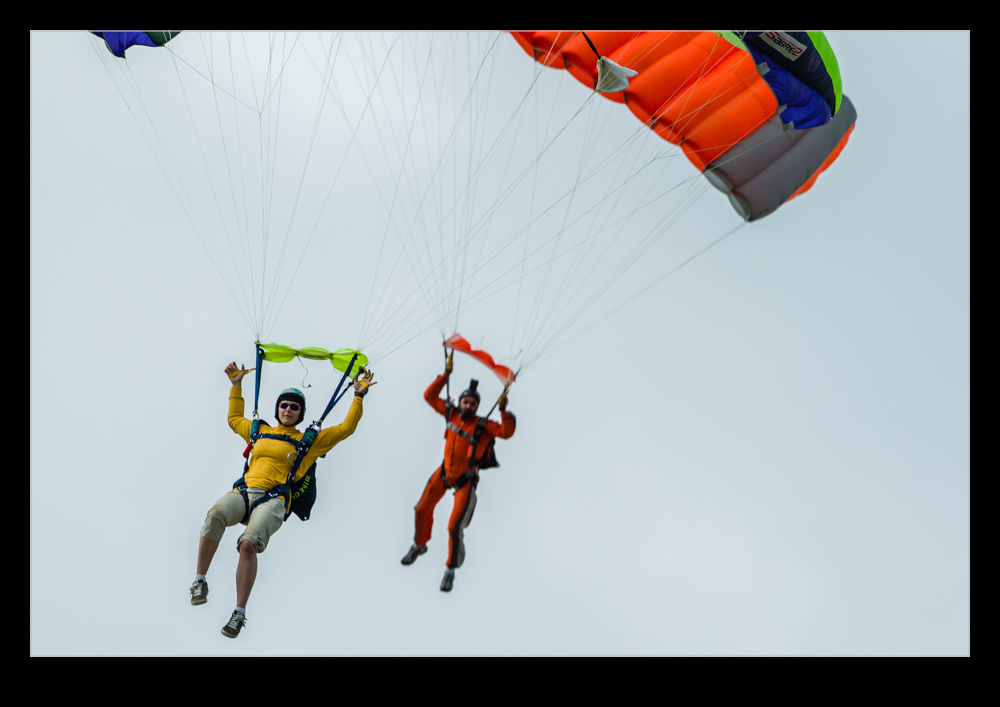 A couple of years ago, I was at the event and spent a bunch of time with the team that carry out skydiving demonstrations during the show.  Clow is under the airspace leading into Midway and O’Hare so there is a limit of about 3,500’ on how high they can jump from but that is enough to get quickly under the canopy.  When the weather cooperates (which it didn’t this year), they jump multiple times during the day.  I got shots of them prepping their parachutes, under canopy and coming in to land.  I also got to go up on a couple of the jumps.  The first was a bit of an unusual one.  They were jumping from Midwest Helicopters’ S-58T.  I was in their normal jump ship, the Cessna 182.  The helicopter had a far higher rate of climb than us so, while we were airborne ahead of them, it climbed up passed us and we had to catch up.  Then we orbited them as they jumped.  Quite an unusual thing to see. 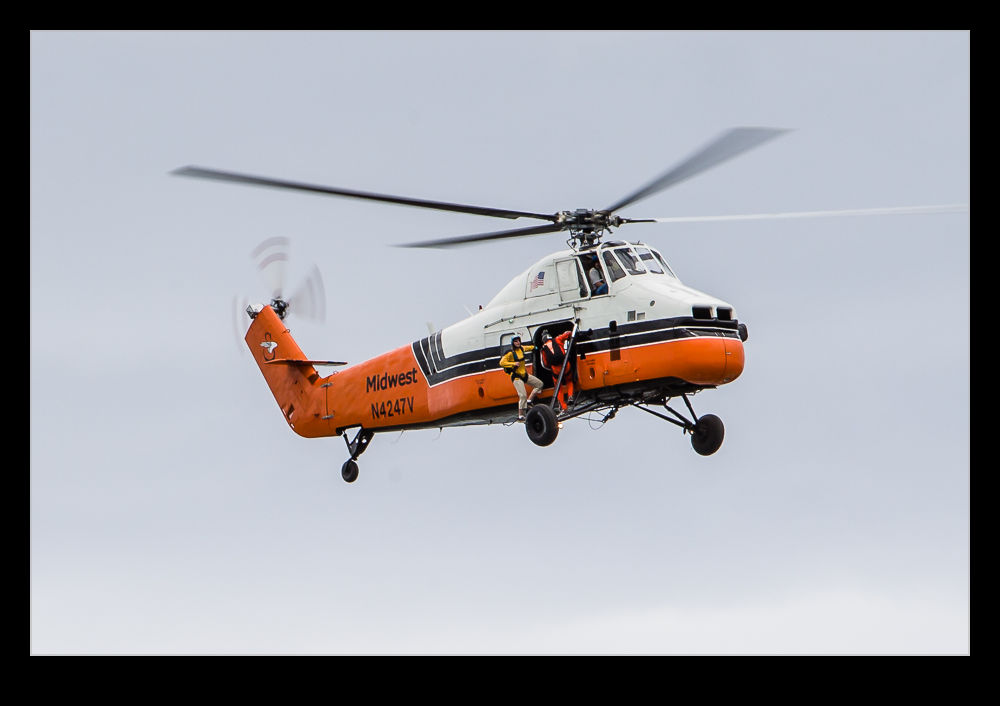 I also rode up in the 182 when they were jumping from it.  There was only one seat in the plan and that was occupied by the pilot.  I sat on the floor with my back to the instrument panel with the straps across my legs and they sat in the back.  Plenty of time for group shots as we climbed and then time to open the door.  It was hinged at the top and the airflow held it open.  When you are sitting on the floor and that door opens right next to you for the first time, it is an interesting experience seeing nothing between you and the ground.  Funny how quickly you adapt though. 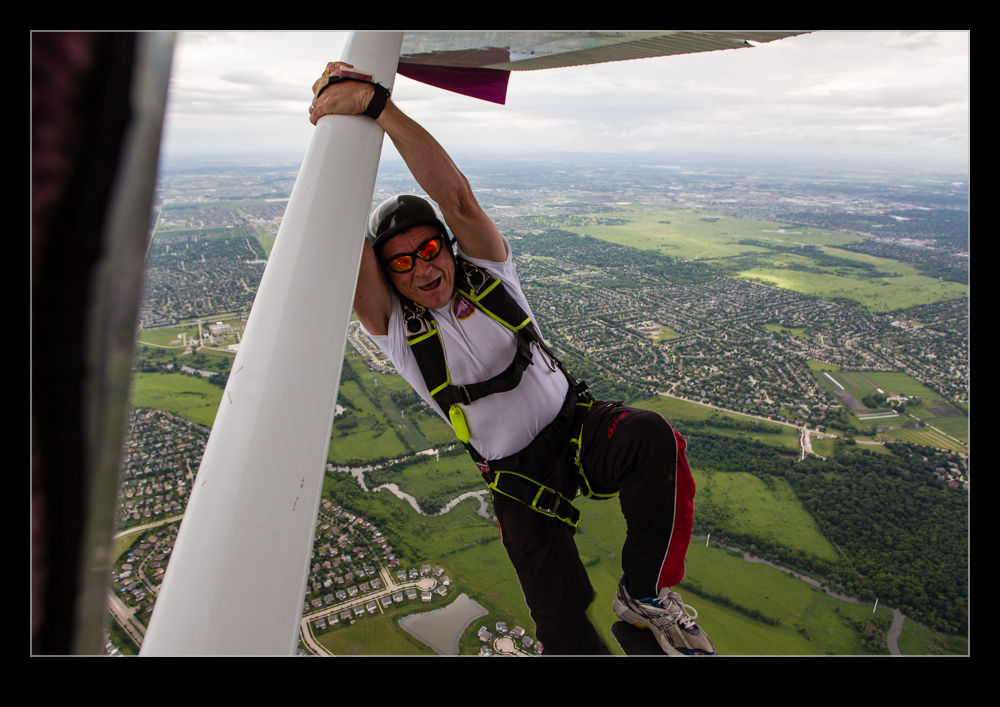 Then they took it in turns to jump.  There was a step on the gear leg they could rest on and the wing strut was also something to hang from.  A lot of good poses before letting go.  Then we side-slipped to let the door close, latched it shut and descended as fast as we could.  It was a fun shoot and something I would like to do again sometime.  We shall see if the opportunity presents itself again.