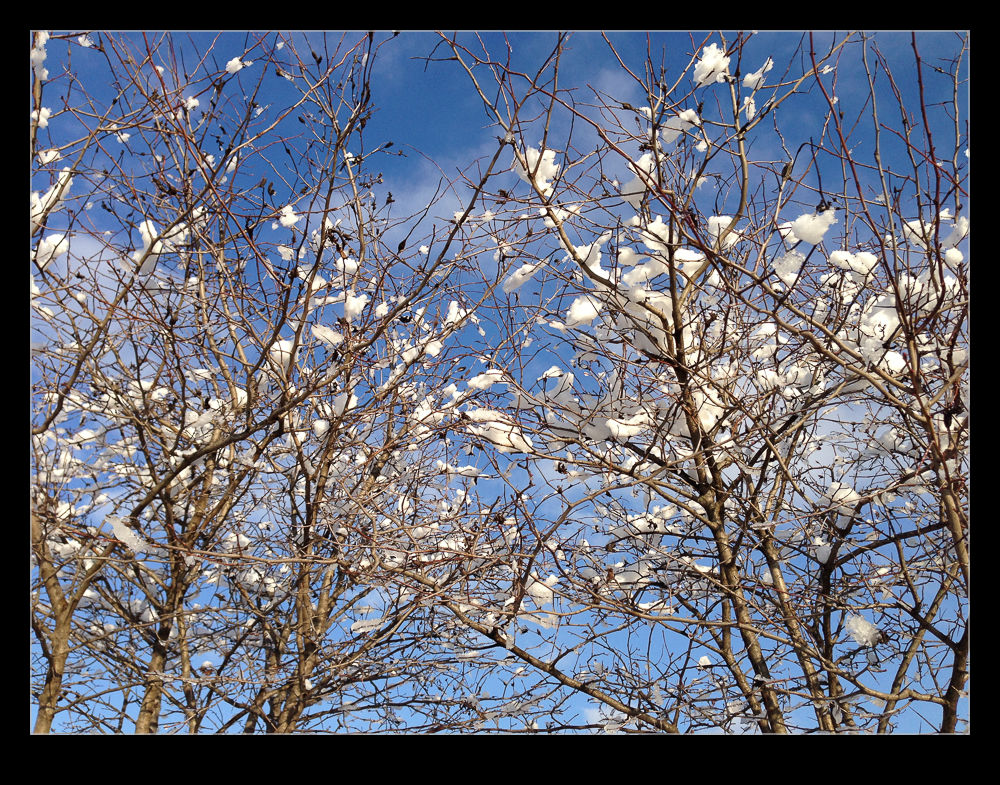 Unlike last winter, this one has been a bit colder in the Chicago area. It hasn’t been consistently cold but there have been some cold times and we have had a bit of snow. We don’t tend to get too much snow in the city itself. It does happen but usually the areas around the city get hit a lot more than we do. It is easy to forget this but, when we head out to other places, we get a reminder. 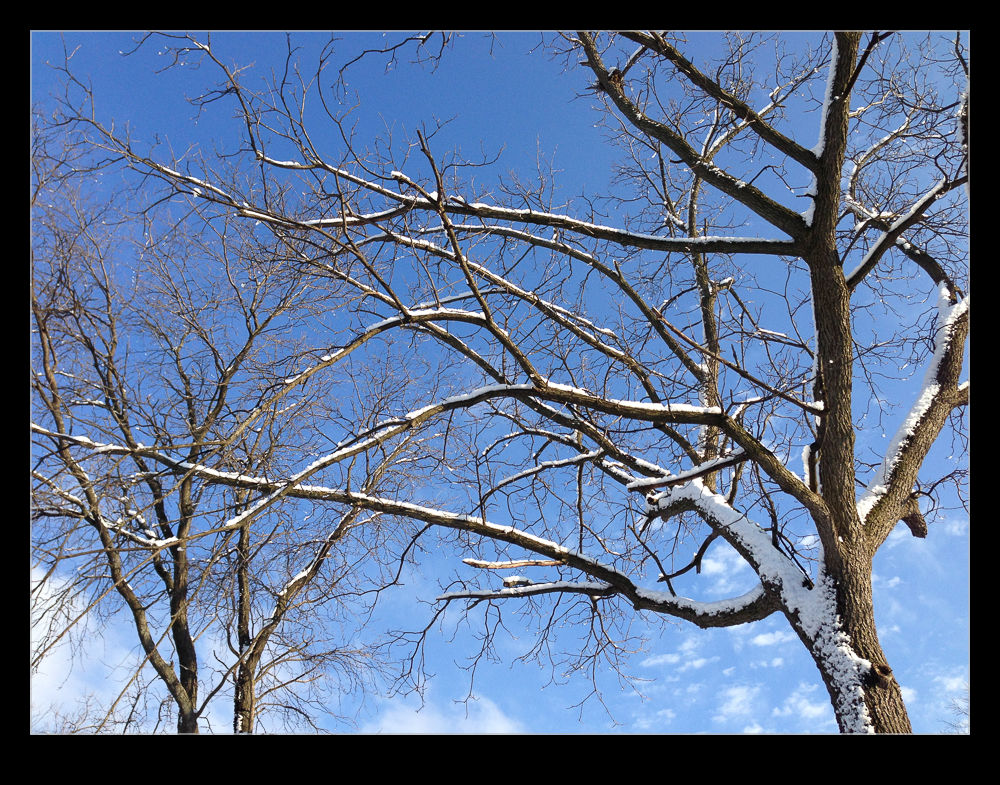 A recent trip out to Barrington was one of those times. As we drove along the roads through the country, there was plenty of snow about. Lots of it was attached to the trees and it had clumped together in quite an interesting way. It looked like large cotton balls attached to the branches. Sadly, when you are driving along a road with nowhere to pull off, you can’t easily get a picture. 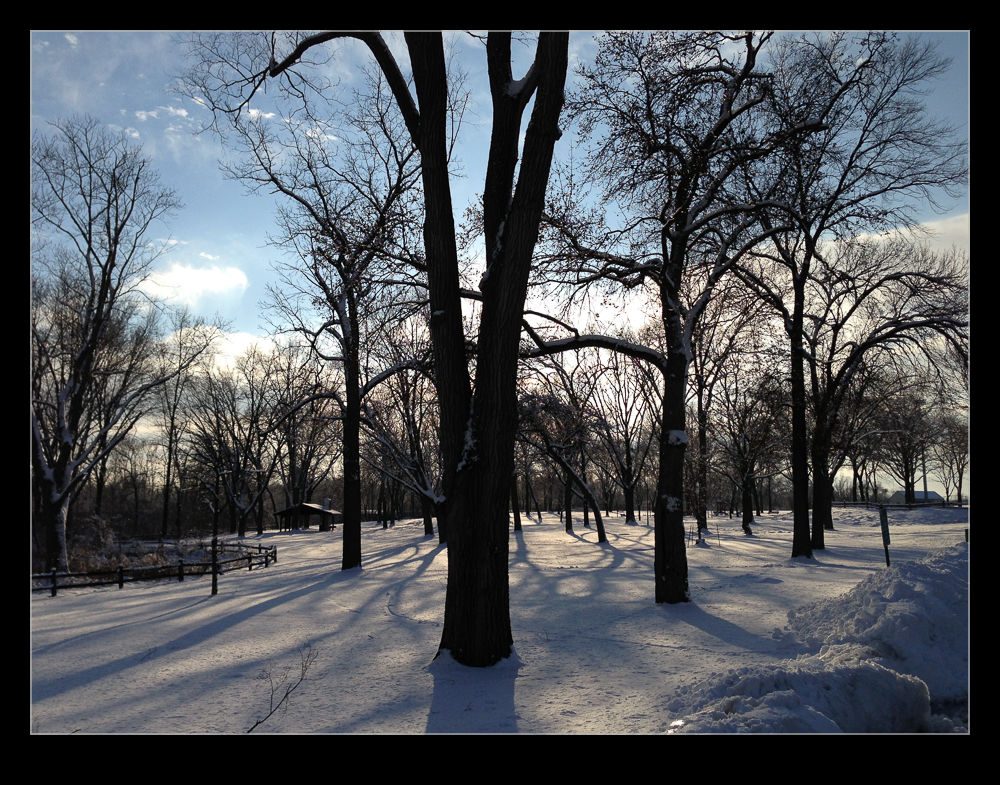 Once we got to Barrington, though, I saw some trees near the parking lot that looked similar. Nancy headed inside (it was cold so she was no fool) while I wandered across the lot. Just a phone to take the pictures with but you use what you have. The location wasn’t quite as pretty as the roads we had come along but you get an idea of what it was like. The sun was out and the temperature was rising so some of the snow was already melting off the branches so I think I was quite lucky to get what I did.