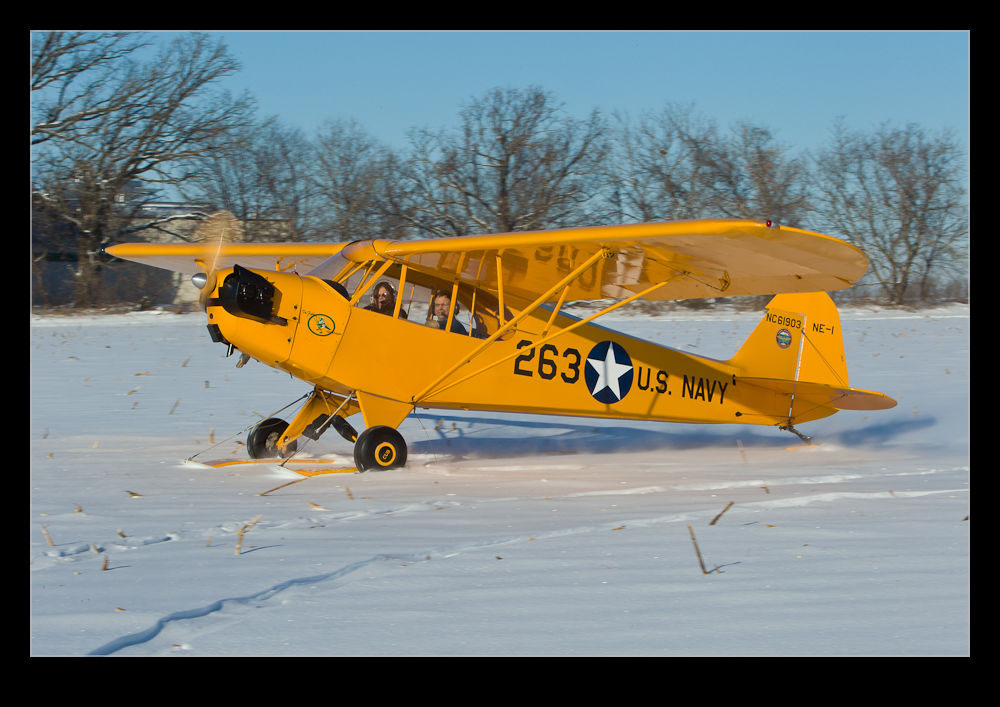 As I wrote before, I was hoping to make a trip to the ski plane fly-in at Oshkosh this year.  The weather had not looked good long in advance but then some snow fell and it looked promising.  Oshkosh still had patches of the runway without snow so it wasn’t clear until the day before.  Then a storm came through on the Friday.  In Chicago we got quite a good fall.  In Oshkosh, it was only 2-3″ but that was enough to cover the gaps.  The next question was with the storm clearing out, was the weather good enough to fly? 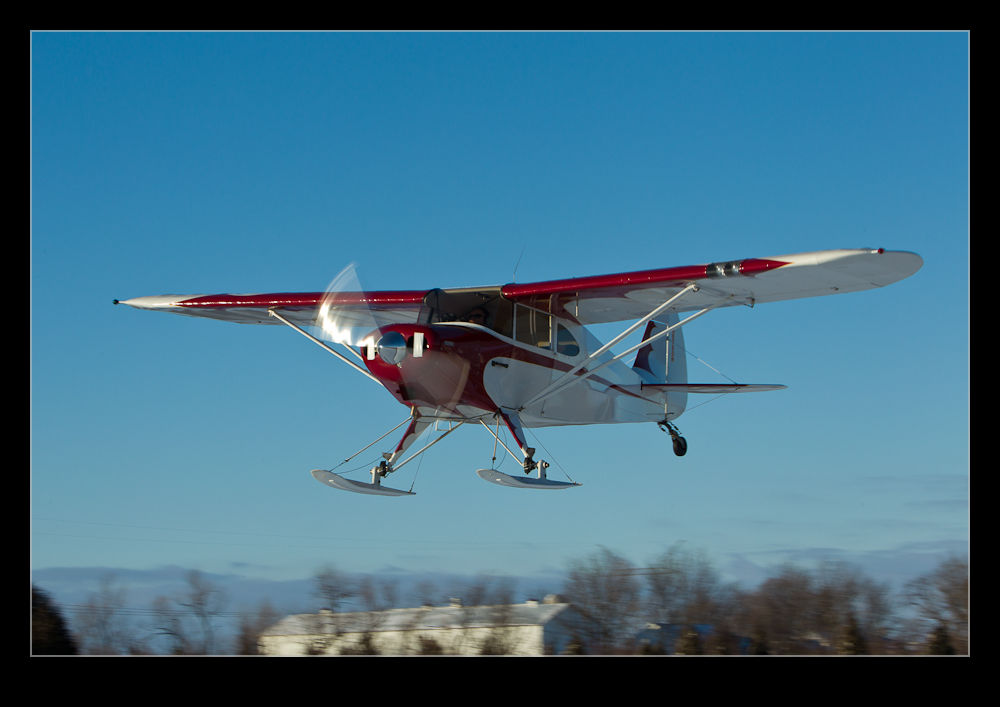 The answer was yes.  I was riding up with some of the people from Poplar Grove.  I drove out to Union IL to meet up with some of the guys.  As I left Chicago, the weather was not great with some snow still falling.  I was not optimistic.  However, as I reached Union, I came out into clear skies (and falling temperatures) and suddenly things looked a lot better. 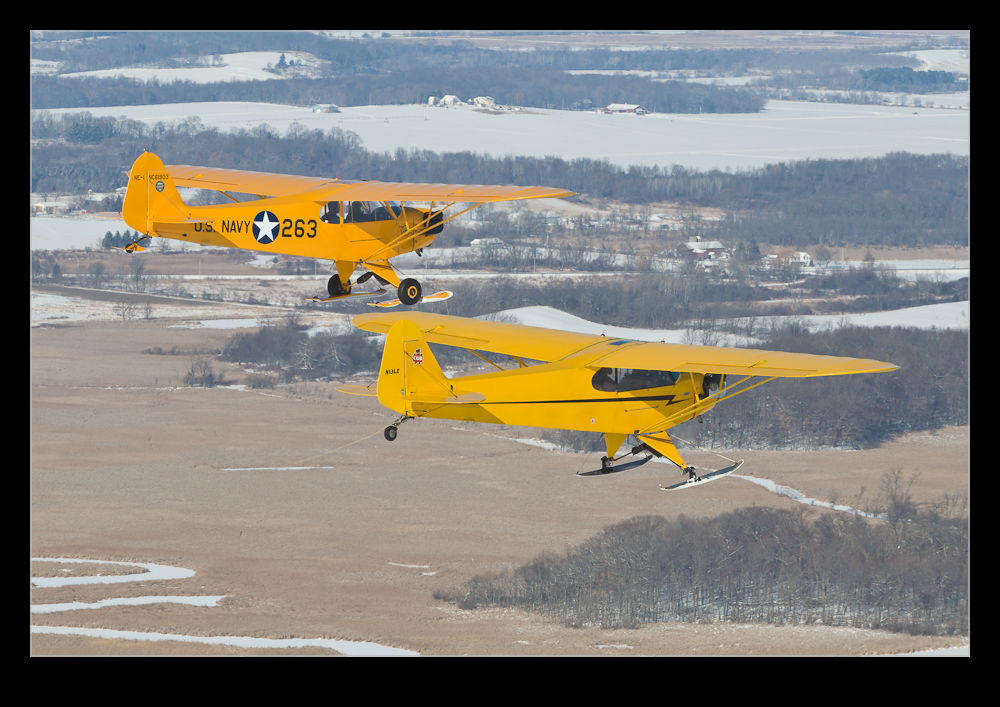 I met Lee, Buck and Jim at Union as they were getting the aircraft ready to go.  I was riding up with Drew who was coming across from Poplar Grove to pick me up.  It was 8F as we got our stuff together.  The Champ and the Cub were prepped and started up just as Drew arrived.  They headed out as I loaded up and we followed on.  Drew has a Piper Clipper so we had a speed advantage to catch up. 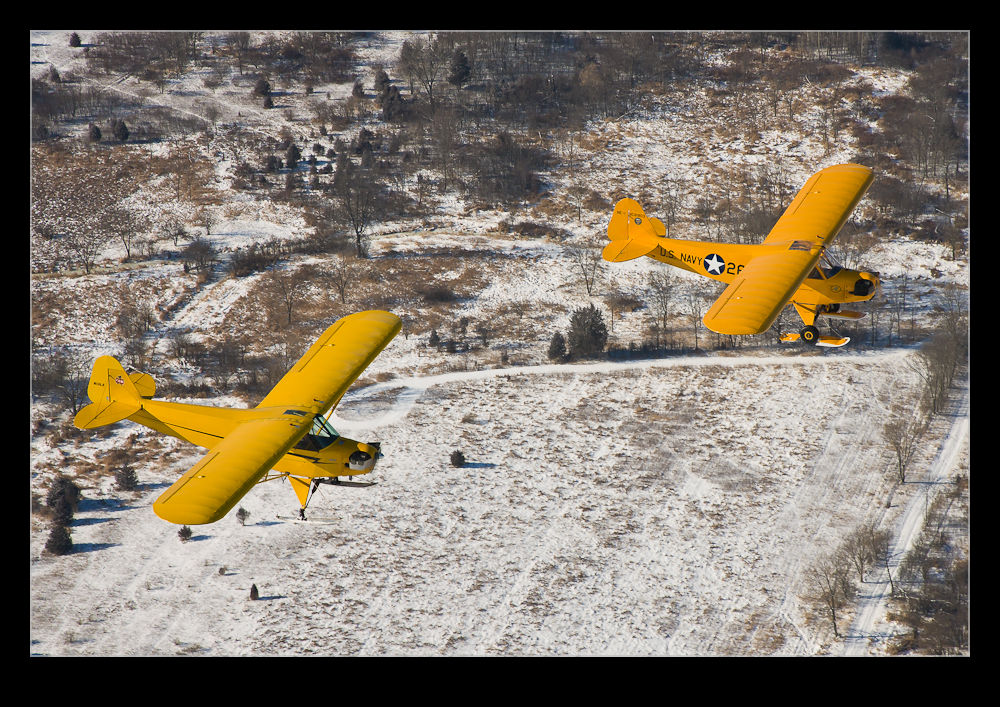 The first leg was to Palmyra in Wisconsin.  Here the whole group had agreed to meet up for breakfast.  The good folks at Palmyra had held off from plowing half the runway and one of the taxiways so we had no problem operating on skis.  We all met up and trekked across to the restaurant who did a great job of feeding a raucous bunch!  It was a very friendly group just confirming me previous good experience at Poplar Grove. 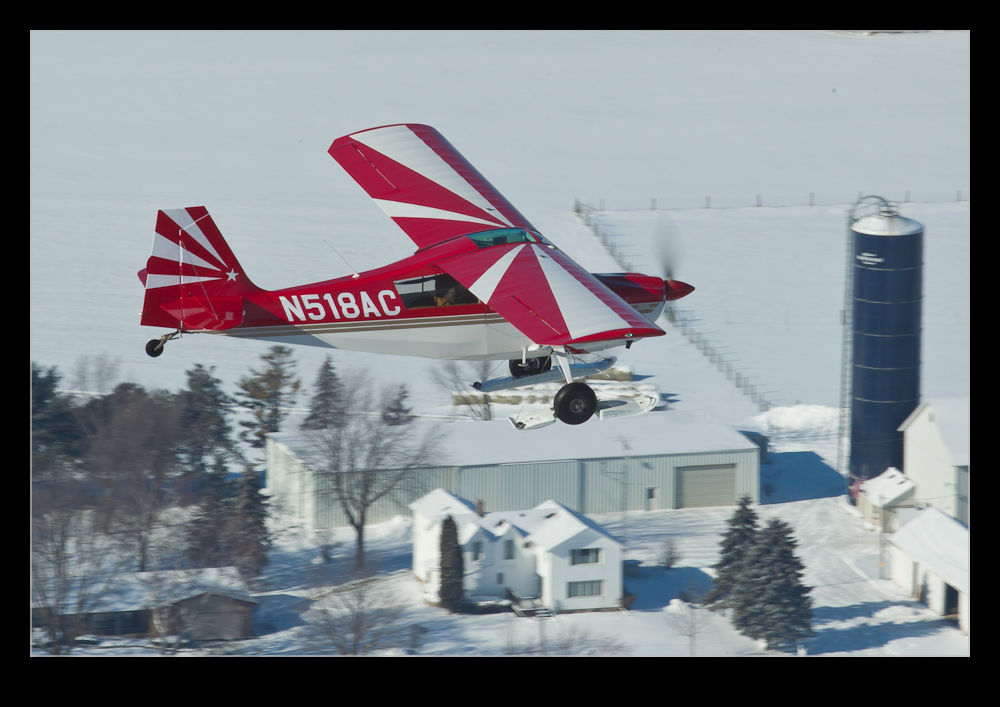 From Palmyra we all headed north to Oshkosh.  We departed near the back again and caught up with some of the group.  We managed to get some nice formations going en route and I could grab a few shots.  Shooting through the windows was a little tricky but the results were not too bad.  It was far too cold to consider sliding the windows open!  At Palmyra we had reviewed the arrival procedures for Oshkosh.  Since Pioneer field is not part of the main airport, we have to arrive low on a special route. 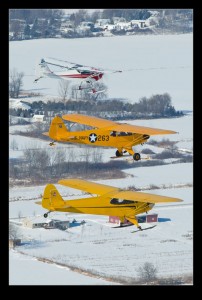 This sounds straightforward when reviewing the brief.  However, the arrival height is about 500′ above ground level.  At that height, it is not so easy to make out exactly where everything is.  However, with two pairs of eyes checking it all out, we managed to pick out all of the appropriate waypoints and find the field.  Even doing it right is quite interesting since you have to head straight at the cab of the main tower and then turn final.  You feel like you are doing something wrong even though you aren’t.  Drew made light work of it all. 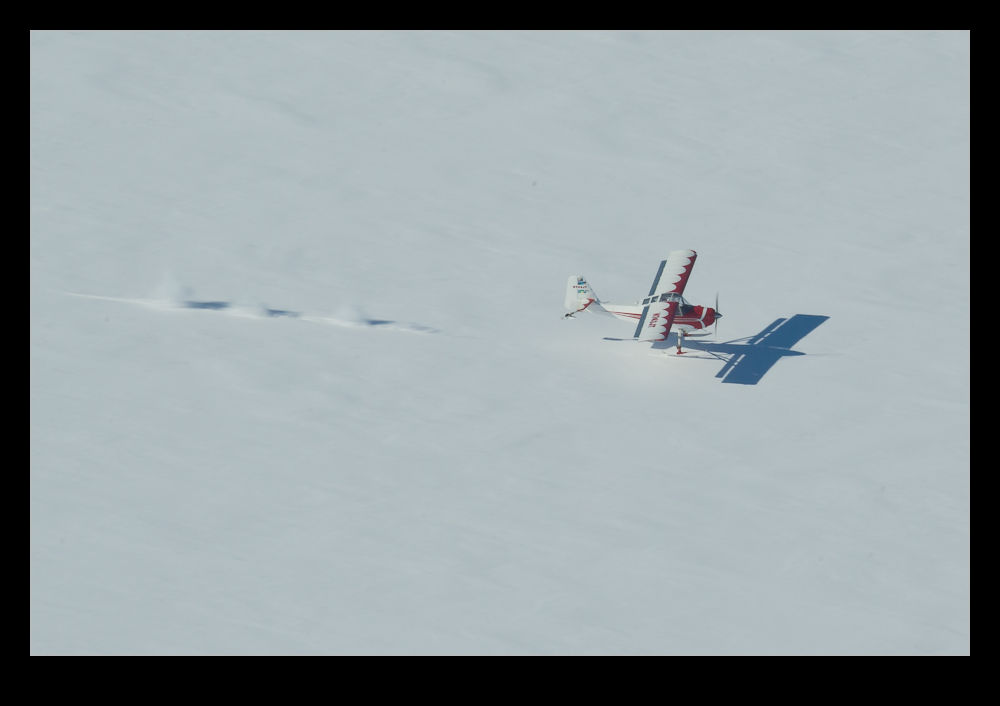 Once on the field there was time to take a look at all of the other aircraft that had made it – and see the arrivals of those we had left behind.  Chatting with the other crews was a lot of fun and also talking to some of the other visitors made it all the more interesting.  There was a briefing about the departure as well.  Since the wind was calm, departures were in the opposite direction.  This made for great viewing from our location in the parking area with planes taxiing right past us and then turning to depart back past again! 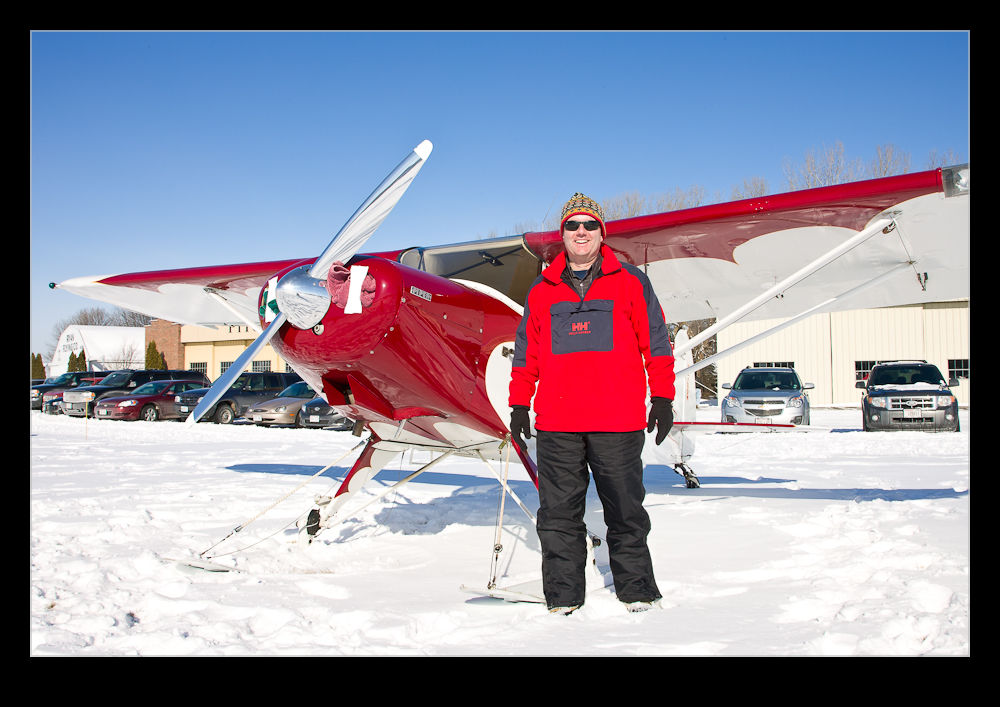 We watched a fair few go.  Our group was nearly last to head out and, again, we waited to be towards the back of the group.  We got airborne and caught up with one of the Cubs which we found had a ski out of alignment.  There are safety wires that limit the travel but a bungee holds the ski in optimal position.  This had dislodged.  They decided it was easiest to land and fix it so found an open field and dropped it in.  They were back up in no time.  A few more pictures of the group and then we left them to it. 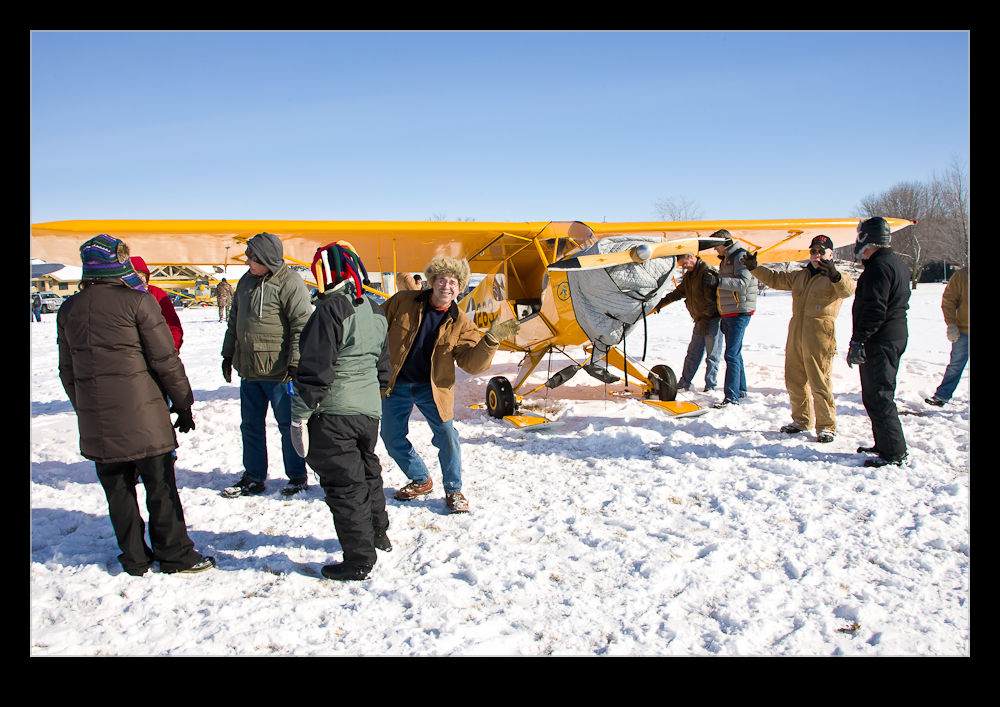 They were planning making a few touch and goes at various spots but we were on our way home.  Only in the last section of the trip did a low cloud base come in.  This wasn’t a problem from our perspective other than that the lack of sun meant the cabin suddenly felt a bit colder!  It obviously wasn’t a deterrent to some hot air balloonists we passed on the way back.  They must have been chilly when the burner wasn’t going! 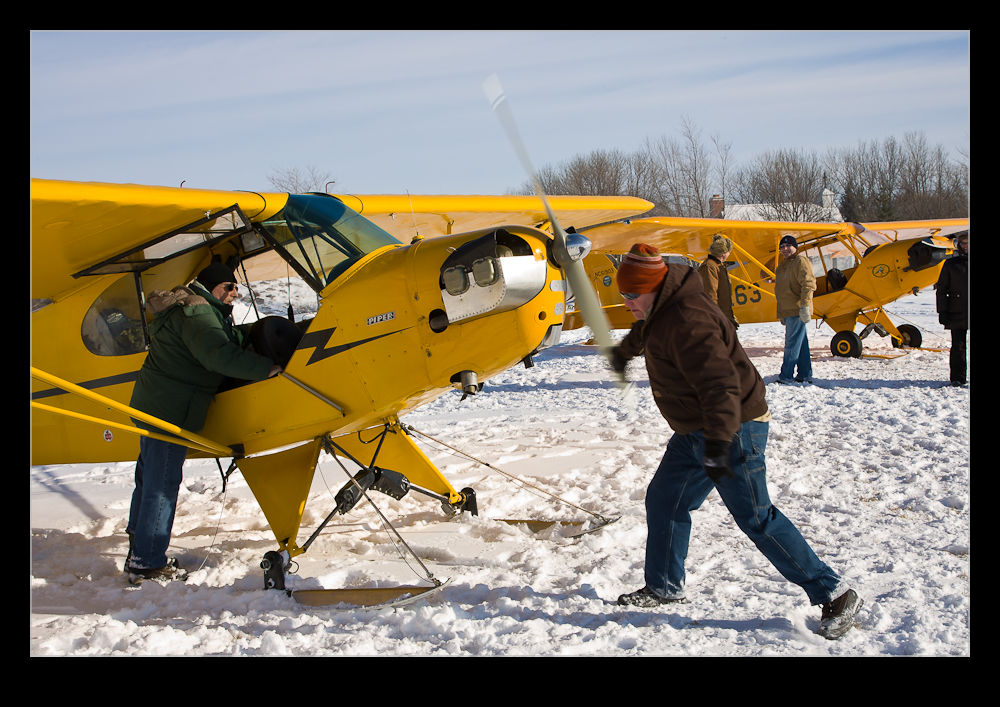 Drew dropped me back at Union and then headed home to Poplar Grove.  It was a great trip and I had a whole lot of fun.  I hope Drew’s passengers on his 767s have as much fun as I did.  Thanks to everyone involved.  It was great and I hope to spend a bunch more time with everyone in the future. 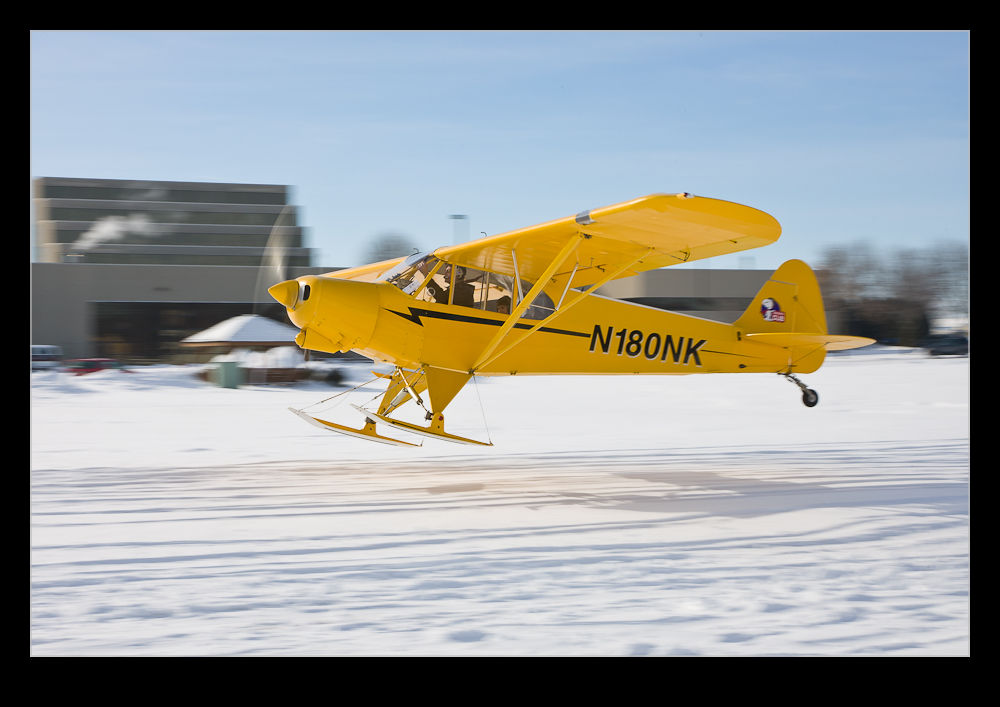 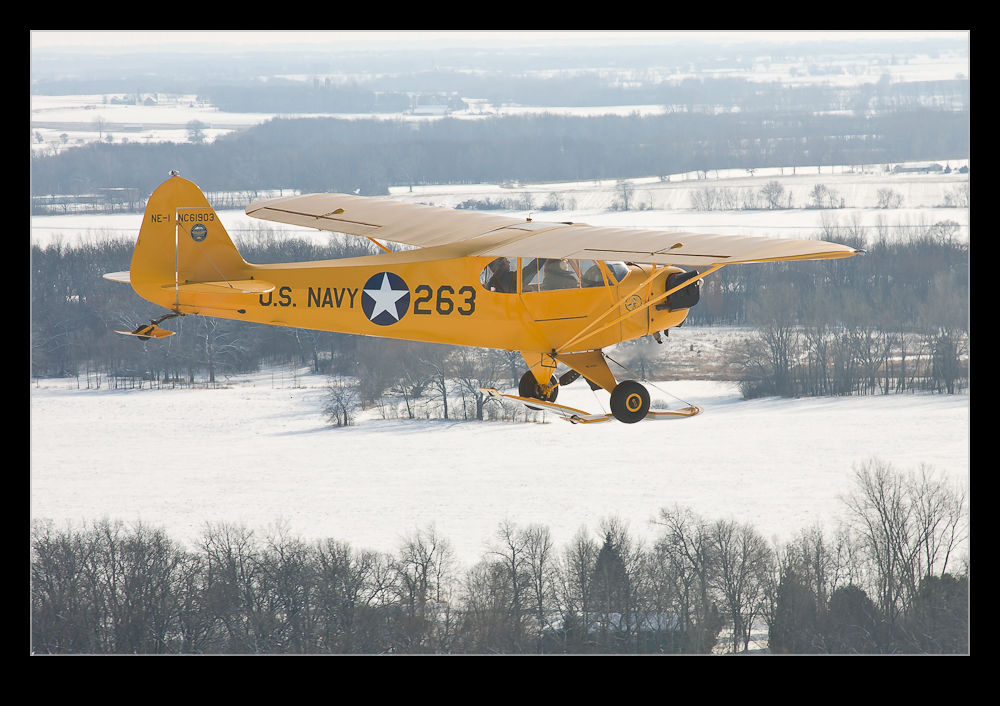 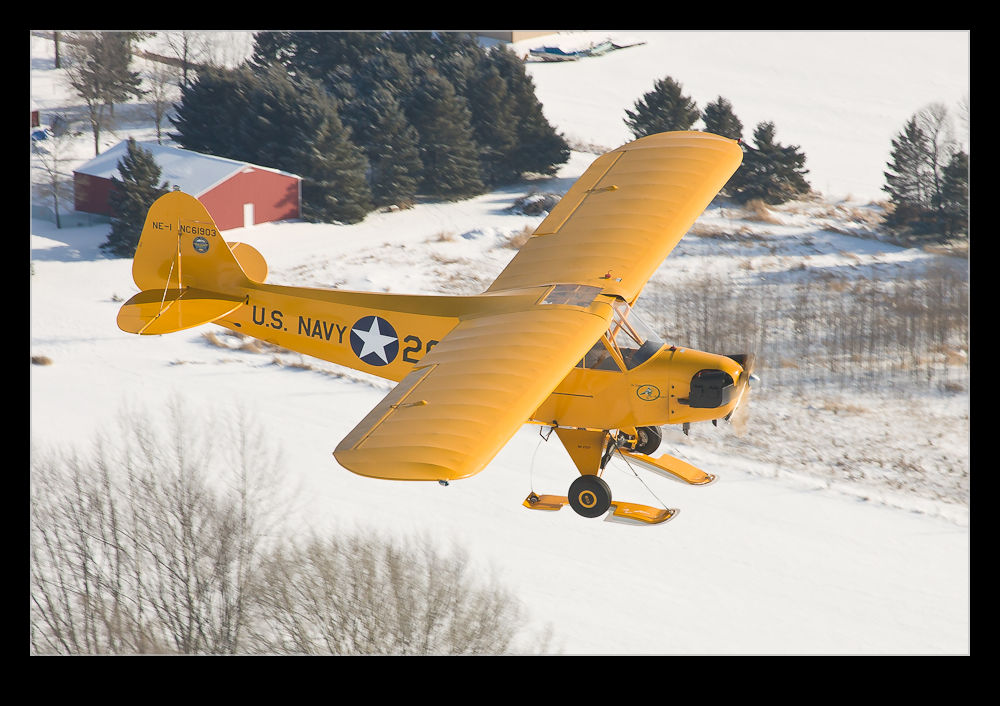 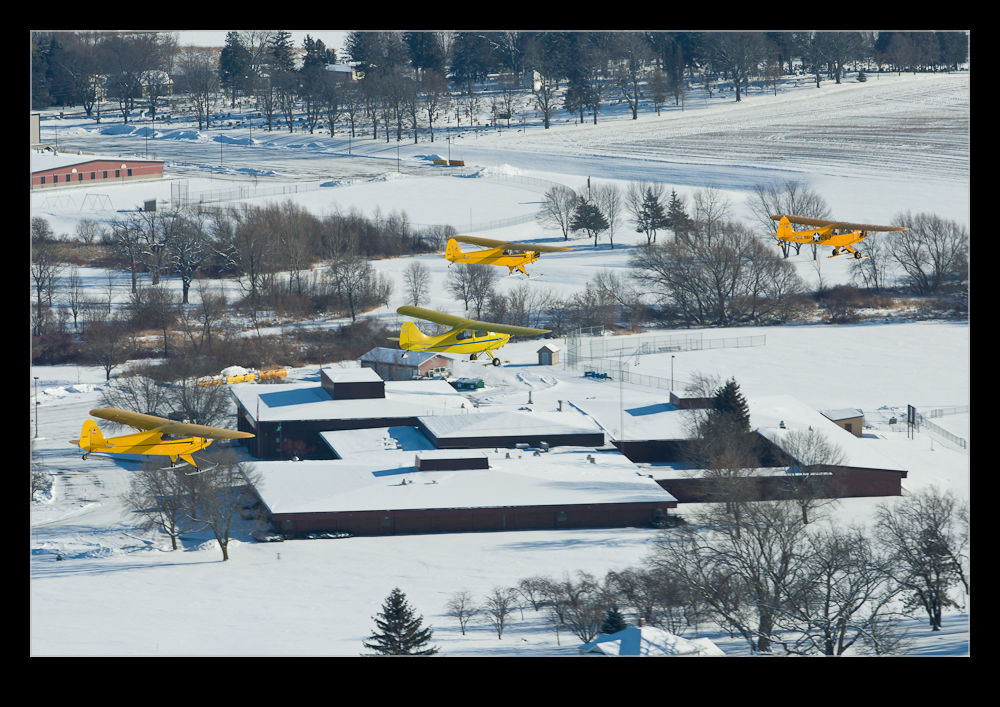