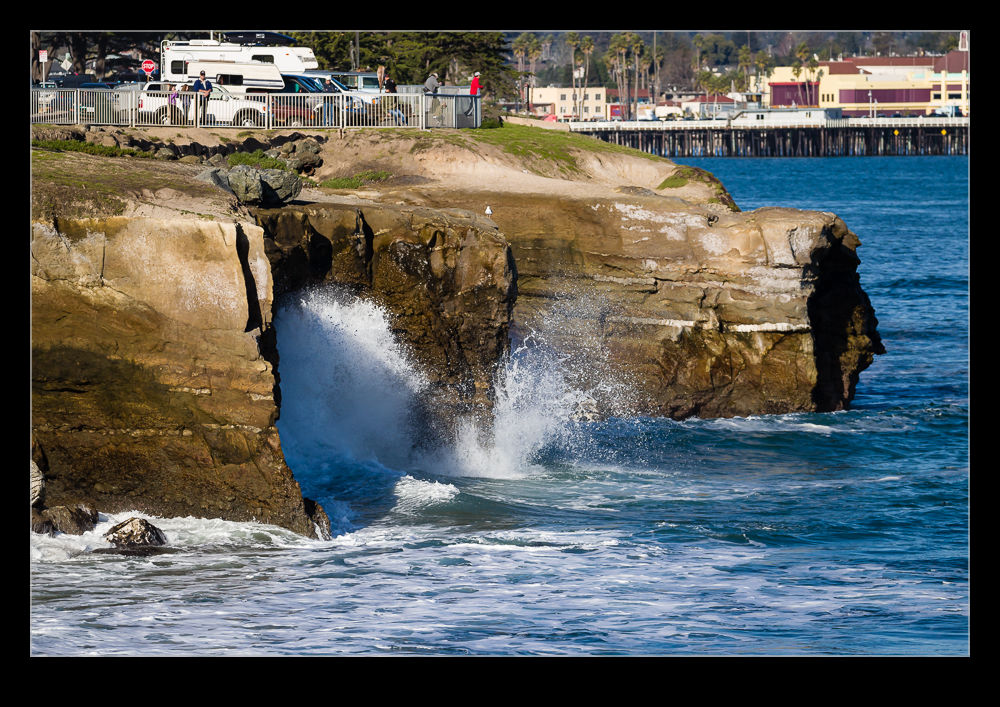 The winter in our part of California is not exactly harsh compared to many parts of the country. However, we do get a lot of cloud and rain at this time of year. Having a lovely clear day is a good time to just get out and go to somewhere pretty. Santa Cruz certainly fits the bill. The coast there is both picturesque and full of interesting things going on. A variety of stuff was happening while we were there and some of those things will get a post of their own so keep an eye out for them. 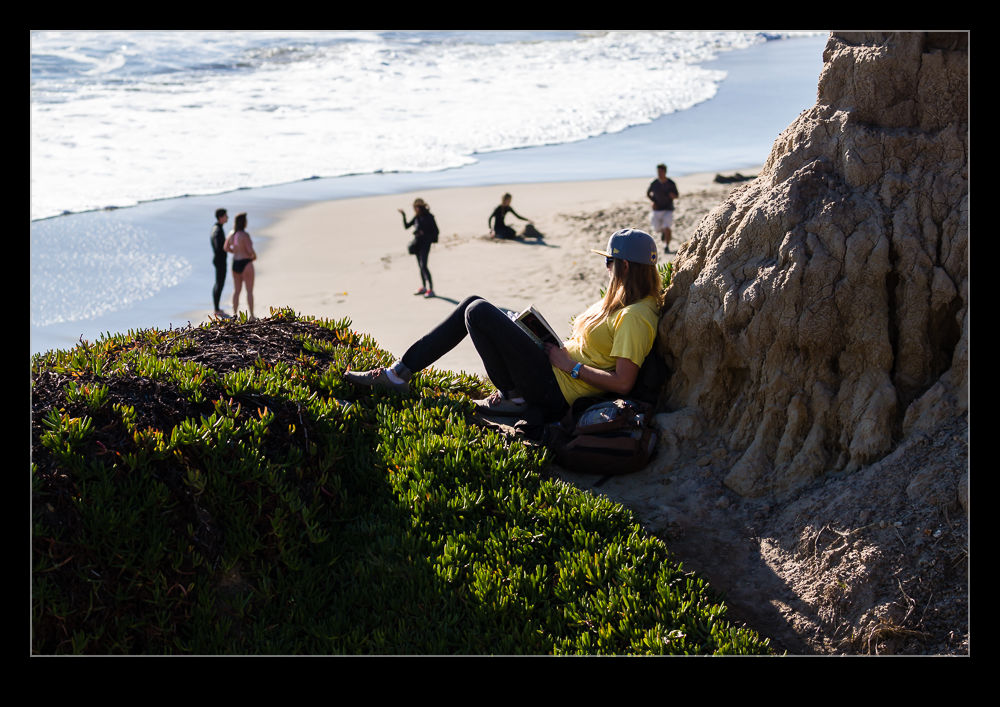 The rocky shoreline is very cool. It has a beach below it which makes it look even better. Add in to that people surfing, walking their dogs or just being a little different, you have a fun place to be. Not often you see a bunch of guys on unicycles come by on their afternoon ride! I wasn’t the only one out with a camera either. I was actually testing a lens while we were out and I met another guy with the same lens so we were obviously doing similar things. Meanwhile, someone had a Phantom getting some aerials over the shore so cameras were busy that day. 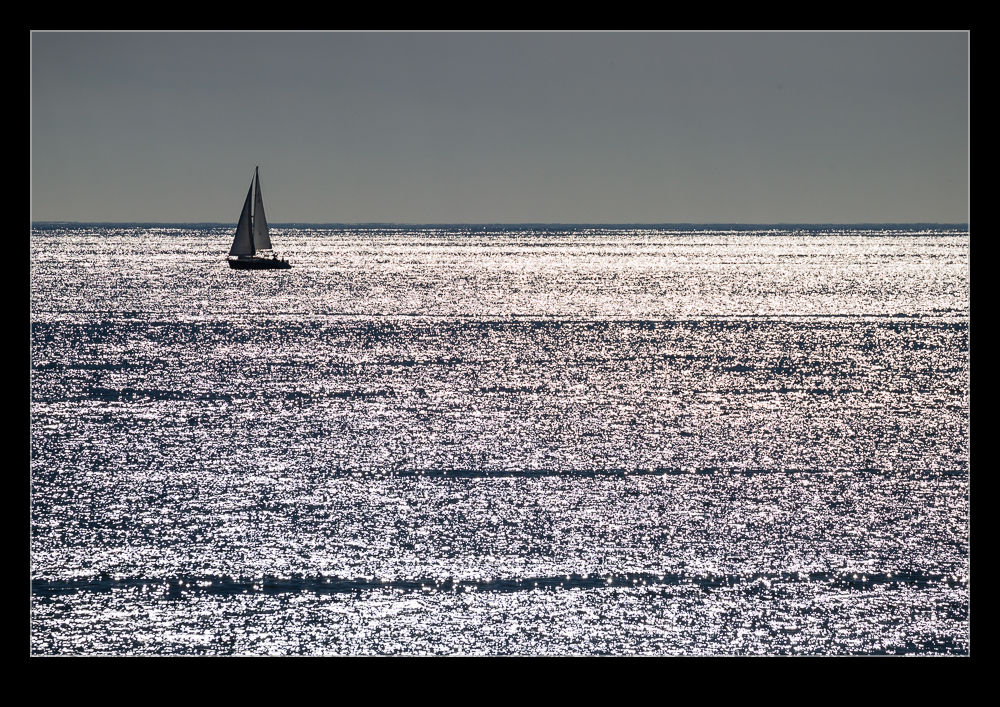