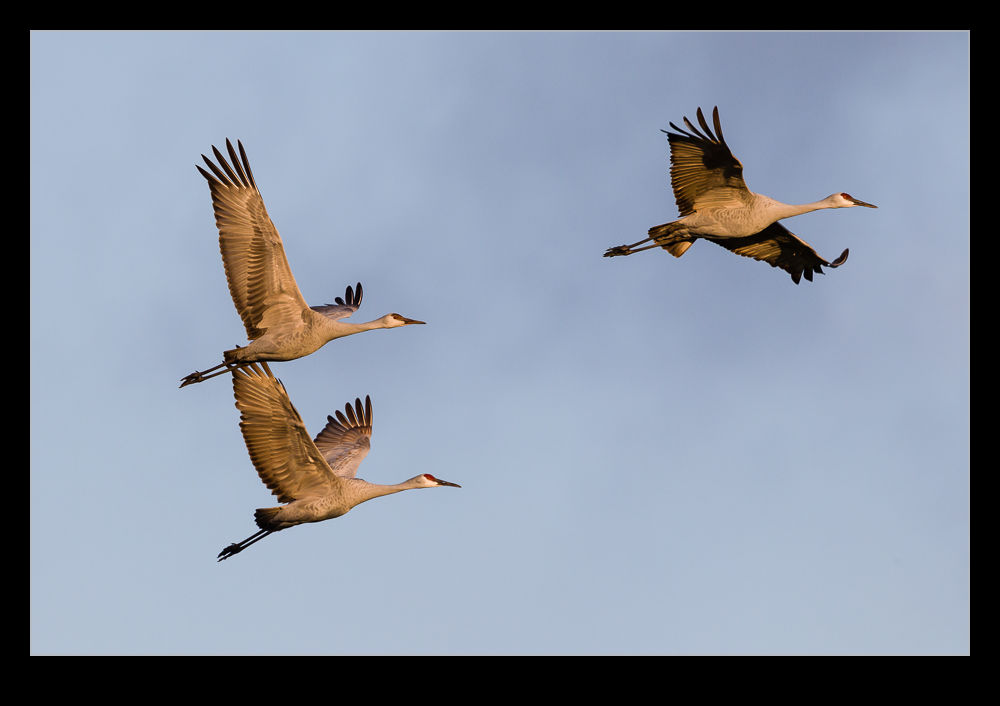 It is funny who something you will be doing or watching will trigger a memory and then I find myself wondering whether it is something that has appeared on the blog or not. The longer the blog runs, the harder it is to remember whether it was going when something happened or whether I have had a previous time when I thought I should cover something older. The sandhill crane migration is one such event. 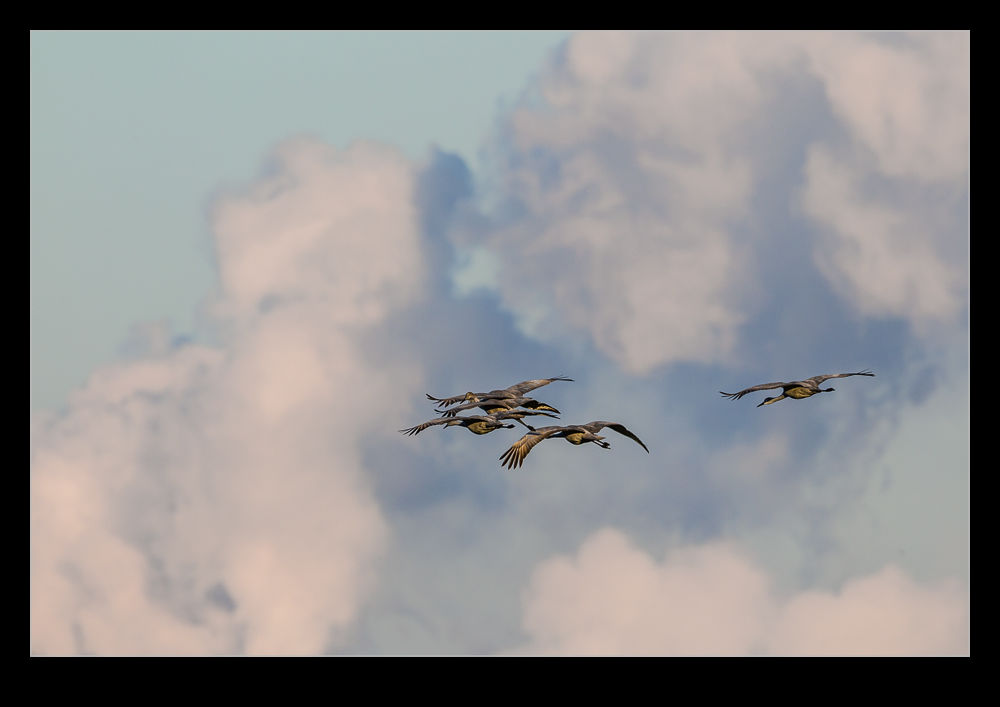 The first time I came across the cranes was when we were driving through Nebraska. The fields were full of birds although, for a while, we didn’t realize that was what they were. From the interstate as we zoomed along, there was obviously something in the fields but we couldn’t tell whether it was a plant or a creature. Then we saw a lot more of them flying and it became clear. We were making a lot of distance on that trip, though, so we didn’t stop to investigate. 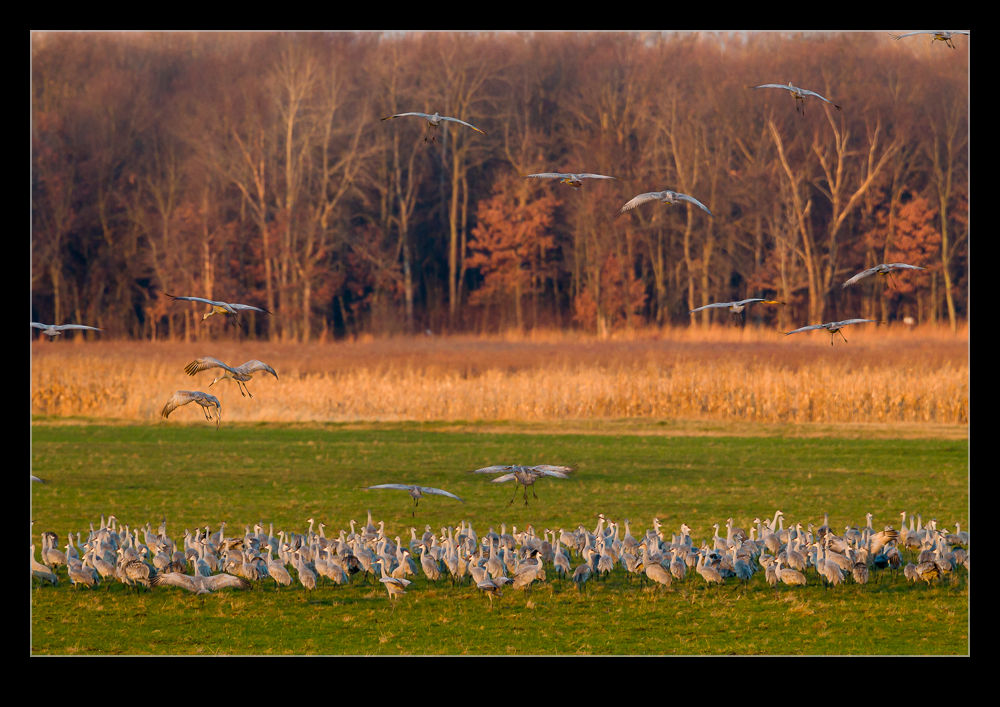 I later saw individual cranes at various spots within reach of Chicago, often up in Wisconsin but sometimes in the northern edge of Illinois. However, these were usually one or two at a time. I was advised by my friends, though, of the big migration that comes through Indiana. The place to go is Jasper Pulaski Fish and Wildlife Area in Indiana. This was a couple of hours or so from home and you wanted to be there for sunrise so it was an early start. 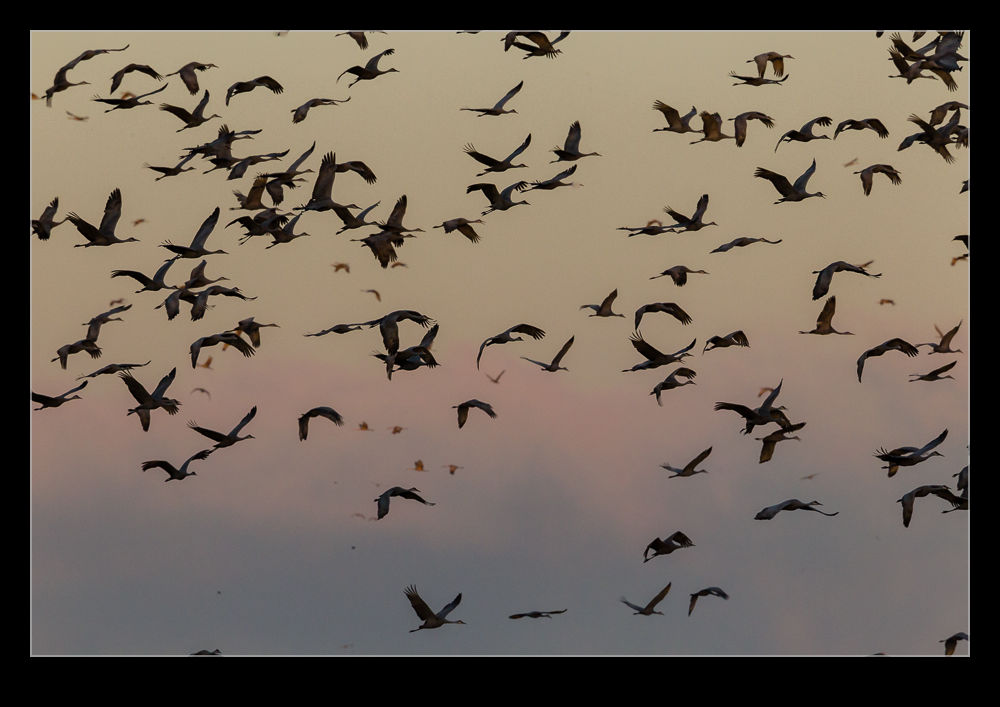 The location is popular with the migrating birds and they hang out in the fields in huge numbers. As the sun comes up, they get more active and start to take to the wing. It is early in the morning so the light can be really good. Added to that is a viewing platform that is positioned so put you up sun from the birds. It can be a touch chilly and sometimes breezy so dressing warmly was a big deal but it was worth it. 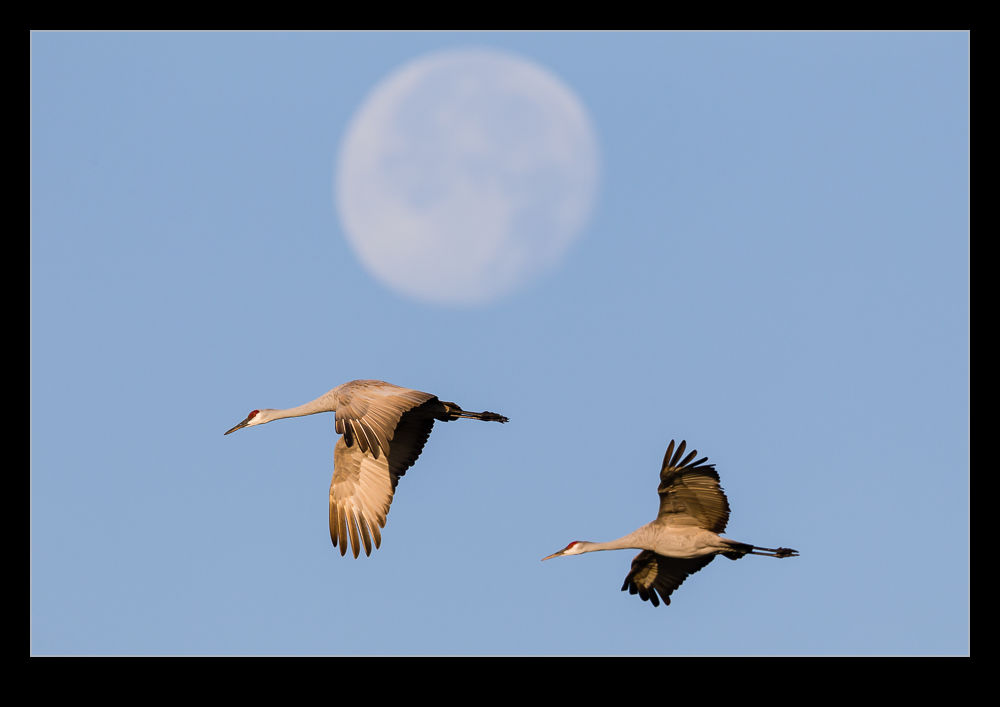 You could either watch the individual birds as they flew or appreciate the huge numbers as they flocked together. They were everywhere. The noise was impressive too. Compared to visits that my friends have made, I think the birds were staying away a bit while I was there so a lot of this was long lens work. Even so, there were still quite a few that flew close to us. Forgetting the photography for a moment, the spectacle of some many large birds taking wing is something not to be missed if the opportunity presents itself.