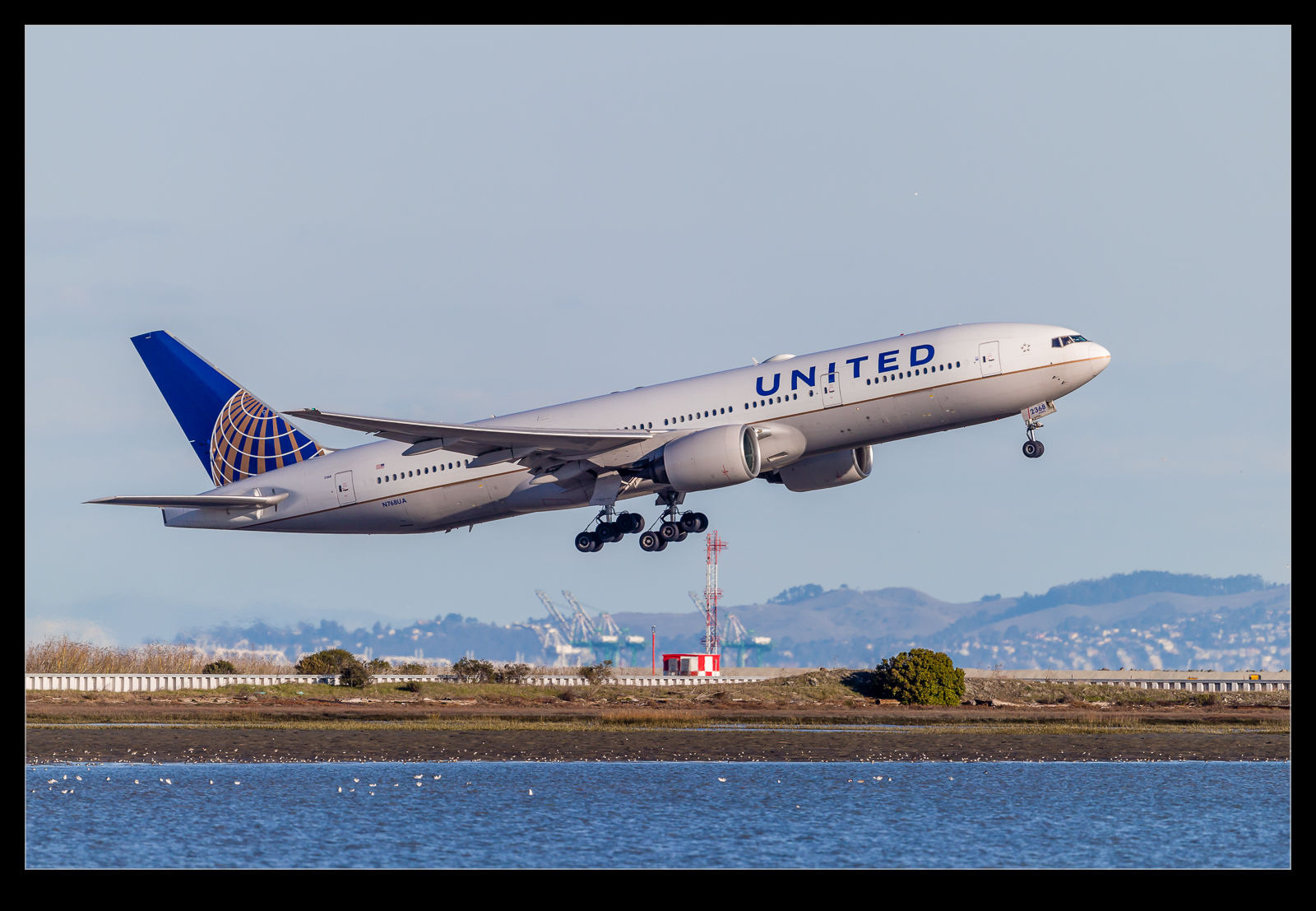 An early morning start had me in Oakland looking for a shot that didn’t ending up working out the way I had anticipated. It didn’t take long to work out that I wasn’t going to be successful so I started looking for an alternative. It turned out that the winds were from a slightly unusual direction and SFO was running with operations in a different direction to normal. As a result, while I had been to SFO a few times in the previous month or so, I decided to head along. 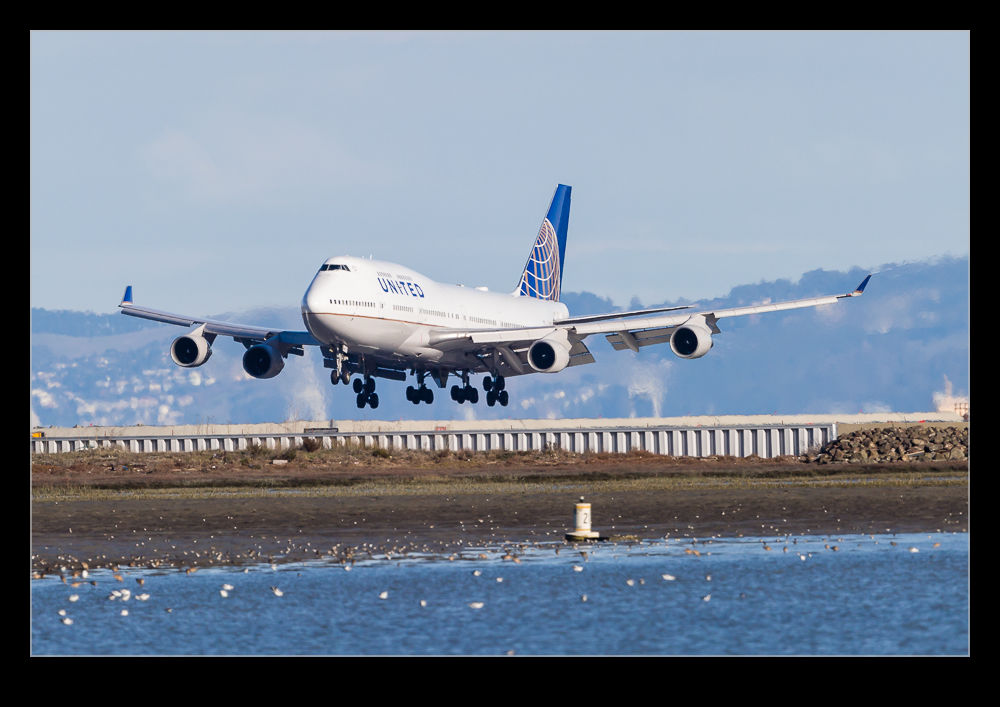 Normally, the arrivals at SFO come in on the parallel 28 runways with departures of most jets from the 01s with the heavy jets going off the 28s in between the arrivals. With the wind switched around, most of the departures were coming off the 10s heading down the bay while the arrivals were coming across the bay from the Oakland direction to land on the 19s. In the morning, this meant the light was well placed on the nose of the departing jets and it also provided good illumination on the arriving jets. You also see them from an angle that is not normal at SFO. 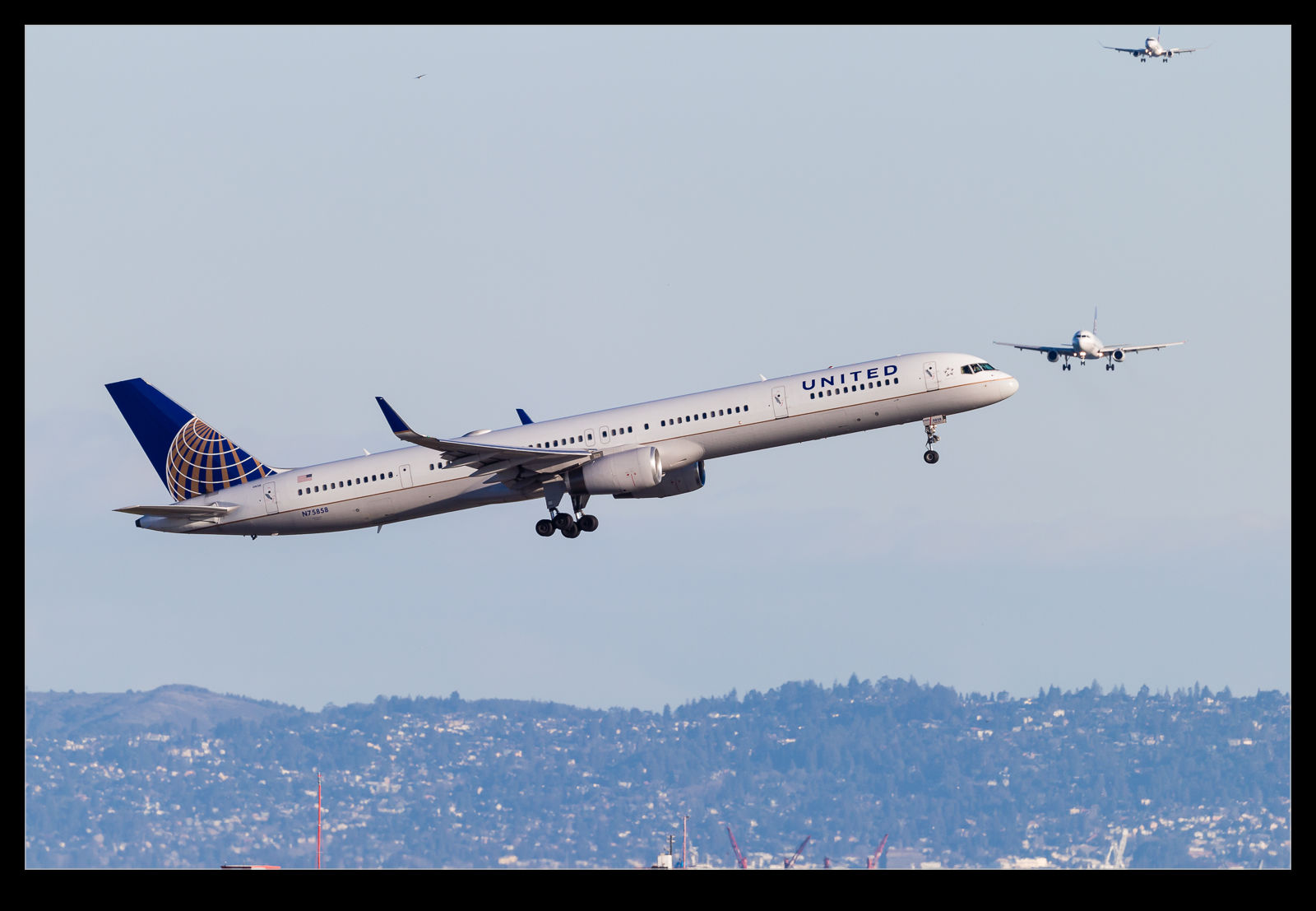 Getting operations in these directions when the skies were clear and the temperatures cool enough to avoid too much in the way of heat haze was a combination I couldn’t pass up. Unfortunately, it wasn’t to last. While I could see jets out over the bay on their way in, some of the departing jets were starting to taxi around to the thresholds of the 01s. Sure enough, after the last of the landings, the departures started reverting to normal and the arrivals started to appear on the 28s. Not the end of the world but a shame that I didn’t get some more of the bigger jets departing from the 10s. They would have been cool to see given the favorable light. 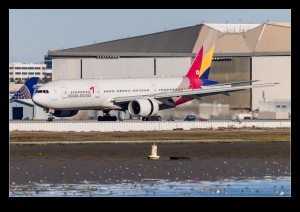 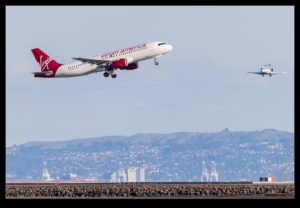 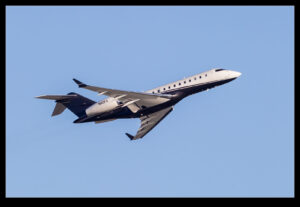 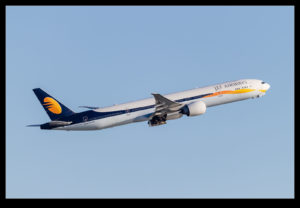 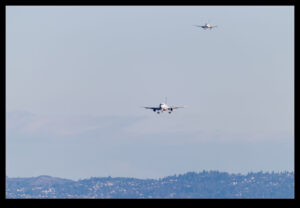