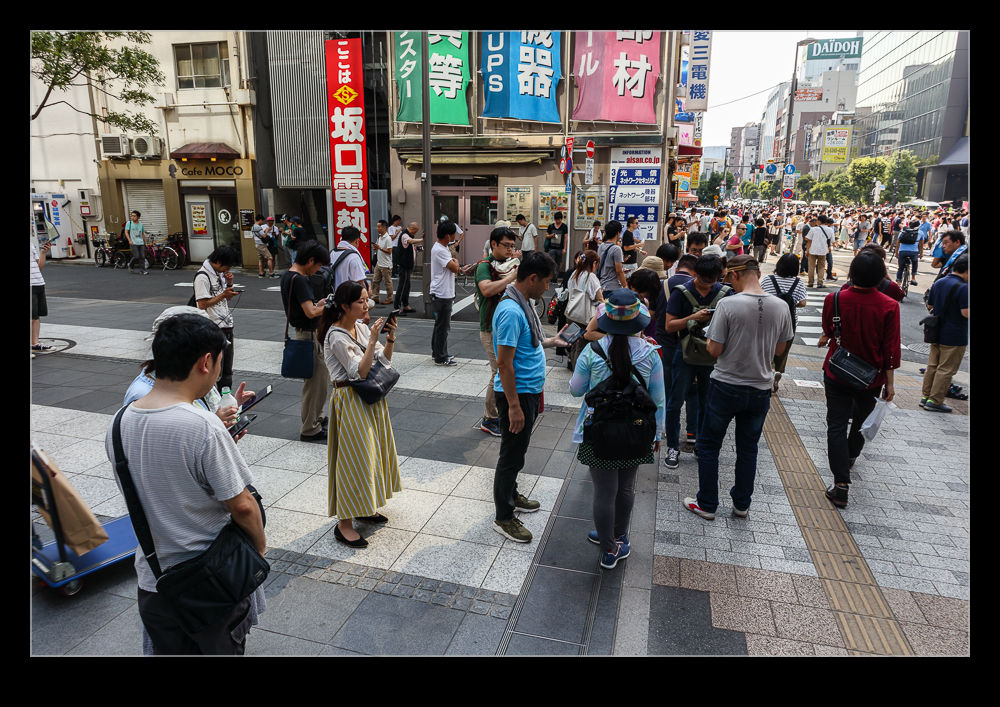 I visited Akihabara twice while in Japan.  Once was for a meeting with a client company that was based there and the other was when I was exploring.  This area is known for a lot of entertainment associated with animation and it has a lot of visitors that are into comics and animation.  It also seemed to have a large number of people playing Pokémon Go judging by the way they were all standing around playing with their phones.  I did see one guy with a phone and a tablet in both hands so he could play two games at once I guess.  I’ve never played the game so I can’t speak to whether it is good or not but it still seems to be really popular.