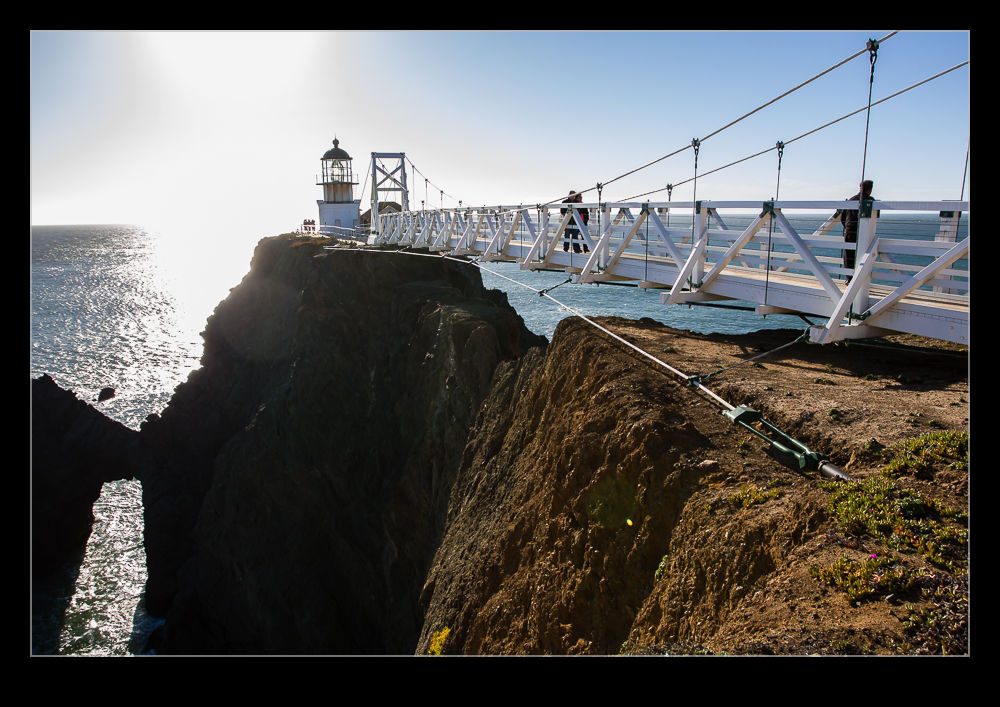 Go out to the end of the Marin Headlands and you reach Point Bonita.  At the very end of the land is a lighthouse to protect the rocky entrance to the Golden Gate itself.  I didn’t know this existed until watching Sunday Night Football one night.  As is usual for the show, they had a series of fill in shots of local settings between the plays.  This lighthouse was one of the subjects so I did a bit of checking on Google Earth to find out where it is.  Then, Nancy and I headed out to visit it.  However, that trip was frustrated by some persistent fog so we never made it out to the light. 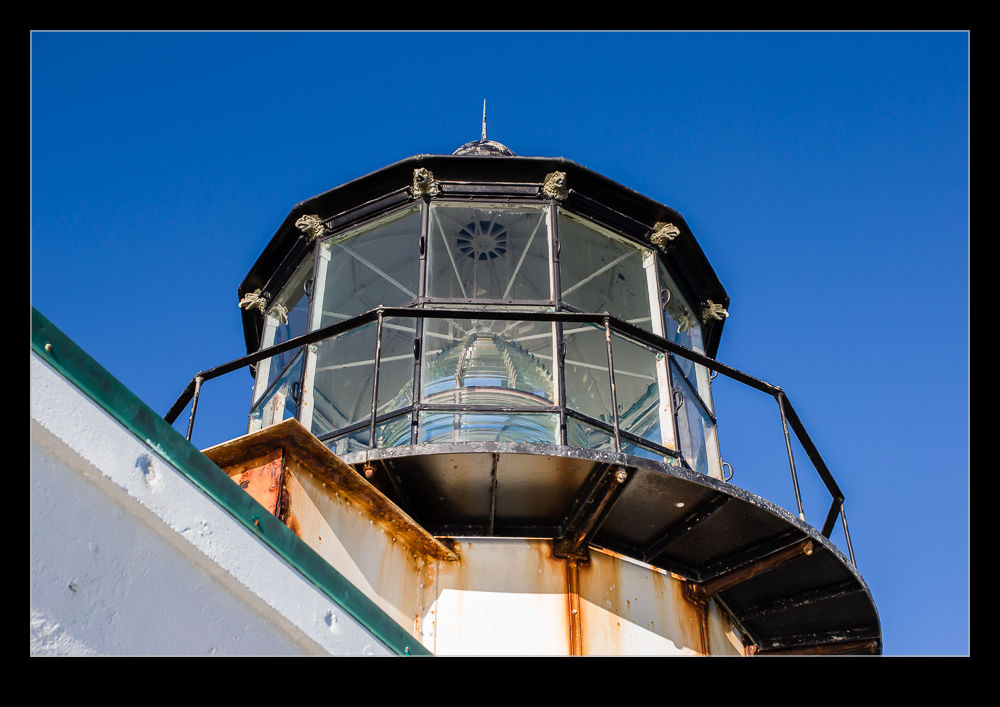 This time we were there on a far nicer day.  It was towards the end of the afternoon and the light was becoming lovely.  The view back towards the city was getting very attractive as the light was dropping.  However, what I hadn’t counted on was that they close off the lighthouse quite early.  It sits out on a rocky outcrop with a suspension bridge to reach it.  However, this is not the problem.  The walk down involves a short tunnel and this is what gets closed off when they shut things up.  Fortunately, the rangers told us what time it was closing and how much time we had.  Therefore, we zipped straight down to the lighthouse and then worked our way back.  As long as we were passed the tunnel in time, we would be fine.  As it was, we did not end up feeling rushed.  We even saw people walking down as we left although I am not sure how far they ended up getting. 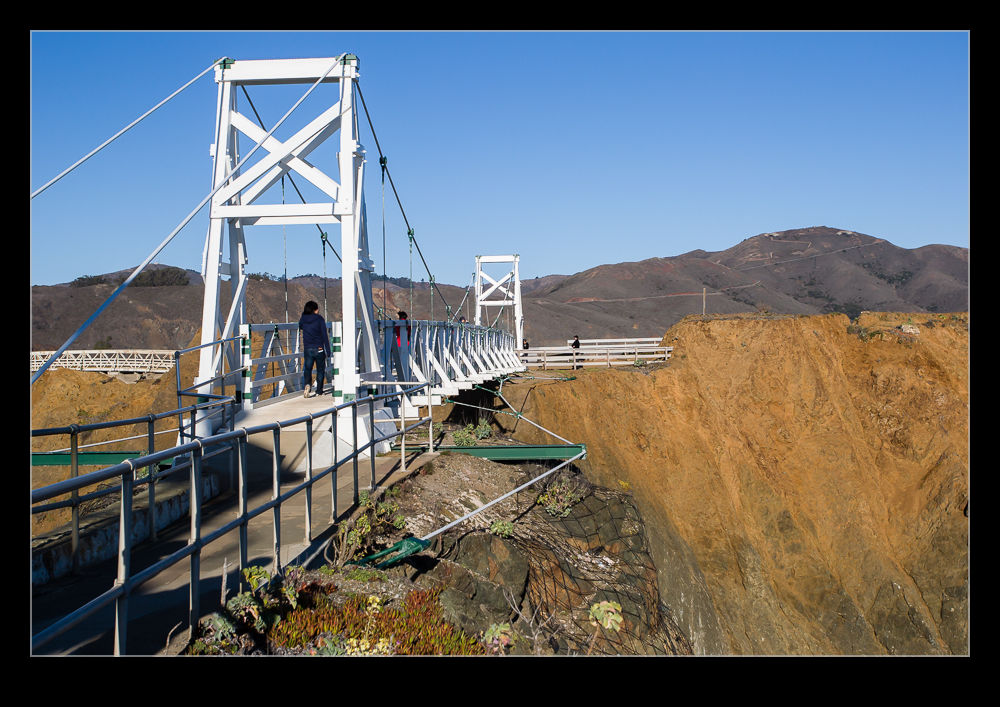 The lighthouse itself is not terribly large.  Its location is what makes it so interesting.  Going at the time of day we did, it was the hardest bit to shoot since you were looking into the setting sun.  However, it did provide some good options.  The structure of the bridge is cool in itself and I spent a lot of time looking at it.  If you are a nervous person on structures that are flexible, this bridge might not be for you.  If you are the only one on it, you might be okay.  However, the chances of that are limited so, with others moving across, you will certainly feel it move!  You have been warned!