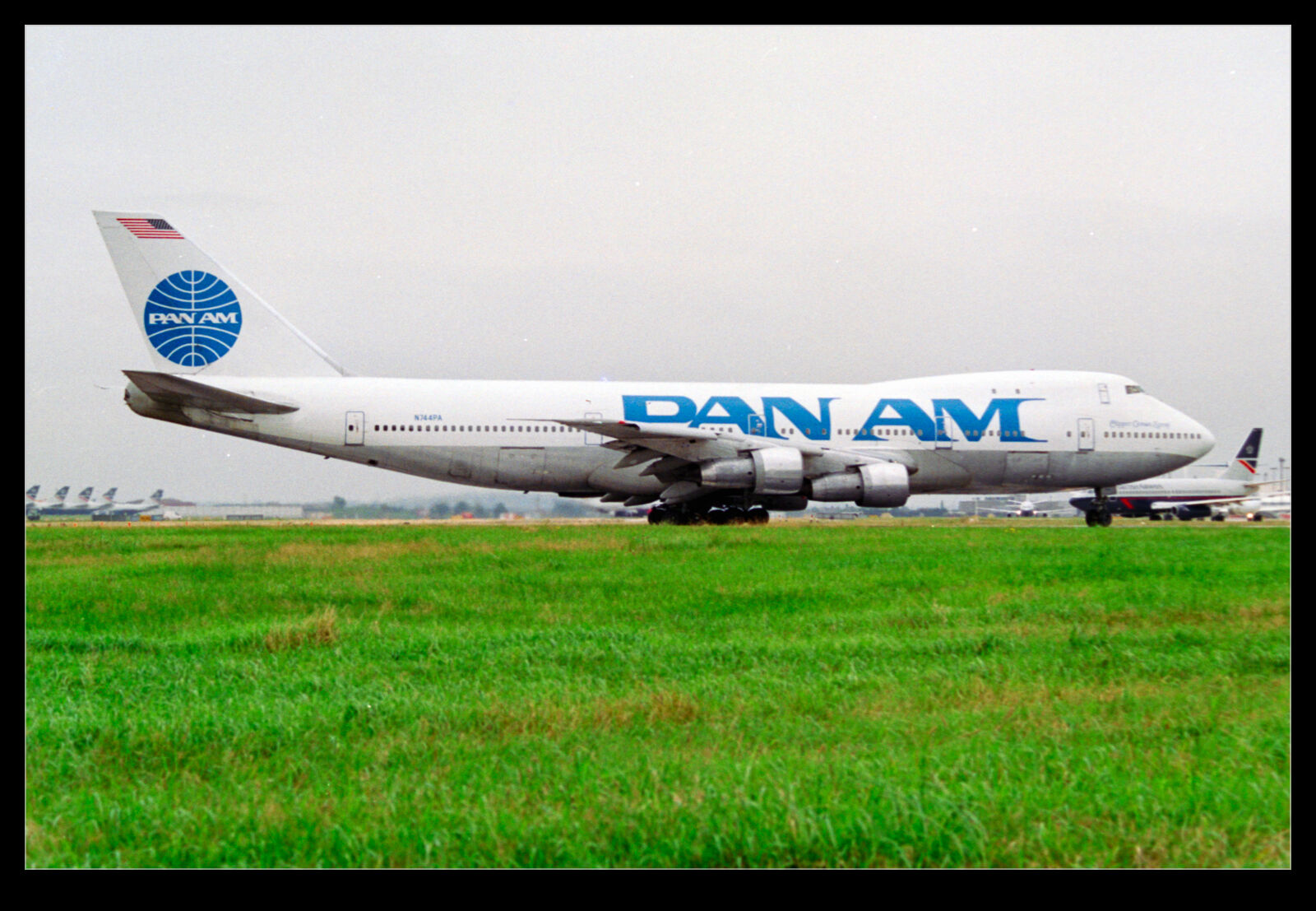 Summer of 88 meant I had probably the coolest job someone like me could ever have. My summer break was spent working for the Civil Aviation Authority (CAA) in the UK. I was involved in noise measuring work around airports in London and the vicinity. I spent a few days inside the fence at Heathrow recording all sorts of things taking off. 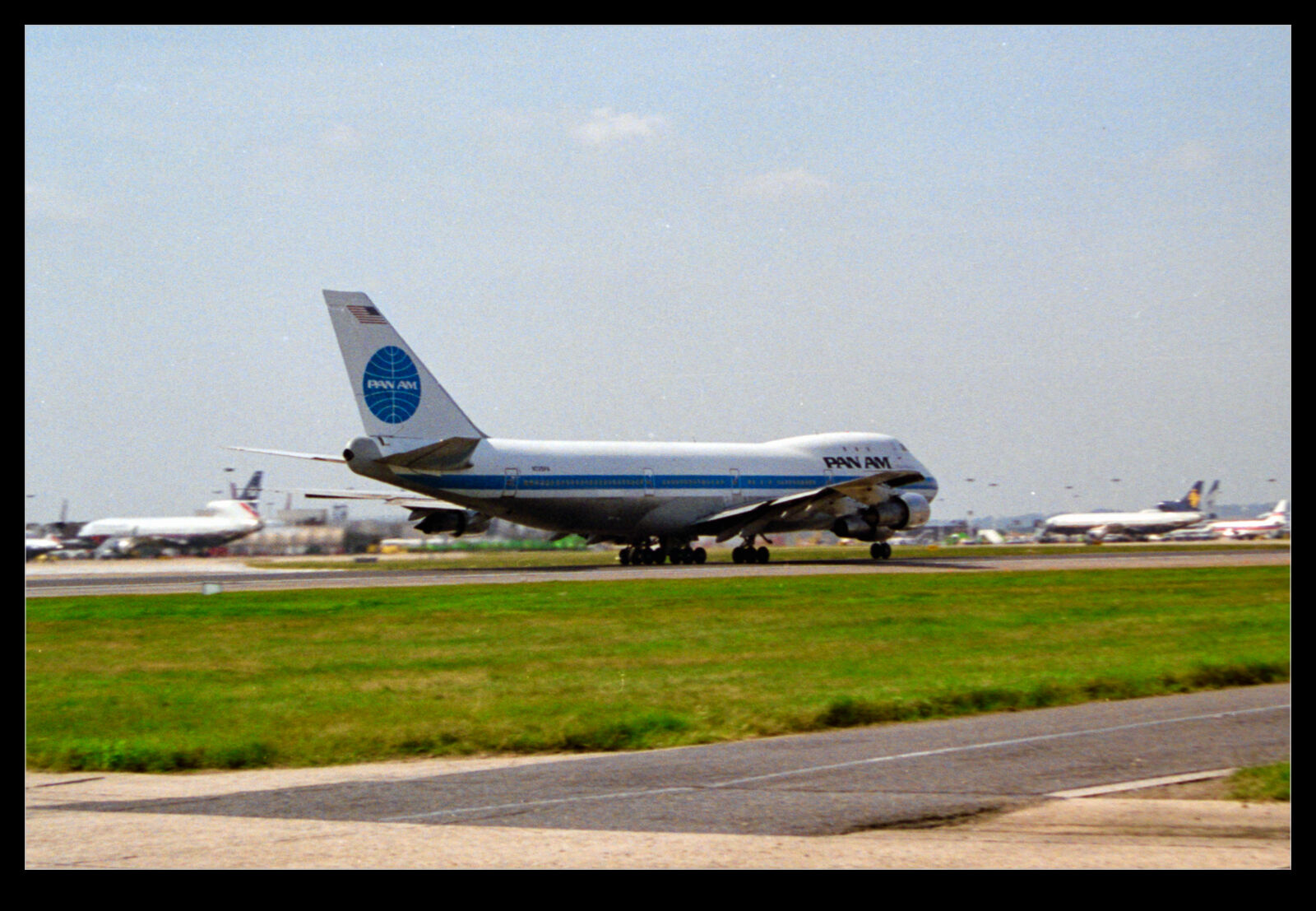 I did get some photos while there when it didn’t interfere with making recordings of sound levels. In those days, Pan Am 747s were a regular at Heathrow and here are a couple of their planes heading back across the water. They also had 727s at Heathrow supporting routes to Germany. That was a hangover from the post war split of responsibilities and probably seems anachronistic now.