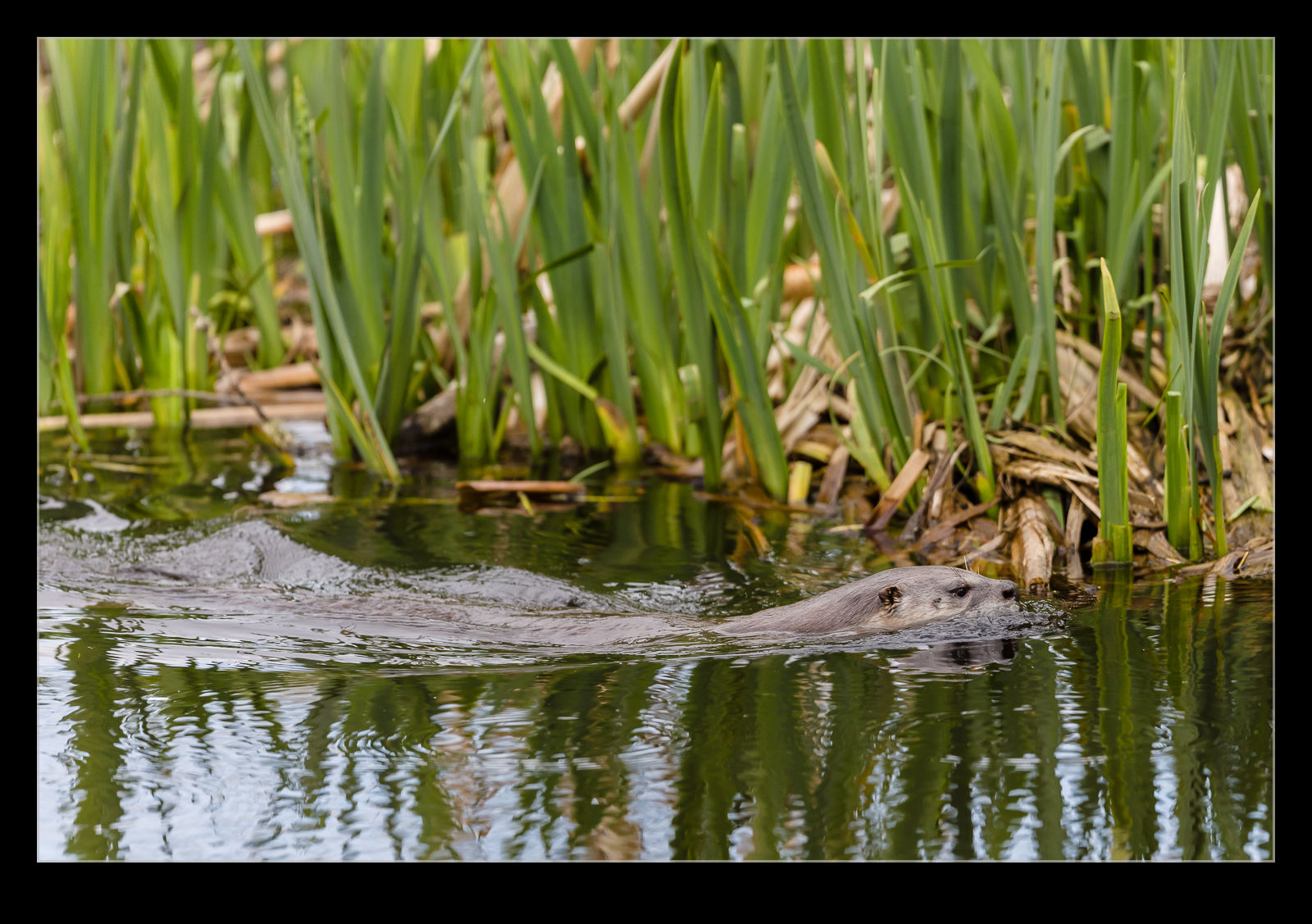 We have a few otters that are regulars in Juanita Bay.  One afternoon, while waiting to see what would show up, one of them could be seen swimming along the shoreline across the inlet from where I was.  It seemed to be on the move rather than hunting so the question was where would it go?  It headed right into the inlet and then came along the shore.  It would pop out of the water on to the land and wander a little before slipping back into the water. 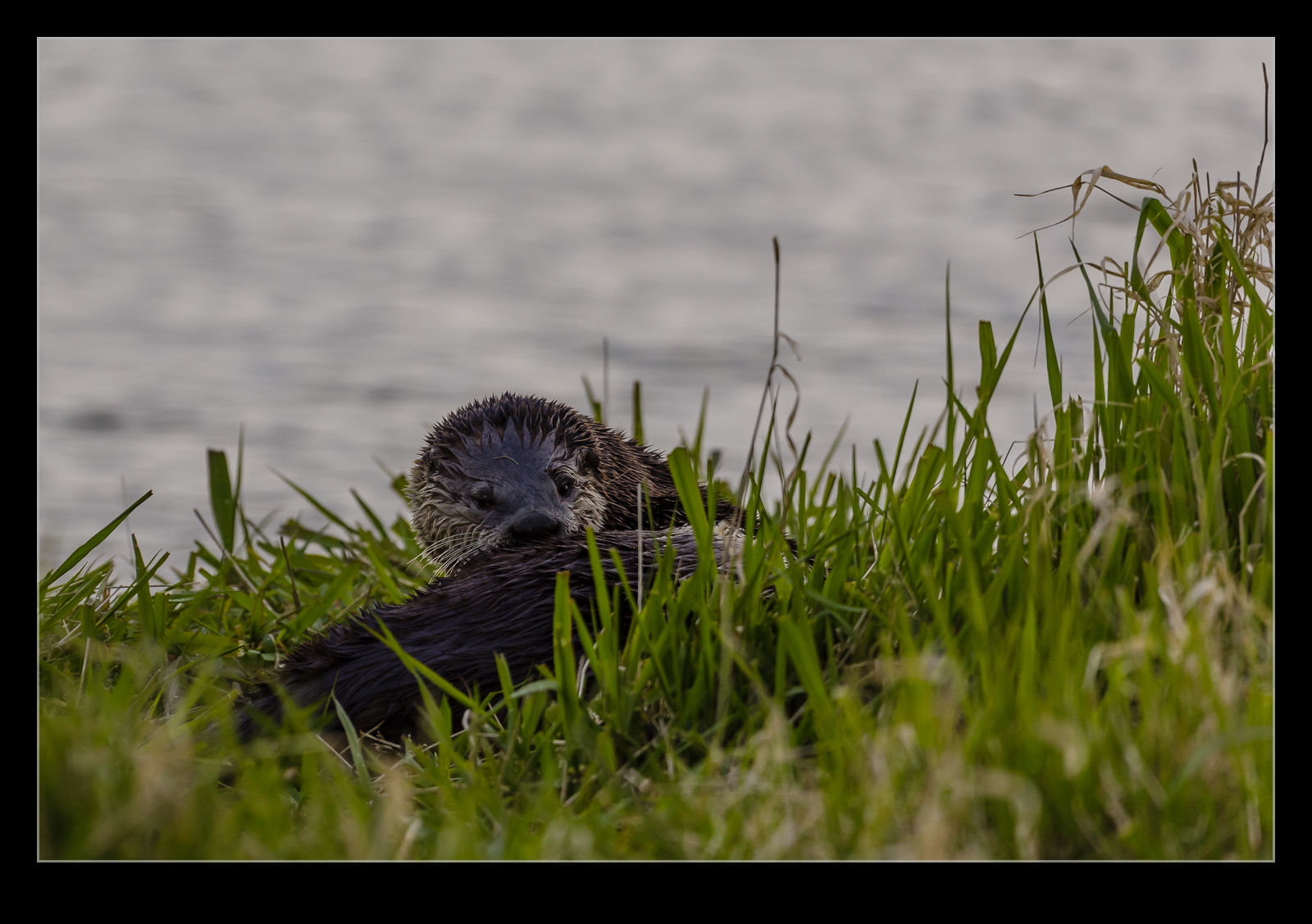 It came around the edge of the inlet and up towards where we were on the boardwalk.  Would it try and cross under us?  No, it continued along the edge of the water swimming and then climbing on to land again.  Back to the water, around the edge of the inlet and then around to the open part of the bay.  It stayed close to the edge but kept on moving and disappeared around the corner and to the larger lake.  At its closest, it was in the long grass which meant getting a clear shot was tricky.  Still, it was pretty close for a long time which is unusual for the otters. 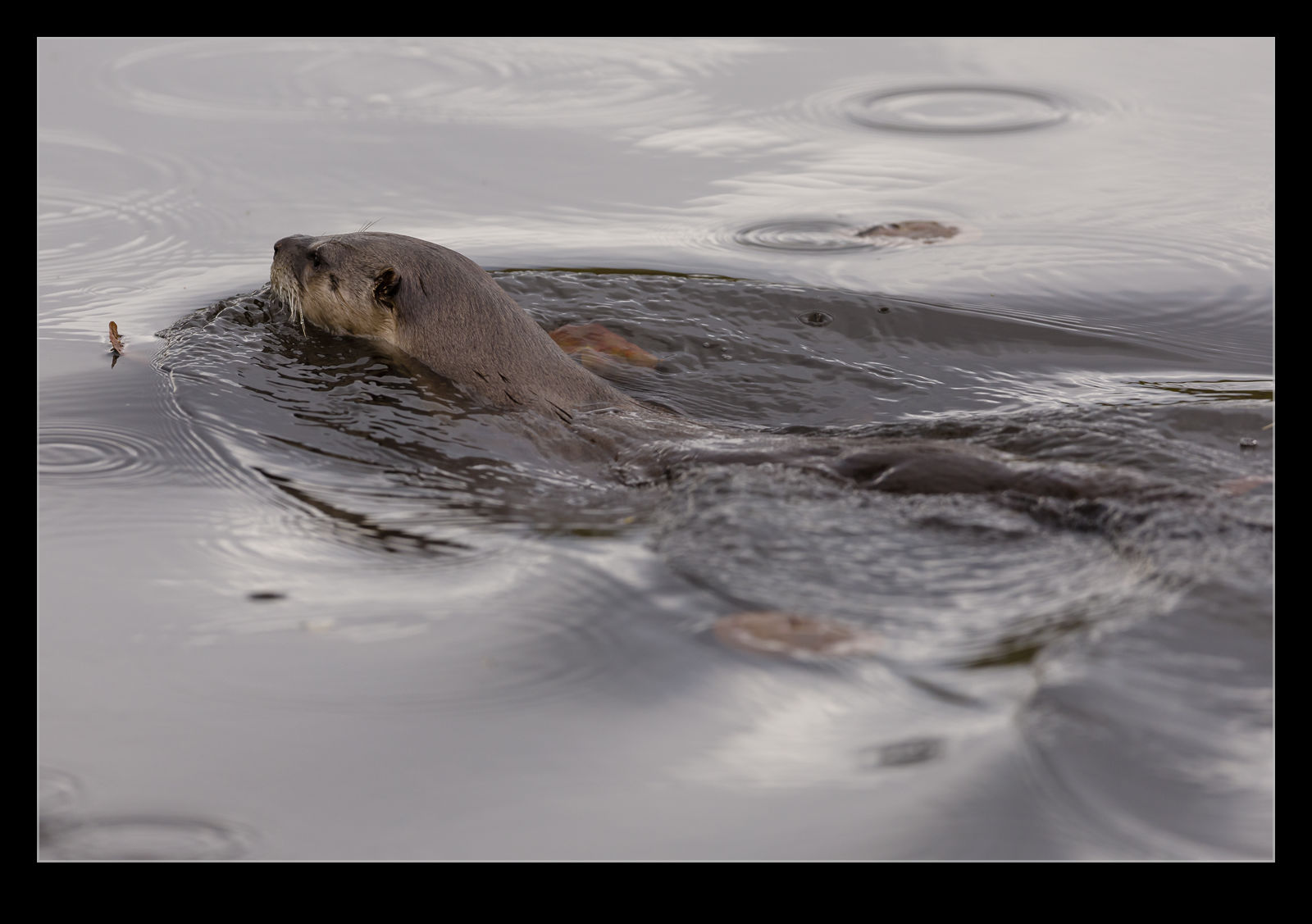 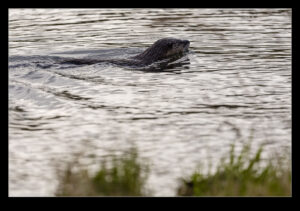 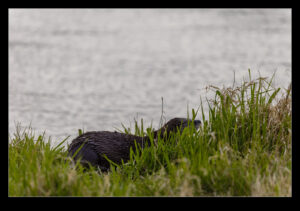 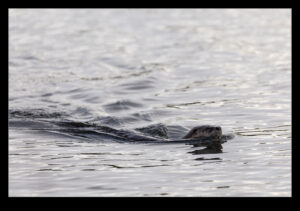 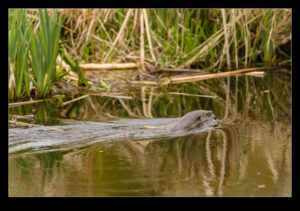