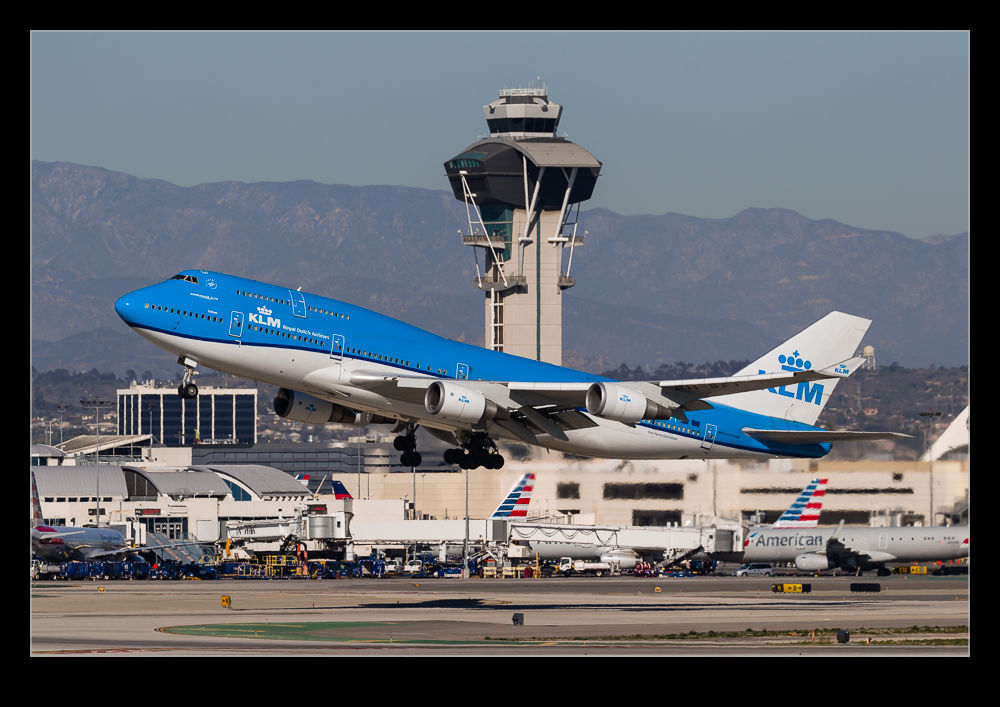 KLM are one of the few airlines that are not soon to be rid of their 747s. They have demonstrated this by starting to repaint them in a new color scheme. When I was at LAX, one of the newly painted jets was due to come in. Annoyingly, rather than follow the normal approach path to the 24 complex, he came straight over the field and went in on the 25 complex. I saw it come overhead and could see it in the distance as it landed over on the other side of the airport. 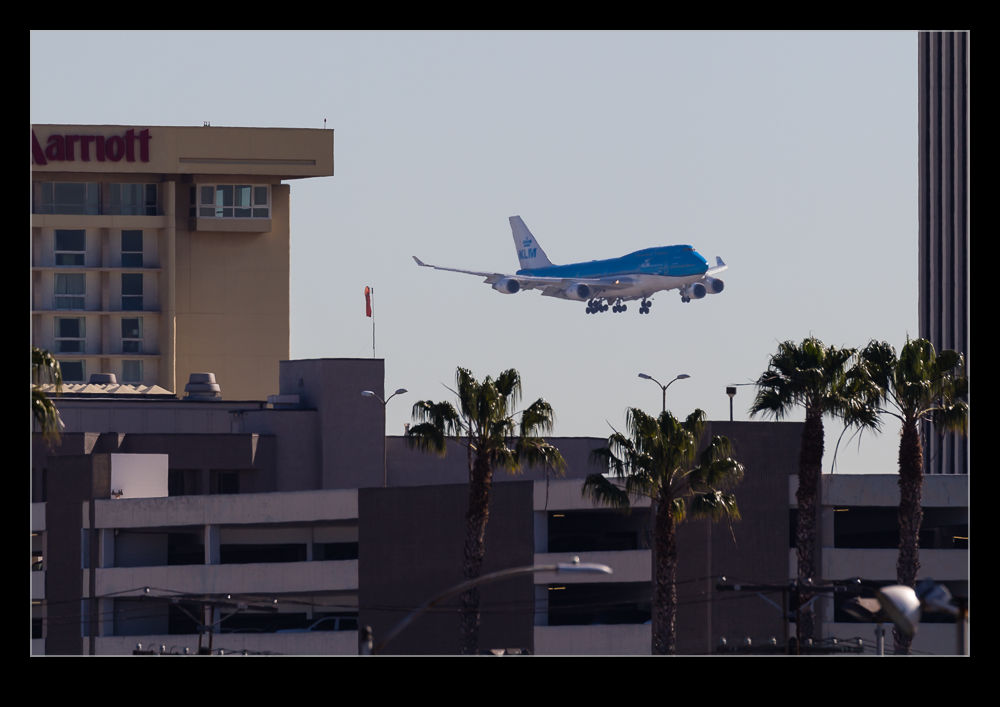 Fortunately, later in the day I was on the south side up on Imperial Hill awaiting a message from my buddy that he was ready to roll. I had not thought further about the KLM jet but, since it had come in earlier, that meant it was going to go out again. It took off in front of me – catching me a little by surprise. I was able to get a shot of it in good light so all was not lost. 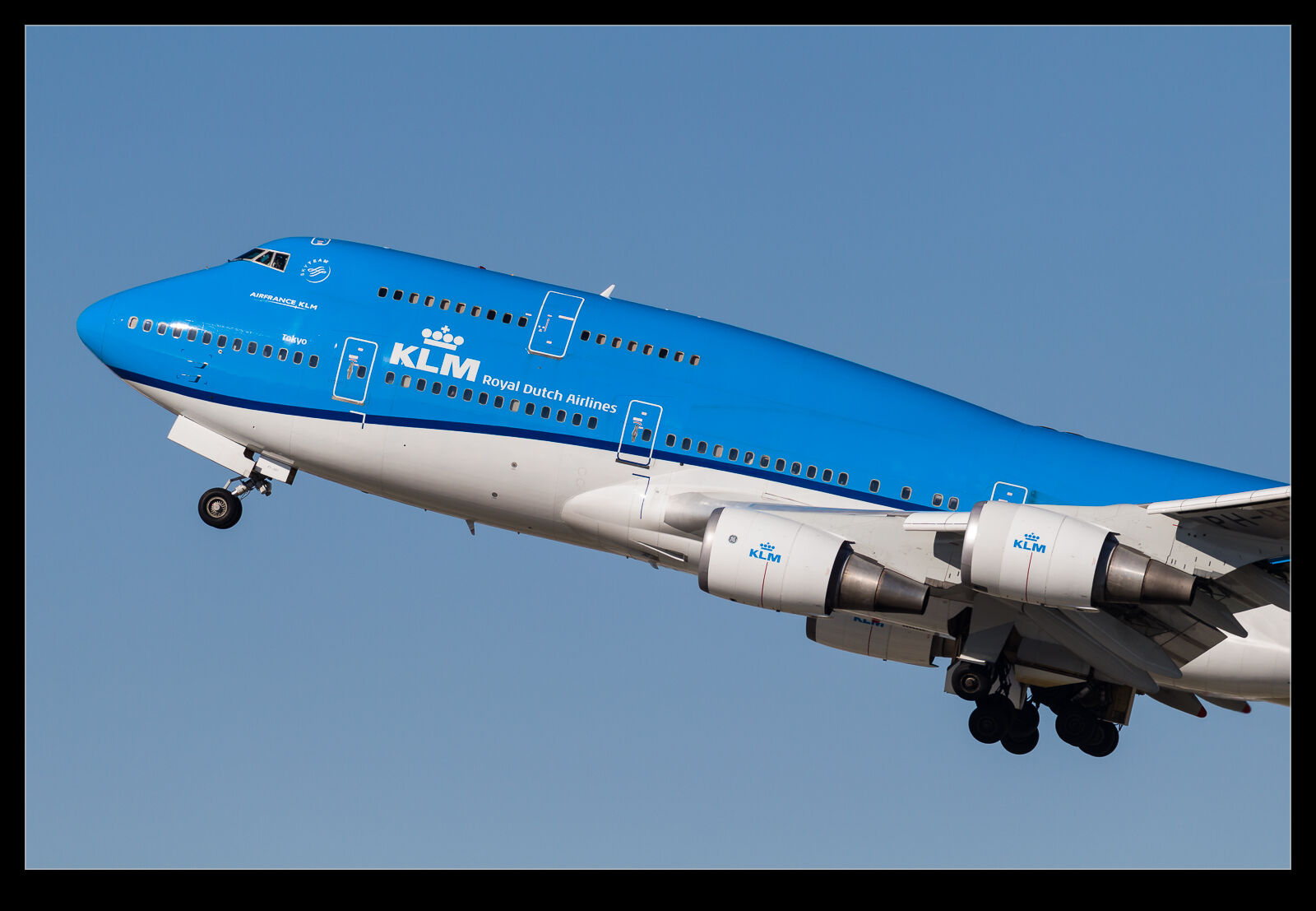