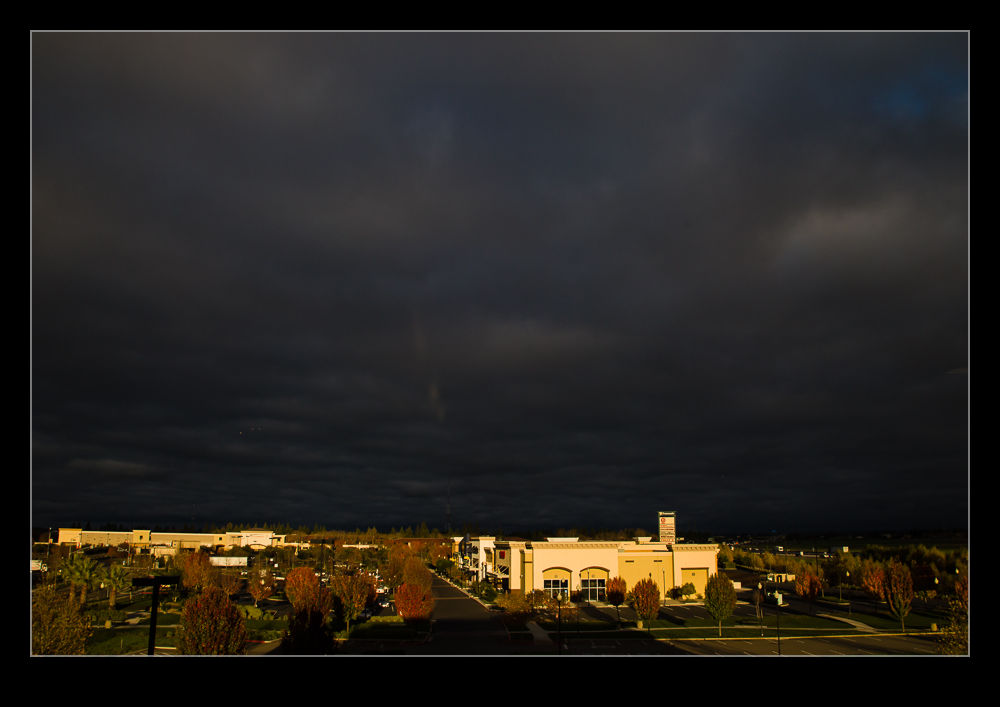 You are always supposed to have a camera with you so you can be ready when the shot presents itself.  Sadly, there have been far too many times when I have failed in that regard and this blog has plenty of entries describing exactly that.  However, in this case, I was actually prepared.  The view out of the office window was suddenly filled with some very ominous clouds.  This would have been good on its own but the sun was still on the shops that are next to the office.  The contrast was pretty dramatic and made the clouds look even more impressive.  We even had some birds flying through the scene that caught the light too! 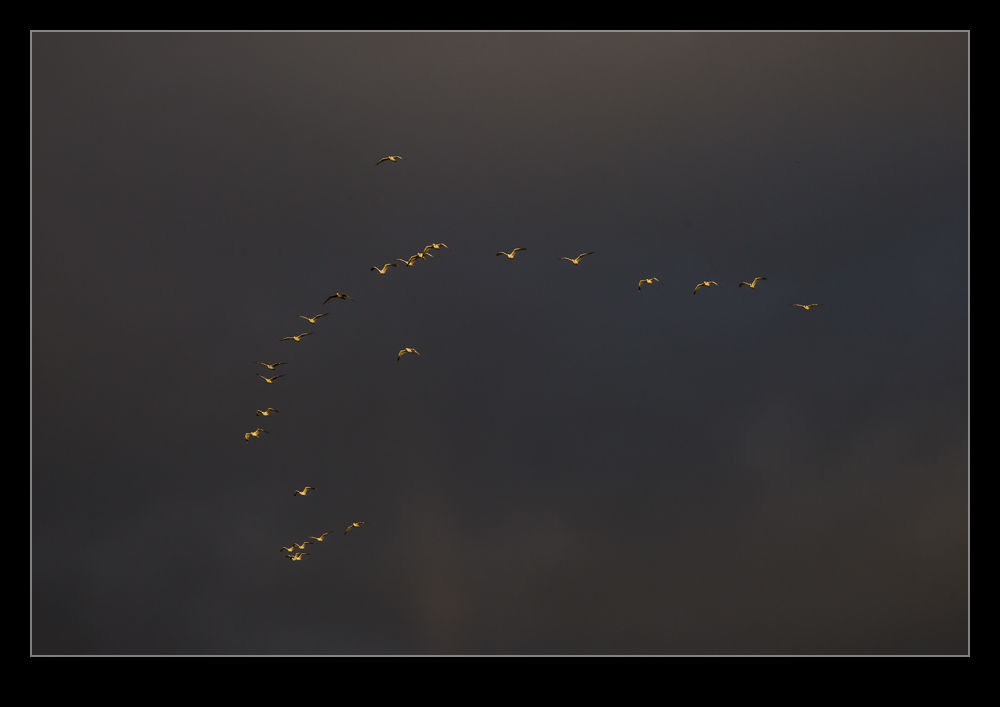