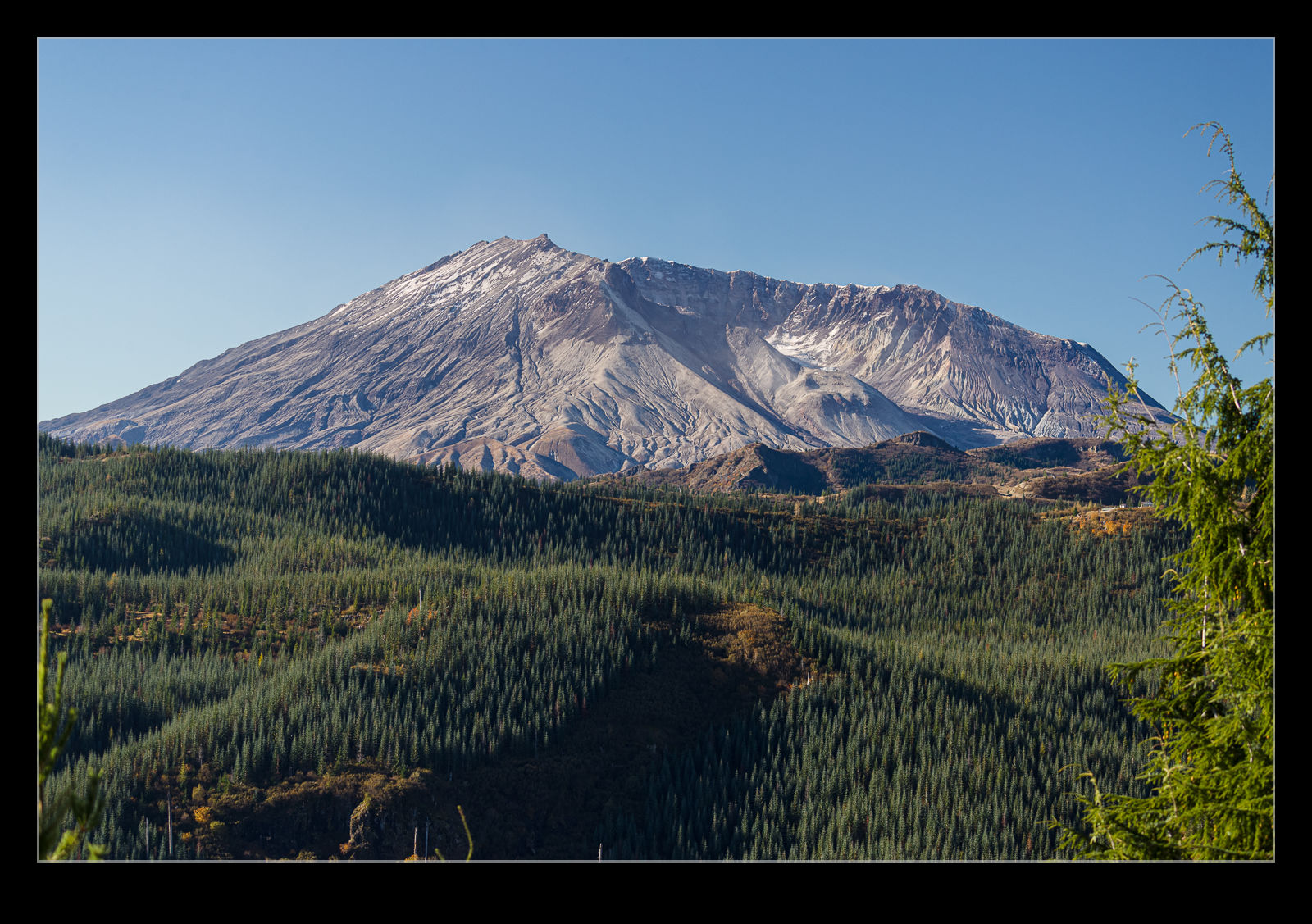 Long before we moved to the Pacific Northwest or even visited the area, there was one mountain in the area that I knew all about.  Mt St Helens exploded in 1980 killing over 50 people and devastating a wide area.  The idea that the side of a mountain would just slide away and the exposed volcanic activity would blow out with the force of tens of megatons of explosive was amazing to me then and it still is.  I had been thinking of taking a visit for a long time. 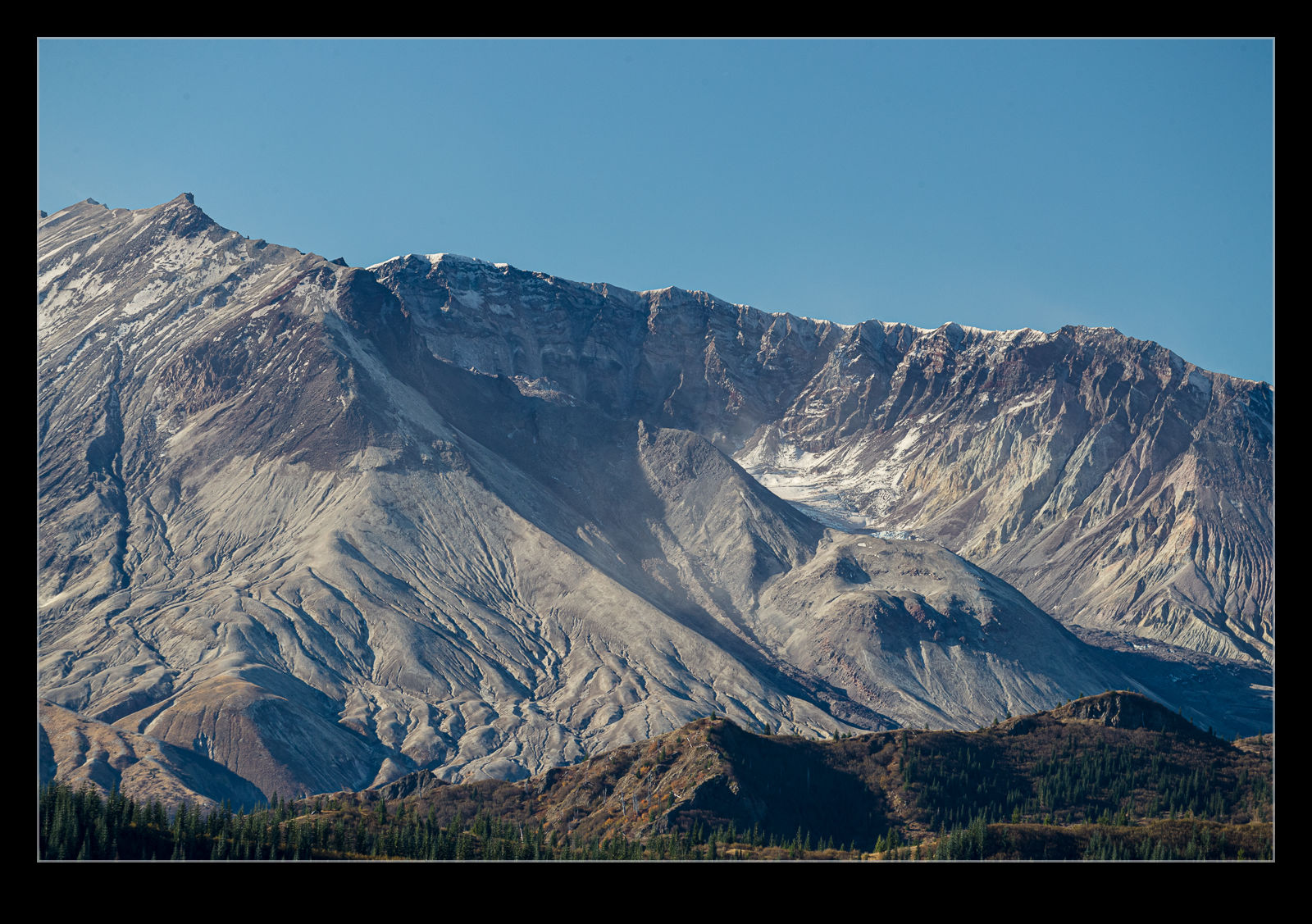 The lack of a reason for time off this year means I have built up a balance of PTO that the company wants me to use so I booked a random day off in the middle of the week and, with nothing else planned, I thought a road trip was worthwhile.  It is a little over three hours south of us to get to the mountain so I headed off earlier with a good forecast.  I was a little skeptical as I drove south in the rain and low cloud but weather changes quickly here and altitude can make things change fast.

The road to Windy Ridge Viewpoint closes in the winter but it was still mild enough and there was almost no trouble on the road.  The deep shadows combined with the sun breaking through the trees made for some awkward conditions to drive up while watching out for the sudden deteriorations in the surface which appeared without warning.  The majority of the road surface is perfect but every once in the road, a little chasm will appear!  Also, while the air temps were in the 50s, the shade meant there was the occasional icy patch on the road which gets your attention on steep sections with big drop offs! 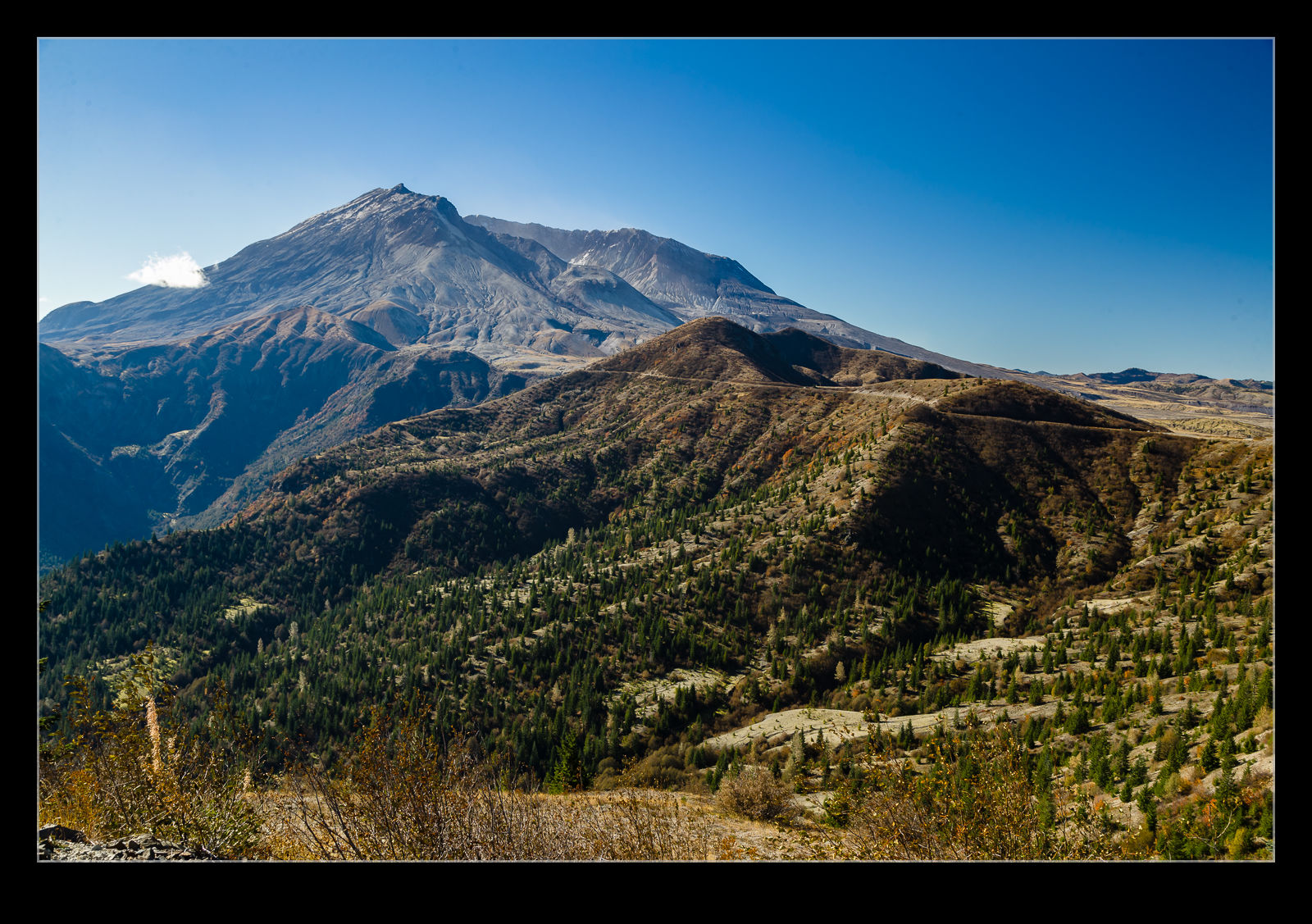 As I got closer to my target, I started coming around corners which provided a view to the mountain.  It is a dominant shape even without the 1,600’ or so that got blown off it forty years ago.  This was not an ideal time to visit for photography purposes because the sun is so far south so it is a little backlit but the good viewpoints are in the north and, even if I had been there for sunrise, it would still have been a less than ideal sun angle.  That would have required an overnight there which I didn’t feel was a great plan. 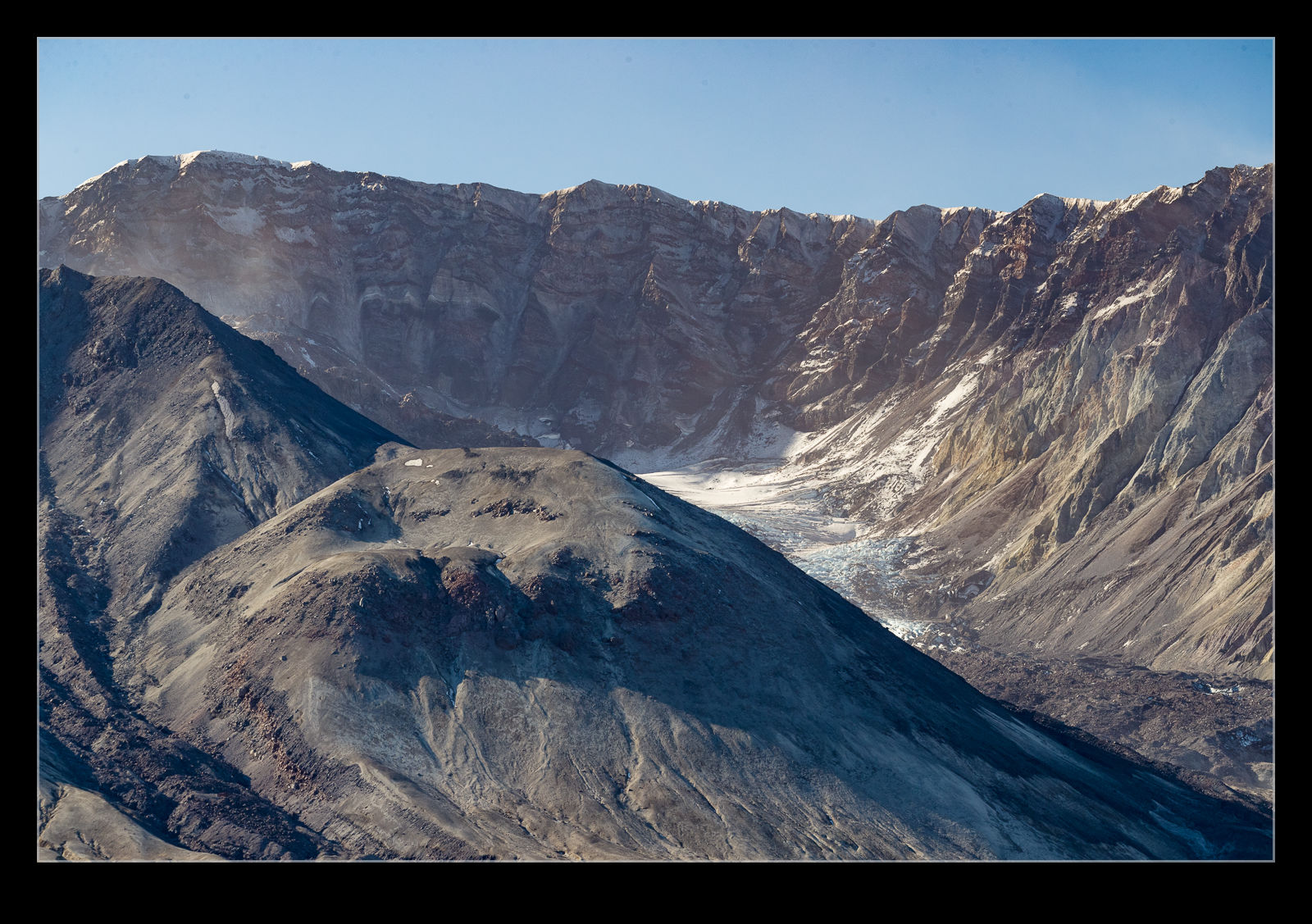 When I got to Windy Ridge, I was all alone.  There were two vehicle parked up near the trailhead but the occupants were obviously off up the trail.  It was just me.  Consequently, it felt super tranquil.  I read up on the disaster and what happened to the area and the people.  I spent a lot of time just staring at the mountain.  The hollowed out side of the mountain gives you an idea of just what got blown out.  There are new bulges in the surface as magma pushes up from underneath which serves to remind you of just what you are looking at.  This thing has blown on multiple occasions and will again at some point.  Right now it looks benign.  The eruption from 1980 continued on and off into the mid 2000s.  It is quiet for now but it will cause trouble again at some point.  The desolation of the area, even after 40 years, is a stark reminder of the power of a volcano.  Some trees have. Grown up but most of the landscape is still barren.  Everything was scoured clear by the high speed and burning heat of the blasts.  Some areas were sheltered by geography and they are were things have grown back first but they are in the minority.  Quite a place.  One day I shall go back and do the hike to the summit.