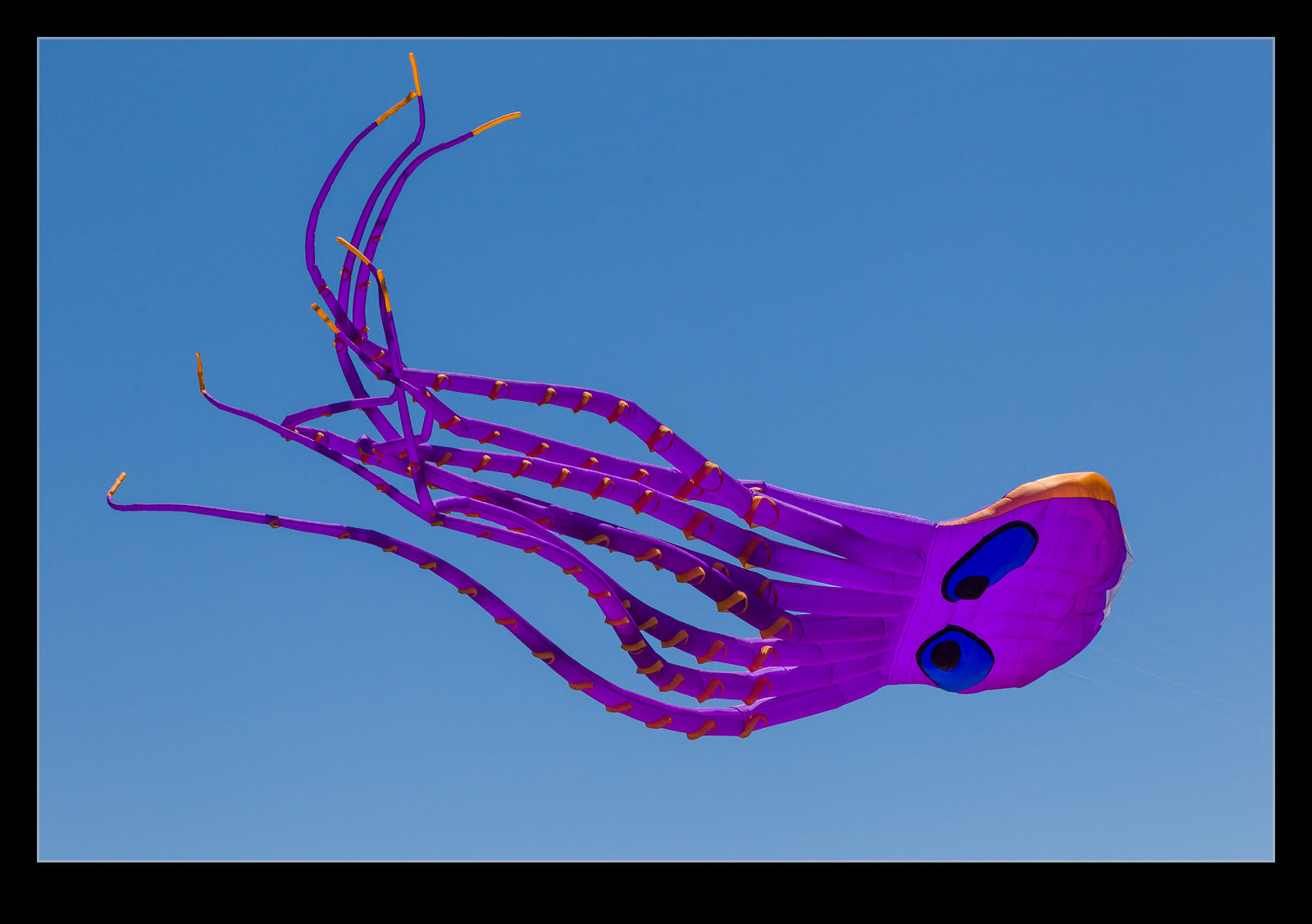 San Ramon holds an annual kite festival which we checked out last year. This time we went back and, rather than get too distracted by the other stuff that was there, we focused on the kite flying itself. There is a large field on which a series of demonstrations of different types and numbers of kites was undertaken. The quality of flying was very impressive. (I will caveat that by pointing out that a bunch of kids were flying their own kites around the field edges. They had obviously just had a kite bought for the, but the parents didn’t seem terribly bothered what they were doing with them so you could get a swift kite to the head if you weren’t careful – and I obviously wasn’t!). 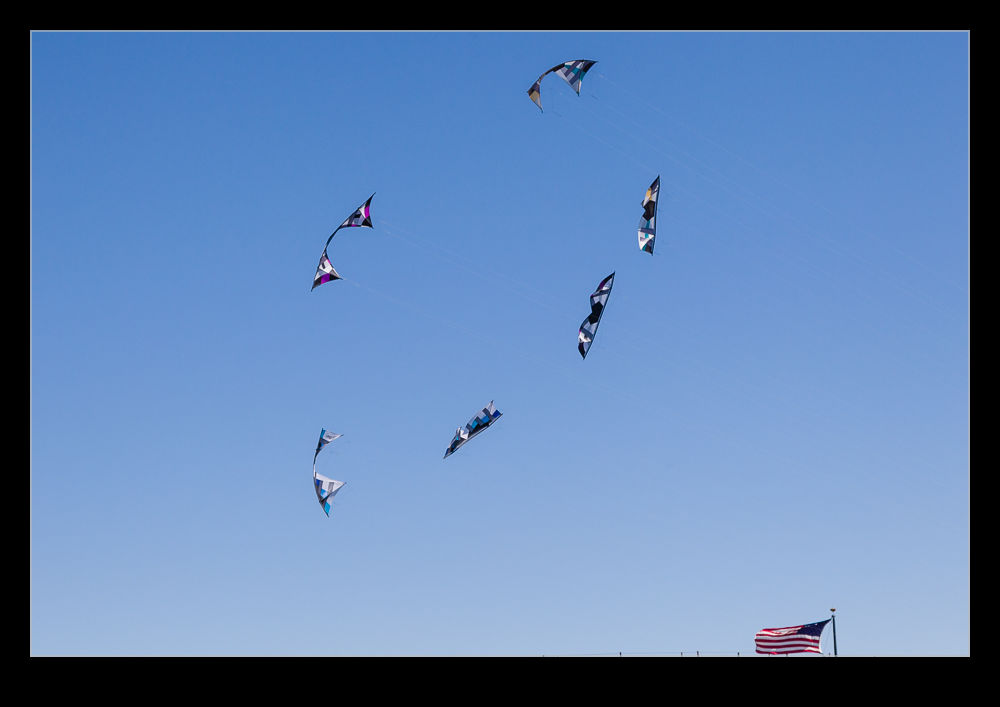 If I ignore the health hazards, the demonstrators were putting on some excellent displays. The individual flights were good but the coordinated flights were outstanding. Two, four and sometimes six kites were flown in formations which was very cool. The lines can overlap so they can continue to control the kites even when they have overlapped the lines several times. Of course, untangling them again is required to avoid a lot of pain when they land. 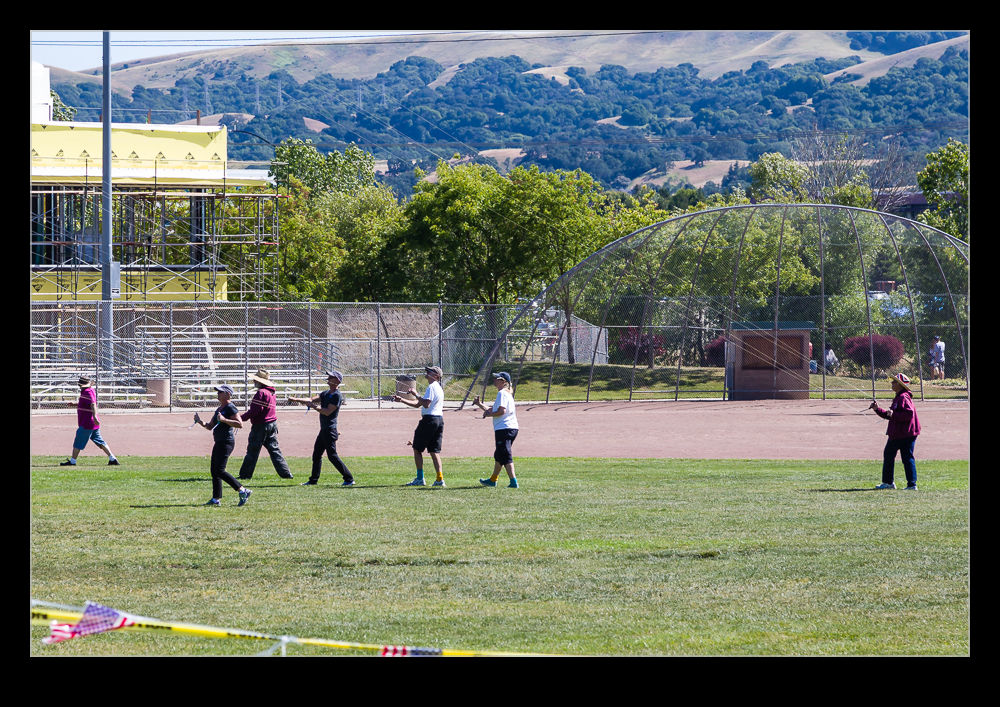 The different kite styles also bring different capabilities. Twin line kites can be steered left and right while the four line kites allow steering or rotation in place, moving up or going backwards. In the right hands, they are very maneuverable. I have tried a quad line many years ago and they are twitchy but incredibly clever provided you don’t keep crashing them. 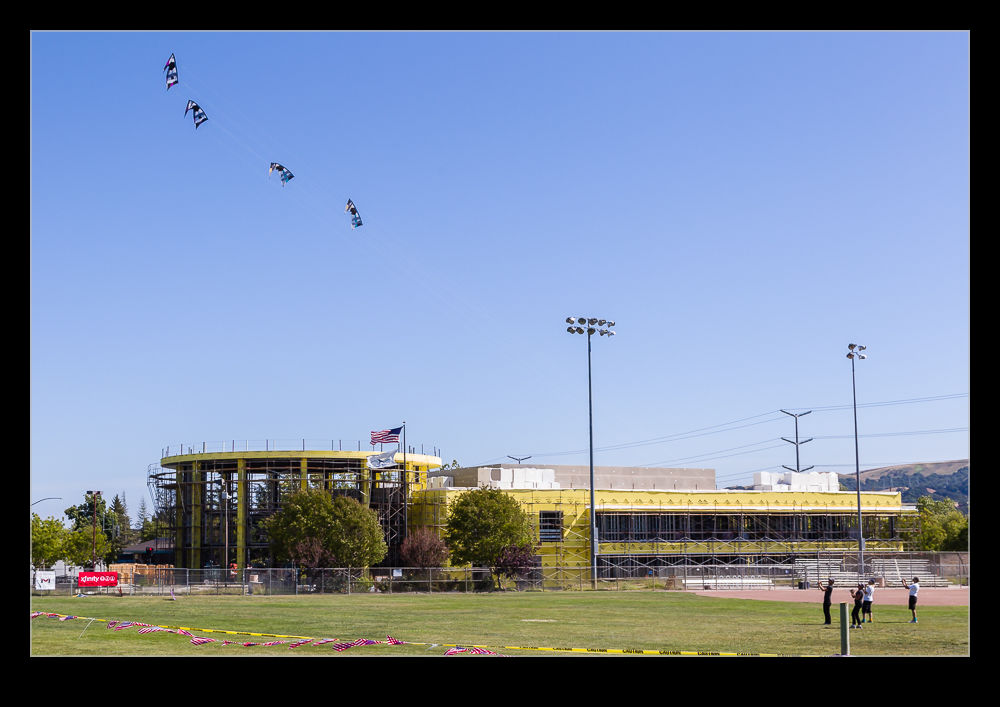 I also put together a little video of the flying below. It turns out shooting video of kites is a bit harder than I expected. They can move quite quickly and are pretty close to you. Also, it is hard to predict their next move so tracking is a touch harder than you would hope. Still, video gives a far better impression of them than stills can achieve. Now I am thinking about trying to find some old photos of kite flying in Lytham. Where are they? 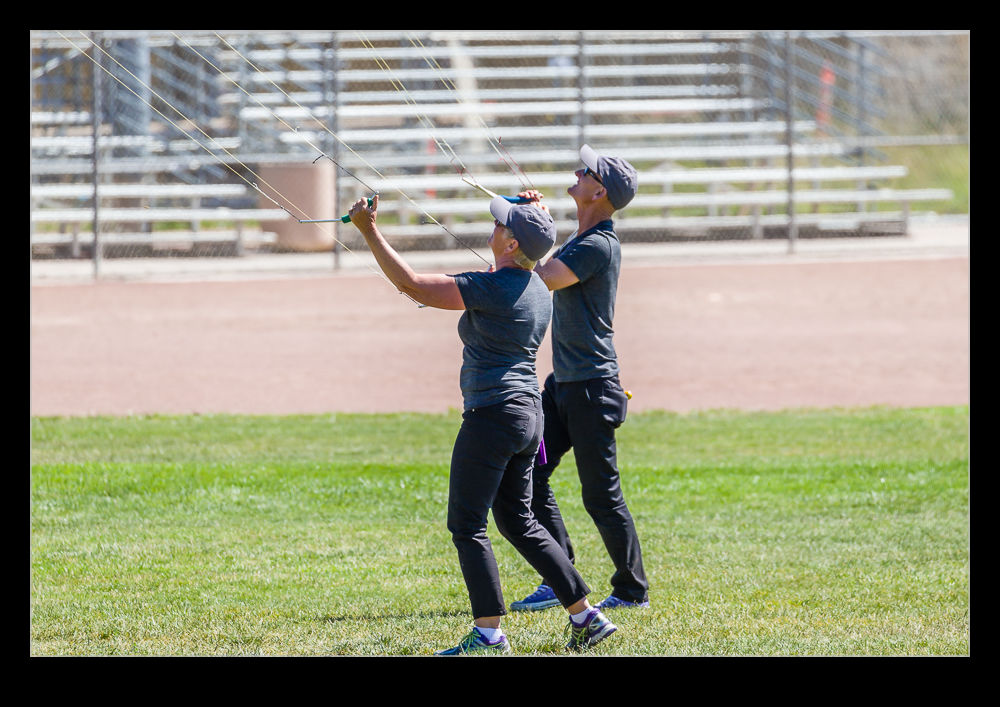 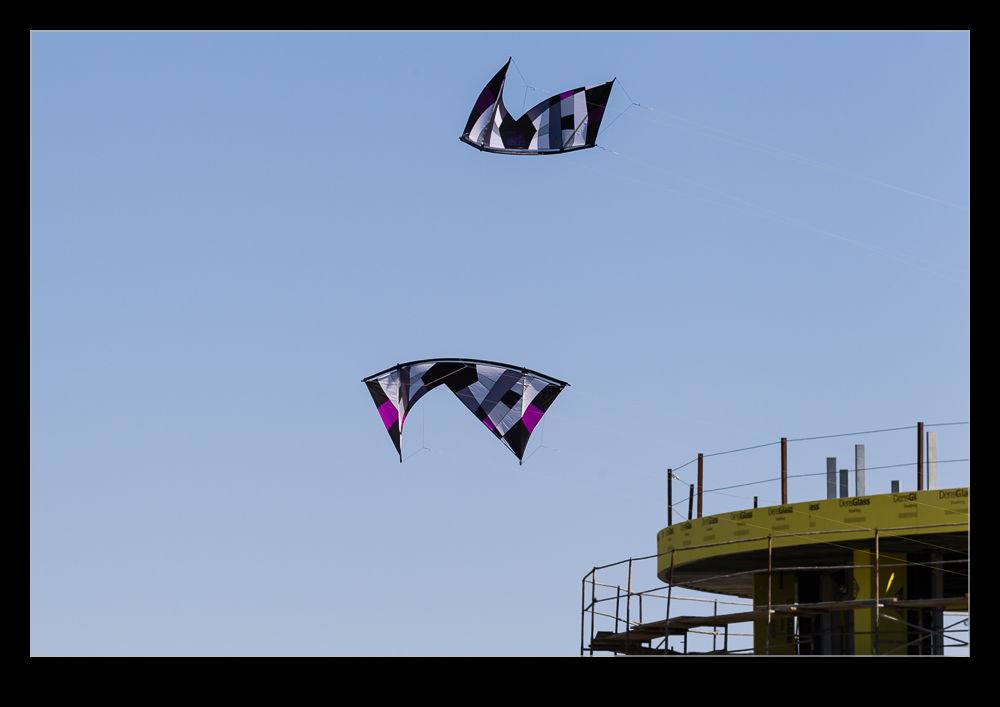