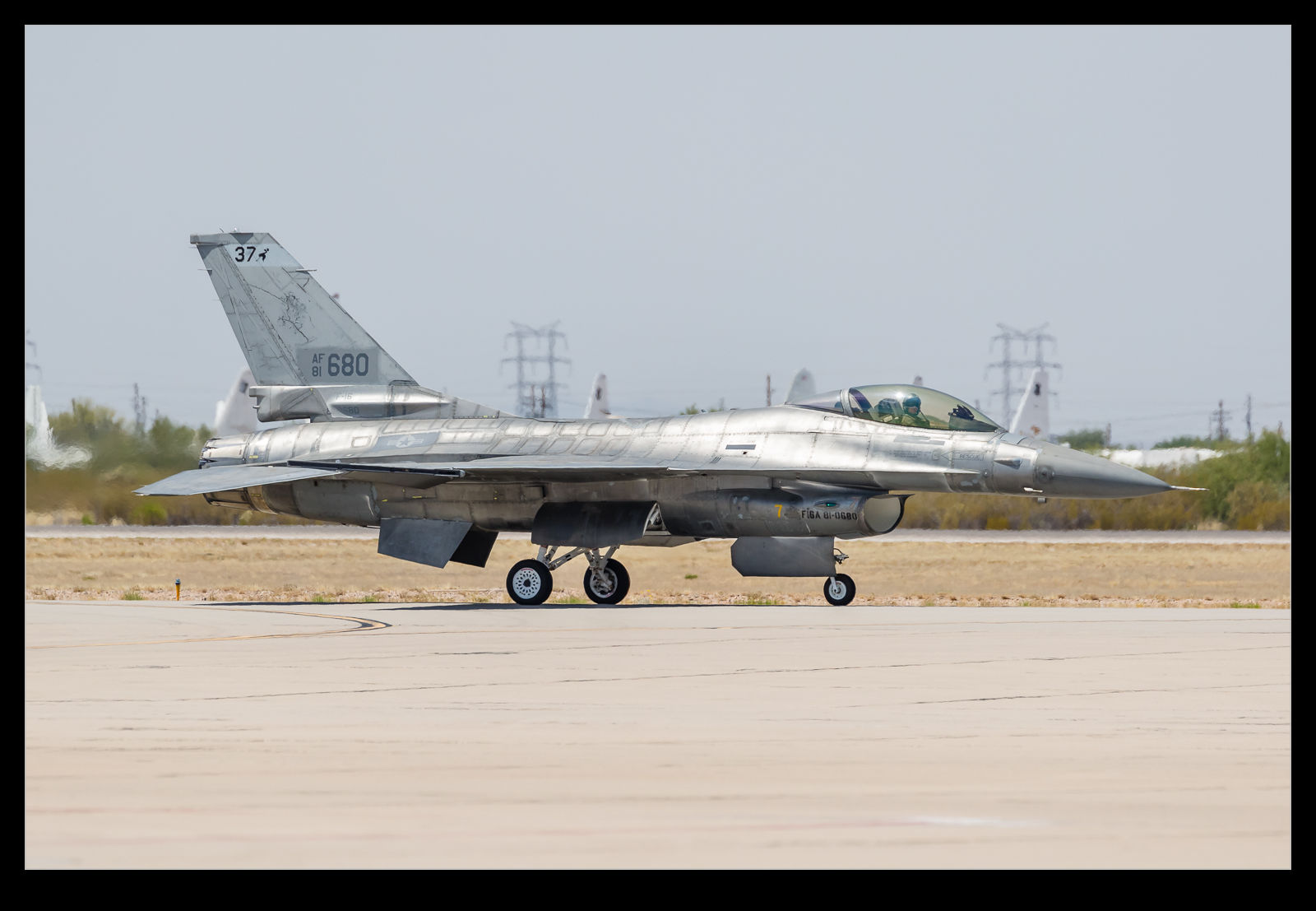 While we were out on the ramp at D-M, an F-16 taxied out for departure.  I was curious about the paint finish at first as it didn’t look like a normal F-16.  It was also short of markings.  Then it became apparent it was an ex-Italian Air Force jet.  I was advised that it was on a check flight prior to being sent off for the conversion to target aircraft.  I guess it has been on storage at AMARG and now is going off to modification followed by an uncertain future.  I wonder how long it will survive. 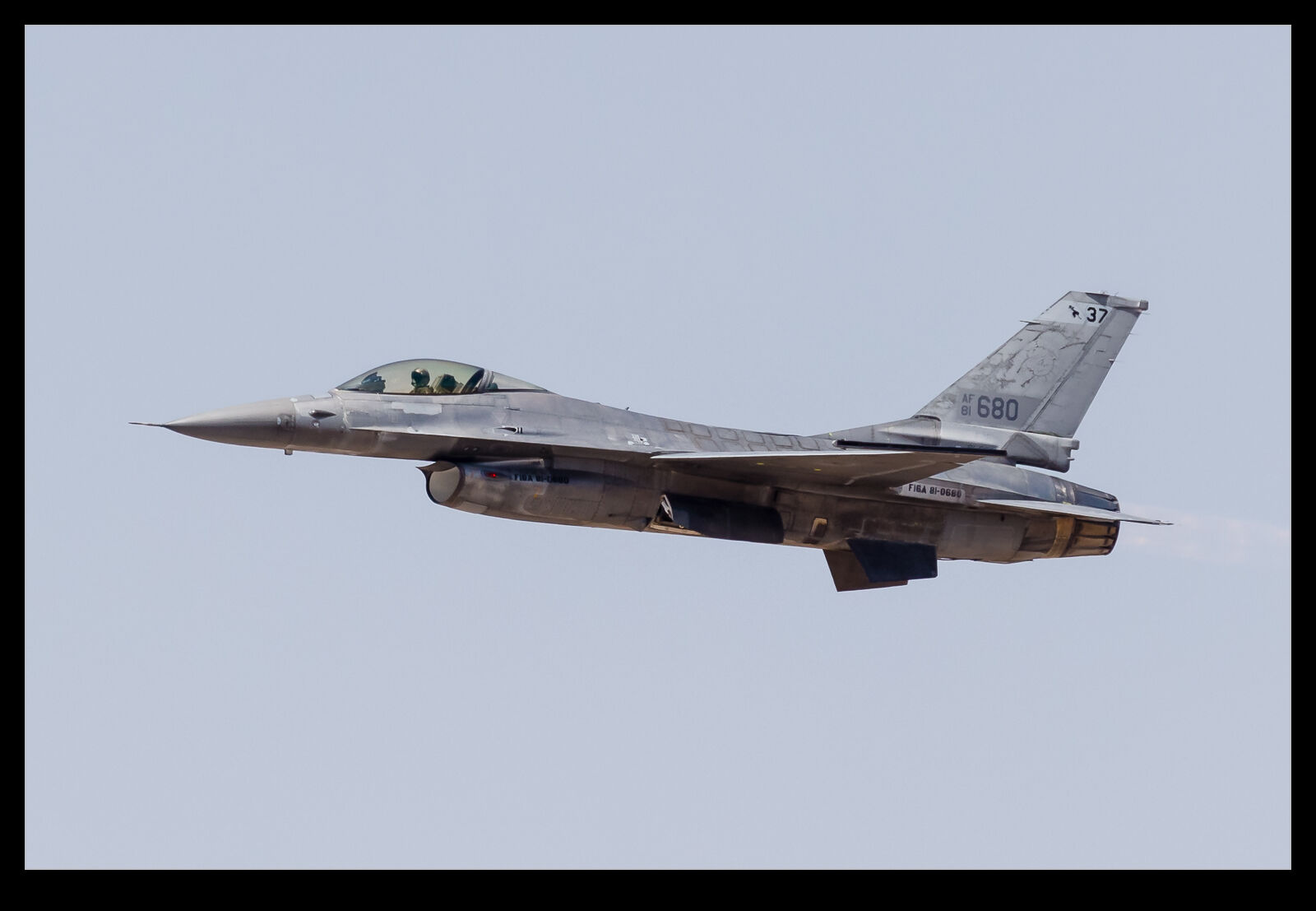