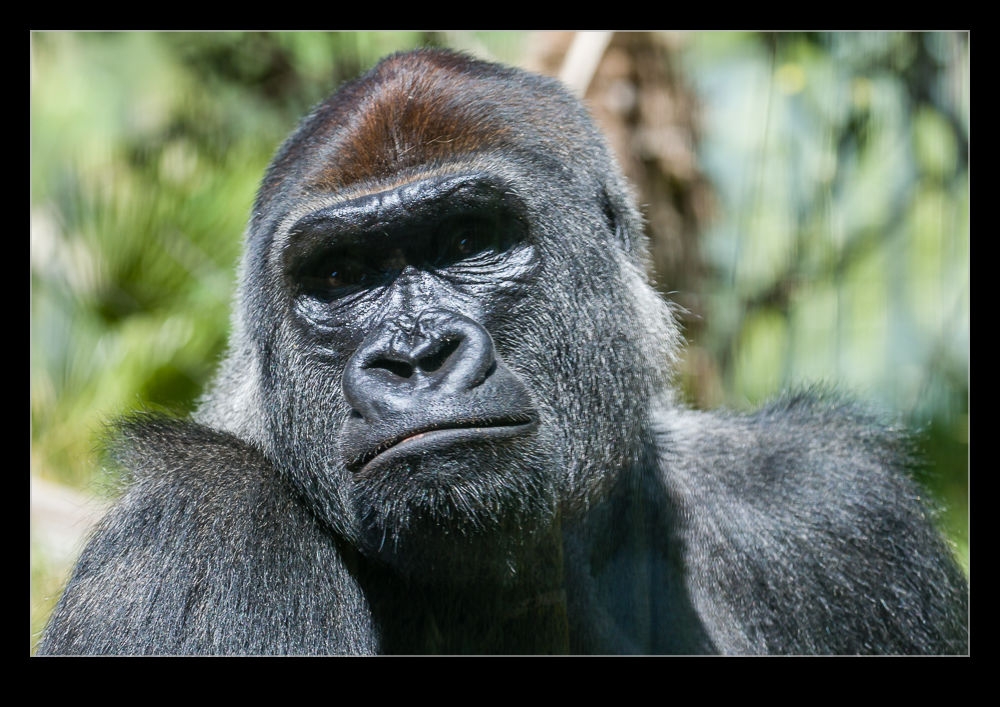 Go to any zoo and, if there is a gorilla enclosure, you will find a lot of people. I suspect there are many reasons why people like gorillas but the similarity they have to us is probably one of the big ones. The hierarchy of their groups is also interesting and so it proved to be while we were in San Diego. One male seemed to be testing how much of the enclosure he could control. He would sit quietly in one spot for a while and the other male would find a spot to hang out somewhere out of the way. 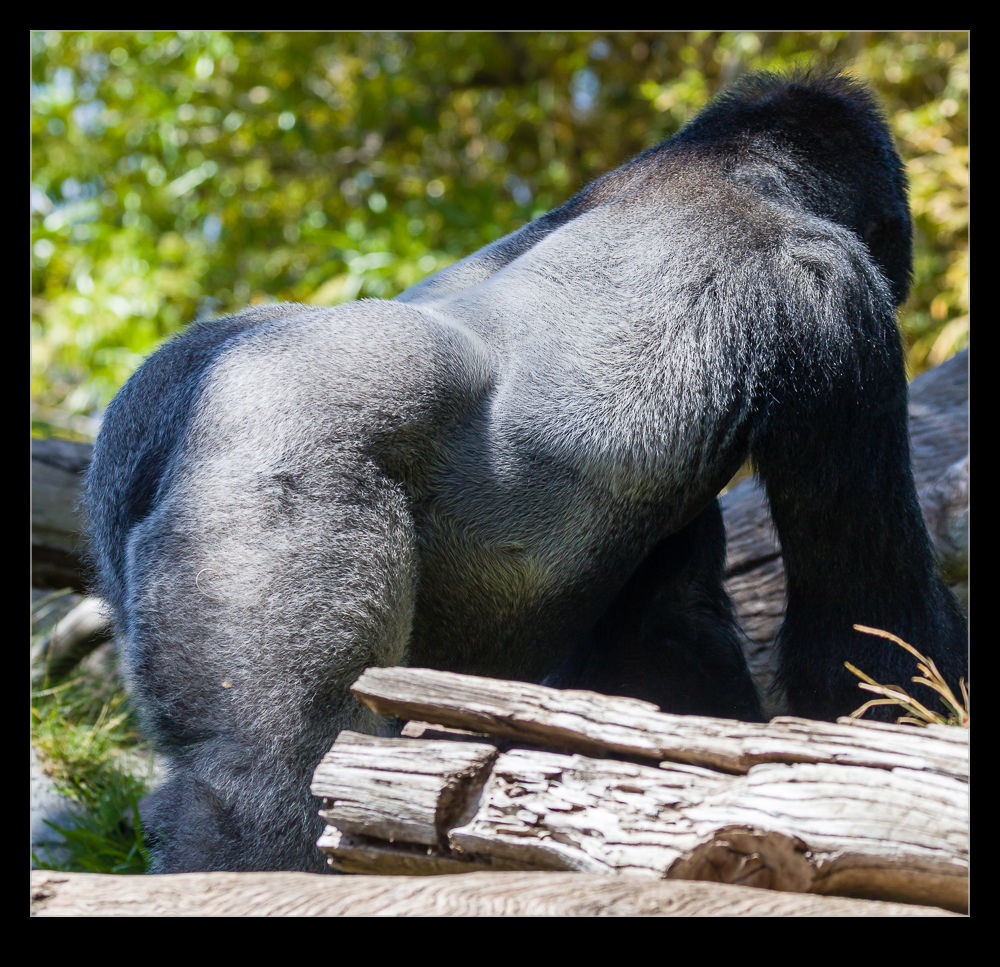 Then the prime would decide to move. Surprisingly enough, he would always go roughly where the other male was. He would make himself scarce. He might then sneak around the back in the diction of the spot the prime had previously been. I think you can guess what happened next. This game went on for quite a while – longer than I was prepared to watch it. 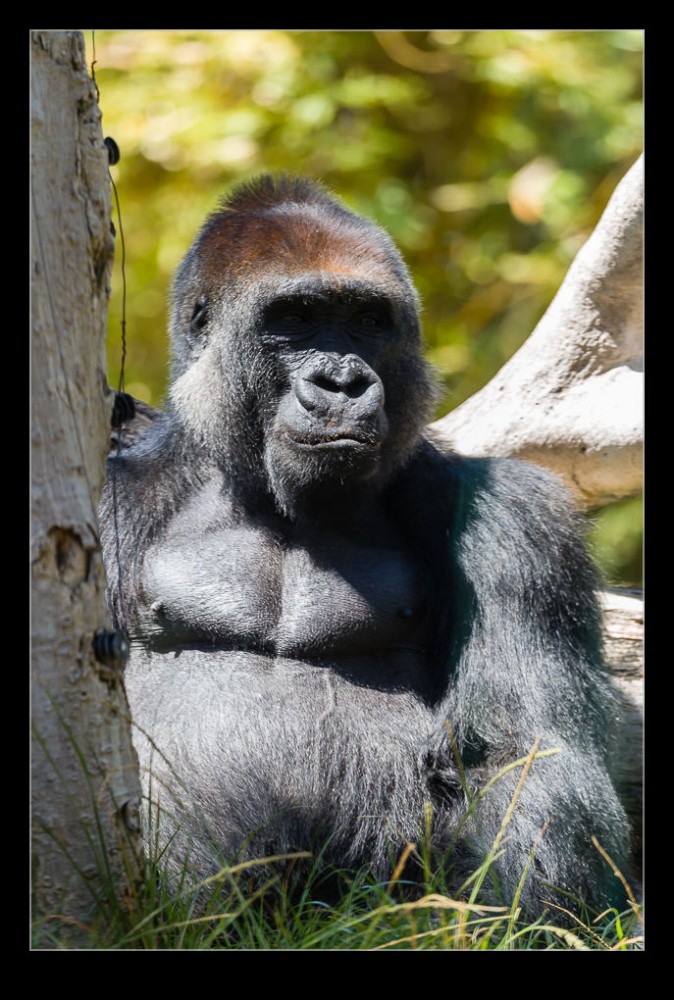 Needless to say, if you are looking for similarities between gorillas and humans, go for the intimidation and pettiness elements. You should see some close parallels. It is hard to see which one is more advanced in that case! 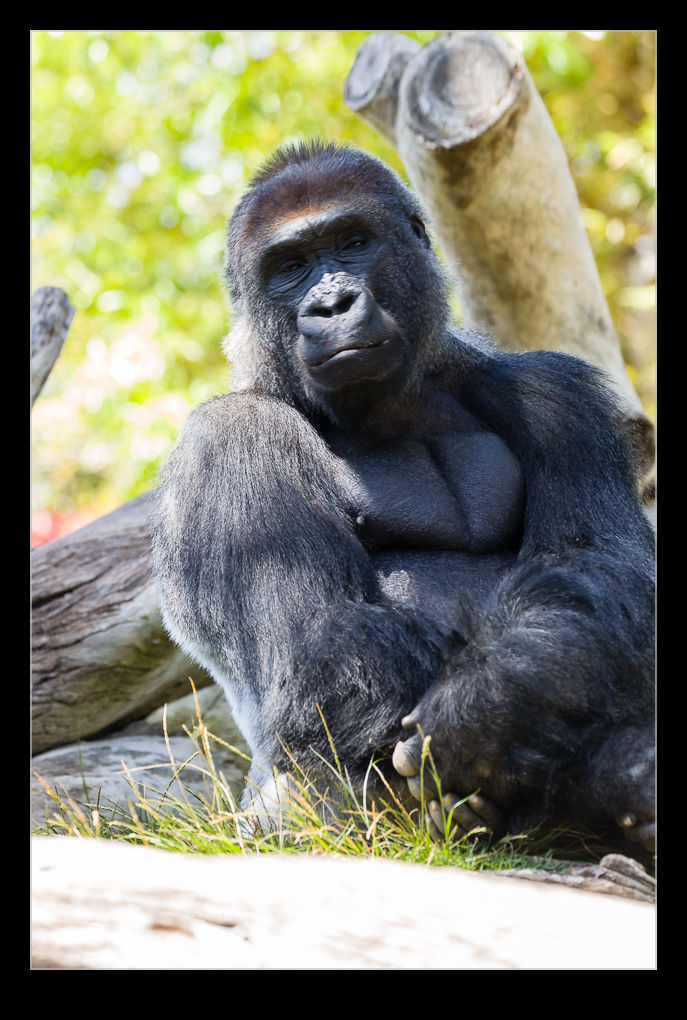