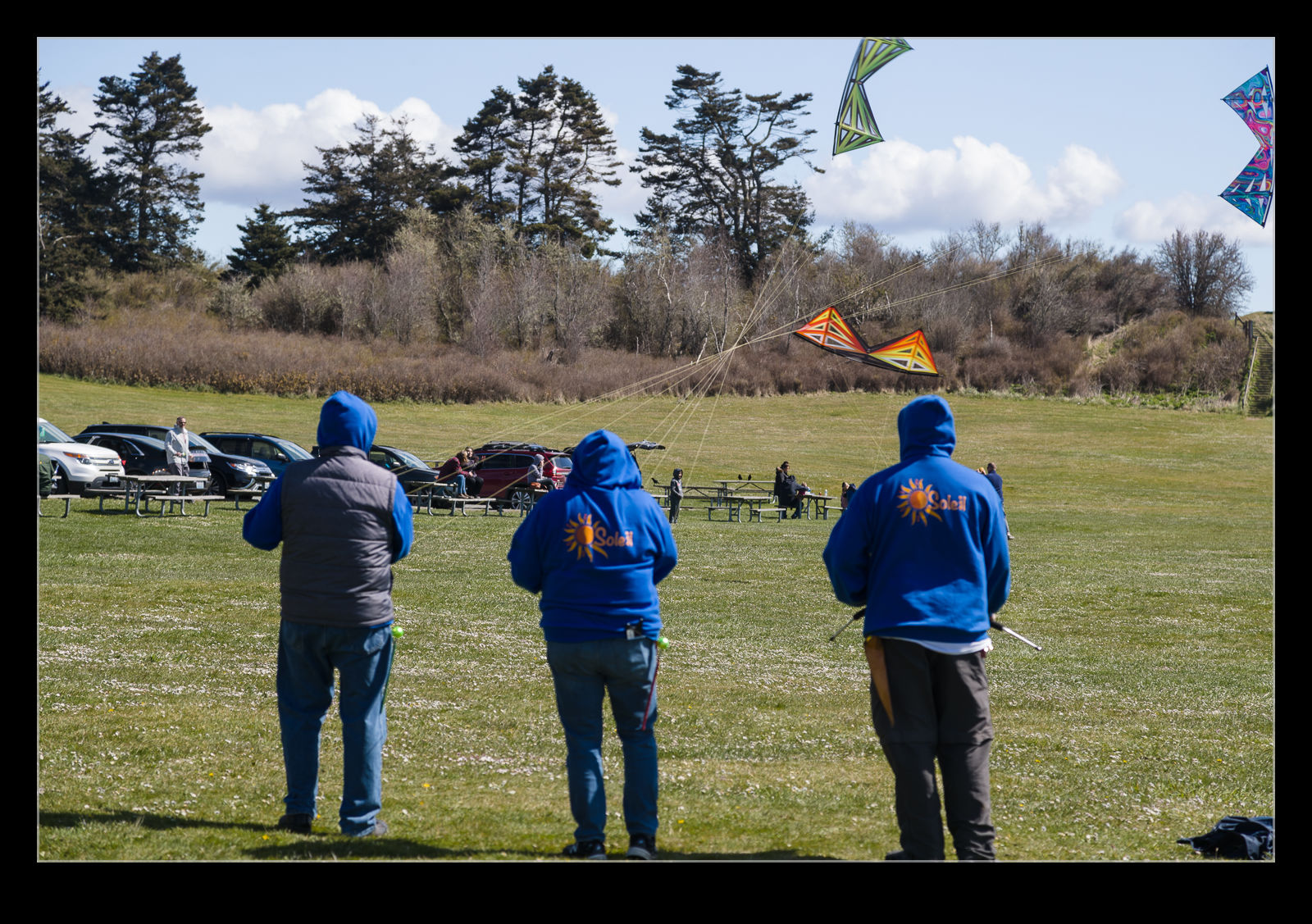 During a visit to Whidbey, we stopped off at Fort Casey to have some lunch.  After eating, we walked downtown the hill from the lighthouse towards the main fort area.  There was a ground of people flying kits on the grass down there.  They clearly were experienced flyers and were flying routines in formation.  There were three of them at first and they were very slick.  A fourth joined in but I think was less experienced than the others.  Even so, they were still doing a good job.

I got a few photos of them as they practiced.  However, stills are not so good a way to give the feeling of kite flying so I went with a little video too.  A little of the video is below.