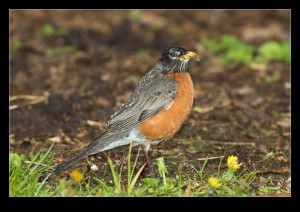 While hanging around up in Door County in Wisconsin, I have been taking a bunch of pictures of the local wildlife. Mainly a lot of birds in the vicinity of our hotel and that is always a fun challenge. To add to the challenge, one of the afternoons that we were back at the hotel, the weather closed in and it began to rain. There was a patch of grass outside our balcony that seemed to be a popular spot for some robins so I started taking some shots. 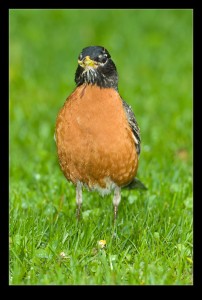 As you are probably aware, robins are quite bold creatures so, with a little patience, you can end up with them coming reasonably close in. However, with the light having faded fast as the weather deteriorated and the natural shade of the area, it was not looking good to get a good shot. I started out by bumping up the ISO but that was only helping so much and, without a tripod, I was still going to get mixed results.

At this point I decided to try something that everyone who shoots wildlife a lot probably does to some extent but that I had not tried before and that was using some flash to boost the excitement. I had no idea how much to use so experimented with a little extra FEC, then zero and 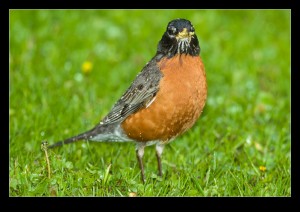 ultimately one stop under on FEC. The latter seemed to have the best results judging by the quick view on the back of the camera – always such a reliable indicator!

I was using the flashgun straight with no boost like a Better Beamer (if that is the right name) so it was a bit of a raw experiment but the results seemed to be be pretty pleasing so this is something I will have to think about further in due course.