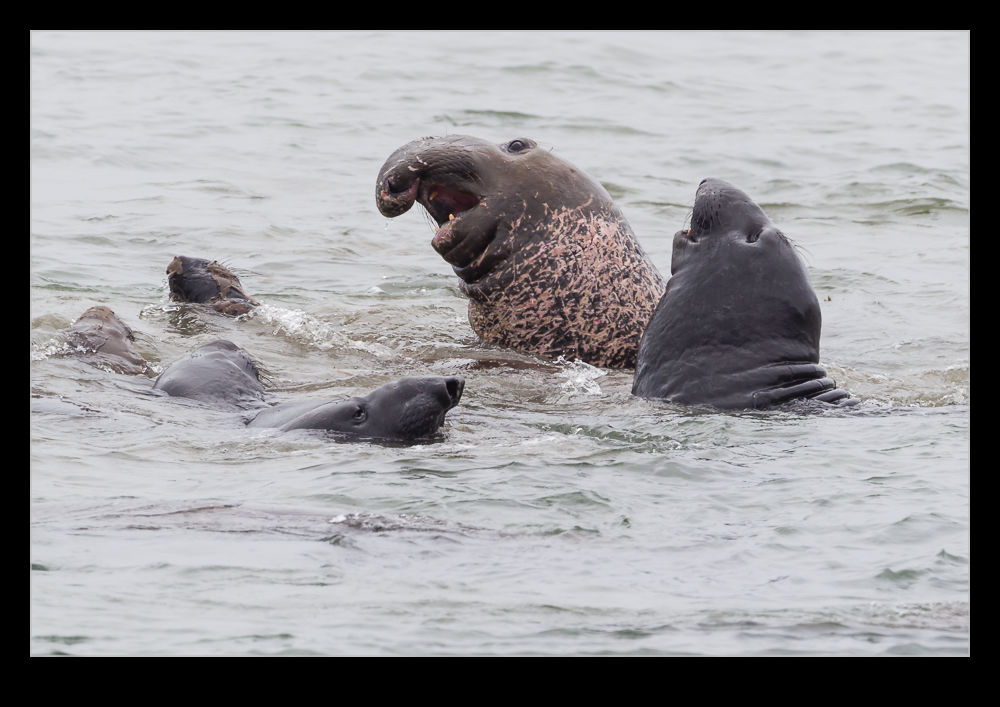 Earlier in the year, I took a trip to Ano Nuevo State Park to photograph the elephant seals. This was a photo tour early in the morning in the middle of the mating season and you can read more about it here. Nancy and I decided to make a second trip out there more recently. This was a normal day at the park but there were plenty of males back on the beaches including both immature ones and some of the larger guys. 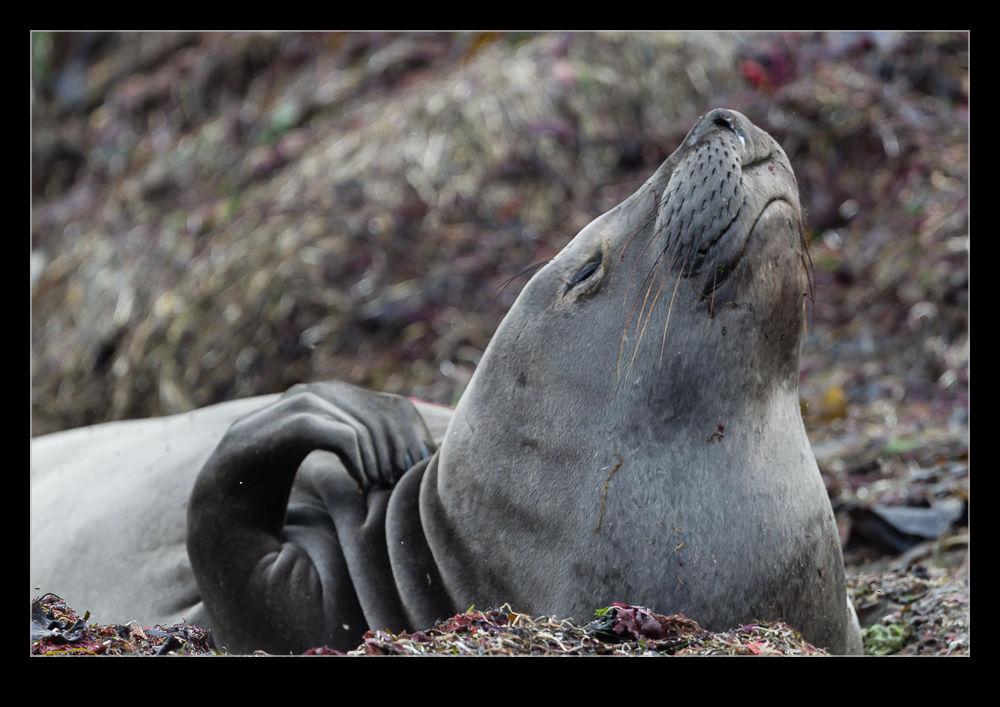 Most of the action was taking place on the beach furthest from the center. While a few seals were dozing on the beaches closer in, a lot had gathered to play. They were sparring both on the beach and in the water. Initially, it looked as if they were fighting but, as you watched further, it became clear that they were really going through the motions. Having seen the real fights, there was none of the true violence in these encounters. Moreover, one of the docents pointed out that males of very different stature were sparring with each other. The large males would never even bother to engage the smaller males if it were for real. However, in this environment, they were all just getting some practice in. 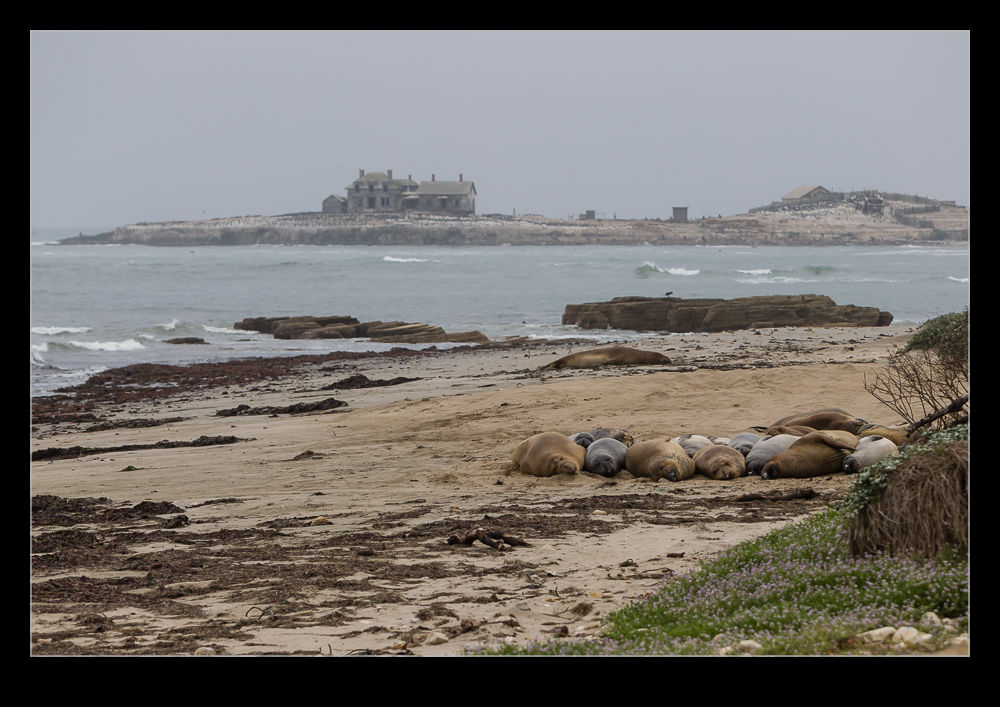 Out in the bay is an island that is no longer occupied by humans. I made a panorama of it but I was hoping to see some of the wildlife that is out there. At that time of year, Steller sea lions were out on the island. Sadly, they rarely come ashore but the males of this species are absolutely huge. We could actually see the outline of some of them out on the island. They looked like huge boulders but then you could make out their shape. Quite an impressive creature! I also shot some video while I was there and you can see the result of that below.