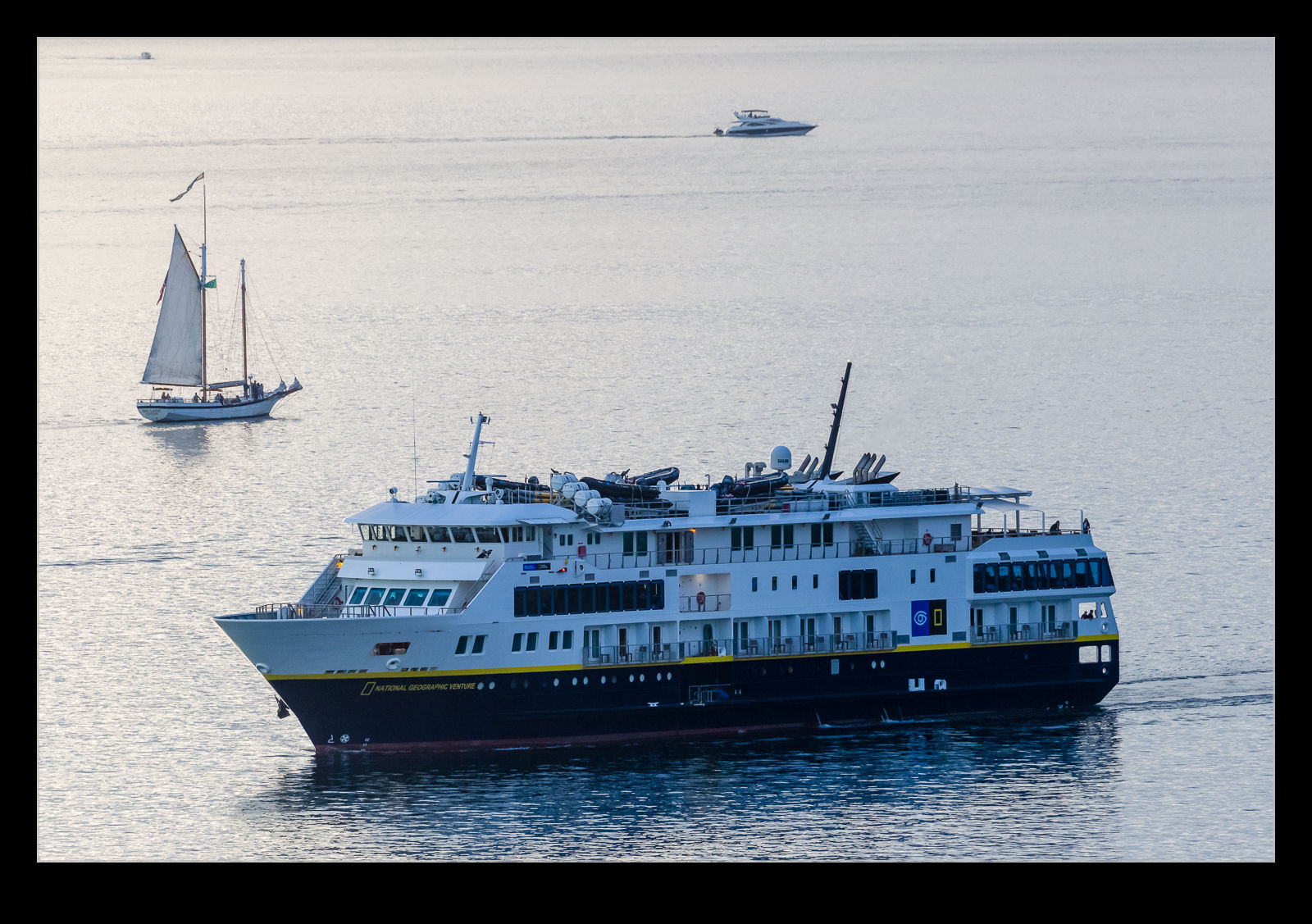 The cruise ships are back in Seattle.  A year of cruise travel didn’t happen while COVID was raging and no vaccinations were available.  Now they seem to have found a protocol to make cruises viable.  (Not something I would be trying but each to their own.)  When we were down in the city for a weekend, we got to the hotel shortly before one of the cruise ships sailed.  It belonged to the Norwegian cruise line and was a huge thing.  It was not an elegant looking ship but it clearly had plenty of capacity. 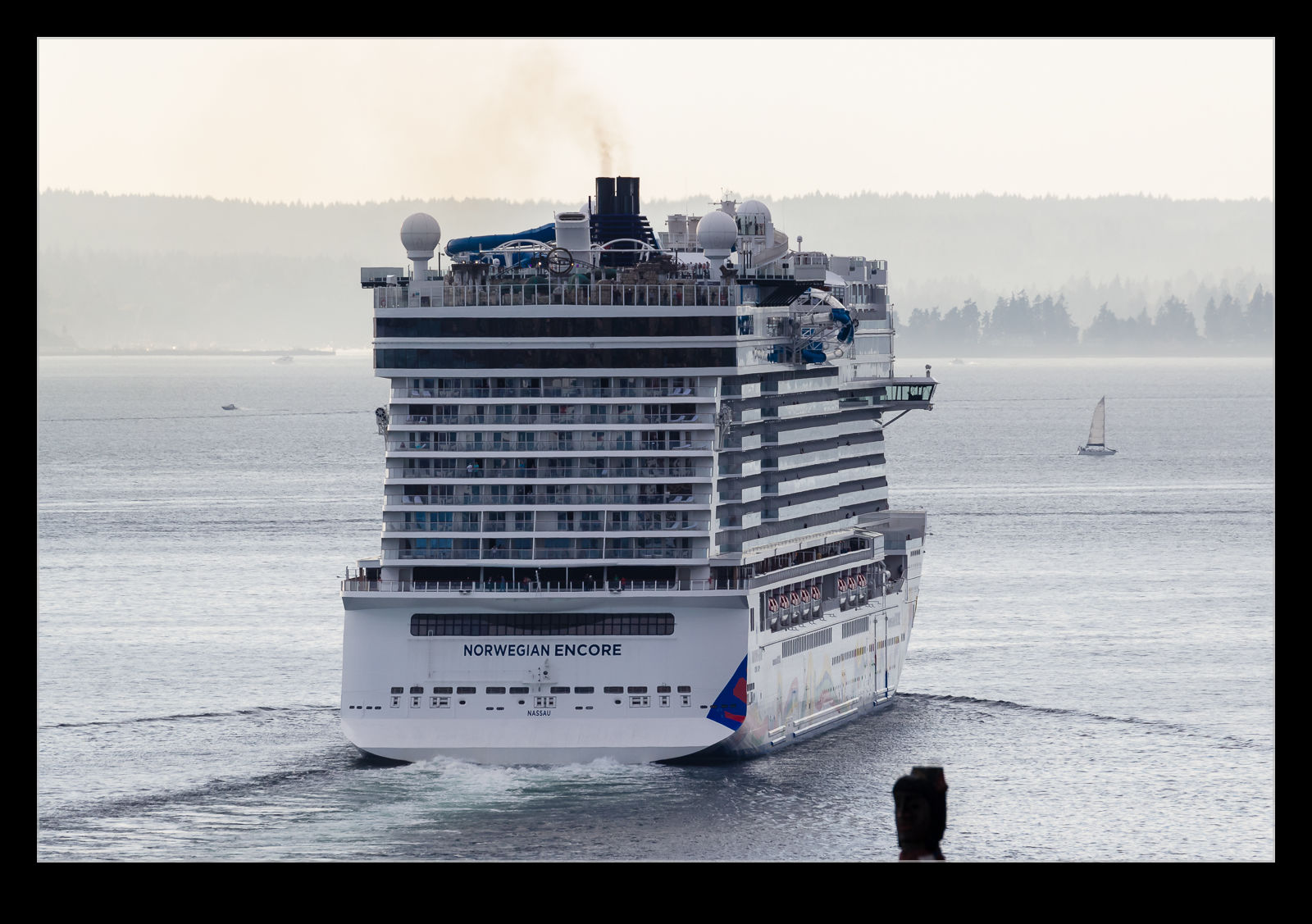 It sailed off on its trip – presumably towards Alaska – and a little while later the other end of the cruise ship spectrum showed up.  The National Geographic Venture is not a traditional cruise ship.  They have small vessels that are able to make more specialized trips into restricted spaces that the large cruise ships could never get to.  We have looked at their cruises to Alaska as something that we might want to do at some point.  The season is over for them now so it was not clear what the boat was up to but it couldn’t have looked more different than the Norwegian ship.