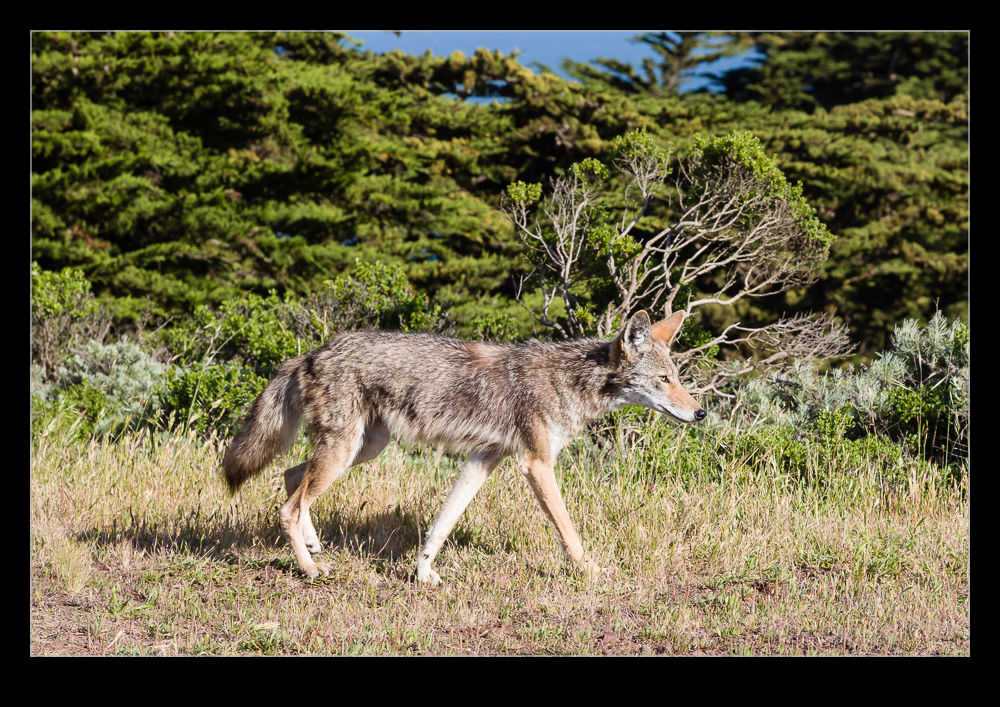 A drive along the Marin headlands was about to come to an end when we spotted something unexpected. I was about to turn off on the road back towards to freeway when we saw a coyote strolling along the side of the road. A quick reverse and turn onto the other piece of road and we followed him. Interestingly, he seemed totally uninterested in us. We followed him along the road and he went where he felt and did not seem to care about the car following him. Eventually, he hopped off the road and on to the grass. This gave me an opportunity to get alongside him and get some shots that weren’t through the windshield. 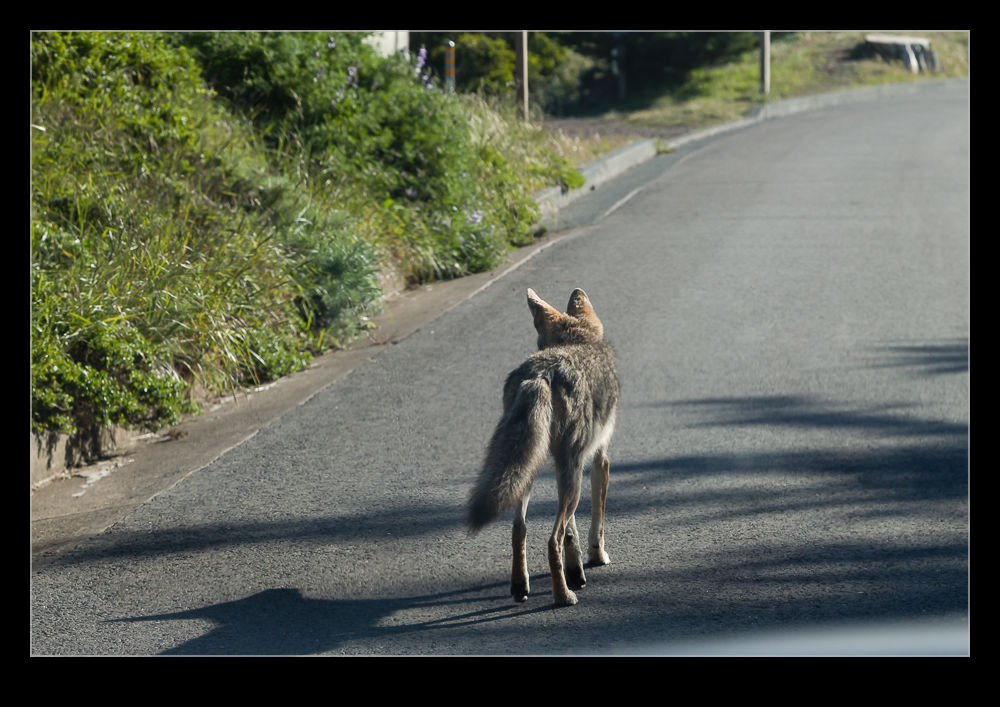 We watched him for a while and a few cars came up behind us. At first, you could see that they wondered why we were stopped until they saw the coyote at which point they, too, stopped what they were doing and watched him. We stayed for a short while and then decided to leave the guy in peace. I suspect that didn’t really work out since it only gave the people behind us an opportunity to pull up closer. I guess we did them a favor instead. 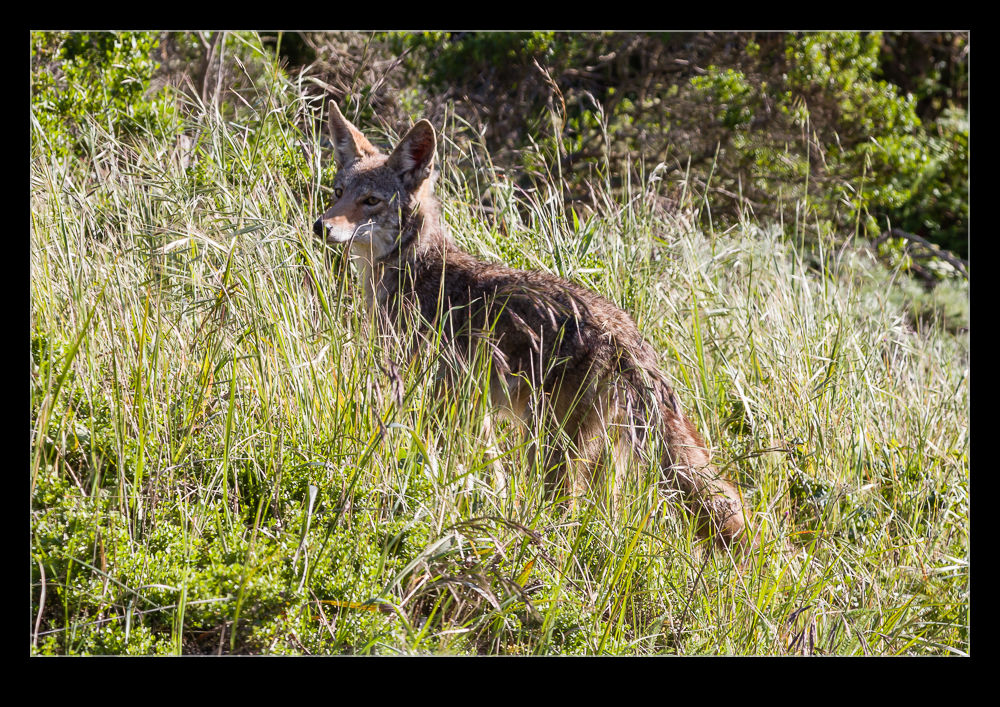 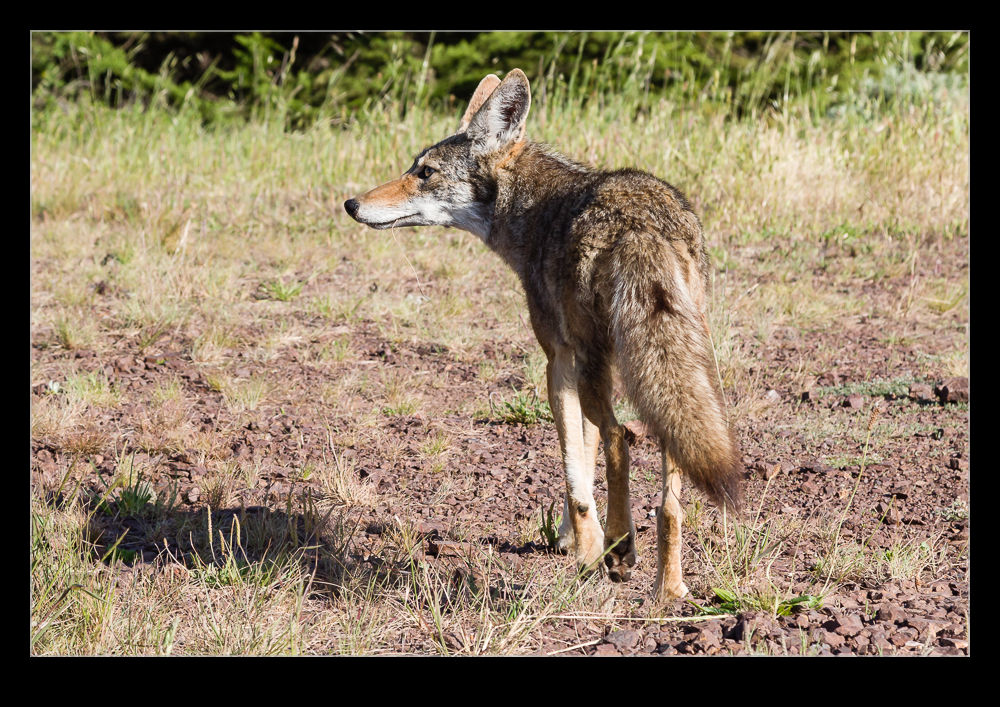