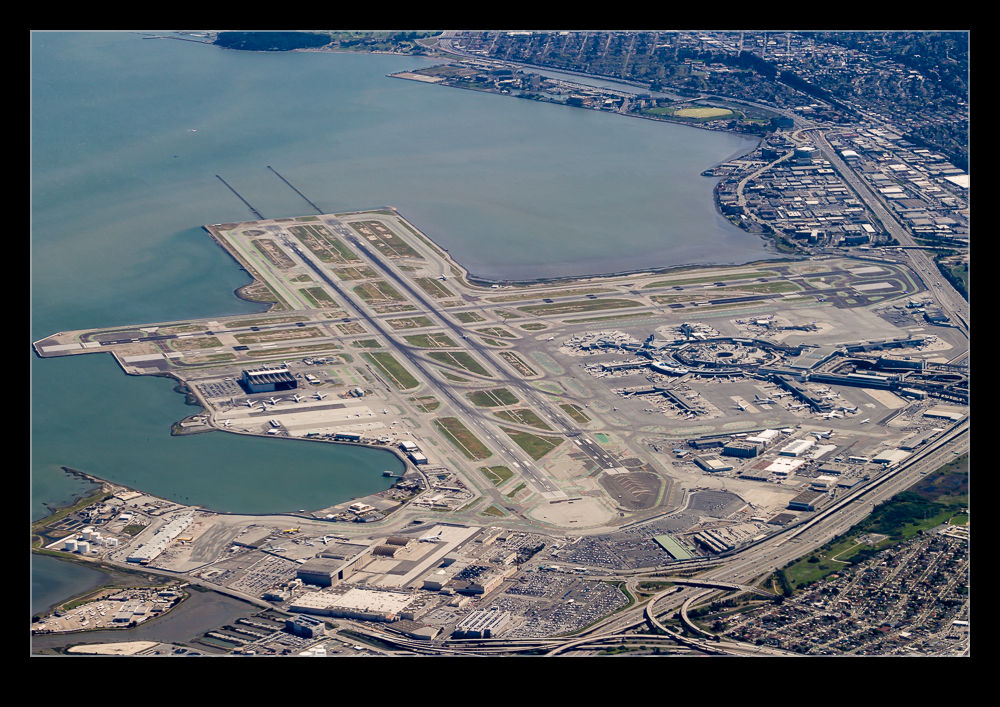 This blog has had plenty of pictures that have been taken at SFO. Most of them have been of the planes flying into and out of the airport. Not many have been of the airport itself. If you find yourself on the left side of a plane out of Oakland heading south, you will get a pretty good view of the airport on the other side of the bay as you climb out. That includes a view along the departure runways as you head towards the city and then a turn that takes you close to over the top. 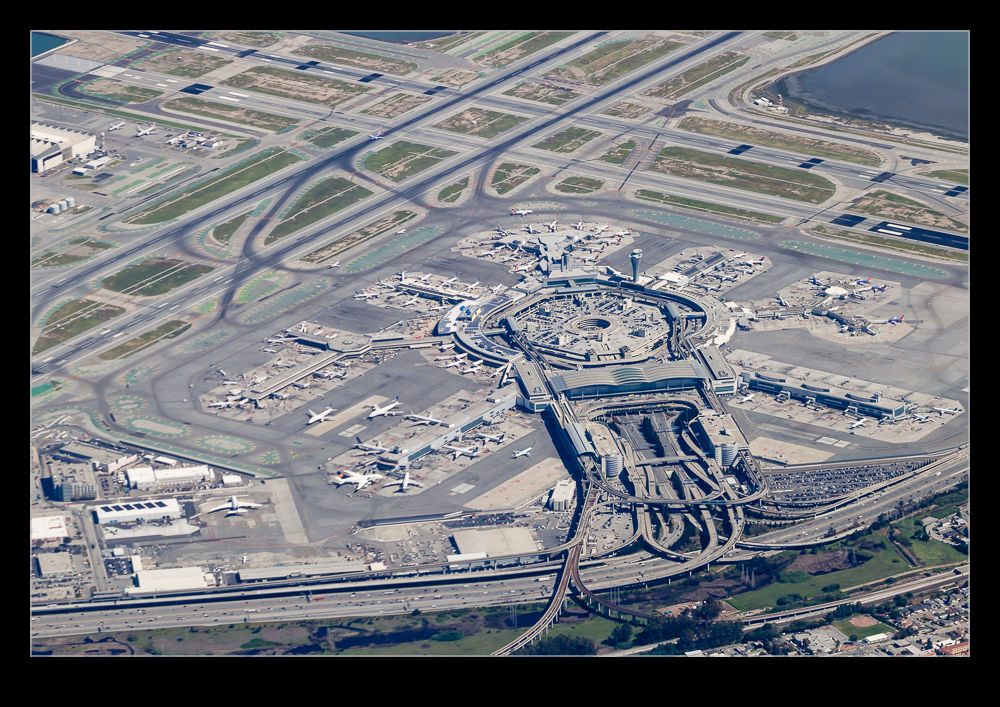 You climb quickly so start to end up a bit high for good shots but it still is a pretty neat view. The aircraft windows provide their usual problems but moving the camera around gets a better chance of a reasonable shot. I also have been experimenting with using a smaller aperture. I used to think shooting wide open would be best to avoid showing the scratches and any other blemishes on the windows. However, since the distortion in the windows is quite variable, shooting with a narrower aperture might restrict the light to a smaller part of the window and increase the chances of getting the clear area for the whole shot. Who knows? Individual aircraft vary so much, it is hard to tell at this point. 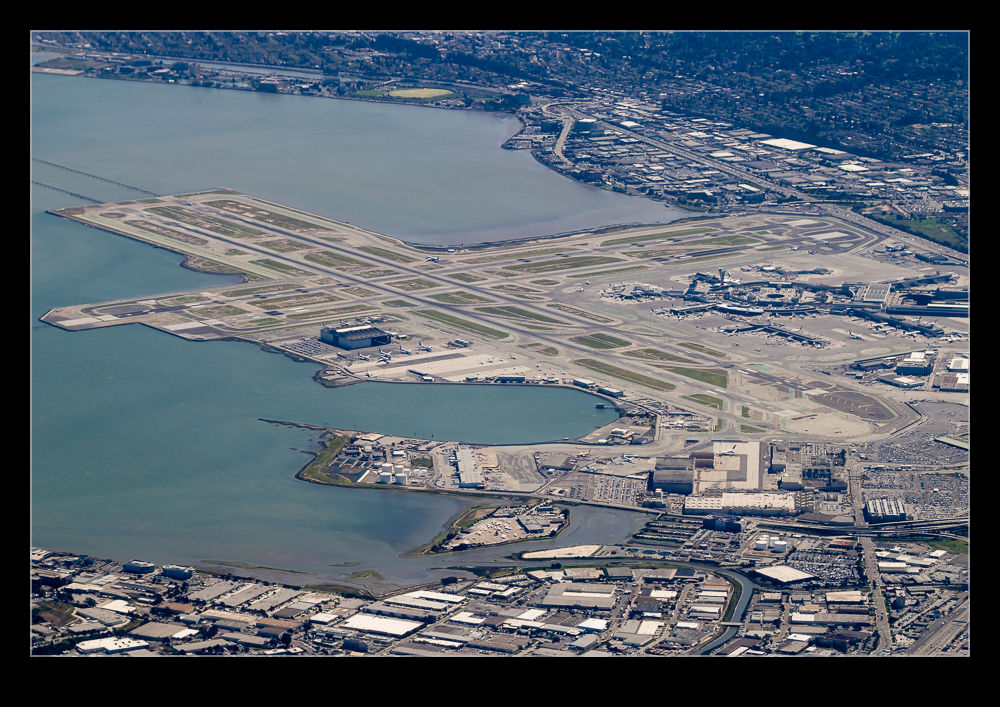 It would have been cool to have more traffic at SFO as we flew over but the planes were pretty small anyway so that may not have made any difference in the end. 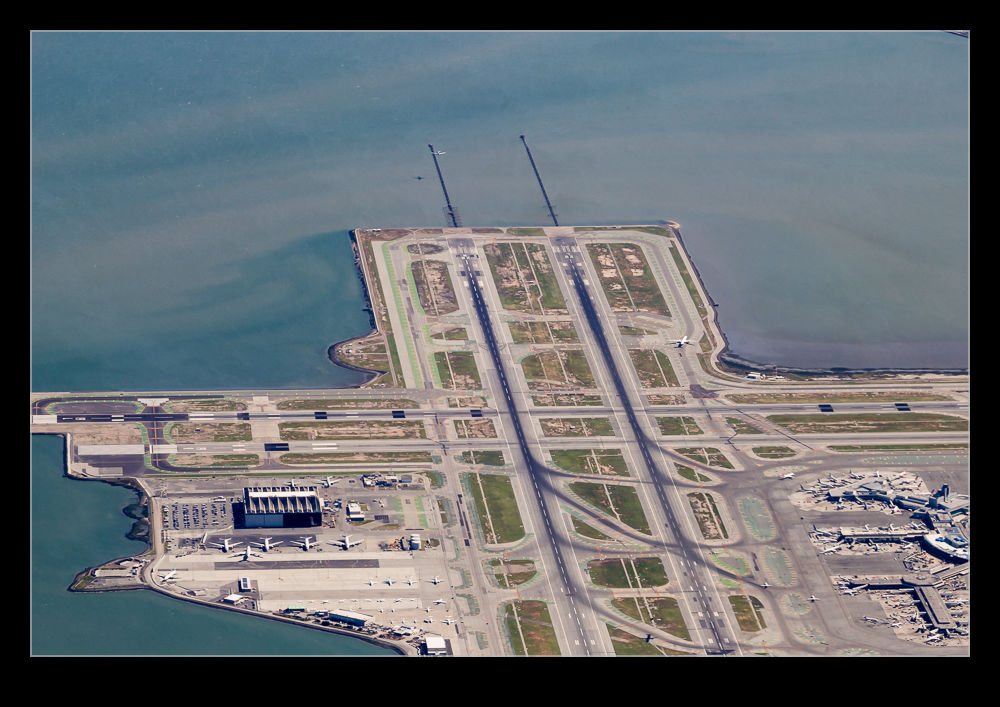 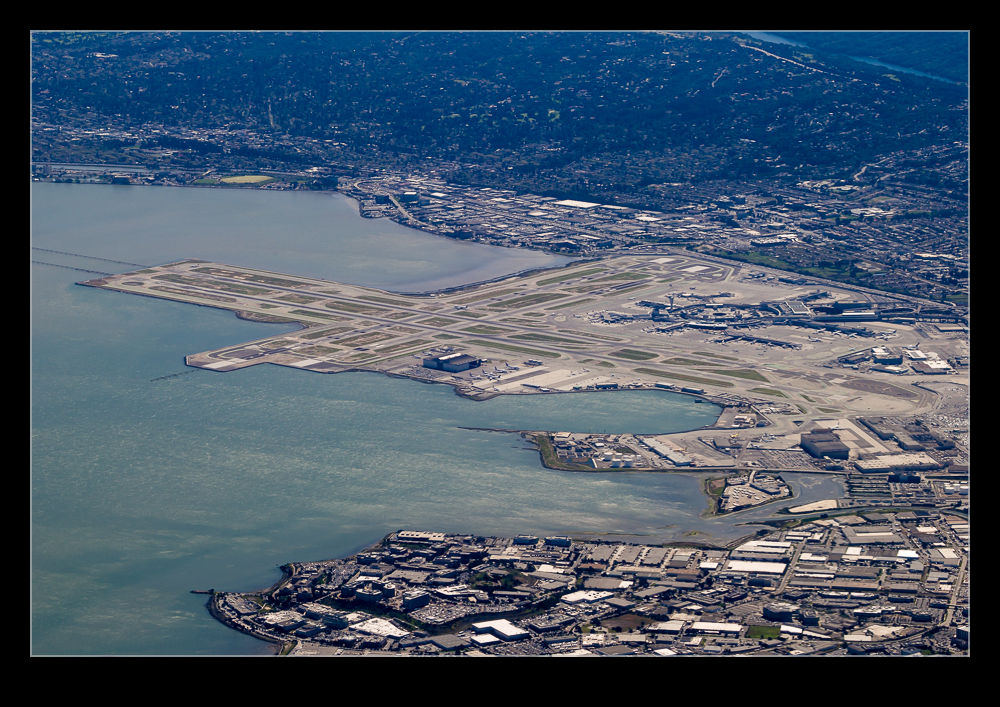 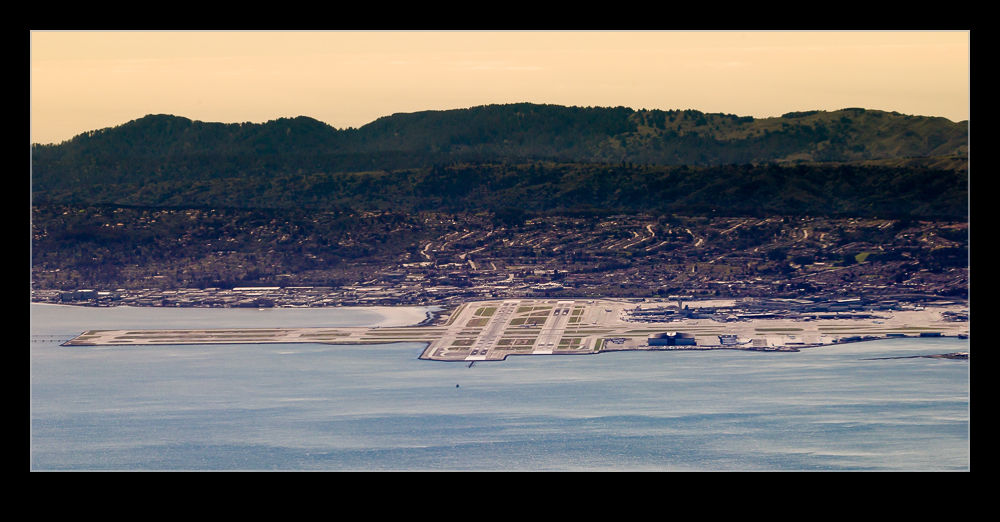