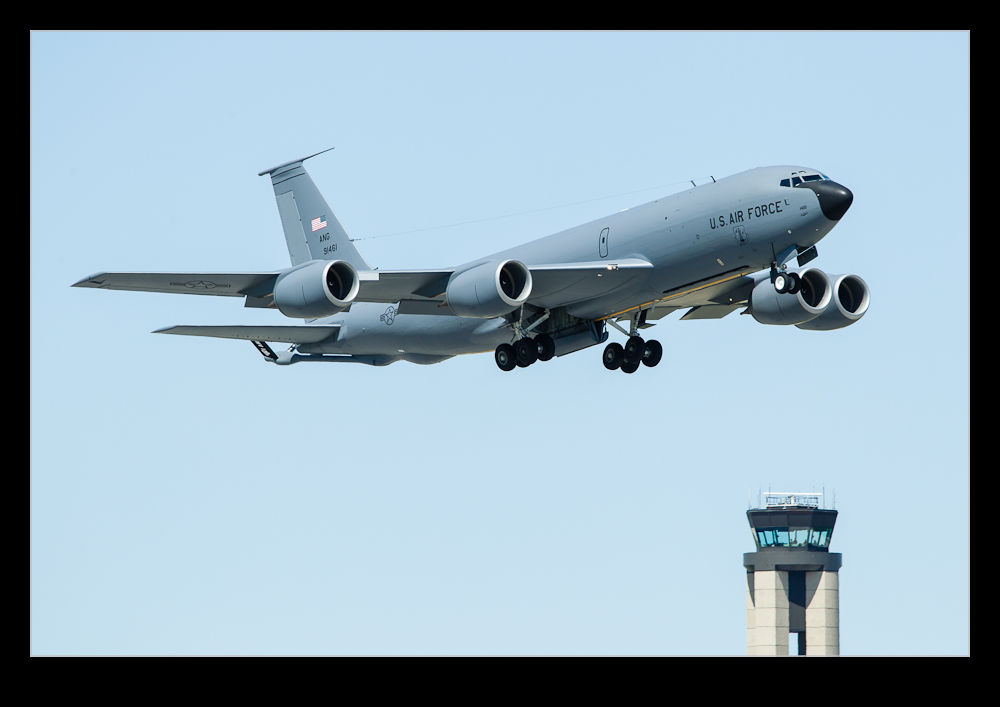 A short drive north of Chicago is Milwaukee.  The main airport at Milwaukee is General Mitchell International and, aside from the commercial services that operate there, the Wisconsin Air National Guard also has a unit based on the field.  It has a fleet of KC-135 tankers operated by the 128 Aerial Refueling Wing.  Periodically, they have an open house  and I went up to the recent event. 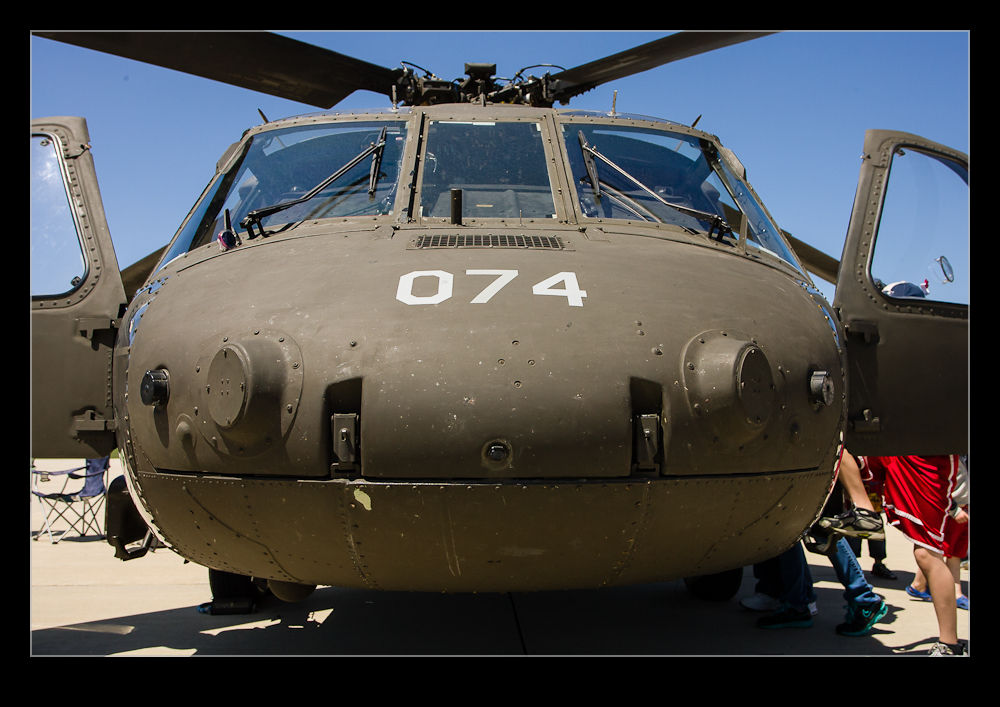 This is not an air show.  The field remains open and normal flight operations continue.  However, the ANG unit takes the chance to show off what they do to the local community and let them know what is going on with their tax dollars.  They also invite others to bring aircraft in to give the visitors a variety of things to see.  These visitors include aircraft from other Air Force units, a helicopter from the army and a variety of vintage aircraft, many from the local area. 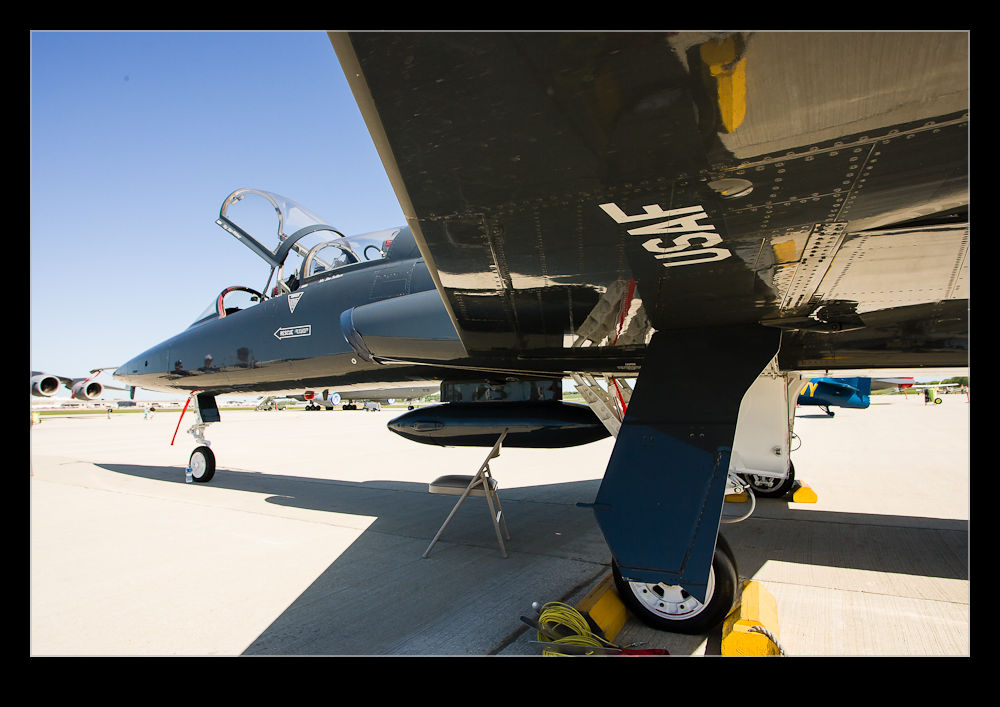 The event took place over two days of the weekend.  The Sunday looked better from a weather perspective so that is the day I went for.  It proved to be a good choice with plenty of sun but temperatures staying very comfortable.  What I didn’t appreciate was the additional benefit of it being Mother’s Day.  I got their early for the better light but most people were spending time showing their mothers that they love them.  Since I am 4,000 miles from my mum, a personal visit was a little impractical!  It did make for a quiet ramp for quite a while though. 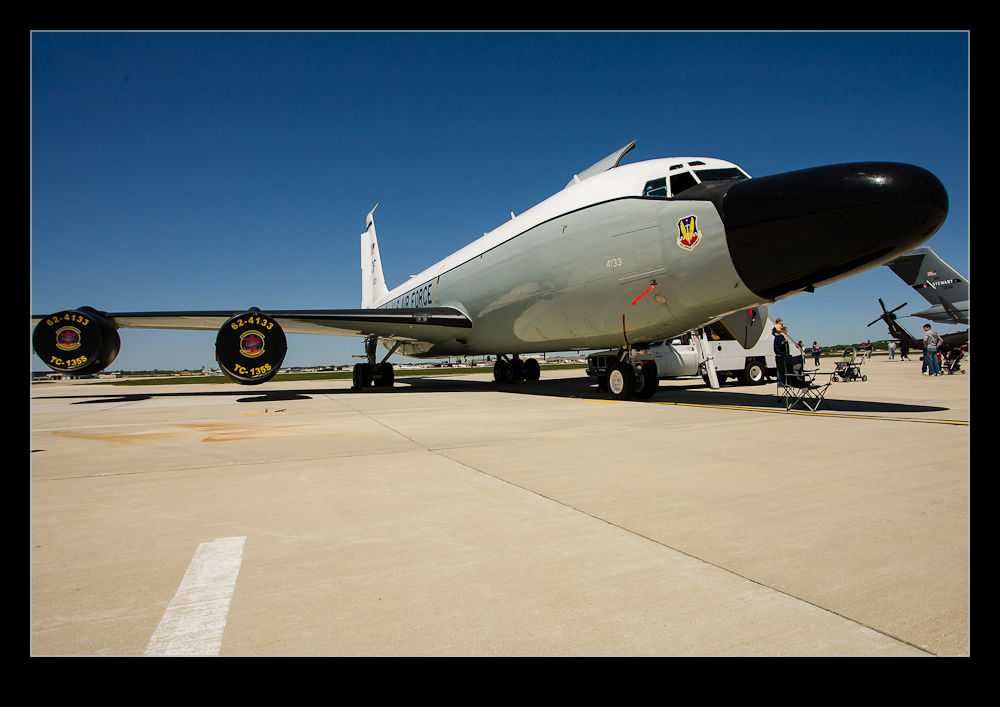 As the day progressed, plenty more people showed up and they probably achieved their goals for sharing with the local community.  I got to chat with a number of interesting people and, since it was quiet, was able to have more than a passing conversation.  I also met a few people who might be interested in some follow up work for the magazine so the trip was productive as well as fun. 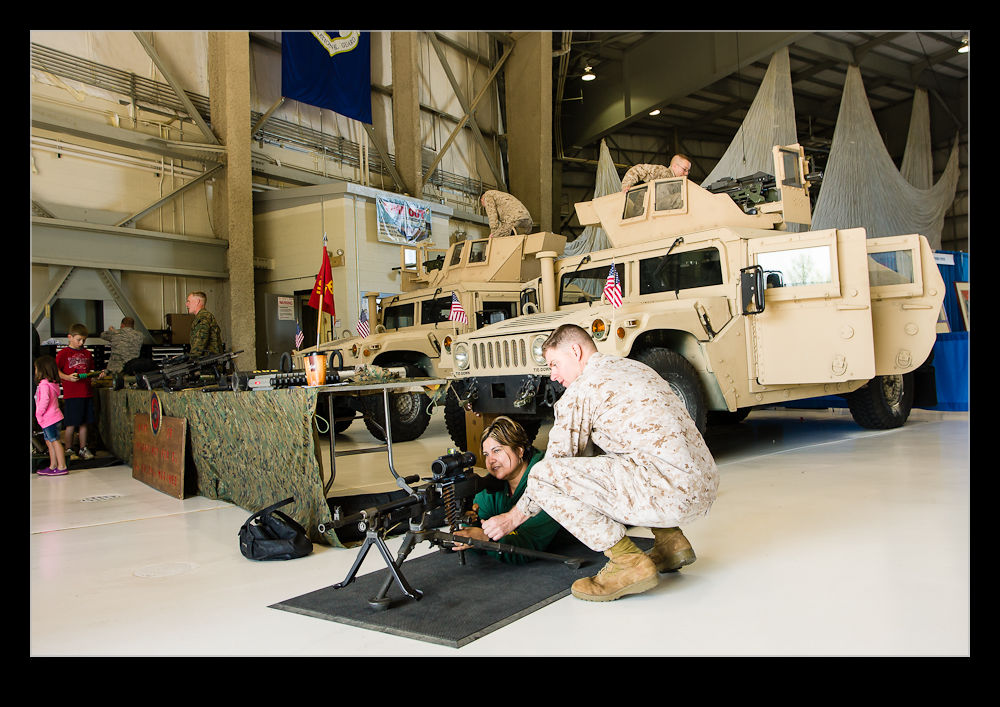 I got a few shots of airliners as well as the aircraft on the ramp.  We were also lucky that one of the based KC-135s launched on a mission while I was there so a shot of that flying helped out a lot.  Since it isn’t an air show, that was a nice extra!  I hope to get back up to the unit in due course and find out more about them and maybe put together a more detailed piece on their history and operations. 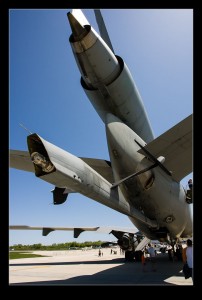