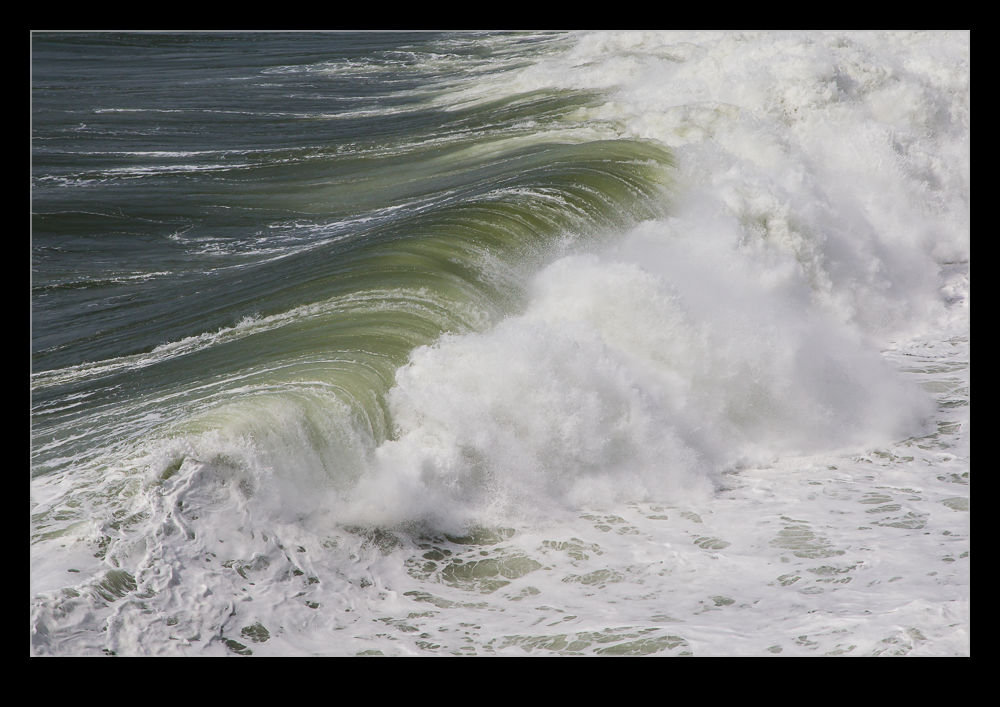 There is a shot that I am on a quest to get right one day.  I don’t know whether it is from growing up by the sea or not but I can sit and watch waves crashing ashore for a very long time without getting bored.  One thing I particularly like is the way a wave that is just starting to break has a smooth shape to the top and backside that, as the light comes in from the front of the wave, glows a green color. 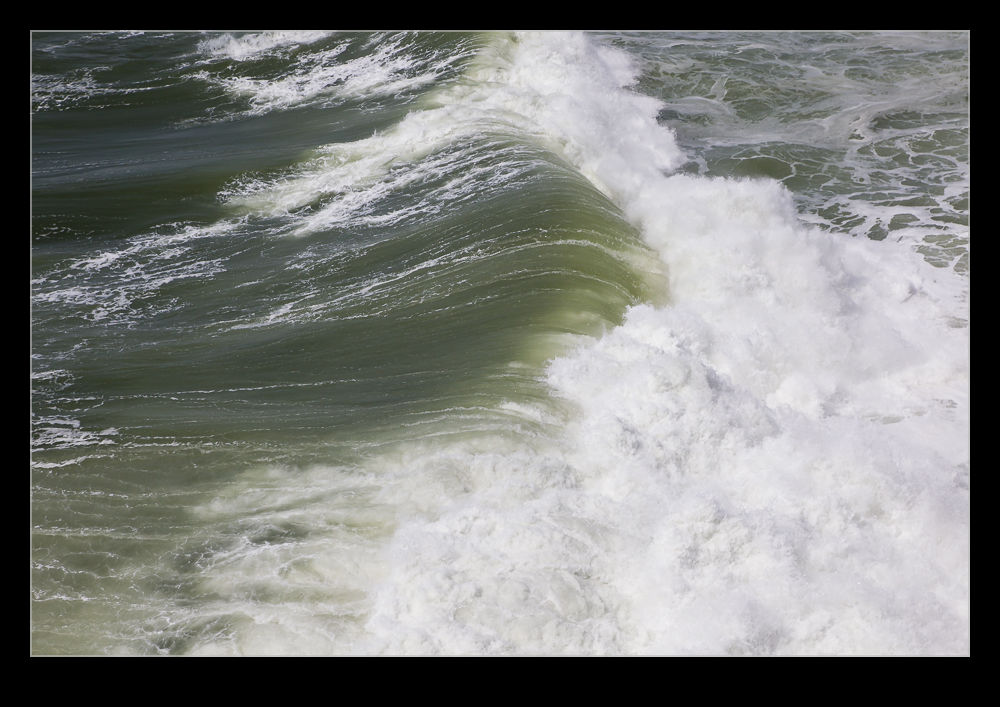 This appears for a brief time and then quickly disappears as the wave collapses in on itself.  The smoothness and the color contract with the normal appearance of the sea and the waves and maybe this is what I like so much.  I was down on the Pacific coast a few weeks back and the waves were pretty good with quite a swell coming in.  The green glow was showing up a lot but this time I actually manged to catch some of it before it went away. 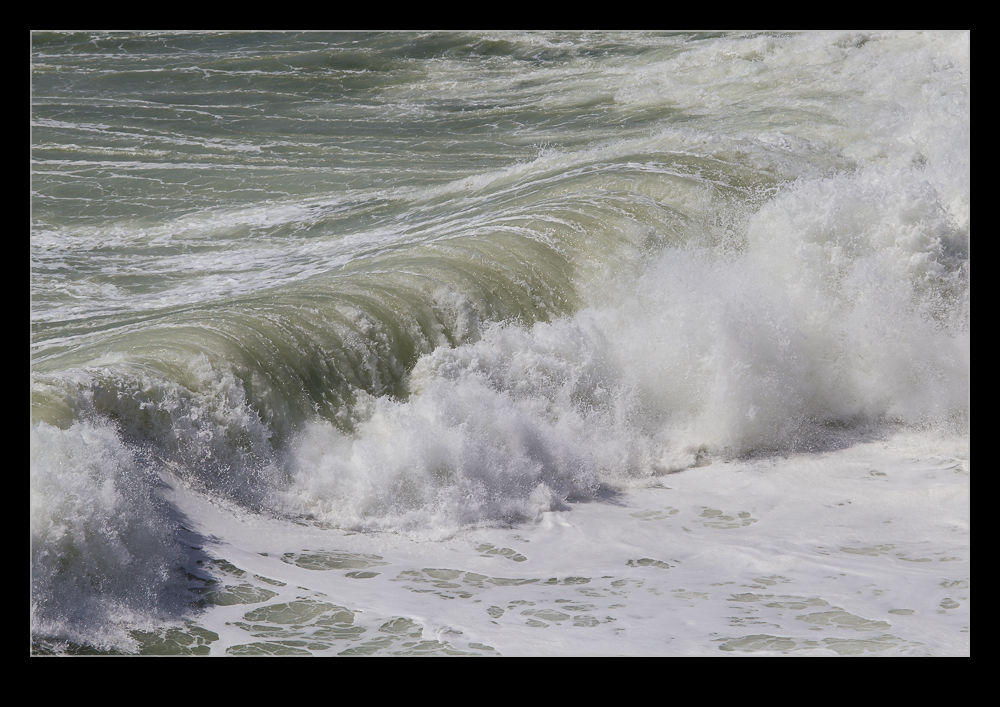 It still doesn’t replicate the image I have in my head from watching the waves but it is a lot closer than I have managed before.  I will keep working on it so, if I get something better, don’t be surprised if it shows up here.  The one below is from head on so doesn’t show the effect but it does give an idea of what it looks like from underneath. 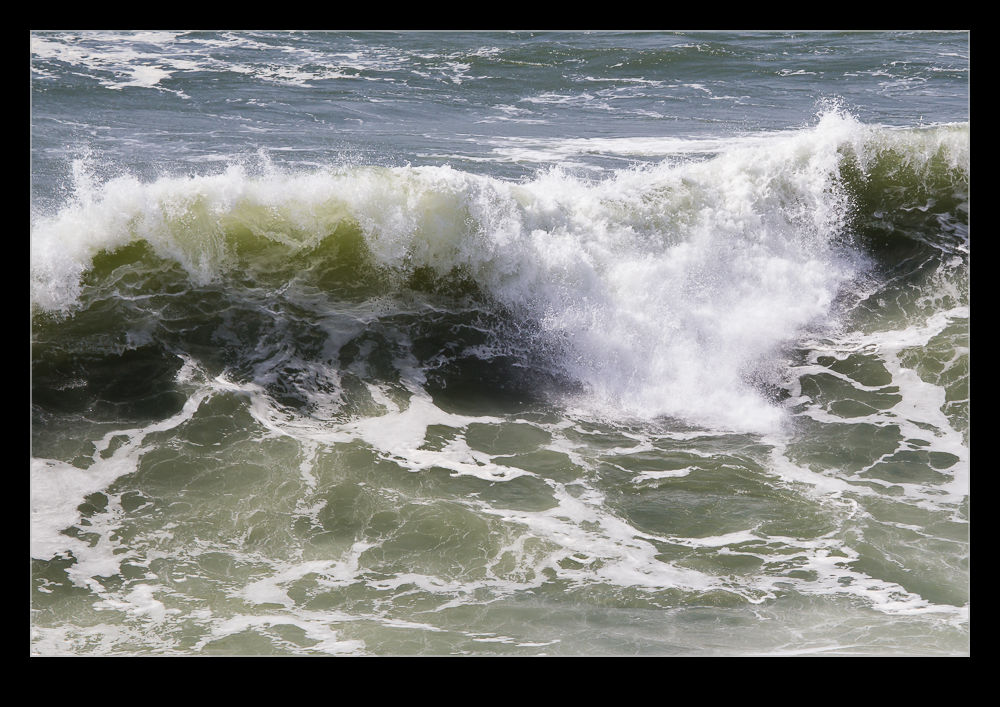