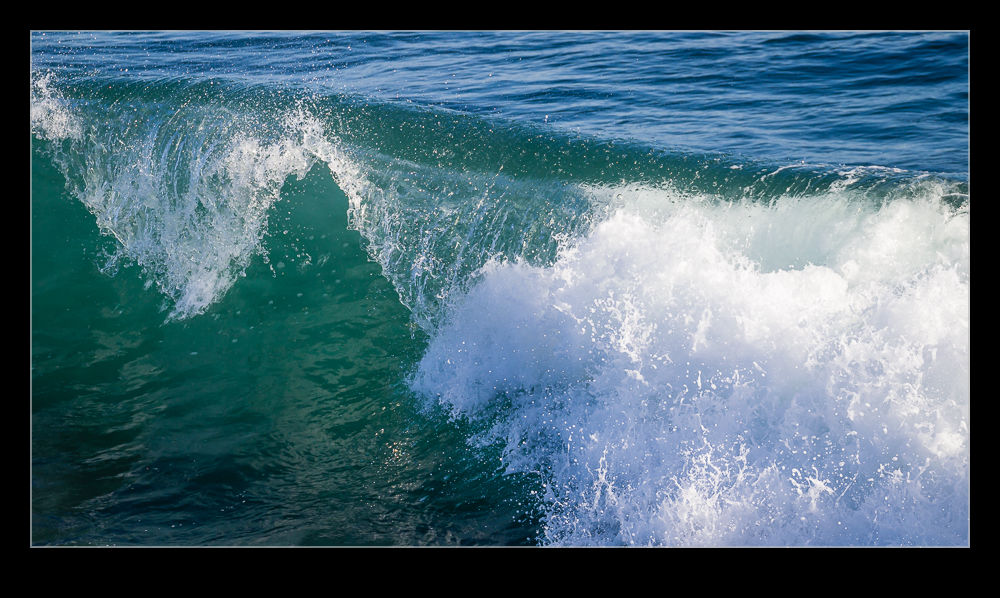 While watching the surfers at Santa Cruz, I also was watching the waves. Photographing waves is immensely frustrating. You see a wave do something really cool and want to get a picture of that. However, the waves never do the same thing twice so you are constantly frustrated. However, I did focus on two aspects of the waves while there. The sun angle was behind the waves so, as they started to break, the light would shine through from behind making a lovely green color light up the water. I find this really attractive and often look for it while watching the sea. 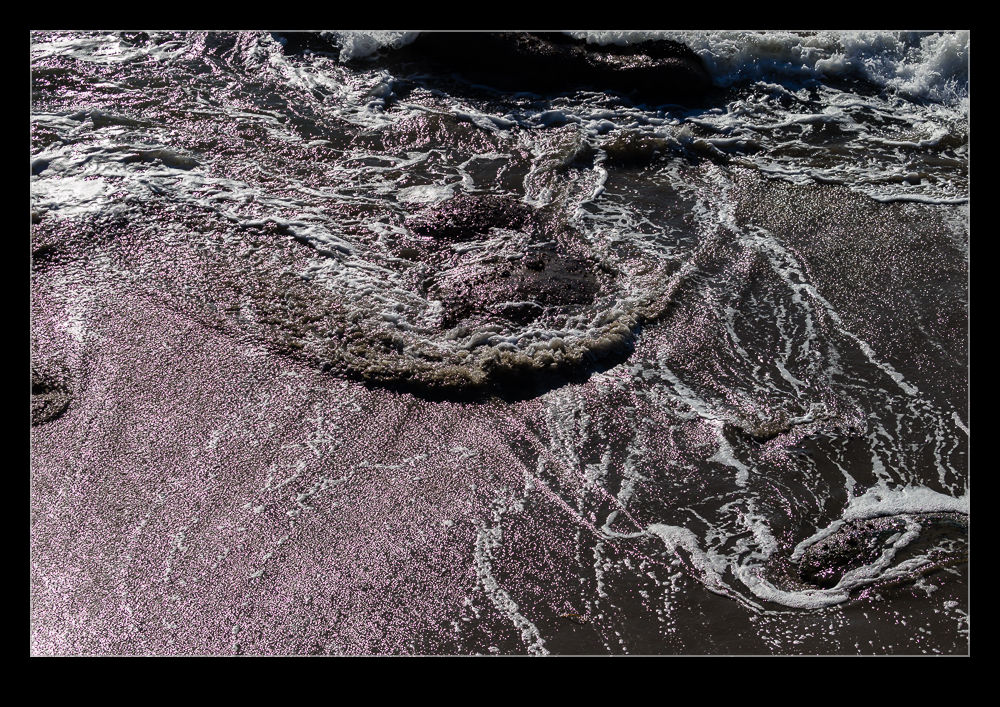 The other interesting aspect is the way the water runs off the sand after the wave has run its course. The gentle undulations in the surface cause the most interesting patterns to develop. The water is coming from multiple directions so the interaction of the flows results in some fascinating shapes. Looking down on these from above, they become quite abstract. 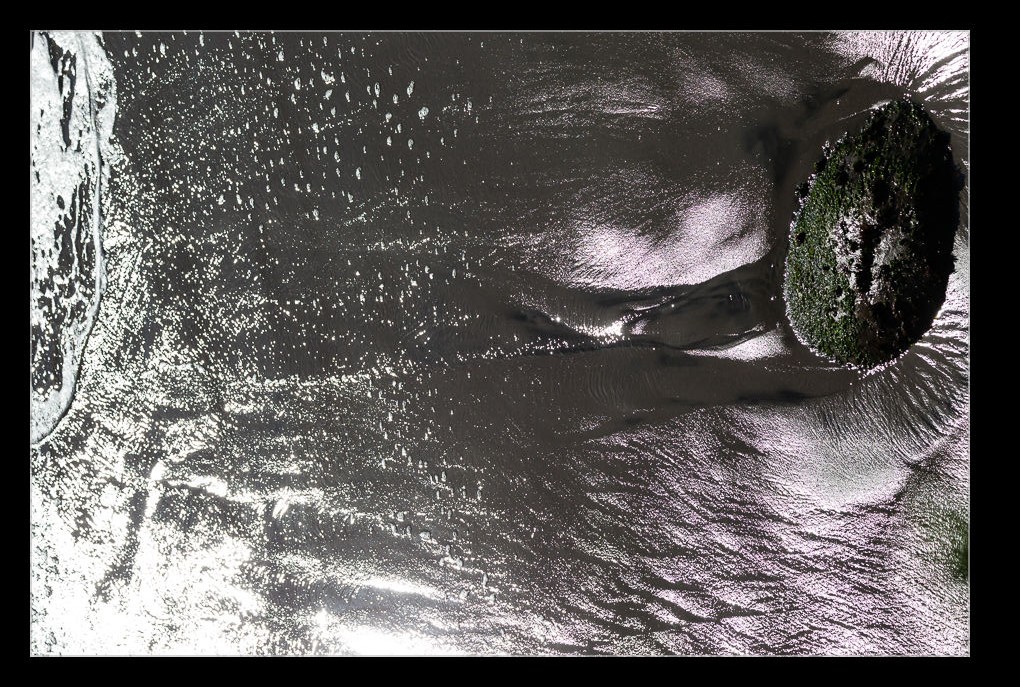 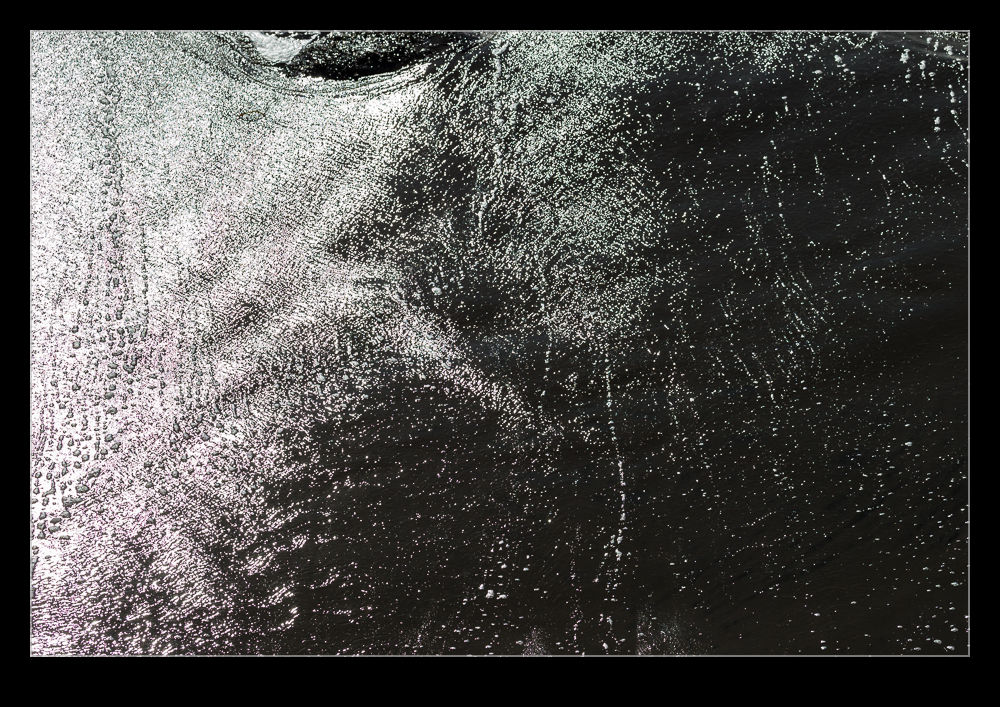