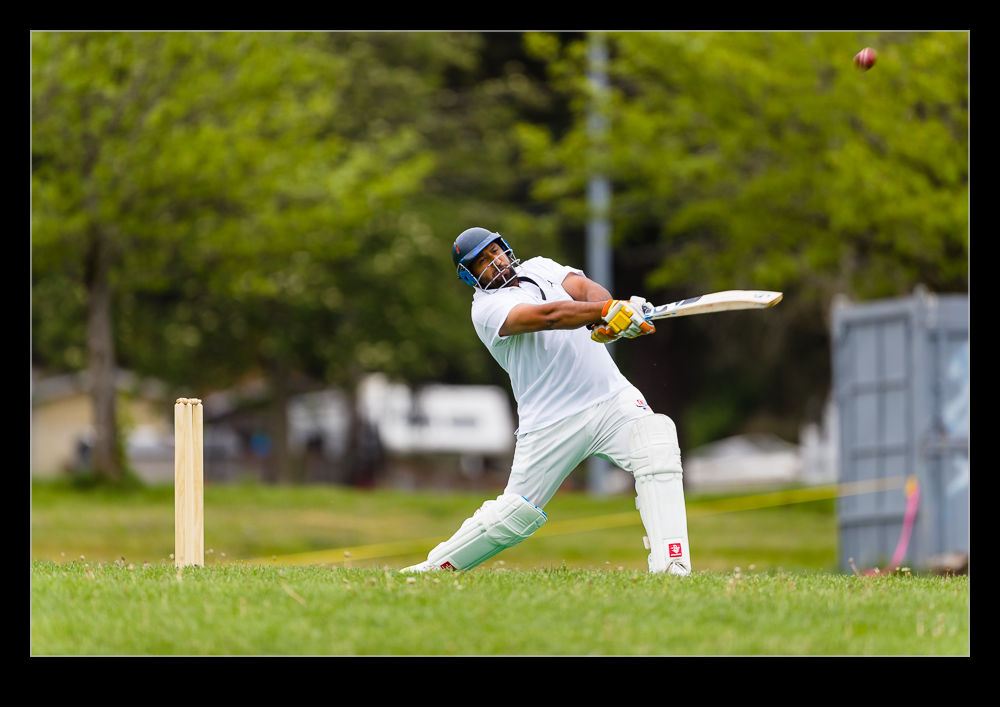 During my exercise to scan old negatives, I came across some photos of a company cricket match I took part in.  It got me thinking about cricket and whether anyone plays the game in the Seattle region.  I figured that the large Indian population in the area might have brought cricket with it.  A quick Google showed a local league with plenty of teams and a game taking place the following day up in Everett.  I figured this was worth a look. 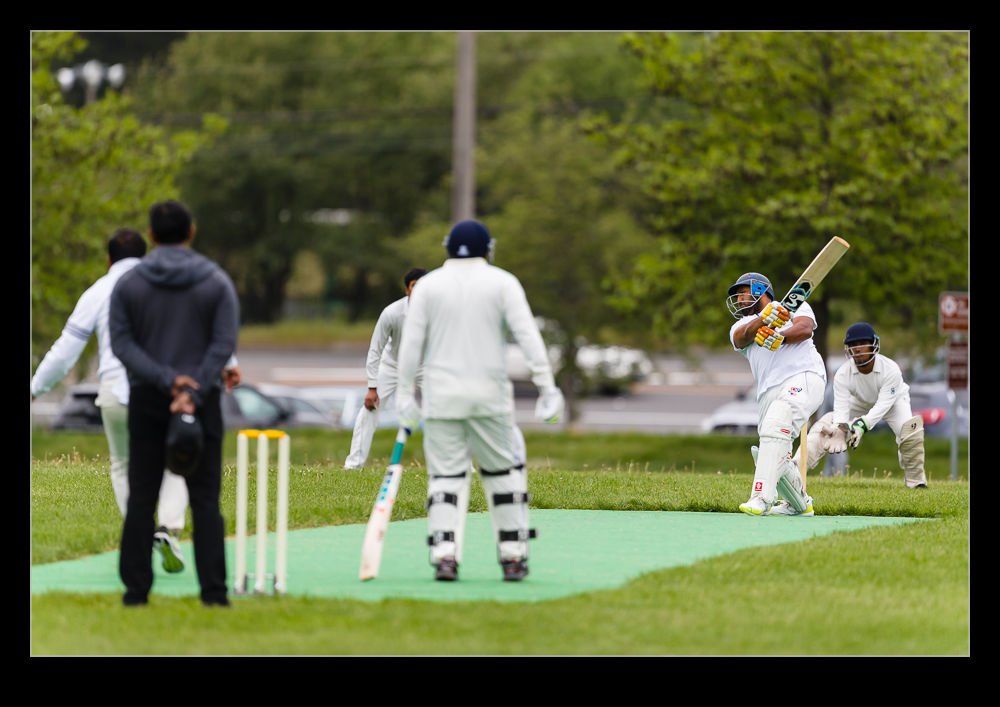 I took a drive up for what was a 40 overs match.  (For those that don’t know cricket, be prepared to be baffled for this post.)  I wasn’t intending to watch the whole game but I wanted to see a bit of the play, get some photos having never photographed cricket in any depth, see what the standard was and have a bit of a flashback to my youth when cricket was a big part of my spare time in the summer.  The Saturday had been a gloriously sunny day but the sunny was cool and overcast so not the good weather for cricket but certainly not unknown in a British summer! 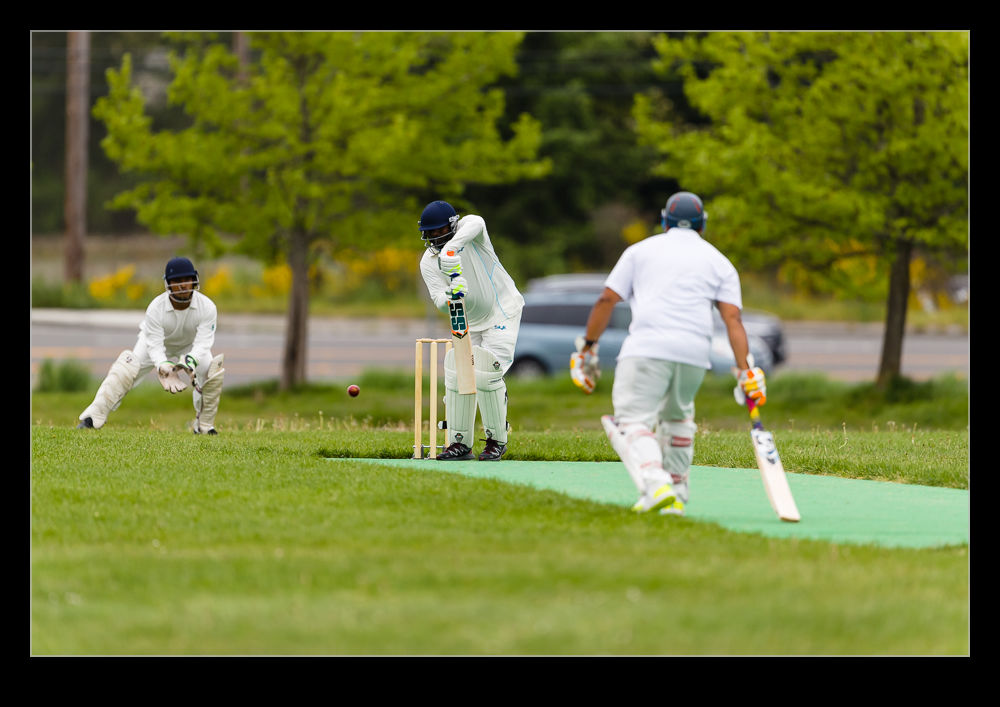 Something about the field that they were playing on meant that they weren’t changing ends at the end of each over.  They just swapped the batsmen over and changed bowlers.  This frustrated me a touch as I was hoping for different views without having to walk all the way around the boundary.  However, I guess the exercise is good for me. 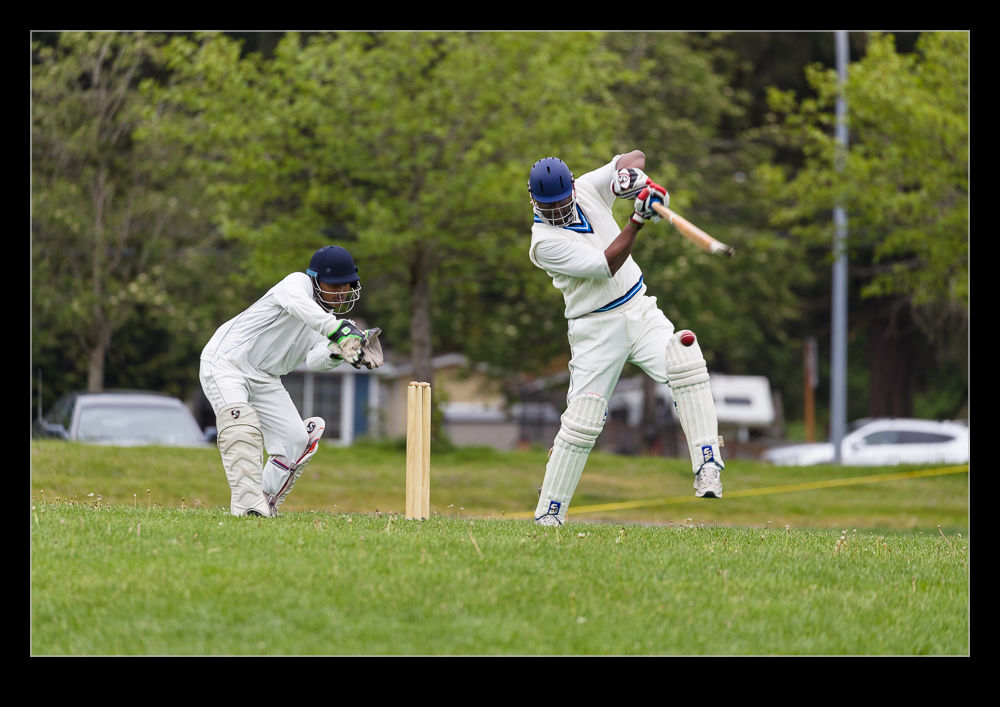 Having never photographed cricket in detail, it was interesting trying to find good angles to shoot from.  I liked trying to have the bowler and batsman in the same shot and switching focus from one to the other was trickier than I anticipated.  I also found that some of the more dynamic poses of the players were reached when the ball was long gone.  I was hoping to have the ball be a feature of the shots so it became a choice of ball position or player position. 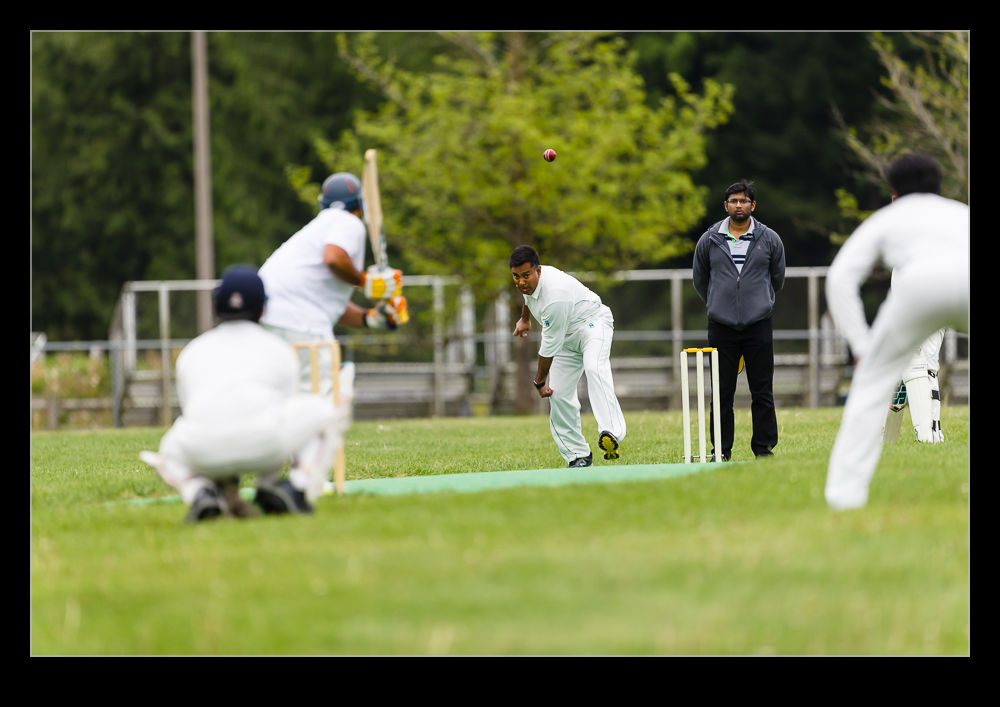 I had a chat to some of the players from the batting side.  One asked me if I wanted to join.  It is a long time since I last played and I wasn’t much good even then.  These guys were not professionals but I would not be setting the world on fire if I joined.  Still, I might look out some other games at some point – preferably on days with a bit nicer weather.  Sitting and watching a game in the sun sounds pretty good.